Warning: This article contains potential spoilers based on the events in the comics.

So much about The Walking Dead season 9 is a mystery – most notably the futures of Rick Grimes and Maggie Rhee.

Added to that is the now-confirmed time jump that will be happening at the start of the season and the change in showrunner (Angela Kang is taking over from Scott Gimple), which means when the AMC drama returns, it will probably look quite unfamiliar. 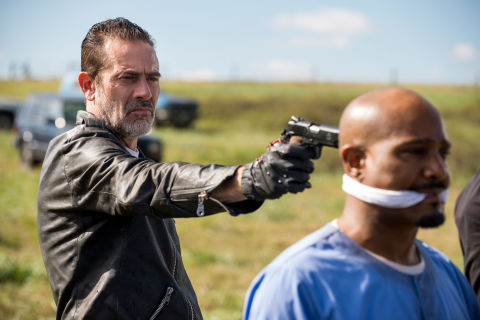 One thing fans have been obsessing about is Jeffrey Dean Morgan’s hair.

A picture that was tweeted earlier this week shows the actor, who plays Negan, with a shaved head and shorter beard. 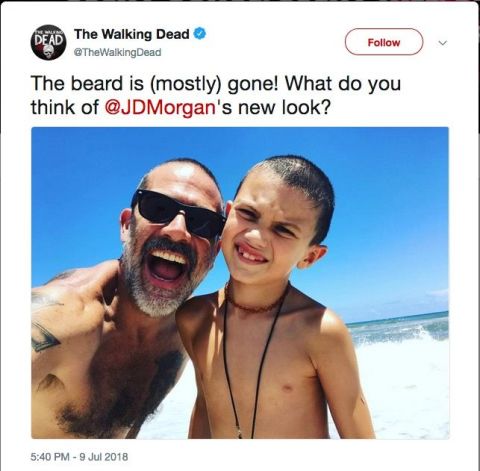 Given that back in April, Morgan looked like this… 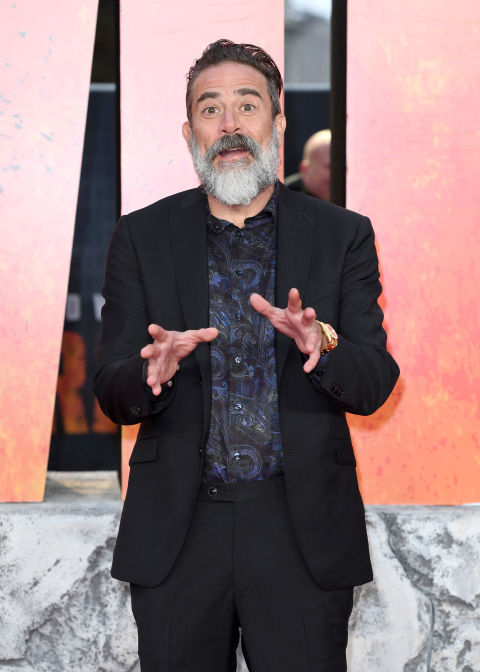 …it raises a lot of questions.

The April picture, taken during an event for Rampage which Morgan features in, suggests that a storyline from the comics will be adapted for the start of the ninth season.

In the comics, after Rick defeats Negan to win the all-out war, it is revealed after a time jump that he has locked Negan up in a makeshift jail cell in Alexandria.

Because a significant amount of time has elapsed, he looks like this: 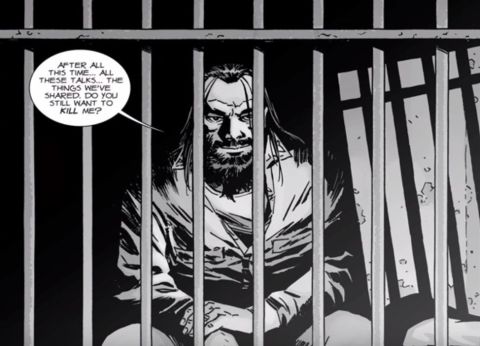 The show is currently shooting season 9A, and so Morgan’s new look shows that – if it is indeed putting Negan in a jail cell – things may not stay the same for too long.

Fans have been speculating on a number of possible explanations for the hair and beard, including Negan escaping his cell (which does indeed happen in the comics at some stage), Negan teaming up with Rick (which does happen… but not for a very, very long time), a second time jump (which does not happen), and Negan getting killed off (which has not happened yet and – let’s be honest – seems pretty doubtful).

The Walking Dead airs on AMC in the US and on FOX and NOW TV in the UK.

Is Kanye West Actually Running for President? A Source Is Confirming He’s ‘Serious’

iPhone 13 mini and iPhone 13 review: Don’t be fooled by the familiar looks