This week’s fake commercial is a real doozy, with big ramifications 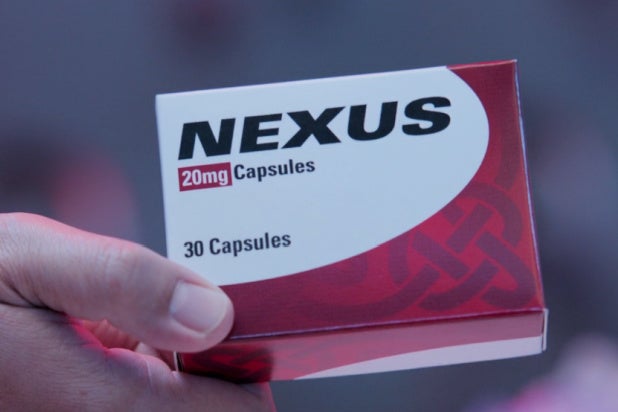 (We’ve got some spoilers ahead for the Marvel series “WandaVision” through the seventh episode. You have been warned.)

Through the first five episodes of “WandaVision,” each of the fake commercials we’ve been getting every week were references to Wanda’s past. But things got weird with that “Yo-Magic” yogurt ad last week, and in episode 7 we got one that seems pretty hugely significant: an antidepressant called Nexus.

“Feeling depressed? Like the world goes on without you? Do you just want to be left alone? Ask your doctor about Nexus. A unique antidepressant that works to anchor you back to your reality. Or the reality of your choice,” the narrator says.

“Side effects include: feeling your feelings; confronting your truth; seizing your destiny; and possible more depression. You should not take Nexus unless your doctor has cleared you to move on with your life. Nexus, because the world doesn’t revolve around you. Or does it?”

This is not a reference to anything we’ve seen in the past of the MCU. Instead, it’s introducing something new. And there are two possibilities about what pieces from the Marvel Comics source material it could be dredging up here.

One is the Nexus of All Realities, which is exactly what it sounds like: a place where every universe and every dimension meet. This would be a pretty obscure thing to bring up — it’s never been a prominent location in the comics, though it did pop up in a recent Fantastic Four book. But I think the other possibility fits “WandaVision” much better.

That other option is Nexus is a reference to the fact that Wanda Maximoff (Elizabeth Olsen) is what’s known as a “Nexus Being.” A Nexus Being is, in a sense, a living version of the Nexus of All Realities. A person so powerful that they can alter the fundamental probabilities of the universe, essentially rewriting reality. A person who is, essentially, the focal point of the universe.

The full breadth of Wanda’s powers in the comics is pretty dramatic — at various points in time she’s been able to do more or less anything she’s wanted to, because generally she has the powers that the narrative demands. And likewise, the Nexus Being concept is such a big idea that it’s not super well-defined. But suffice to say that she’s a Nexus Being because her ability to channel magic is so great that she can draw from the energies of other dimensions and universes of her choosing, including some that even Doctor Strange and the Ancient One can’t touch.

And because of her ability to manipulate time, she also holds sway over alternate versions of Earth.

Given all that, it makes sense that Monica Rambeau (Teyonah Parris) could gain her cosmic superpowers by pushing through the Hex — which Wanda almost certainly is powering, with Agatha pulling the strings. Monica’s power as the superhero Spectrum is extradimensional in the comics, after all.

That ability to interact with alternate versions of Earth, too, could provide an explanation of the appearance of the Evan Peters version of Pietro. My running theory now is that this really is the Fox “X-Men” version of that character, pulled through the multiverse subconsciously (or at Agatha’s behest) by Wanda — and then forced to play the part of the MCU version of Pietro for this wacky “WandaVision” sitcom life.

Beyond specific things from the comics, there are two other options for what this Nexus commercial could represent. Obviously, it could be something new created for the MCU that encompasses the general multiversal ideas of both Nexus Beings and the Nexus of All Realities. Obviously it would be tough to guess what its nature would be if it was brand new, but it would be very MCU to take general concepts like these and utilize them for a new purpose on-screen.

Remember, the MCU rarely follows comic plotlines, even when they borrow titles. “Captain America: Civil War” had very little in common with the “Civil War” comic book stories, for example. And the Infinity Saga overall just took the most basic nugget from the “Infinity War” comic story — Thanos gathering the Infinity Stones and then using them to wipe out half the universe with a snap of his fingers — and was otherwise completely different in every way.

Finally, this could just be a fun nugget for fans of the comics who will recognize that connection with Wanda. And, thus, would in that case not actually be something that will figure into the plot.

Whatever the answer is, we’ll find out what it is soon. There’s just two episodes of “WandaVision” left to go.

Three Music Industry Trends From Quarantine That Are Here To Stay