The 58-year-old presenter stepped into the driving seat for the much-loved quiz show's revival. 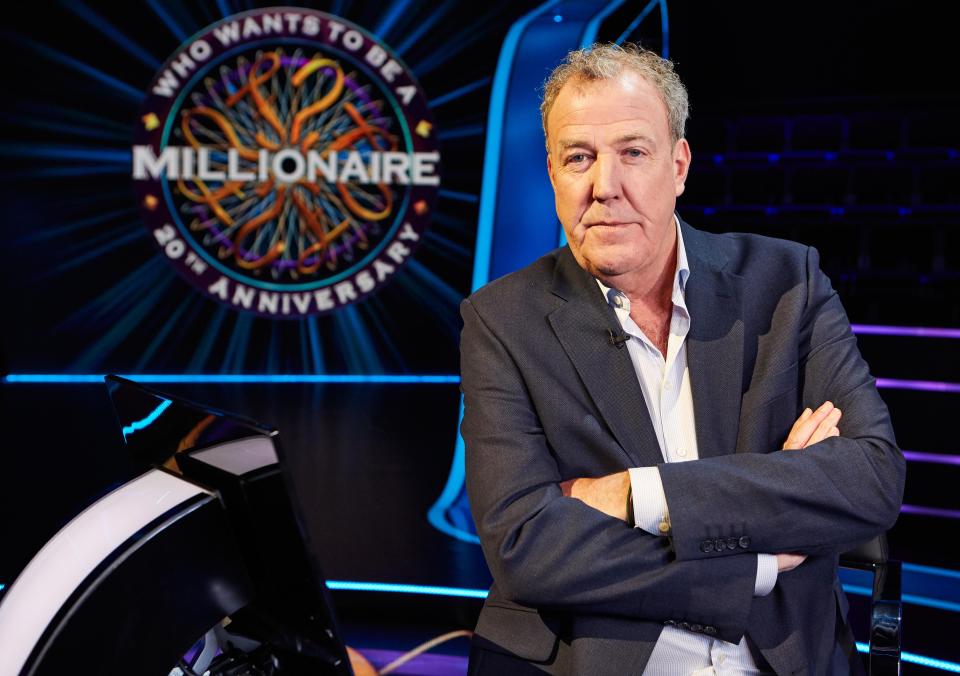 Opening the show, Sun columnist Jeremy joked about changes to the format but added: "In essence it's still the same. Answer 15 questions correctly and you win one million pounds."

Nobody was safe from Jeremy's trademark wit as anyone from Donald Trump to Richard Hammond came in the firing line.

The presenter showed he's also unafraid of poking fun at the hopefuls in the hot seat, as he begged the second candidate to do better than prison officer Ricky.

Walking away with just £8000, Ricky used up all of his lifelines earlier than the host was expecting. 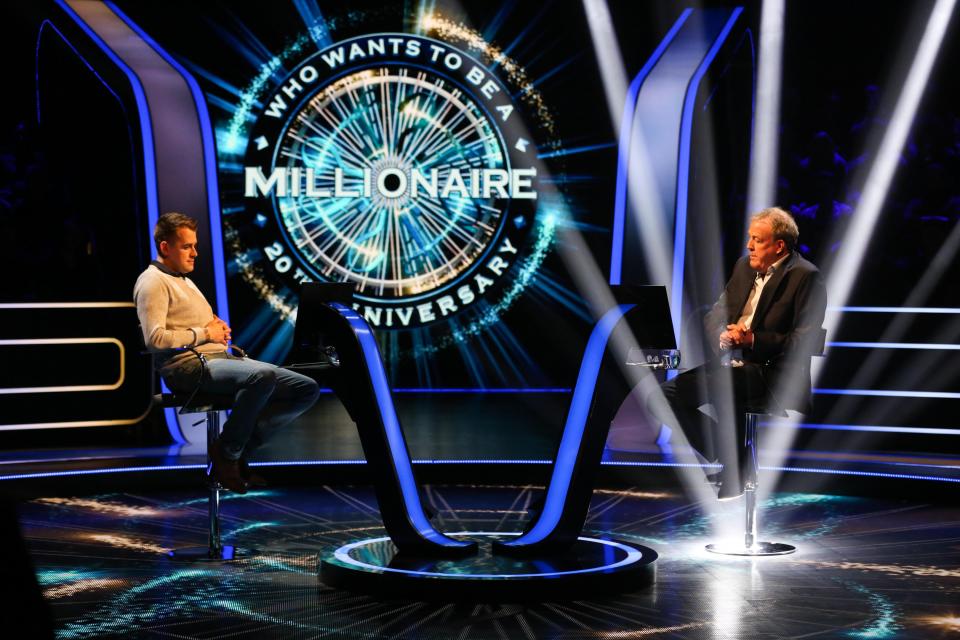 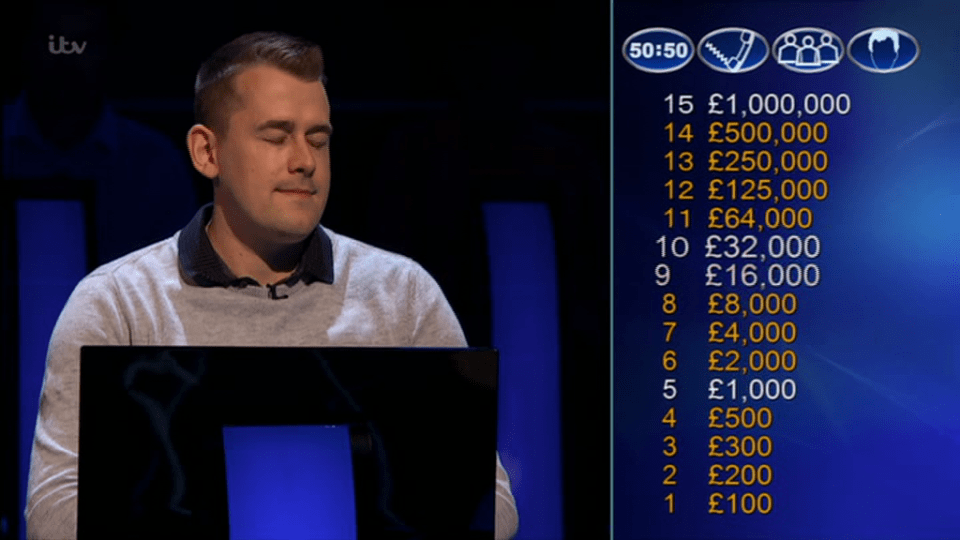 Second contestant Heather from Woking ended up with just £1000 after answering a question incorrectly.

The revamped show featured a series of updates for the modern day.

A new lifeline sees the contestant ask host Jeremy his opinion on the answers. The host seemed uneasy when prison officer Ricky asked him to offer up advice on cricket.

But despite Jeremy claiming to know nothing on the sport, he gave the correct answer.

The new series also sees the end of cheques being written out, with Jeremy having a button that electronically transfers the cash to the contestant's bank account. 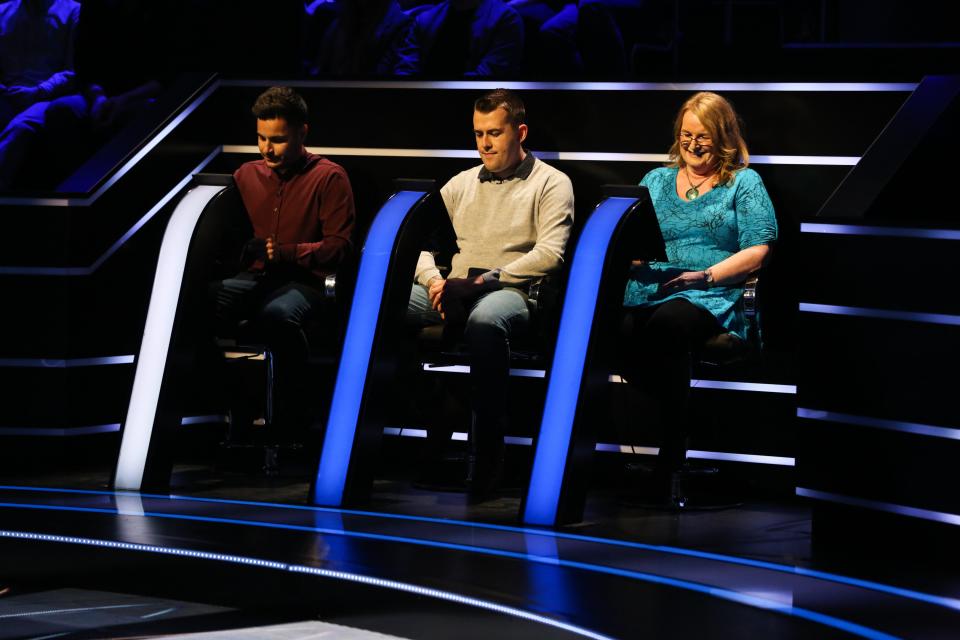 A third rule change sees the contestant able to select where they place a "safety net" – the marker that means if they answer a question incorrectly, they won't go home empty handed.

Fans rushed to Twitter to praise the new presenter, with one viewer saying it was "the highlight" of their year.

Another put: "@JeremyClarkson is brilliant and a perfect choice of host." 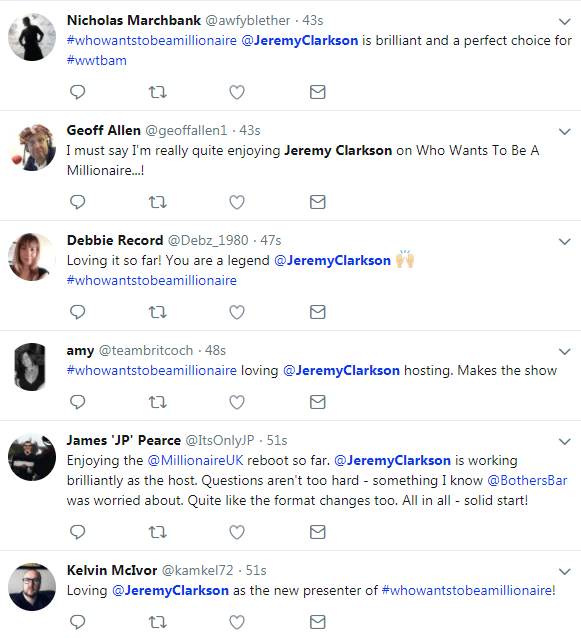 A third begged Jeremy to return for a full series after the 20th anniversary specials.

They commented: "@JeremyClarkson fancy making this new series of Millionaire a regular thing? Absolutely love it so far. Cheers in advance."

Your Complete Horoscope for September 2018