That may sound like the beginning of a joke, but what results is no laughing matter on Friday’s all-new episode of “Warrior,” the Cinemax series based on a story concept by the late Bruce Lee. Colorfully titled “The Blood and the Shit,” the episode takes a detour from the rest of the season by having Hop Wei members Ah Sahm (Andrew Koji) and Young Jun (Jason Tobin) travel outside of the familiarity of San Francisco’s Chinatown on a stagecoach through the Sierra Nevada. When they’re forced to spend the night with strangers at a frontier saloon in the middle of nowhere, things heat up when a notorious outlaw arrives on the scene.

Directed by Kevin Tancharoen (“Agents of SHIELD,” “The Flash,” “Iron Fist”), the episode builds to a violent climax that mixes Old West gunplay and badass kung-fu. The episode also includes guest star C.S. Lee as Lu, a Chinese immigrant who’s made the saloon his life.

“Just as an Asian American, it’s incredible to be on a set where I had a moment to look around and be like, ‘Oh my god, most of these actors are Asian,’” said Tancharoen. “That’s crazy. I’m not used to that.

“If I was younger, like a teenager, I would have loved to see a show starring Andrew Koji, an Asian American male who’s not playing a cartoon character. That’s what I’ve been waiting for, for a very long time,” he added. “Andrew is doing a very good job at paying honor to Bruce, but also making Ah Sahm his own real character that he brought to the table. Andrew is so good at playing that tortured, silent James Dean type. David Carradine even called Bruce Lee the James Dean of martial arts.”

Take a look at the four exclusive sneak peek photos of “The Blood and the Shit” and check back for IndieWire’s full interview with Tancharoen and writer Kenneth Lin (“House of Cards”) breaking down the episode. 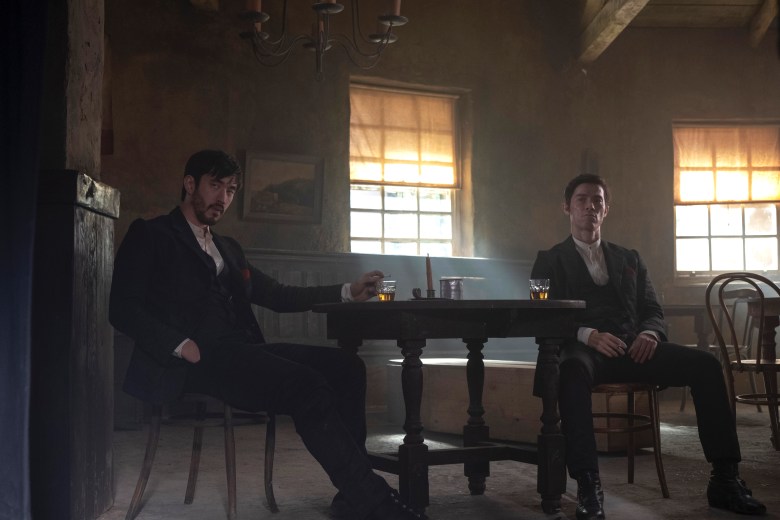 Ah Sahm and Young Jun just enjoying a couple of whiskeys, while transporting precious cargo that can be seen in the background. 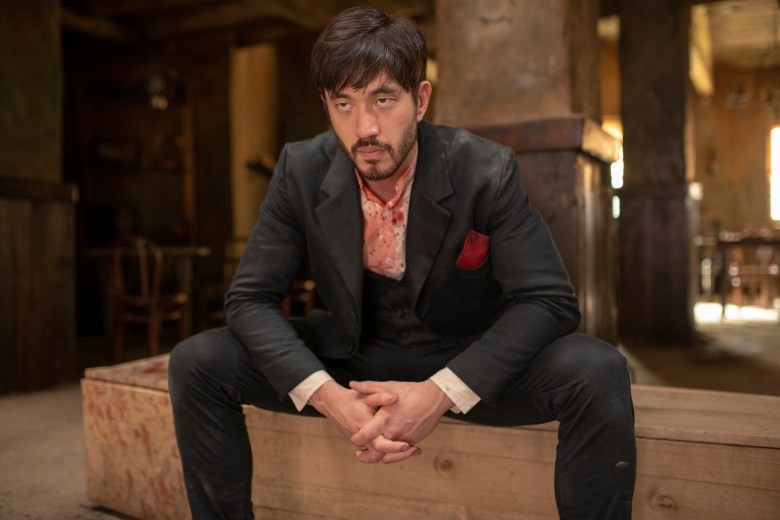 Here’s a closer look at that box. 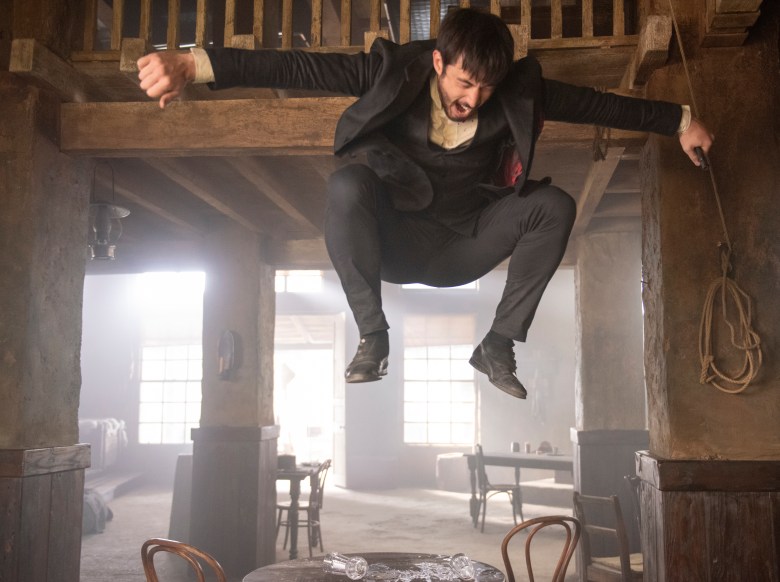 Ah Sahm jumps into the fray. 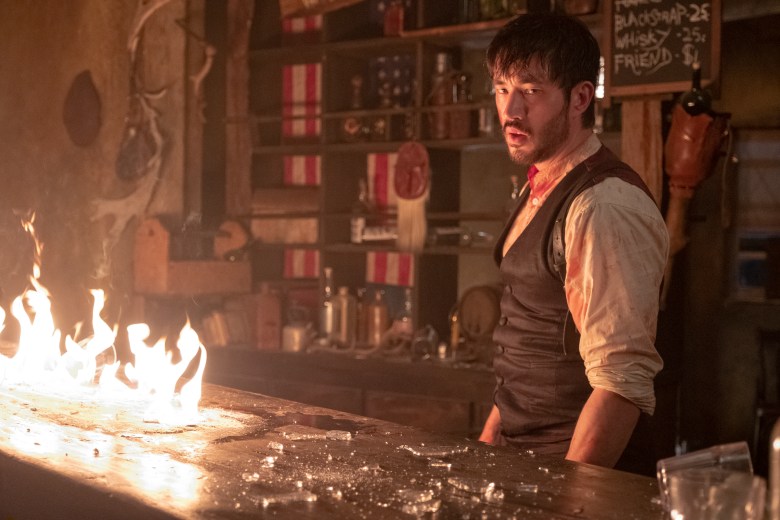 Relaxing after a hard day’s work with a drink by the fire.

Watch a preview of Episode 5, “The Blood and the Shit” below: