Star Wars and Harry Potter actor Warwick Davis has opened up about the deaths of his first two children in a heartbreaking conversation.

The star was talking to Bear Grylls on yesterday’s (June 26) Bear’s Mission with Warwick Davis on ITV, when he discussed how he and wife Samantha lost their first two babies, Lloyd in 1991 and another baby who was stillborn. 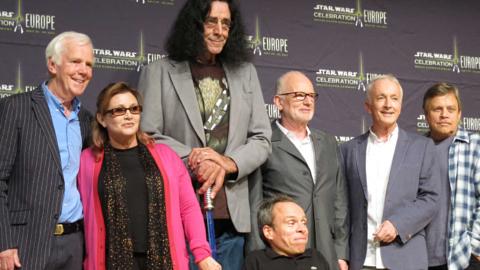 [Warwick with his Star Wars co-stars]

He said: “Prior to Annabelle and Harrison we had a baby boy, Lloyd, who inherited both our conditions… and that is something that proves fatal.

“It’s something that a baby won’t survive. But Lloyd, he lived for survived for nine days, but yeah he was beautiful… but it was a tough time. And yeah, we had a stillborn too.”

He adds that, although it was a very difficult period for himself and his wife, that it “makes you stronger” and also brought them closer as a couple. 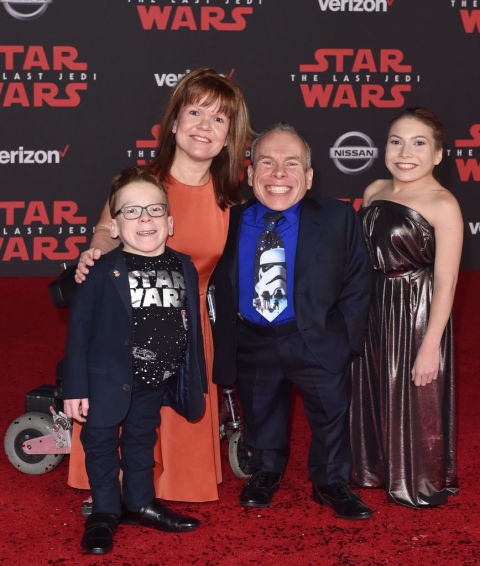 Since then, the couple have become parents to a daughter named Annabelle, who is 21, and a 15-year old son called Harrison.

Following the broadcast, Davis – who appeared on This Morning earlier this week – thanked fans for their messages on Twitter.

“Thank you Twitter friends for all your lovely comments about my mission with the one and only @BearGrylls on @ITV tonight,” he wrote.

“I am so privileged to have the opportunity to do all the amazing things I do in my life, and this experience is up there with the very best. Cheers Bear!”

Last year, Warwick appeared on genealogy series Who Do You Think You Are? where he learned some very surprising facts about his family tree.