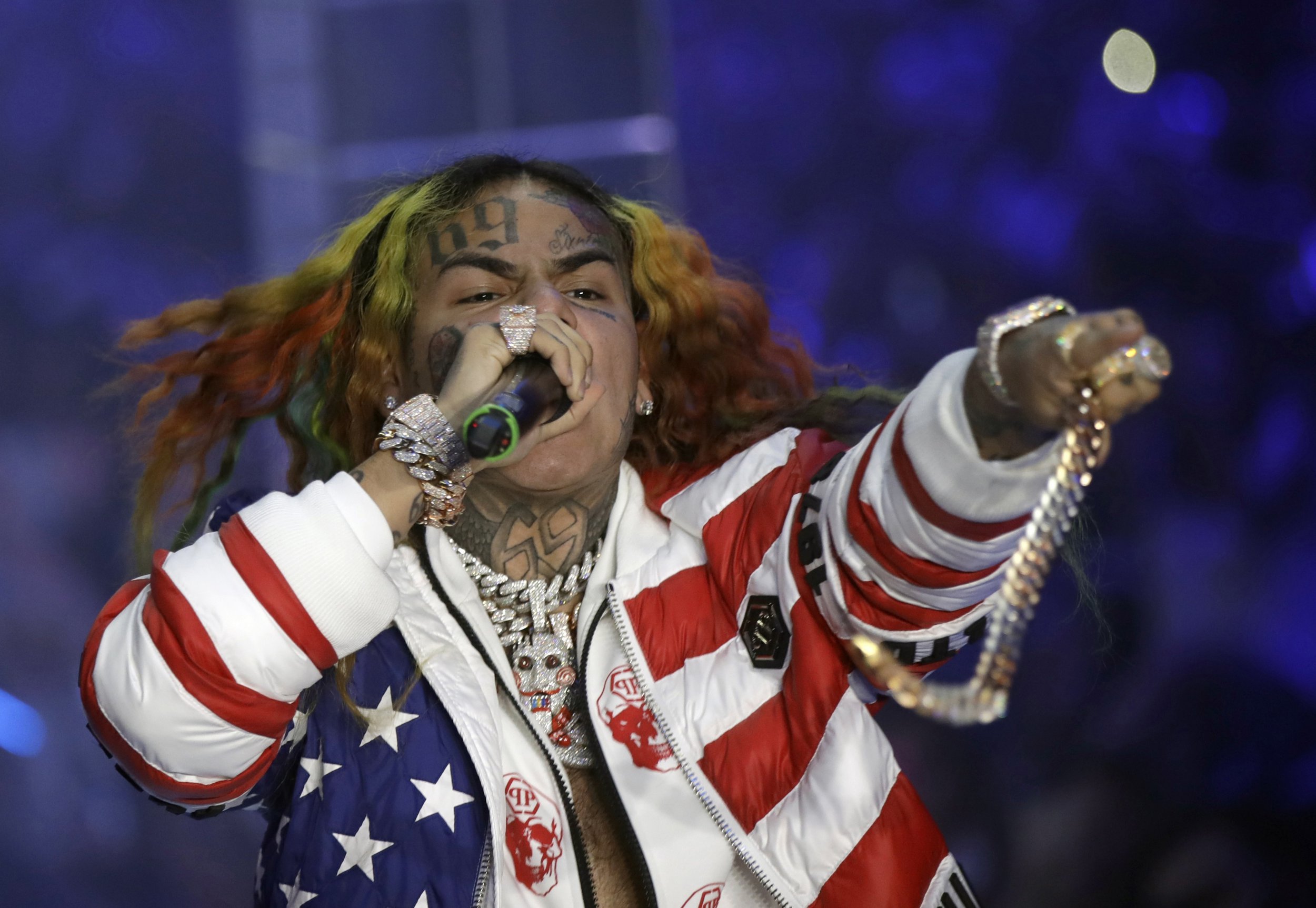 A tweet with over 21K likes shows images of what appears to be a hacked 6ix9ine Spotify account on the morning of Saturday, October 16, 2021.

The tweet reads: "BRO WHO HACKED 6IX9INE’S SPOTIFY LMMMAOOOOOOOO", followed by pictures of the alleged hacking.

"I grew up always wanting to be like Trippie redd and lil durk I’d let them hit my girl and my mom. My mom p***y stank I came from the sewer. wack 100 my boyfriend and he secretly crip".

The photo also shows a meme where 6ix9ine changes into a rat.

Trippie Redd and Lil Durk both have had public beef with 6ix9ine.

There are no reports that Trippie Redd or Lil Durk had anything to do with the alleged hacking.

The images and artist biography only remained up for a few hours, and it is unknown as to who allegedly hacked the account. 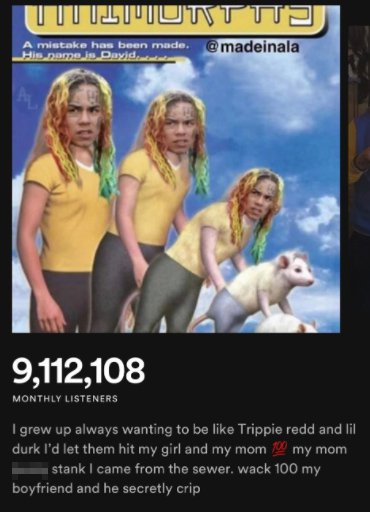 He's a rapper who is mostly known for his legal issues and beef with other celebrities.

6ix9ine got his start with rapping in 2012, when he met Peter "Righteous P" Rodgers, CEO of New York record label Hikari-Ultra. He began releasing music in 2014.

His debut commercial single, Gummo, was released in 2017 and quickly rose to number 12 on the US Billboard Hot 100 list. The song became certified platinum in 2018.

In 2018, he was arrested on racketeering, weapons, and drug charges. In February 2019, he pleaded guilty, and was sentenced to two years in prison.

Is 6ix9ine still in prison?

6ix9ine pleaded guilty to a felony count of use of a child in a sexual performance and received a four-year probation period and a 1,000-hour community service order in 2015.

In 2018, following his arrest, he pleaded guilty to nine charges including conspiracy to commit murder and armed robbery.

He received only two years in prison after testifying against fellow gang members.

Because of the COVID-19 pandemic, he was granted early release in April of 2020. He was put on house arrest until his actual release in August of 2020.