If you’re anything like us, you watched Barb and Star Go to Vista Del Mar and couldn’t help but wonder what gems would be found in the movie’s outtakes. Wonder no more: ET is exclusively debuting the gag reel. Come for Annie Mumolo and Kristen Wiig making each other break, stay for Jamie Dornan seducing the camera and playing sax and falling on the floor laughing.

“Jamie is hilarious. He is one of the funniest people,” Mumolo told ET, with Wiig adding, “He was kind of up for anything and he added stuff and improvised and he was just hilarious.”

At the :26 second mark, you can also glimpse a bonkers-sounding deleted setup between Dornan and Damon Wayan Jr.’s characters that director Josh Greenbaum told ET about. Watch the video above.

“After Edgar loses the chip, Darlie Bunkle says, ‘Meet me at this restaurant, Pasta and Stuff, and I’ll give you a new chip. But please, wear this disguise.’ And the disguise is a Hulk Hogan wig and a Tylenol T-shirt,” he said. “We shot this massive sequence where Darlie says, ‘Now, I’m going to sneak out of here like a spy’ and, of course, he makes the most noise and ruckus ever, and ultimately almost explodes the entire restaurant.”

See even more bloopers, deleted scenes and bonus behind-the-scenes featurettes when Barb and Star Go to Vista Del Mar arrives on Blu-ray and DVD on April 6. 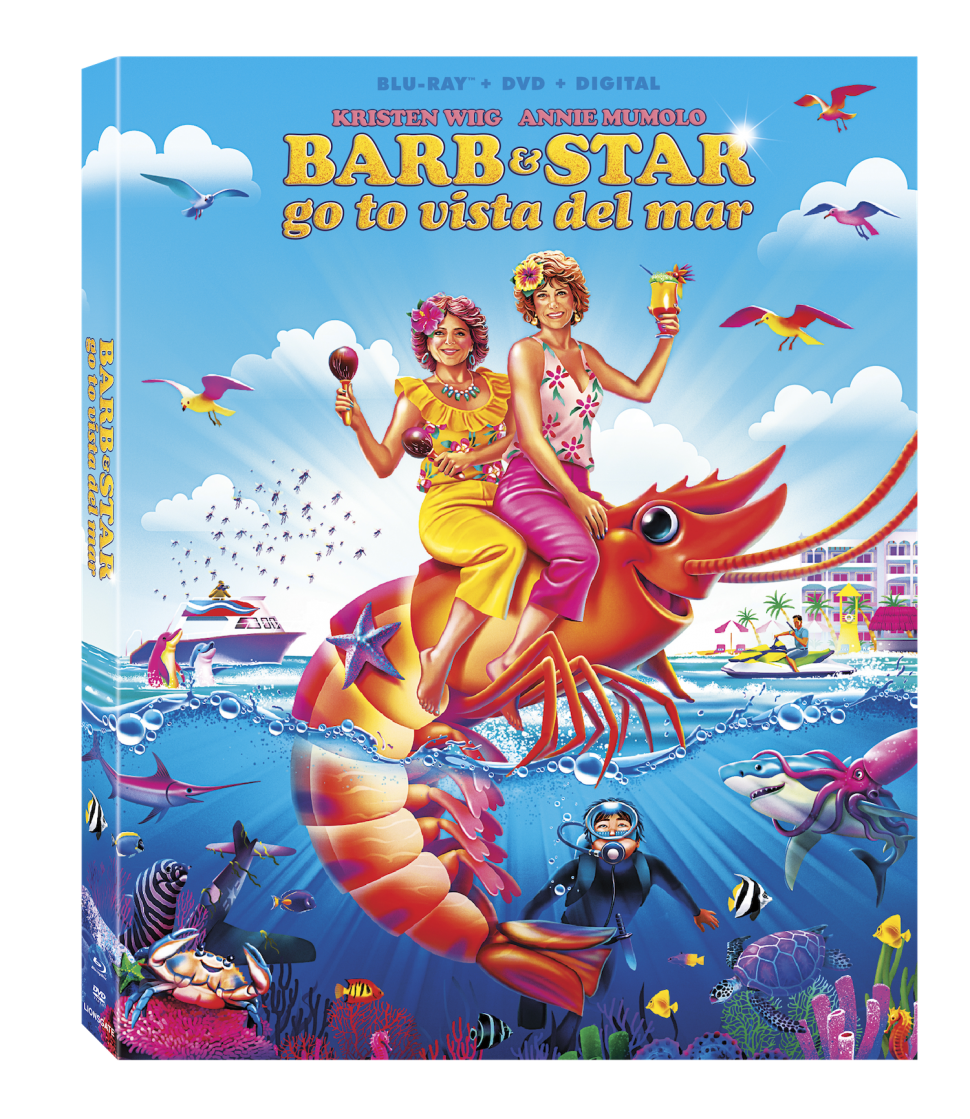 Scrapping Tokyo Olympics would be felt around the world

There’s video of Oprah handing out tequila shots in her PJs and we love it!