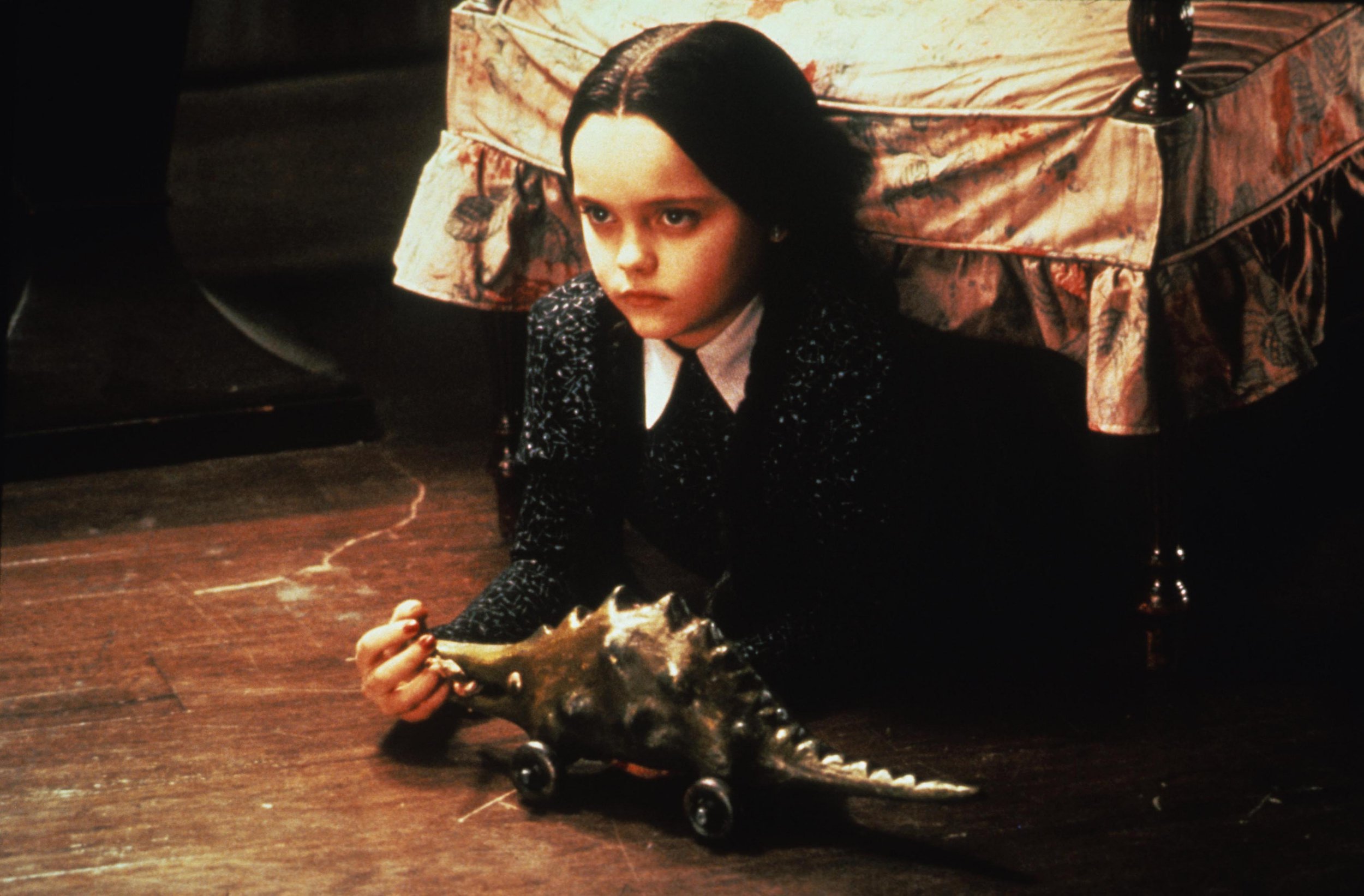 The quick-witted, miserable, homicidal character has long been the poster child for goth girls everywhere and a go-to Halloween costume when all you have is a black dress and long hair.

Now, the true star of The Addams Family is getting her very own show, as Tim Burton makes his television directing debut with his first live-action show.

Titled Wednesday, the coming-of-age comedy charts Wednesday Addams’ years as a student at Nevermore Academy, where she attempts to master her emerging psychic ability, thwart a monstrous killing spree that has terrorised the local town, and solve the supernatural mystery that embroiled her parents 25 years ago — all while navigating her new and very tangled relationships at Nevermore.

Netflix’s Teddy Biaselli, director of original series at Netflix, described Wednesday Addams as the ‘ultimate lone wolf’, and explained why the streamer jumped at the chance to host the show, written by Smallville creators Al Gough and Miles Millar.

He said: ‘When we first heard Al Gough and Miles Millar’s pitch for Wednesday we were struck, like an arrow from a crossbow, right in our hearts. They nailed the tone, the spirit and the characters, but gave us a fresh way into this story.

‘We then got the call that visionary director and lifelong Addams Family fan Tim Burton wanted to make his television directorial debut with this series.

‘Tim has had a history of telling empowering stories about social outsiders like Edward Scissorhands, Lydia Deitz and Batman. And now he brings his unique vision to Wednesday and her spooky classmates at Nevermore Academy.’

Burton will also executive produce alongside a number of producers associated with previous iterations of The Addams Family.

Considering how many goth icons Burton has brought to life on screen – from Beetlejuice to Edward Scissorhands – it’s almost surprising that he hasn’t been in charge of Wednesday’s antics before.

News of the show was first reported last October, with Netflix having been ‘top of the list’ of landing the eight-episode series.

The cast has yet to be announced for the YA show.

The macabre clan Addams Family was created back in 1938 by cartoonist Charles Addams, and has been brought to both the big and small screens on numerous occasions over the years.

She was originally played by Lisa Loring in the sixties sitcom, and most recently was voiced by Chloe Grace Moretz in the 2019 animated comedy The Addams Family, which also featured the voices of Allison Janney, Bette Midler, Charlize Theron and Oscar Isaac; a sequel is set to be released later this year.

Katy Perry Just Wore a Dress Made *Entirely* of Corsets

Hailey Bieber Just Gave Away How Justin Bieber Winds Down