Next week’s Westworld is definitely not an episode to be missed.

Newly-released photos from season 2, episode 2 ‘Reunion’ gives away that two characters key to the robotic hosts’ revolution will be crossing paths for only the second time ever. Have a look below: 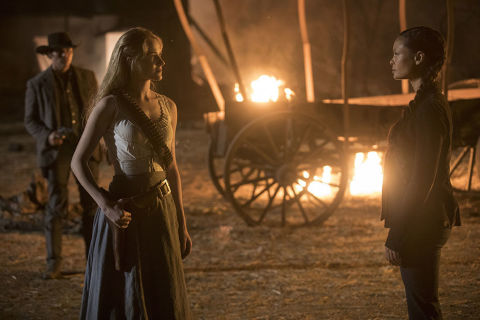 As you can see, Maeve’s (Thandie Newton) quest to find her missing daughter in the park will see her meeting up with Dolores (Evan Rachel Wood) right in the middle of her brutal killing spree.

Whether these two will be friends or foes remains to be seen, but it’s worth keeping in mind that Maeve made it clear to Lee (Simon Quarterman) in last weekend’s premiere that she supports the uprising.

Maeve and Dolores only met once before on-screen, in the first season episode ‘Chestnut’, in which the malfunctioning Dolores whispered to Maeve that conscious-expanding phrase: “These violent delights have violent ends.”

Another of HBO’s promotional photos features everyone’s favourite cowboyTeddy Flood (James Marsden), looking alive and well. We imagine this shot is from one of the flashback sequences, since Teddy was last seen drowned in that terraforming lake. 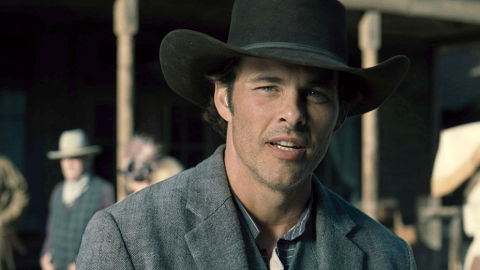 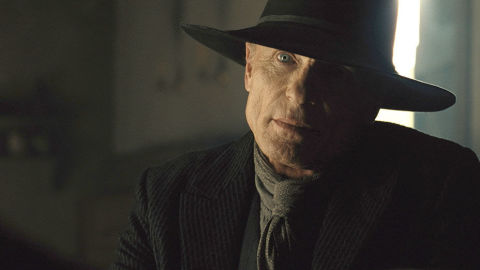 There’s an intimidating glimpse of The Man in Black (Ed Harris) too, in addition an intriguing image of Dolores in an unfamiliar black dress — is this our first glimpse into the outside world?

Last weekend’s trailer included brief shots of what appeared to be a posh flat in the real world, seemingly making good on co-creator Jonathan Nolan’s promise that season two is a “journey outward”. 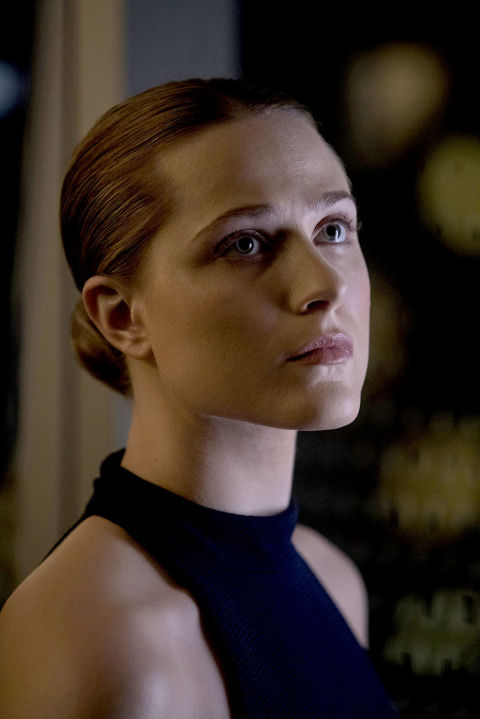 “This year is much more of a road show – Sweetwater isn’t home anymore,” he promised.

Westworld airs on HBO in the US and on Sky Atlantic and NOW TV in the UK.