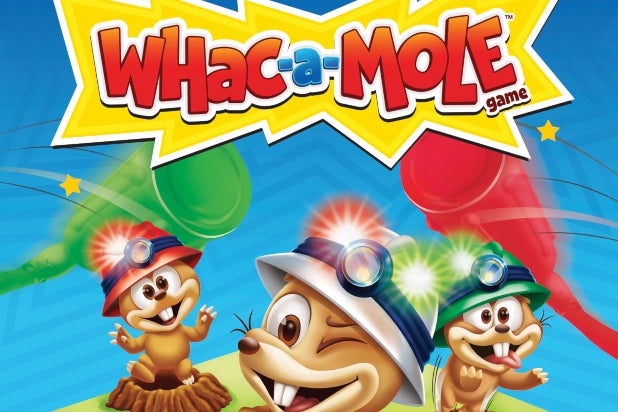 Mattel Television is set to develop a game show inspired by the game Whac-A-Mole, the company announced Monday.

The toymaker is developing the series with “America’s Got Talent” producer Fremantle.

Here is how Mattel is describing the series: The Whac-A-Mole game show will turn the iconic game into an elimination competition during which opposing teams will use their skill, strength and endurance to face off to become the ultimate Whac-A-Mole champion. The unscripted series will incorporate life-sized Whac-a-Mole, races and obstacle courses, along with a surprising twist that will awe participants and audiences alike.

“Whac-A-Mole is a beloved, action-packed arcade game with a deep fan following, and the interactive nature and comedic energy of the game makes it a great franchise for episodic television,” said Adam Bonnett, Executive Producer, Mattel Television, who is leading the development project for Mattel. “Jayson and the team at Fremantle have had unparalleled success creating iconic reality television series and are the perfect partners to help us bring this classic game to life in new ways.”

“We’re so excited to have the iconic Whac-A-Mole brand as our newest playground,” said Jayson Dinsmore, President of Alternative Programming and Development, Fremantle. “Partnering with Mattel to bring this classic game to television in a dynamic and synergistic life-sized world is a dream come true.”

Whac-A-Mole originated as a popular arcade game in 1976 and consists of a cabinet with five cut-out holes cut with moles hidden in each. They pop out randomly, at which time the player whacks them with a large, soft mallet, hence the name of the game. In addition to its arcade roots, Mattel first turned Whac-A-Mole into a tabletop game in 2009. This spring, Mattel will be re-releasing Whac-A-Mole, the original tabletop game, as well as introducing Whac-A-Mole Match-A-Mole, which incorporates the traditional gameplay into a matching card game.

Along with Whac-A-Mole, Mattel is also developing “The UNO Game Show” based on the card game, with Ben Silverman, Howard T. Owens and Greg Lipstone of Propagate, the production company behind “Charmed,” “Running Wild with Bear Grylls” and “Chopped,” and John Quinn, producer of “Card Sharks” “Let’s Make a Deal” and “Match Game”.