Home » TV & Movies » What happened to the Sabrina The Teenage Witch cast 25 years on? From sex toy shock to repairman job to 'pay the bills'

SABRINA The Teenage Witch was a TV favourite for Nineties' teens -but after it finished many of the stars seemed to magically disappear. 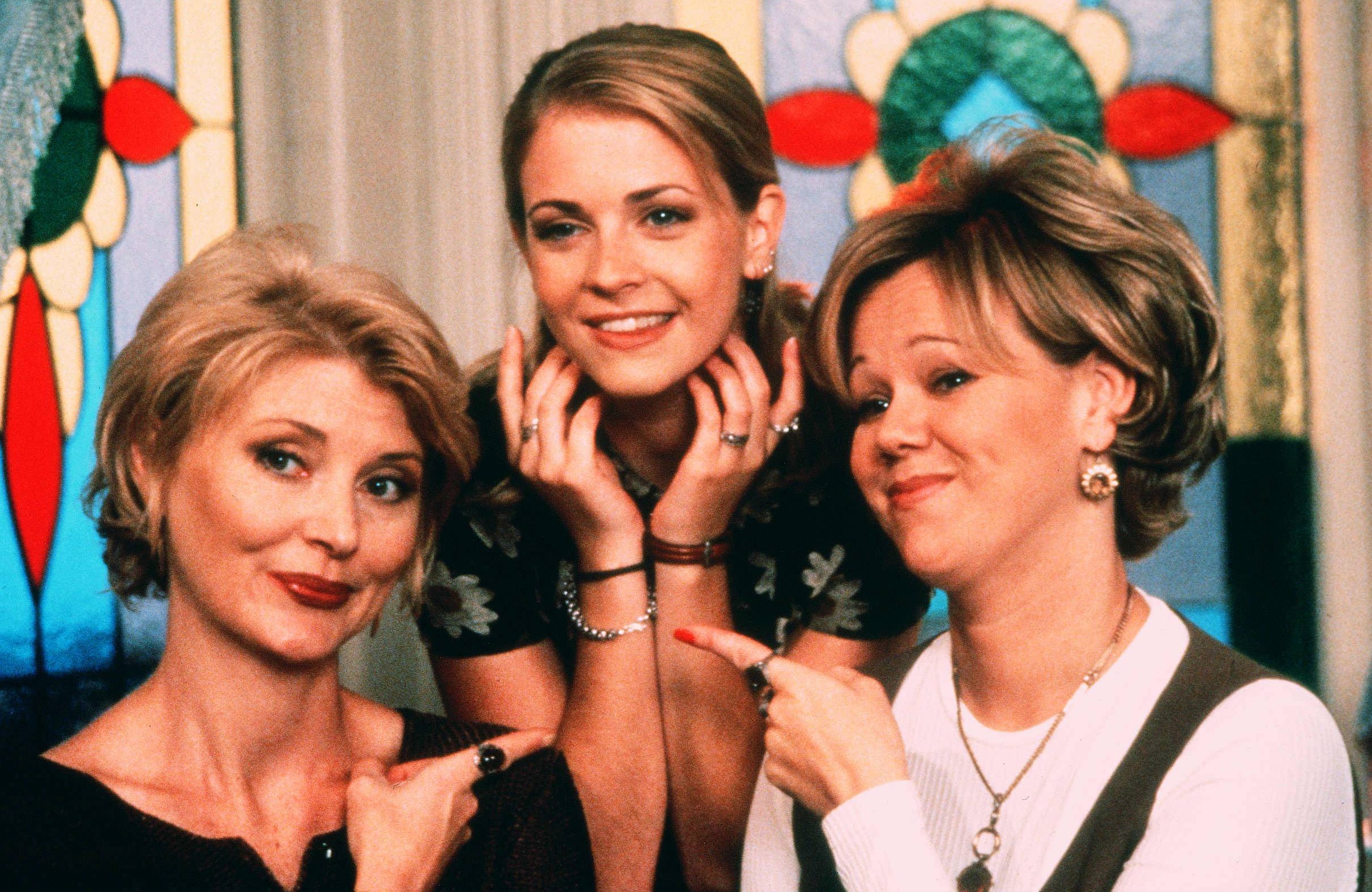 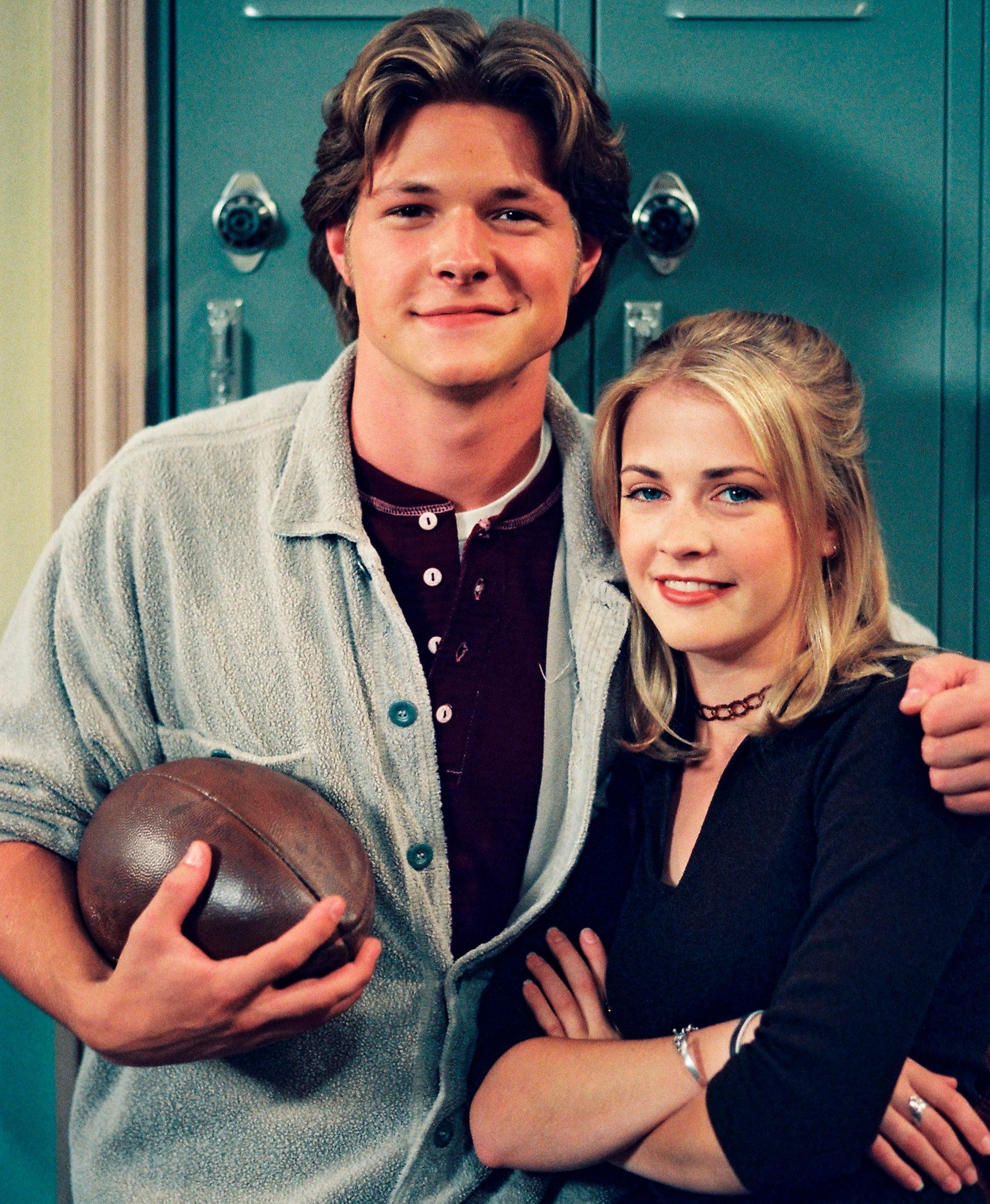 After it premiered on September 27, fans were treated to a whirlwind of love triangles, magic spells gone wrong and snarky comments from Salem, The Cat.

From heartbreak to hilarity, Sabrina fans experienced a range of emotions until the show ended on April 24, 2003.

There were several spin-offs – including four-part Netflix reboot Chilling Adventures Of Sabrina – but the shows failed to cast a spell over audiences and have been scrapped.

Many still think fondly about the original Sabrina The Teenage Witch cast – but where are they now?

Prior to taking on her landmark role of Sabrina in 1996, Melissa was already a well-established name.

By the age of five, she had appeared in five TV commercials and later starred in TV shows including the Nickelodeon series Clarissa Explains It All.

Melissa won three of four nominations for Young Artist Award, recorded two music albums and had a cameo in Are You Afraid Of The Dark.

After being cast as Sabrina, she dropped out of New York University – and while she played a sweet teen onscreen, she was a bit of a wild child in real life.

In 2019, Melissa admitted she was “running with a bad crowd” in her younger years and partied with drugs and alcohol as well as visiting the Playboy Mansion.

She told Life & Style magazine: “I experimented with weed, ecstasy, mushrooms and mescaline for about a year-and-a-half.” 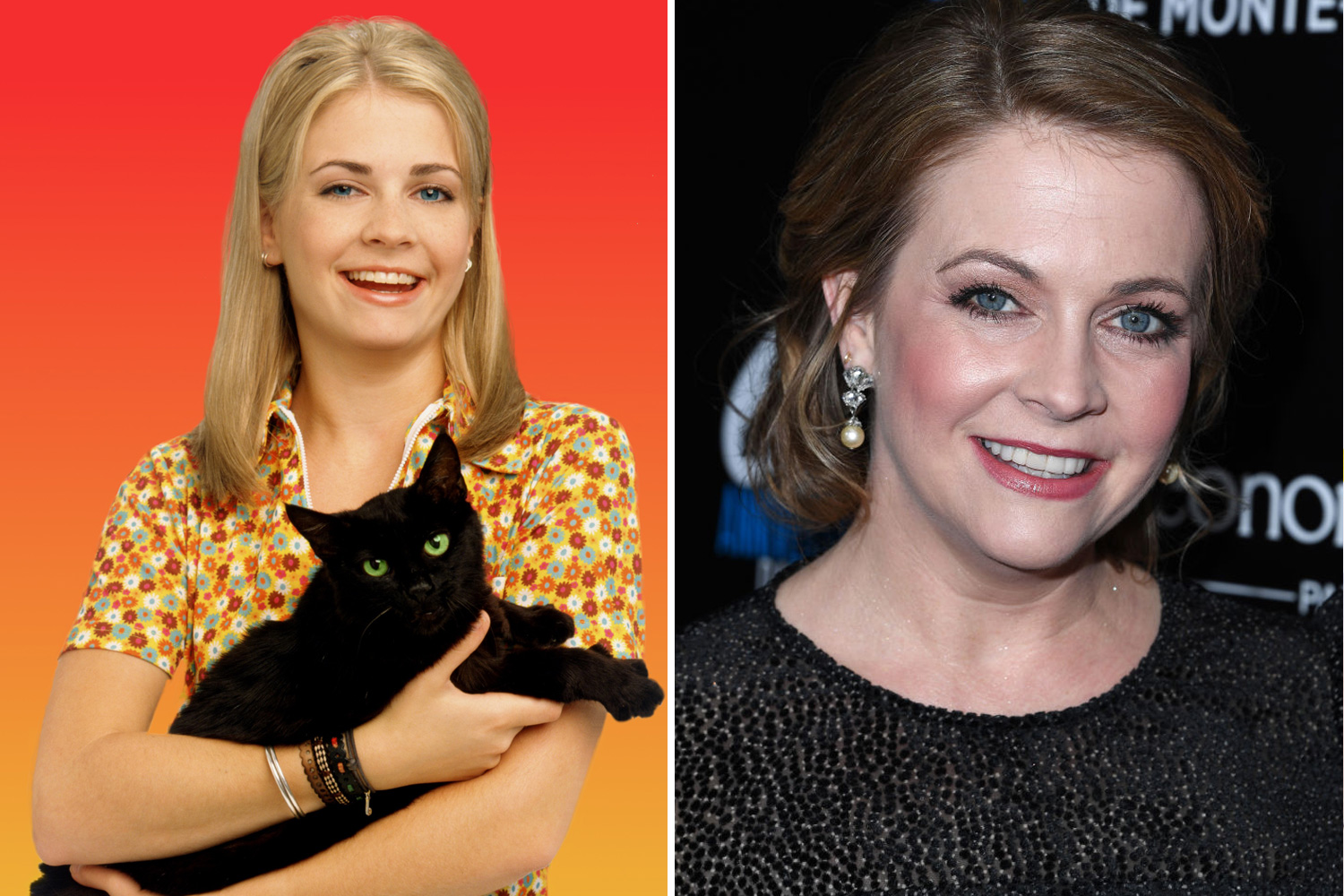 Despite doing her fair share of partying, Melissa said she “didn’t enjoy taking drugs” in her 2013 autobiography Melissa Explains It All.

She claimed to have been “offered coke… by Paris Hilton” but stated: “I’ve never snorted or shot anything into my body.”

The star recalled smoking "doobies" and having "dropped ecstasy" on the way to a nude photoshoot with Maxim, in 1999.

I experimented with weed, ecstasy, mushrooms and mescaline for about a year and a half

The stunt nearly cost Melissa her TV role as she previously agreed to “never play [Sabrina] naked” and she was nearly sued by the publisher of Sabrina comics.

Fortunately, she wasn’t fired and she played the character until the show came to an end in 2003.

In her autobiography, Melissa also revealed how she lost her virginity, that she cheated on her boyfriend with Ryan Reynolds and detailed her dates with Backstreet Boys star, Nick Carter.

Another account revealed she was once held up by airport security for carrying sex toys and urged anyone in a similar situation not to feel ashamed.

Melissa wrote: “This goes for vibrators, furry handcuffs and any sort of edible undergarments… maybe you wanted a snack for the plane ride; they don’t know.

I experimented with weed, ecstasy, mushrooms and mescaline for about a year-and-a-half

“Lots of women have worked hard to earn us these sexual freedoms, and no TSA (airport security) person can ever take that away from you.”

In 2009, the actress was a contestant on Dancing With The Stars and lasted six weeks before she was eliminated.

She's also appeared in a number of other shows – her longest appearance was on Melissa & Joey, which lasted for five years until 2015.

Now it seems her wild days are behind her as she’s a mother to three sons and has been married to rockstar Mark Wilkerson for 18 years.

Nick played wisecracking feline Salem – a warlock who was transformed into a cat as a punishment for trying to take over the world.

In a 2018 interview the actor explained: “There was a lovely bitterness to the character that I leaned in hard.” 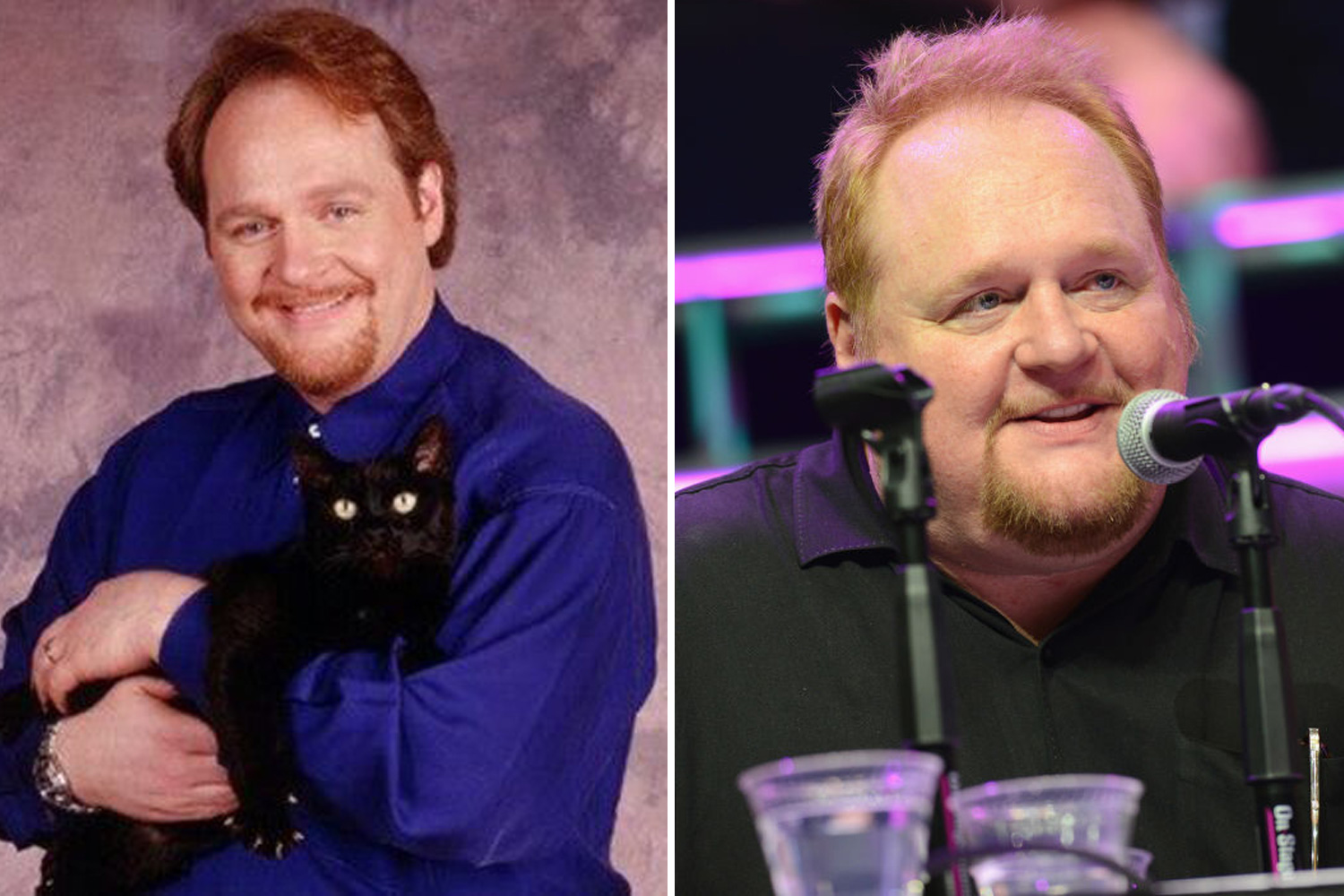 After the show finished, Nick voiced a number of animated characters including Nobert, the older brother in The Angry Beavers.

Nick made a guest appearance as Salem in The Simpsons and starred on The King Of Queens – but his most notable work has been behind the cameras.

Nick authored sports columns about American Football and was a commentator on ESPN’s SportsCentre.

He also wrote episodes of Two And A Half Men and the screenplay for Disney’s 2011 flick Zookeeper, which he also starred in.

We had a cat named Salem… I tried to make friends with my namesake but it wasn’t in the cards though, he hated my guts

Nick’s been married to Robin, a writer and actress, since 1994 – they both starred in Sabrina together and share a love of pets.

He said “I love cats. I've had cats my whole life… We had a cat named Salem, a little black cat who we rescued for 16 years.

“I tried to make friends with my namesake but it wasn’t in the cards though, he hated my guts.”

Caroline has more than 47 acting credits to her name but her most famous role was as kooky aunt, Hilda Spellman.

The actress was recovering from a “bad relationship” when she signed up for the show and claims she agreed after hearing one thing about her character.

Caroline recalled: “She said, ‘She’s a witch… and she’s recently imprisoned a man that didn’t love her in her ring.’ 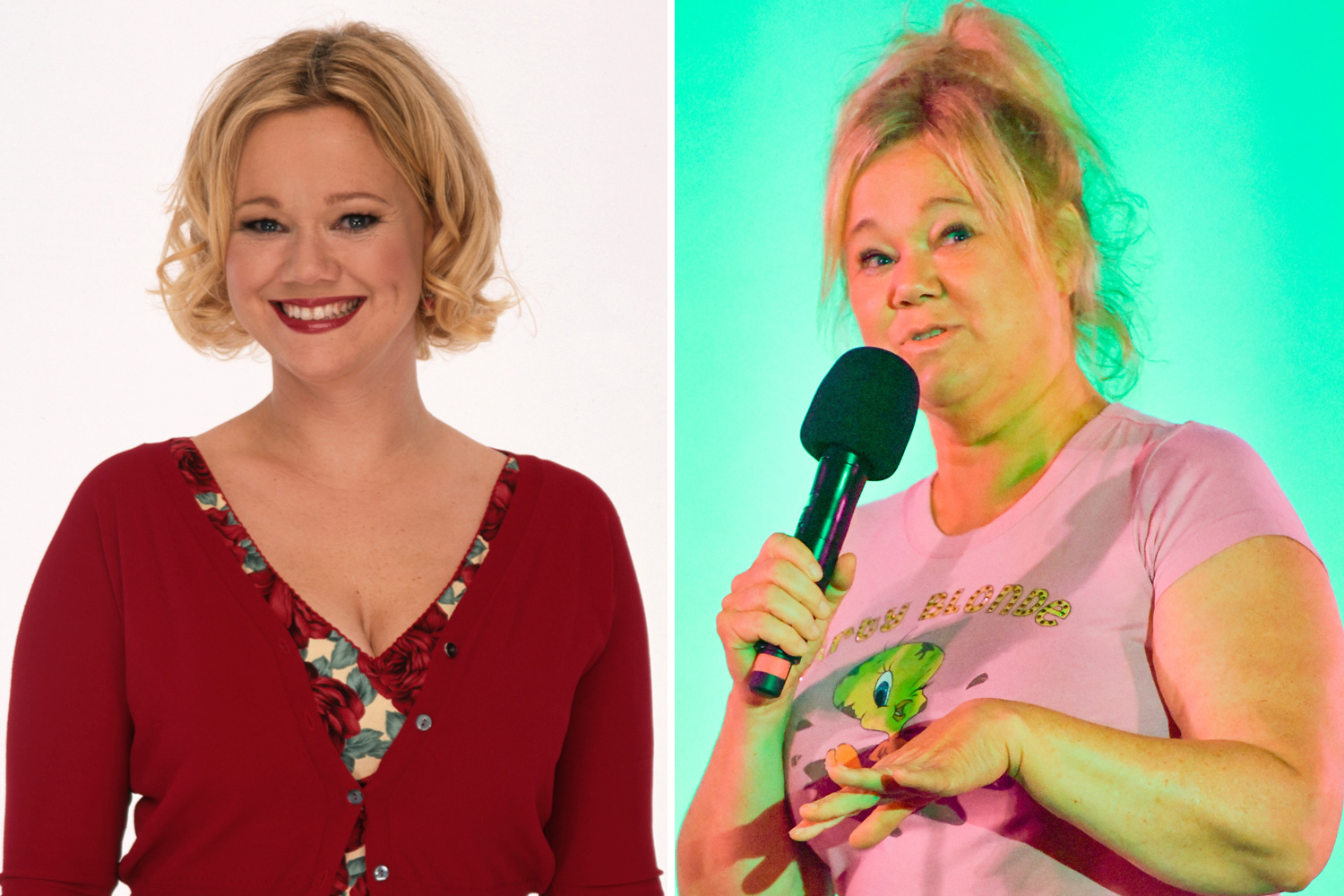 Prior to that, she tickled audiences with her comedic talent including once when she branded young men on rollerblades “meals on wheels”.

After Sabrina, Caroline went onto other teen shows including The Suite Life Of Zack & Cody but in 2008 decided to pursue a better work-life balance.

She gave birth to “miracle baby” Ava after difficulties trying to conceive and for a while “didn’t go on the road at all” so she could bond with her daughter.

The star returned to shows including Phineas And Ferb, 2 Broke Girls and Sydney To The Max before she returned to stand-up.

In 2019, she mocked long-term pal Alec Baldwin in his Comedy Central Roast and also appeared on comedy hit Just For Laughs.

In Sabrina, she was the calmer of the aunts and claimed she always “knew [Sabrina] would be a hit” because there was “nothing like it on TV”.

Beth told Digital Spy: “We were on every day in every country… I’m so grateful that the message of girl power has travelled around the world…” 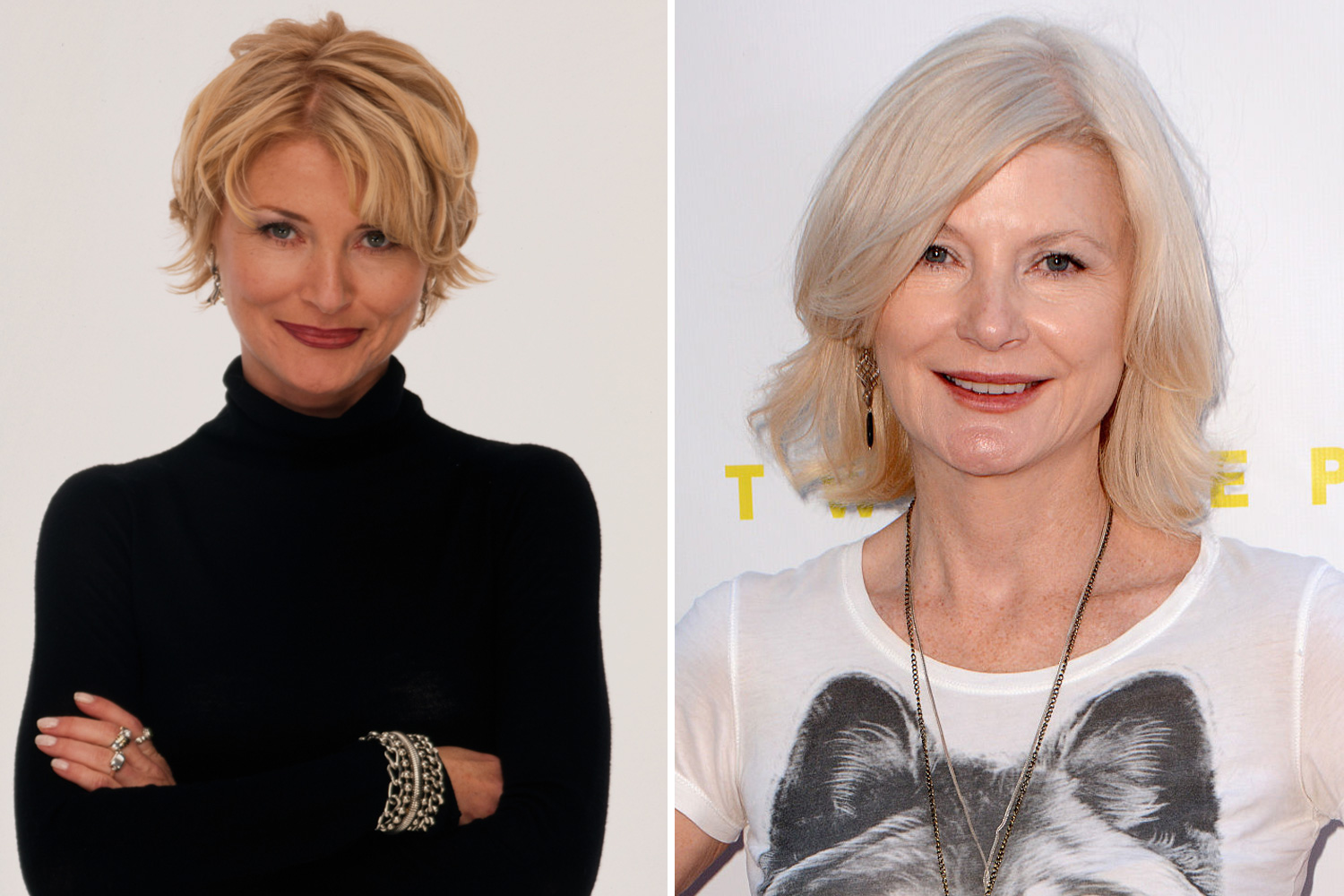 But it wasn’t always fun, as angry religious viewers often sent her “nasty notes” including one read: “You’re going to go to hell!”

After Sabrina came to an end, she wrote three plays, made guest appearances in shows including CSI and starred as Diane Janssen in Lost for three years.

Away from acting, Beth founded Momentum, a charity in New York that helps people living with AIDS, and has worked on other wellbeing projects.

Beth is still with the actor, who starred in teen shows Beverly Hills, 90210 and Friends, and the pair now live in Texas.

On-screen he was Sabrina's best friend and high-school sweetheart and rode away into the sunset with the young witch in the show’s finale.

But after the teen drama finished, Nate headed off in a completely different direction. 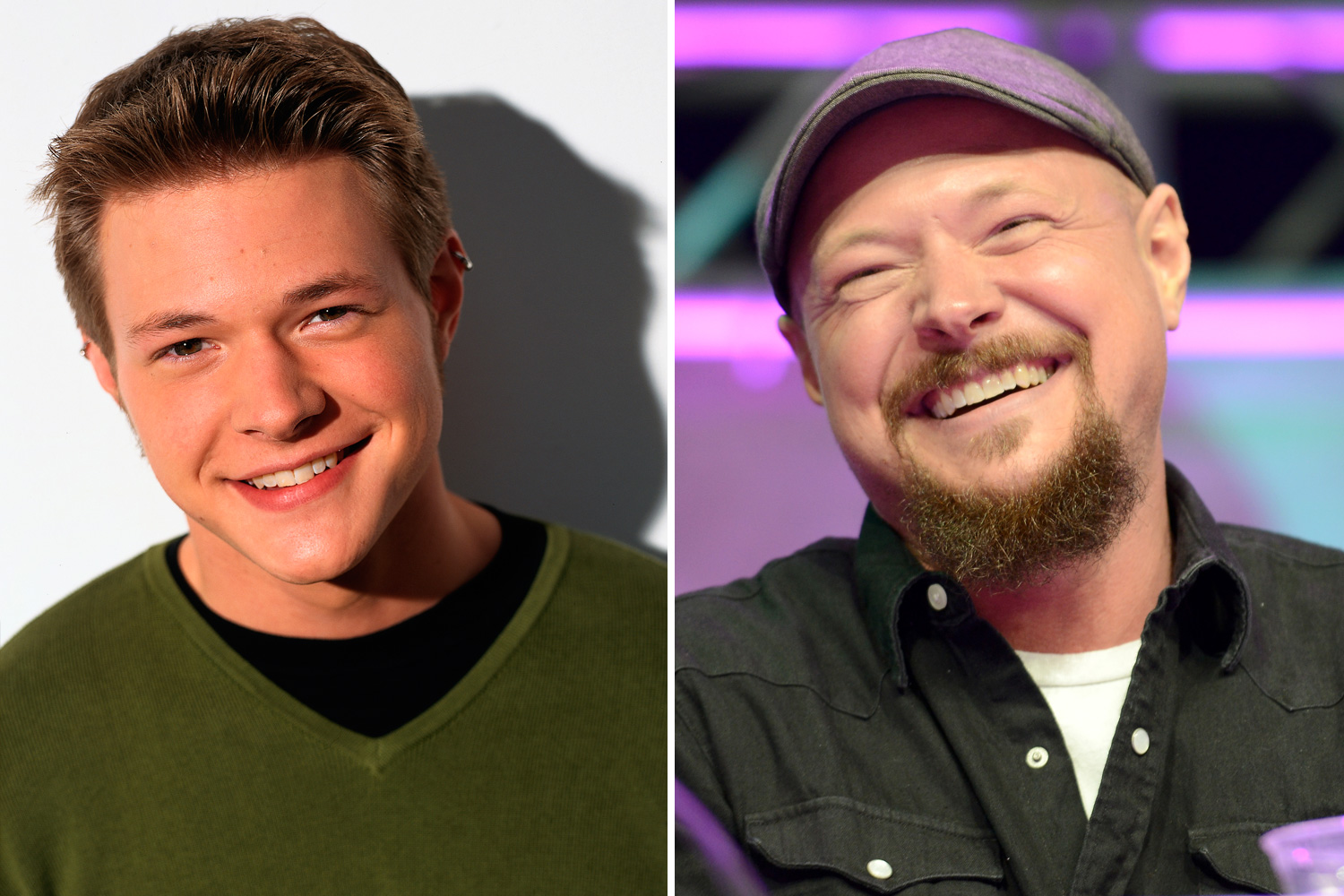 He starred in several small films including Gamebox 1.0, The Sure Hand Of God and H-e-n-r-y before retiring from acting.

Apart from a cameo slot in Home Work last year, Nate hasn’t acted since 2006 and instead focused on his work as a musician.

In 2018, the singer-songwriter explained that his new career path wasn’t going as well as he had hoped.

He tweeted: “I’m currently a maintenance man, a janitor, a carpenter, and do whatever random jobs I can get to pay the bills."

Nate married actress Malorie Felt in 2019 and for a long time was unrecognisable after shaving off his hair and growing a goatee.

As well as being Sabrina’s headteacher, he also dated both Hilda and Zelda while under the influence of magical spells in the show.

Martin told Mental Floss that he joined the teen drama to “curry favour” with his daughter Maggie, who was a massive Sabrina fan. 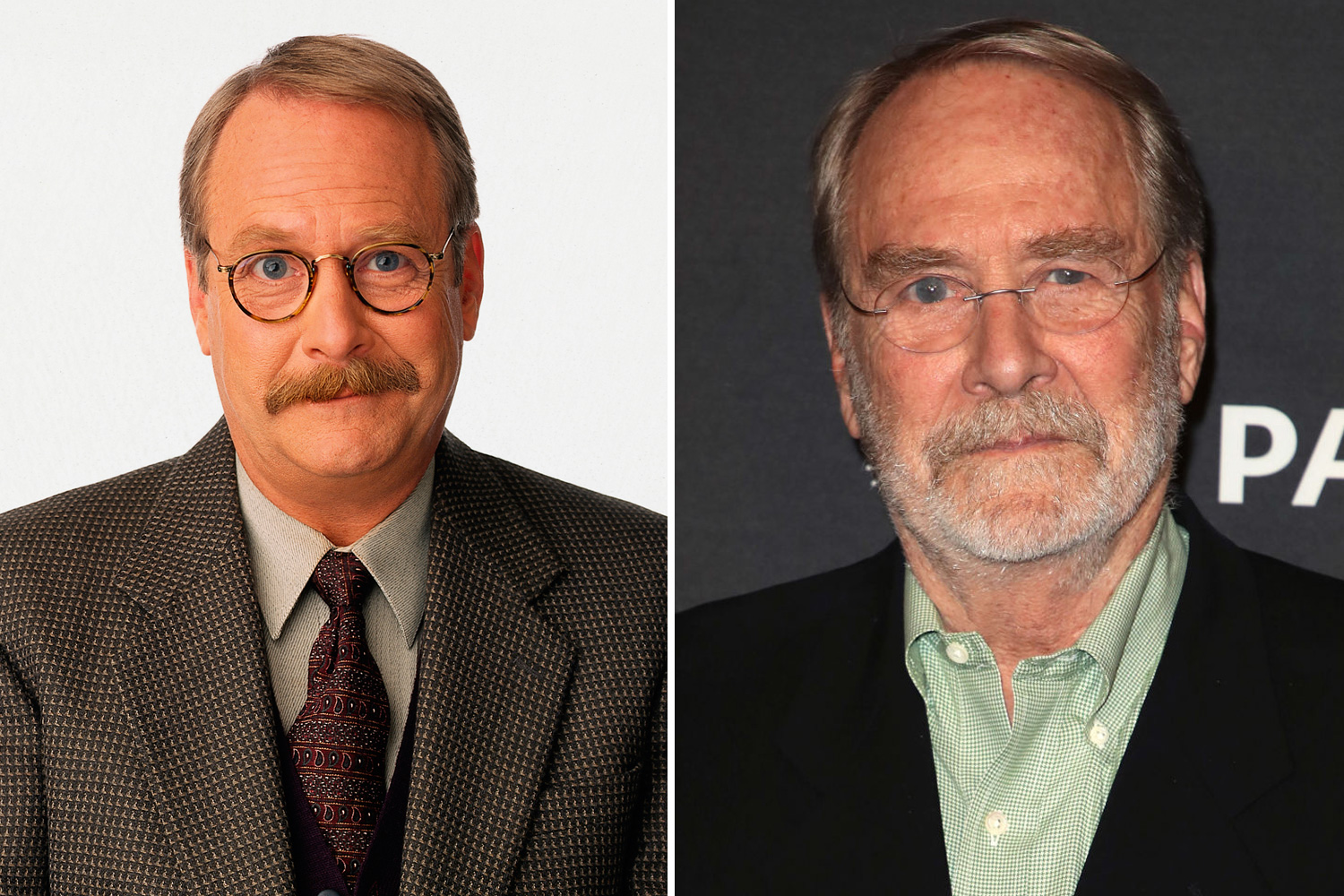 After the show ended, he has continued to work as an actor and now his career has spanned five decades.

He starred in shows including American Dad!, Arrested Development, Brooklyn Nine-Nine, Community, and Two And A Half Men.

Twice divorced Martin has been married to Wendy Haas, a singer and keyboardist for bands including Santana, for nearly 40 years.

Josh was Sabrina’s manager, love interest and the rival of her beau Harvey in the show between 1999 until 2002.

He worked at the coffee shop Bean There, Brewed That and in later seasons became a photojournalist.

During his stint in the show, he also had a short-term romance with the teenage witch.

Since Sabrina, David’s had small acting parts including in three episodes of Melissa & Joey – where he was reunited with Melissa Joan Hart – before deciding to work as a producer and director. 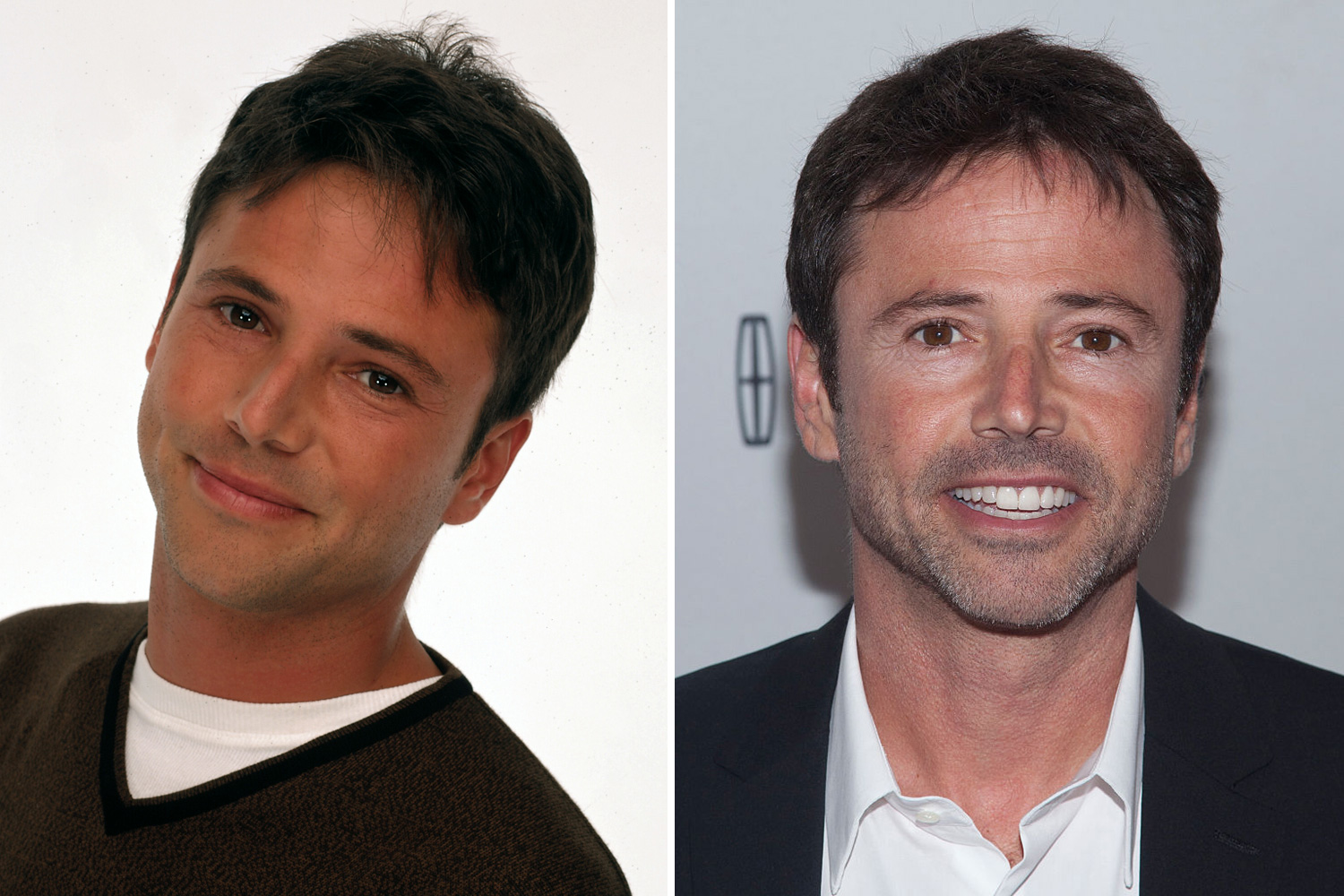 In his early career, he played Josh in the TV show Clueless and Kyle Conners in Beverly Hills, 90210.

David married Jill London in 1999 and the couple have three children.

Head cheerleader Libby was the thorn in Sabrina’s side at Westbridge High School. 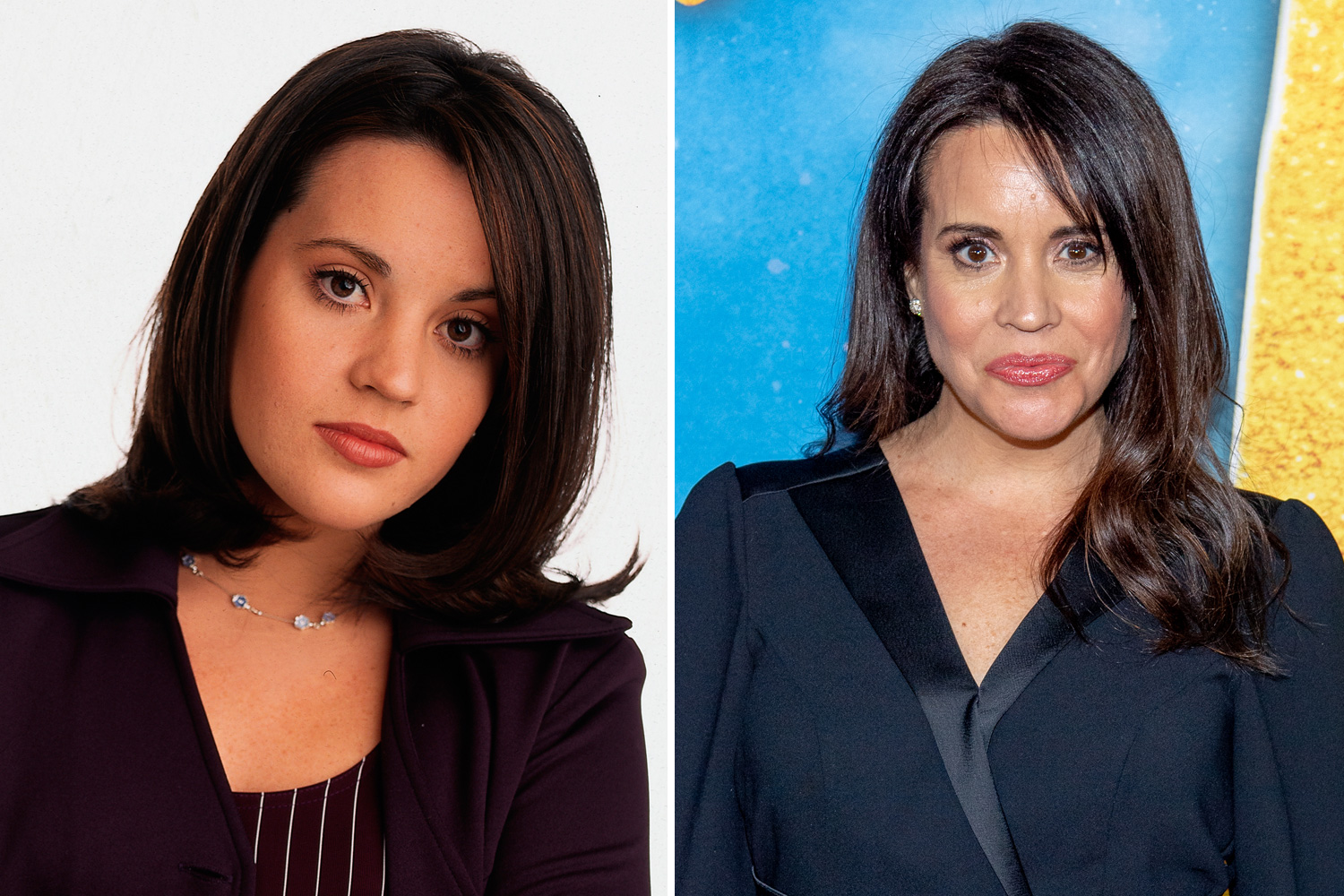 She famously called the teen witch and her friends “freaks” and even tried to steal her boyfriend Harvey.

After leaving the show in 2003, Jenna starred in musicals including Wicked, West Side Story and Romeo and Juliet.

She’s since had a number of small TV roles in ER, Cold Case, Ghost Whisperer, Bones, Quantico and Castle.

Miley Cyrus Offers To Be Gwen Stefani & Blake Shelton’s Wedding Singer: ‘I’ll Be On My Best Behavior, Or Worst’