Home » TV & Movies » What is Brian McFadden's net worth, is he going on Dancing On Ice and why did he quit Westlife?

He went on to carve out a career as a solo artist, talent show judge and TV presenter, so what's next for Brian… 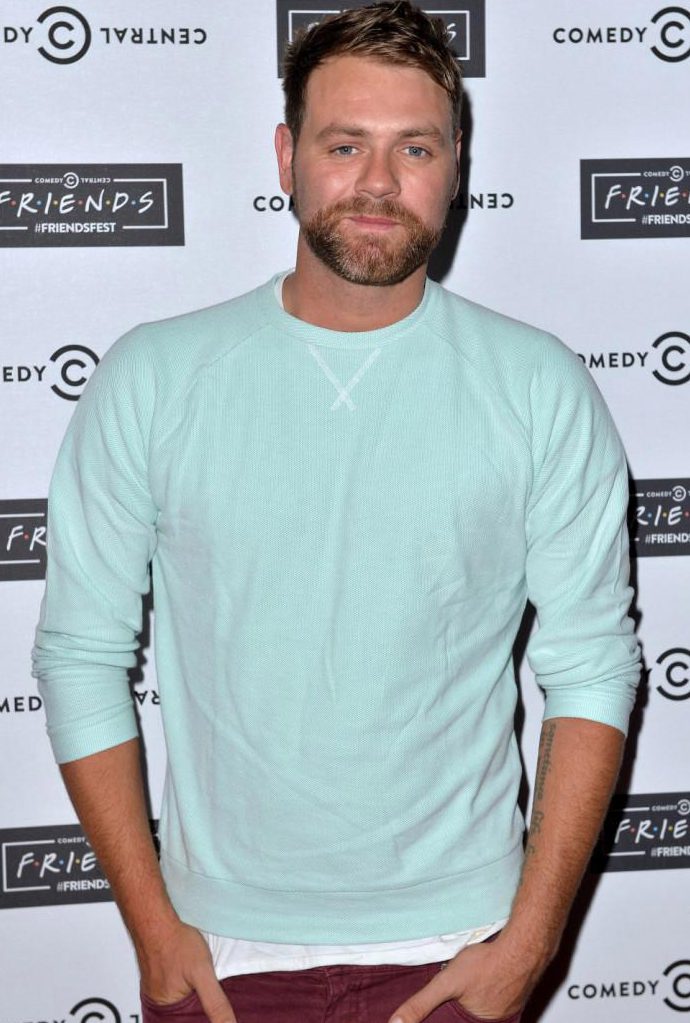 Who is Brian McFadden and what's his background?

He was born on April 12, 1980, in Dublin, Ireland and got his first taste of performing at an early age thanks to roles in local stage productions and an Irish TV show called Finbar's Class.

As a teenager, he worked at McDonald's on Friday evenings and it was after one such shift, when he joined his friends at a party, that Brian found out auditions for a new Irish boyband to be managed by Louis Walsh were taking place the following day.

Not expecting anything to come from it, Brian turned up at the auditions the next day and boldly volunteered to sing first.

The future pop star performed the Boyzone track Picture of You and secured his place in the band.

He joked in an interview with The Mail on Sunday: "I sometimes wonder how far up the career ladder I'd have gone if I'd stayed with McDonald's. With a bit of luck, I reckon I might have made it as far as restaurant manager!" 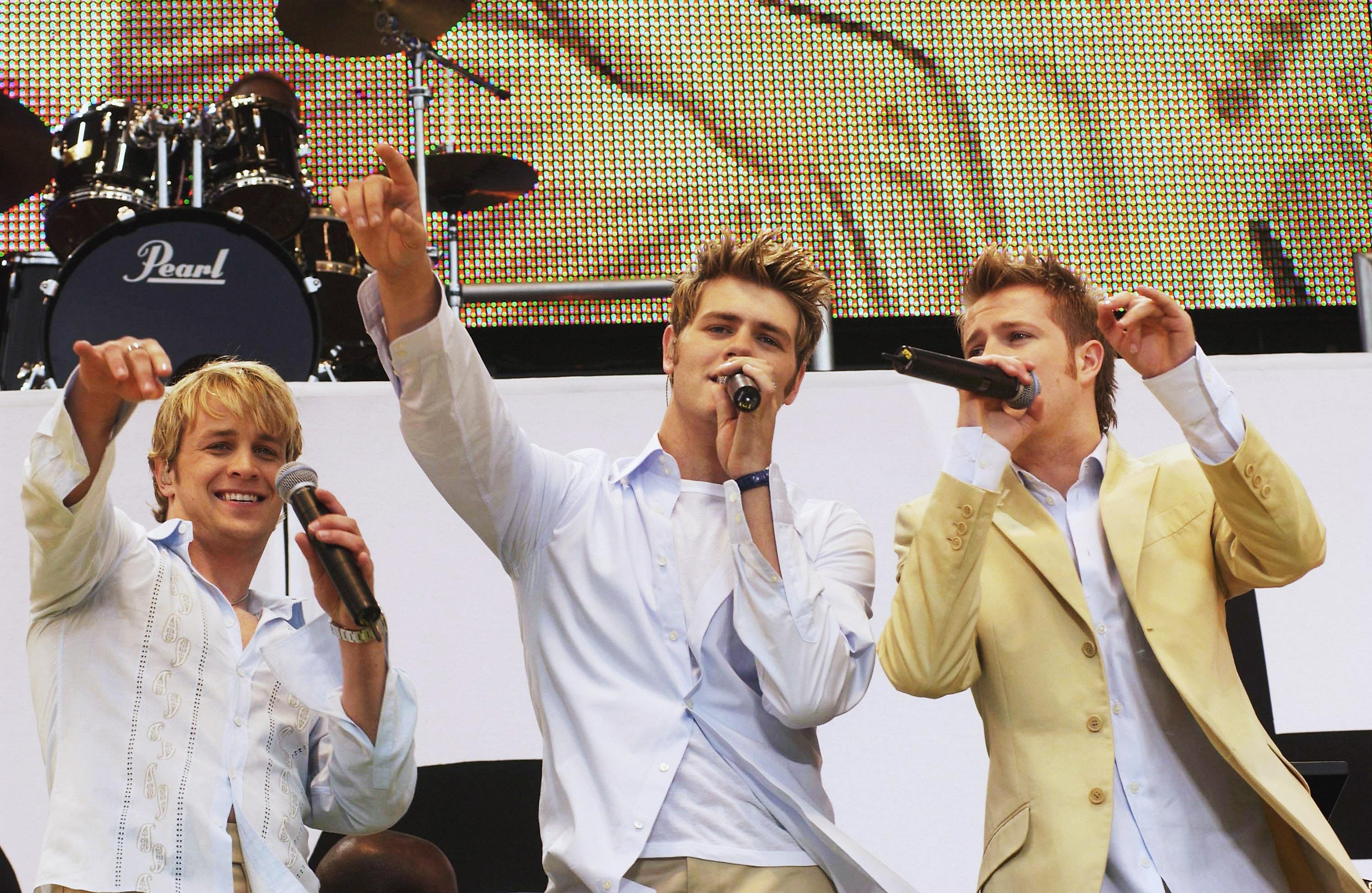 Why did Brian McFadden quit Westlife?

The group made history when their first seven singles hit number one and they were at the height of their fame when Brian shocked everyone by quitting in 2004.

At the time he blamed his departure on struggling to juggle the band's hectic, jet-setting lifestyle with his responsibilities as a husband and father to then-wife Kerry Katona and their young daughters, Molly and Lilly-Sue.

"It was incredible, amazing, but during the seven years in the band, we worked 365 days a year, living on planes, in hotels and out of suitcases, and never being in the same country for two days," he told the Belfast Telegraph.

"After a while, you realise there's no point in being successful if you can't enjoy it, share it with someone else or be with the people you care about."

In 2018 he won't be part of the Westlife reunion after the band turned down a €50m offer to reunite with their original line up. 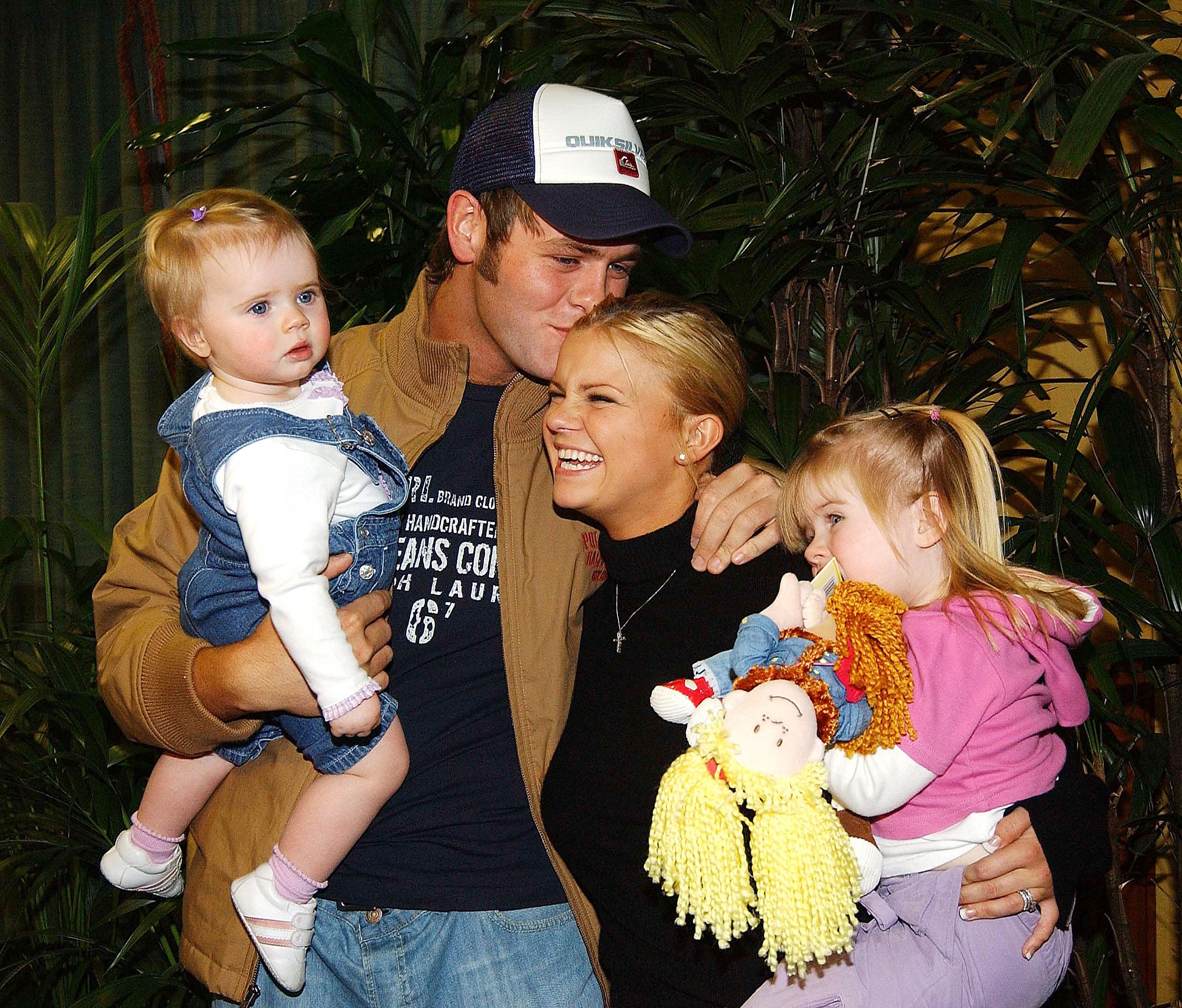 What did Brian McFadden do after Westlife?

Brian signed a solo recording deal and in 2004 he released his debut album, Irish Son, which featured the number one smash Real To Me.

He also moved to Australia in 2004 and enjoyed success Down Under as a TV and radio presenter and talent show judge, while writing his own albums and penning tracks for other artists.

He joined the judging panel for three series of Australia's Got Talent from 2010-2013 and presented an Australian radio show.

Returning to the UK, he participated in TV shows including Stepping Out with then-wife Vogue Williams and Channel 4 extreme sports show, The Jump.

He's also hosted the TV series Who's Doing The Dishes and a dating series called Stand By Your Man.

Throughout his career so far, he's released four studio albums, most recently The Irish Connection in 2013, which featured ten cover versions of popular songs by Irish artists and a collaboration with Ronan Keating.

Four of his solo singles have hit number one around the world.

In 2016 Brian teamed up with ex Boyzone singer Keith Duffy to create the duo Boyzlife. 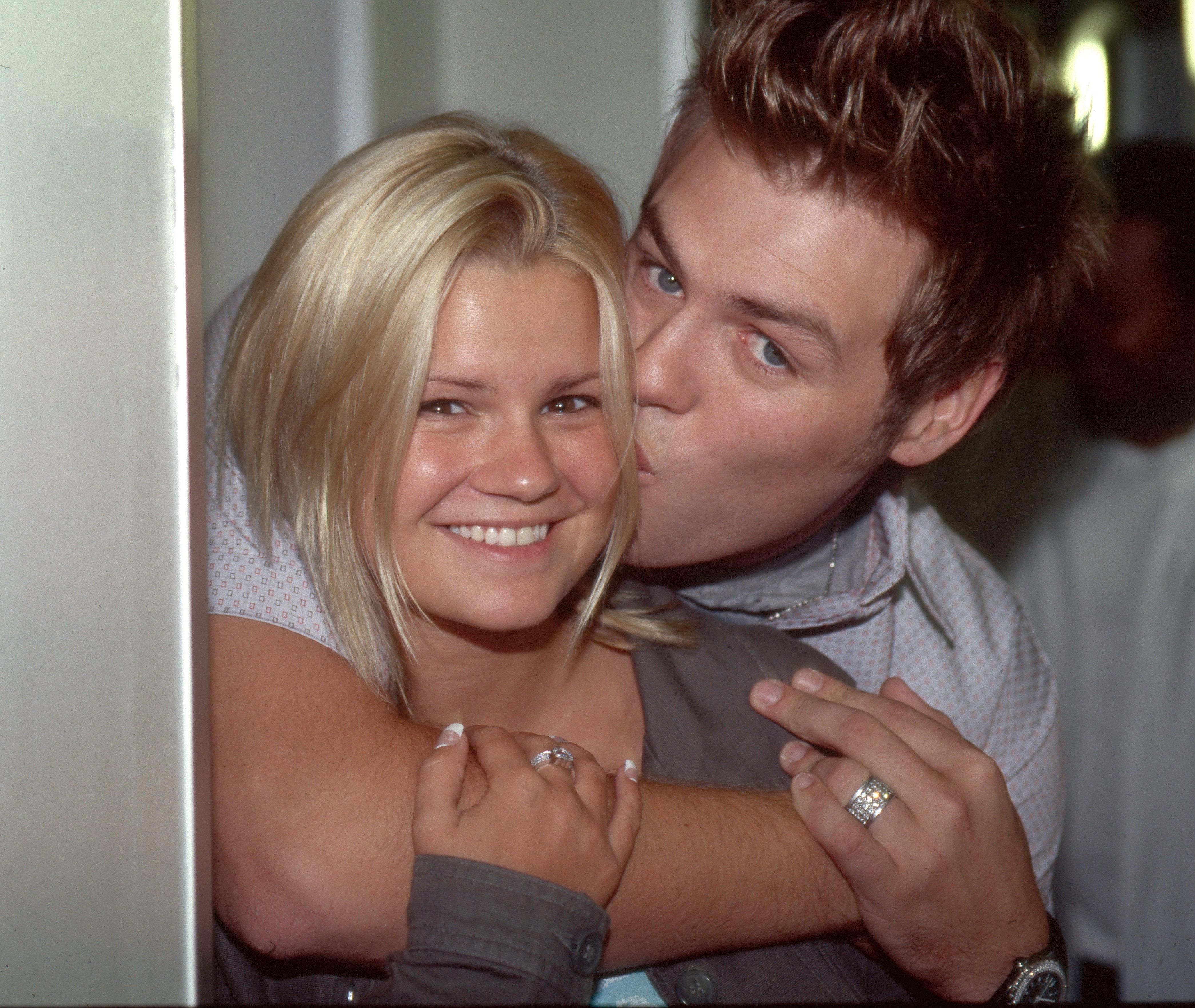 Is Brian going on Dancing On Ice?

The news was revealed on ITV's hit morning show Lorraine.

While discussing the news, Brian said "I'm very excited. I've already been practising out the back garden on my rollerblades and my mum says I'm a one-man Torvill and Dean." 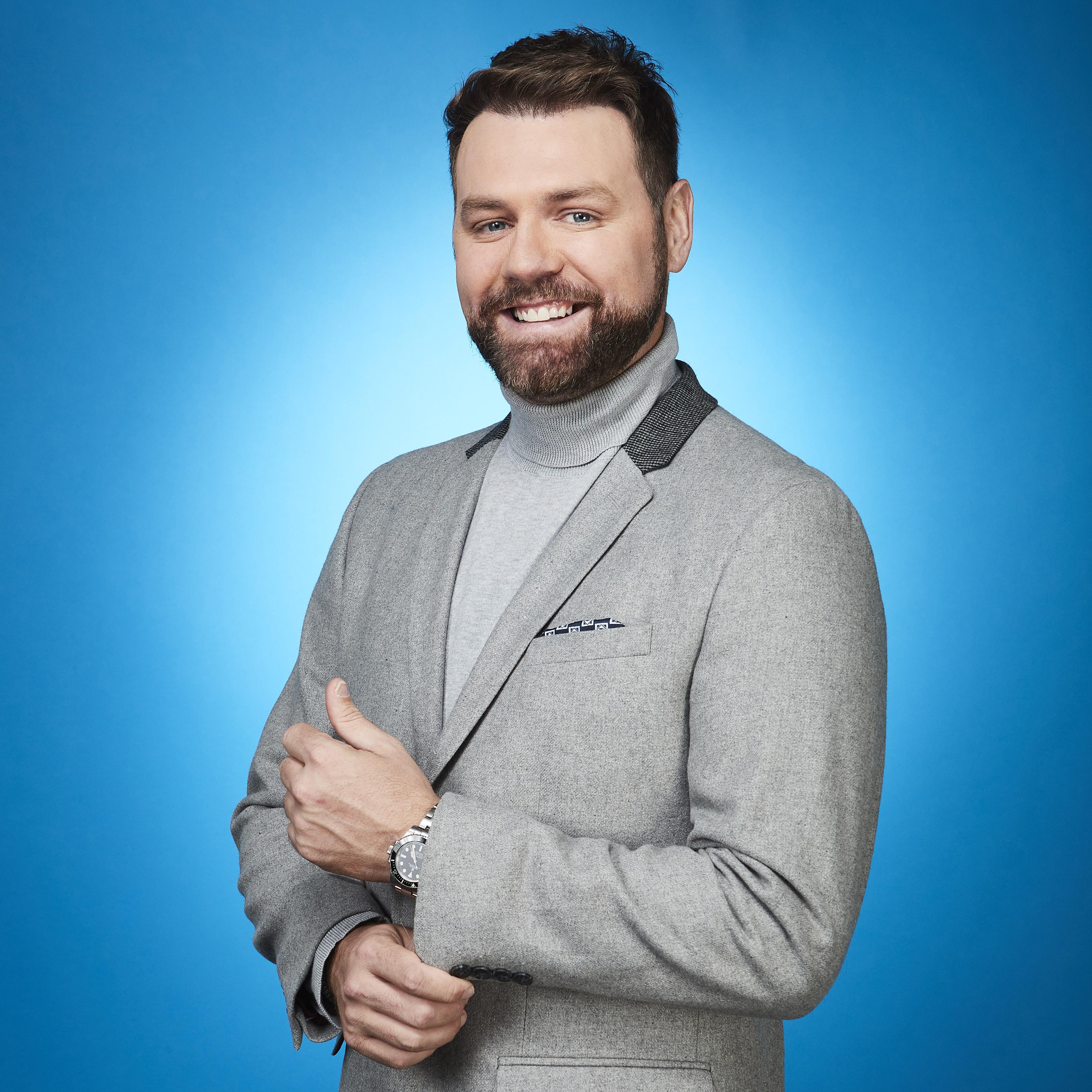 What is Brian McFadden's net worth?

According to Spear's magazine, the pop star's net worth is estimated at around £12million.

The mag cites his huge success with Westlife – who had four Irish studio album number ones and seventeen Irish top five singles – and subsequent solo career success in Ireland and Australia, as well as his various TV projects.

He's also penned tracks for other artists including Girls Aloud.

In 2013, Brian told Weekend magazine he regretted "wasting so much of the money I earned from Westlife. I went through millions of pounds on cars, private jets and lots of rubbish. I have a lot less money now, but I'm far happier." 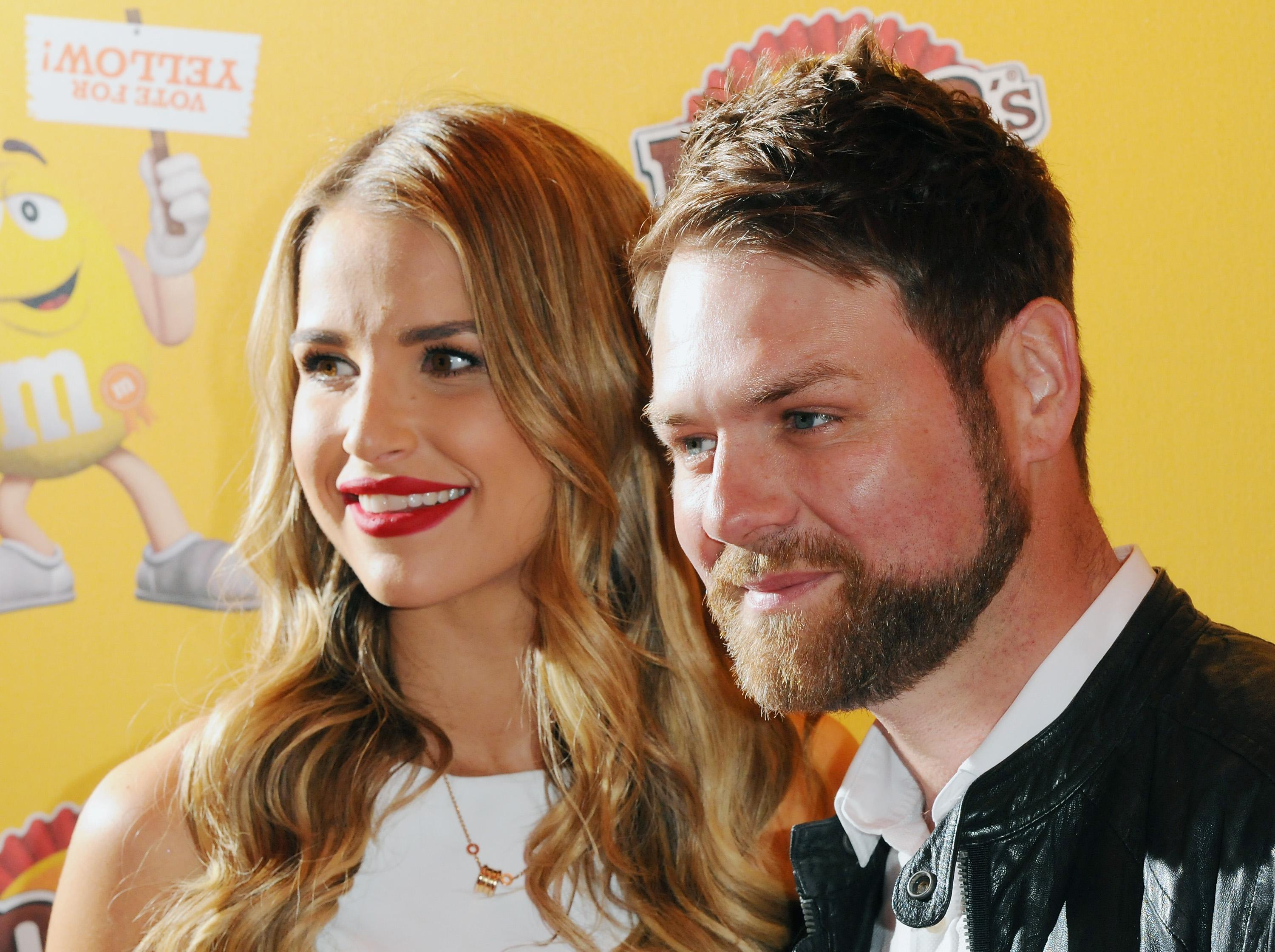 When was Brian McFadden married to Kerry Katona and Vogue Williams?

When he quit Westlife, he said it was to spend more time with Kerry and the kids, but just two years after tying the knot, in 2004, they announced their split.

He popped the question to Delta in 2007 but they called off their relationship four years later, with Brian calling Delta "one of God's living angels" and thanking for "for giving me the best years of my life".

Brian went on to find love again with Irish model and DJ Vogue Williams after they met a charity event in Dublin in 2011.

They married in 2012 at a lavish Tuscan ceremony but just three years later, the couple announced their split on Twitter.

Who is Brian McFadden dating now?

He was first linked to the one-time Olympic athlete hopeful in November 2016 with The Sun exclusively revealing how Brian had fallen "seriously in love" with the blonde beauty after they were introduced by mutual friends.

A source said: "The two of them are a happy item. However, with Brian’s track record of dating a pop star, actress, supermodel and so on it will fascinating to see if this is the real deal with a hard working girl who is a teacher.”

Things are so serious between them that Brian has even moved to Rochdale to be closer to Danielle.

Yes, The AirPods Carrying Strap Is A Real & Ridiculous Thing

Alyssa Milano: I Never Wore Blackface! Stop Lying About Me!