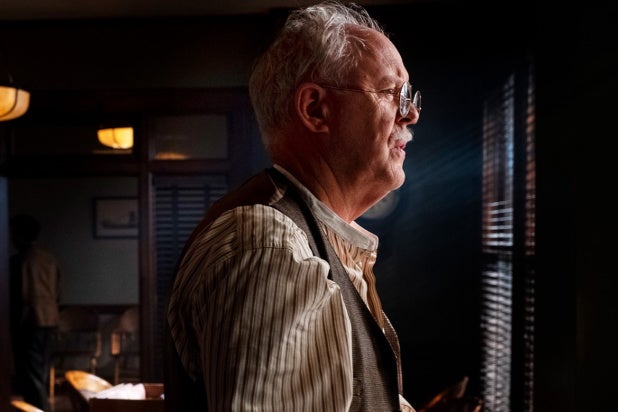 “Perry Mason” is a very serious show, but that doesn’t mean it can’t drop the occasional pop culture reference. That’s part of the theoretical charm of period movies and shows — references to other things that were going on in whatever time the story is set. And in this weeks episode we got an offhand reference to a movie that was about to be released in theaters.

There’s a scene early in the episode in which E.B. Jonathan (John Lithgow) is meeting with the judge on Emily Dodson’s trial about her bail, which was set much higher than he would like. Jonathan makes a snide comment to the judge about how he shouldn’t stand for the district attorney’s grandstanding.

“Young man’s game, E.B. Even the great Mr. Holmes is retiring next week.”

If you assumed the judge was talking about Sherlock Holmes, you’d be right. But unless you’re an expert on 1930s pop culture you probably don’t know what that sentence means. Is he talking about a novel? Or a movie? Or what?

Don’t worry, we’ve got the answer for you. This line is a reference to a Sherlock Holmes movies that’s simply called “Sherlock Holmes” — though it certainly was not the first movie in that franchise. This one got its name from the stage play it was adapted from.

In this story, Mr. Holmes is retiring from his work as a detective because he’s finally managed to put his nemesis Moriarty behind bars. Moriarty has been sentenced to death, so Sherlock thinks he can finally take a break.

Naturally, Moriarty breaks out of prison and starts going after the major players responsible for catching and convicting him, with Holmes last on the list. So they have a deadly game of cat and mouse, Sherlock has to manage his frustrated fiancee, and there’s a fun scene where Holmes pretends to be an old lady. It’s a fun little movie.

And you can watch the 68-minute film on YouTube right here.