Home » TV & Movies » What time is Famous and Fighting Crime on Channel 4 TONIGHT and who's in the line-up?

Some of your fave stars, including Katie Piper, have swapped their glamorous lifestyles for the streets. 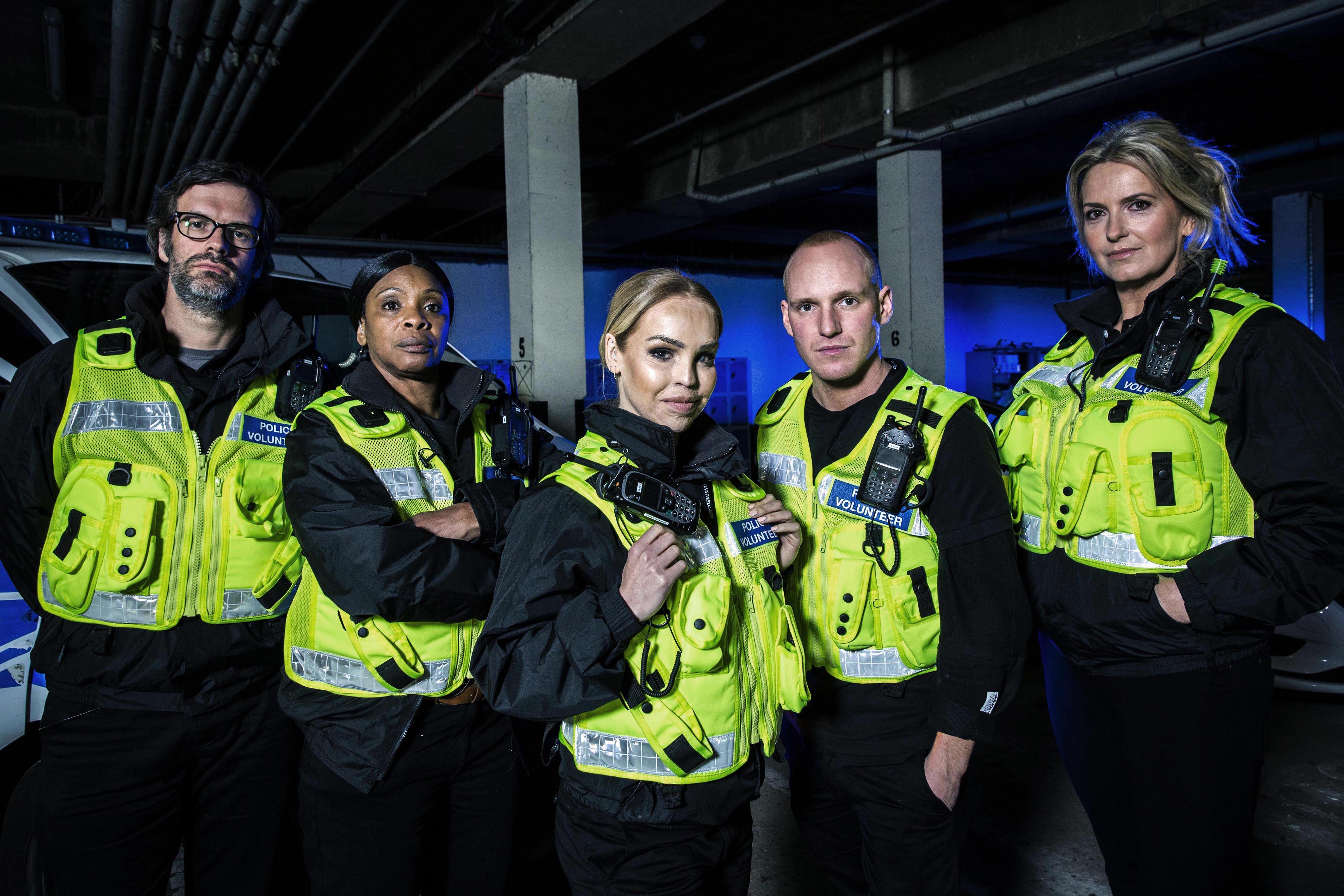 When is Famous and Fighting Crime on Channel 4?

The four part series will follow some of our most loved telly stars as they take to patrolling the streets and preventing crime with Cambridgeshire Police Force.

McVitie heir and Made In Chelsea star Jamie Laing is more used to his stomping ground on the King's Road than "the streets".

While Rod Stewart's model wife Penny Lancaster will be swapping Loose Women for some of Britain's most dangerous men.

They, along with a host of other celebs will join the 12,000 volunteer officers who help keep the UK safe amidst ongoing police cuts and crime rates at an all time high. 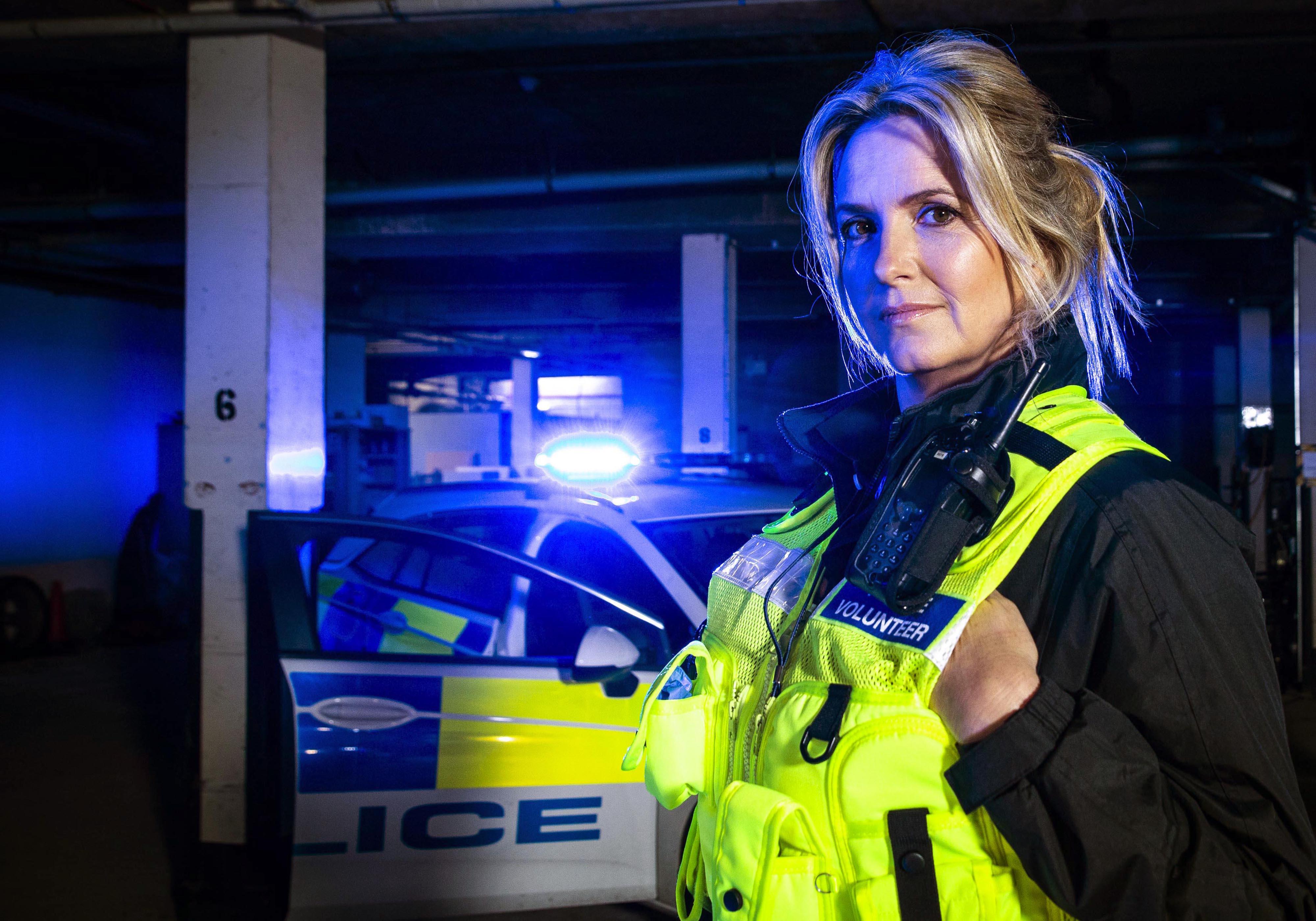 Who's in the line up?

Among the well-known faces to don their body armour and Bobby hat – well not quite – is:

Penny Lancaster is an English model, photographer and TV personality known as the current wife of Rod Stewart.

Her fame and connection to her husband led her to compete in Strictly in 2006 and she lasted for six weeks after being partnered with Ian Waite.

Then in 2014 she became an occasional Loose Women panellist and for the past three years has kept returning to the ITV chat show.

The 30-year-old was launched into the spotlight when he joined the cast of MIC in series 2.

He also runs his own YouTube channel, Jamie Laing’s Happy Hour, where he shares videos of his life.

The vlogger has over 74,000 subscribers and also uploads prank and challenge videos.

Alongside his six years on the show, the affluent Chelsea lad has also embarked on a career into the confectionery world.

She has lived in Brixton for almost half a century and is a mum-of-four with several grandchildren.

Her cousin is the supermodel Naomi Campbell, who actually featured in a charity special of her relative's show Gogglebox.

The bubbly TV fanatic and her childhood friend Sandra Martin have been on the show Gogglebox since series one in 2013.

The comic has starred in Love Actually – as the radio presenter who interviews Bill Nighy's character – as well as the Red Nose Day special.

He's also appeared on Have I got News For You, QI, Would I Lie To You? and The Jump among other things.

Katie was born in October 1983 to parents David and Diane and lived in Andover, Hampshire, where she trained as a beautician after leaving school.

Shortly afterwards, she began modelling, taking part in various shoots for national newspapers and was runner-up in the 2006 Miss Winchester beauty pageant.

Eventually, she moved to London and also got work as a presenter on several digital TV programmes.

However, in March 2008, she fell victim to an acid attack, with the sulphuric acid leaving her face severely burned.

But she hasn't let the attack define her, and has since gone on to become a published author and TV presenter and even starred in the most recent series of Strictly Come Dancing.

What has happened during the series?

In the first episode of the series, Penny Lancaster joins the Cambridgeshire Constabulary force to help battle crime.

While undergoing the tough training, the former model will have to confront some of her demons.

But she soon rises to the challenge and even puts her own life at risk by personally going after a robber.

Penny, who took on police duties for the Channel 4 show, told the Mail's Weekend magazine: "It was terrifying.

"I’d been out with another special officer, but there were two suspects going in different directions so we split up, one taking each of them.

"Mine was under the influence. She looked like I imagine a druggie would look, almost like a rabid animal. You want to help a rabid animal but you don’t want to get bitten.

"When she said she was going to stab me, there was that pause, as if I was playing Fortnite with my kids, like I was in charge of a video game console.

"I said: 'You want to stab me?' and she said: 'With my needle. I’ll stab you with my needle.' I was aware of how vulnerable I was. I was unarmed.

"I was wearing a stab vest, but didn’t have a baton or a Taser gun or mace spray. I didn’t even have handcuffs, so I couldn’t actually arrest her, although I threatened to."

Meanwhile former Strictly star Katie Piper – herself a victim of a horrific crime – struggles to break past her own fears.

And MIC's Jamie Laing shows that he is made of stronger stuff than gossiping and love triangles when he plays a part in bringing down a potentially very dangerous criminal.

Woman, 35, who had baby with stepson, 21, after romping behind husband’s back shows off their new child for first time

India looks to ease lockdown even as coronavirus infections jump