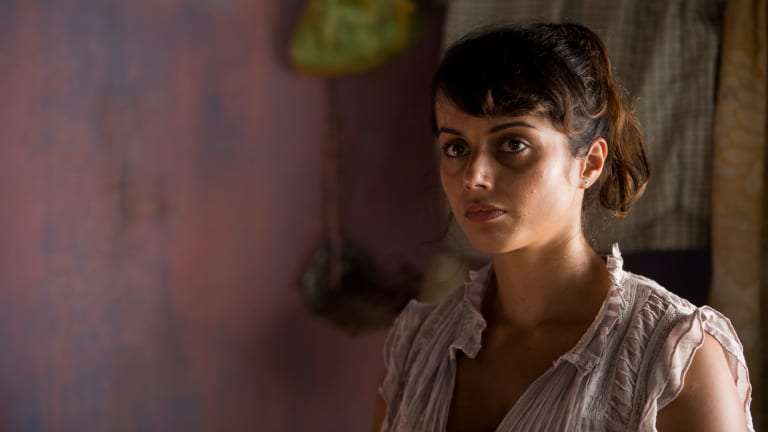 Anthony Mann, in my opinion one of the two or three best directors of Westerns and films noir, was also pretty good at making movies without guns. One is this magnificent biopic of big-band leader Glenn Miller, an understated and quietly beautiful film, with an ending that moves one deeply without resorting to cheap Hollywood sentimentality. Jimmie Stewart (Mann's favourite lead actor) has never been more irresistible or charming, and the scenes where Glenn woos (if that be the word) June Allyson's Helen are gorgeous. This is an on-screen romance of the kind many want to see, with Miller's movement from youth to middle age quite flawless. You feel the passage of time mainly in the way Stewart moves his lithe frame. As for Allyson, she is no less astonishing; she gives Helen the dignity and heroic purpose many 1950s and '60s women brought to relationships and society, but which is rarely acknowledged or celebrated today. SM

Having been sour-tongued a few weeks back about the recent Bond films, let's celebrate instead Thunderball, which is near-perfect for the first half and good in the second (despite enough shots of sharks in a pool to last a lifetime). Miracle of miracles, the makers of this Bond actually seem to have read the Ian Fleming novel on which it is based. The movie opens with a fun pre-credit sequence at a funeral, where 007 (Sean Connery) confronts a killer in drag and takes flight with a jetpack. After a visit to Shrublands, where Bond's pursuit of Patricia (Molly Peters) could concern some today, the secret agent is off to the Bahamas to duel with the sinister Emilio Largo (Adolfo Celi) and his niece, Domino (Claudine Auger). The third act depressingly predicts how Bond would soon be swamped by an inane monumentalism, but overall Thunderball is a stylish treasure. SM

The Story of Our Time

The historical record is patchy. For some civilisations we might have but a single story or poem to represent entire centuries. And what if, at some stage in the distant future, all that remains of our own time is the story of the Kardashians? It's quite a notion, and one that inspired American comedian Trevor Moore to compose the rather blue title song for this thoroughly enjoyable musical comedy special. Moore is like a one-man Flight of the Conchords as his alter-ego, Trevor, daydreams his own music videos through an excruciating brunch with his girlfriend (Esther Povitsky) and her annoying friends. The first, a trippy epic involving an laptop computer that gains sentience via spilled cocaine, is a little masterpiece. The others aren't quite as brilliant but they provide plenty of chuckles as Moore takes a sardonic look at our internet-dominated culture. BN

It would easy to dismiss The Good Karma Hospital as just another Brit show created purely so the cast could enjoy some sunshine and avoid a case of rickets (I'm looking at you, Death in Paradise!) It has more depth than that, but it does still suffer from a case of White People Coming to the Rescue (here, it's a white doctor, Lydia Fonseca, the ubiquitous Amanda Redman, running a cottage hospital in southern India, while in Death in Paradise it's a revolving door of weird white British detectives leading the local cops on the Caribbean island of Saint Marie). But whereas Death in Paradise in eye-rollingly ridiculous, at least The Good Karma Hospital has a stab at the Big Issues, which tonight include voluntary euthanasia and homosexuality, which is a crime in India. Redman is at her steely best as Dr Fonseca, as she grapples with helping an old mentor die with dignity, while Neil Morrissey as Dr Fonseca's partner Greg, is so sweaty in the tropical heat, he looks like he might faint at any moment. It's all very attractive to look at – there's a houseboat tonight that would send Kevin McCloud into raptures – and a wedding to boot, but it's also a bit dull. Even the URST (unrequited sexual tension) between young doctors Ruby and Gabriel is more damp than sizzling. Still, anything is better than Death in Paradise. LR

Witness to Stephen Lawrence's murder reveals the horror she saw