Long-running gameshow Wheel of Fortune is back in the studio and its COVID-friendly episodes are set to start airing later this month.

The show returns with new episodes, kicking off its 38th season, on September 14.

Deadline revealed at the end of July that the syndicated show was going through a couple of adjustments to ensure the health and safety of crew and contestants. Now, you can see for yourself how the show will look.

The wheel has been upgraded and in addition to redesigning the platform surrounding the wheel to allow for six feet of space between host Pat Sajak and the contestants, the team also introduced a new curved monitor that surrounds the wheel. 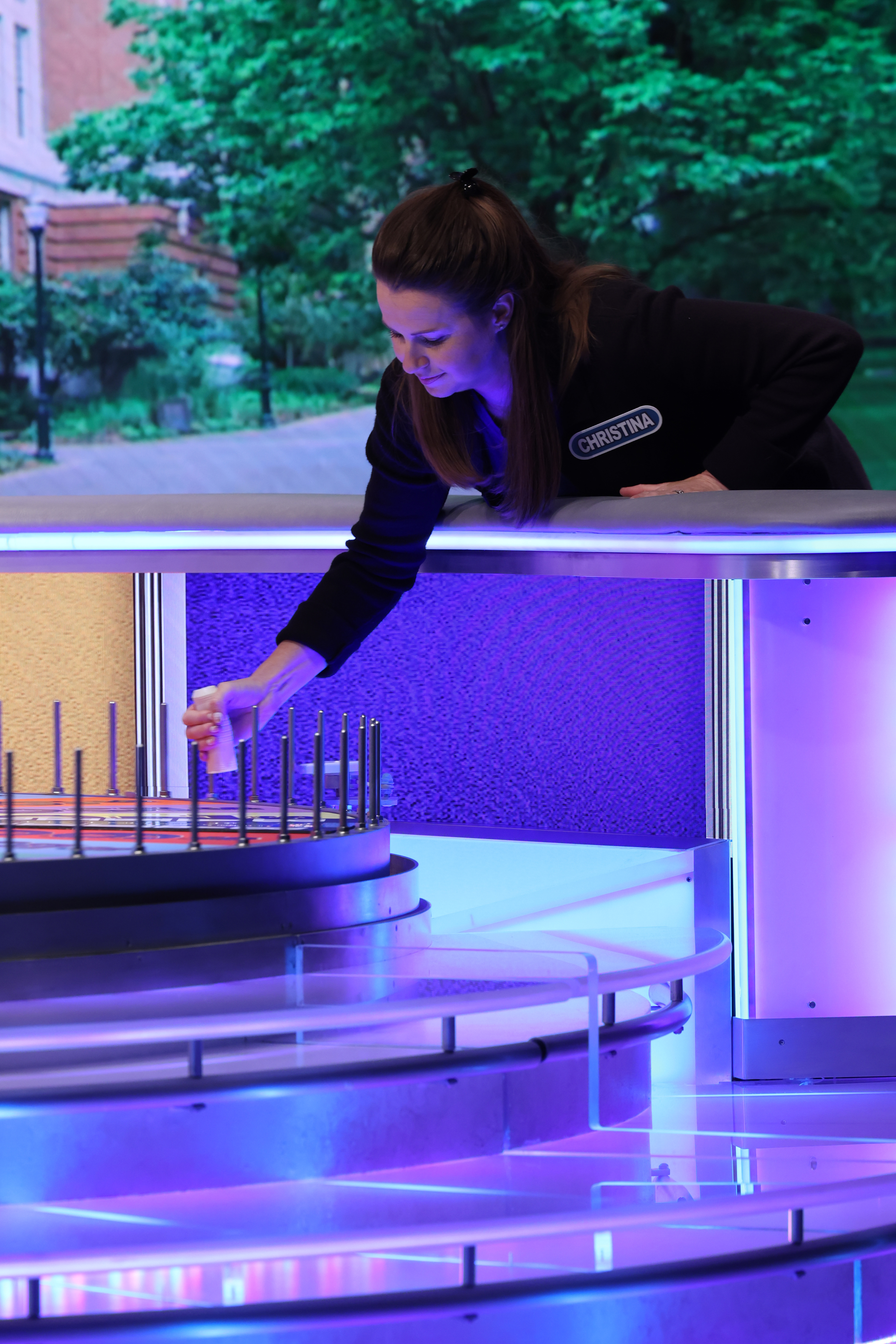 Each contestant has also been given their own spinning cap (left), which fits over the spoke of the wheel so they can spit the wheel without touching it. Sajak has dubbed this device ‘the white thing’.

Elsewhere, the game itself has not changed, except the minimum amount that can be won on the bonus wheel is $38,000, to celebrate the show’s 38th season.

Veteran game show producer Mike Richards took over as Executive Producer during the hiatus and has spearheaded the effort to get the show back on the air. The production followed local government guidelines and has rigorous testing protocols in place.

“Our challenge was not unique, to get back up and running in a way that is safe for everyone involved while making subtle improvements to make ‘America’s Game’ even better,” said Richards. “I think we have accomplished that in a big way, and our fans can be comfortable knowing that they’re going to tune in to see the Wheel of Fortune they love.”

Wheel of Fortune is produced by Sony Pictures Television and distributed by CBS Television Distribution.

Your Libra Monthly Horoscope for May

Everyone Agrees That Women Directors Were Snubbed — So What Now?

Change key settings before upgrading your iPhone or risk losing everything