Home » TV & Movies » Who is Cupcake from The Masked Singer?

SWEET Cupcake was in high demand as viewers flooded the comment section on Instagram asking for a cupcake mask.

It will be brought to life in season six of The Masked Singer, which will premiere on Fox on September 22, 2021, hosted by Nick Cannon. 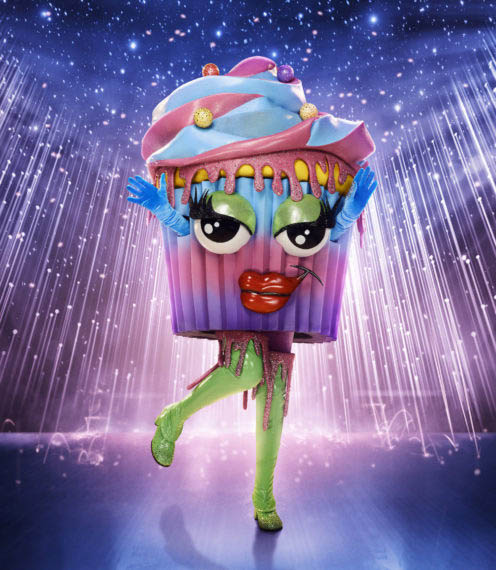 The top-secret singing competition has celebrities competing in elaborate costumes to hide their identities.

Cupcake is a colorful confection.

Her hands are covered by blue velvet gloves and her hat is covered in sprinkles.

Cupcake is definitely leaving viewers with cravings in the lineup of 16 contestants.

What are some clues?

The Masked Singer revealed the first official clues for the contestants in the Season 6 Teaser.

Cupcake enters the scene riding a sparkly purple scooter. Then she stops for a selfie and posts it to an Instagram-esque app, where she racks up the likes. This could hint to her identity being someone who is a social media influencer.

Others are guessing it may be someone who is known to bake or from a popular cooking show.

What are we expecting for Season 3?

The host Nick Cannon will be joined by panelists Jenny McCarthy, Ken Jeong, Nicole Scherzinger, and Robin Thicke in the sixth season of Fox's The Masked Singer.

The format will be restructured this time, with contestants split into two groups, Group A and Group B. The two groups will compete with one another until there is one standing on each side. The remaining two finalists will go head to head in the season finale.

There will be two new Wildcards joining the competition on the second night.

The masks have been revealed and we have got a taste of Cupcake's ambiance. Will Cupcake sprinkle her magic and win the Masked Singer?

Ice Cube demands Hollywood pay reparations to Black people saying ‘we’re 13% of the country, we need 13% of the money’