WHO Wants to be a Millionaire fans were left in hysterics after one of the contestants told Jeremy Clarkson "to be silent"during last night's show.

The pressure got too much for Greenwich lawyer Bhupinder when she was was trying to figure out the answer to a question about the word Luddite. 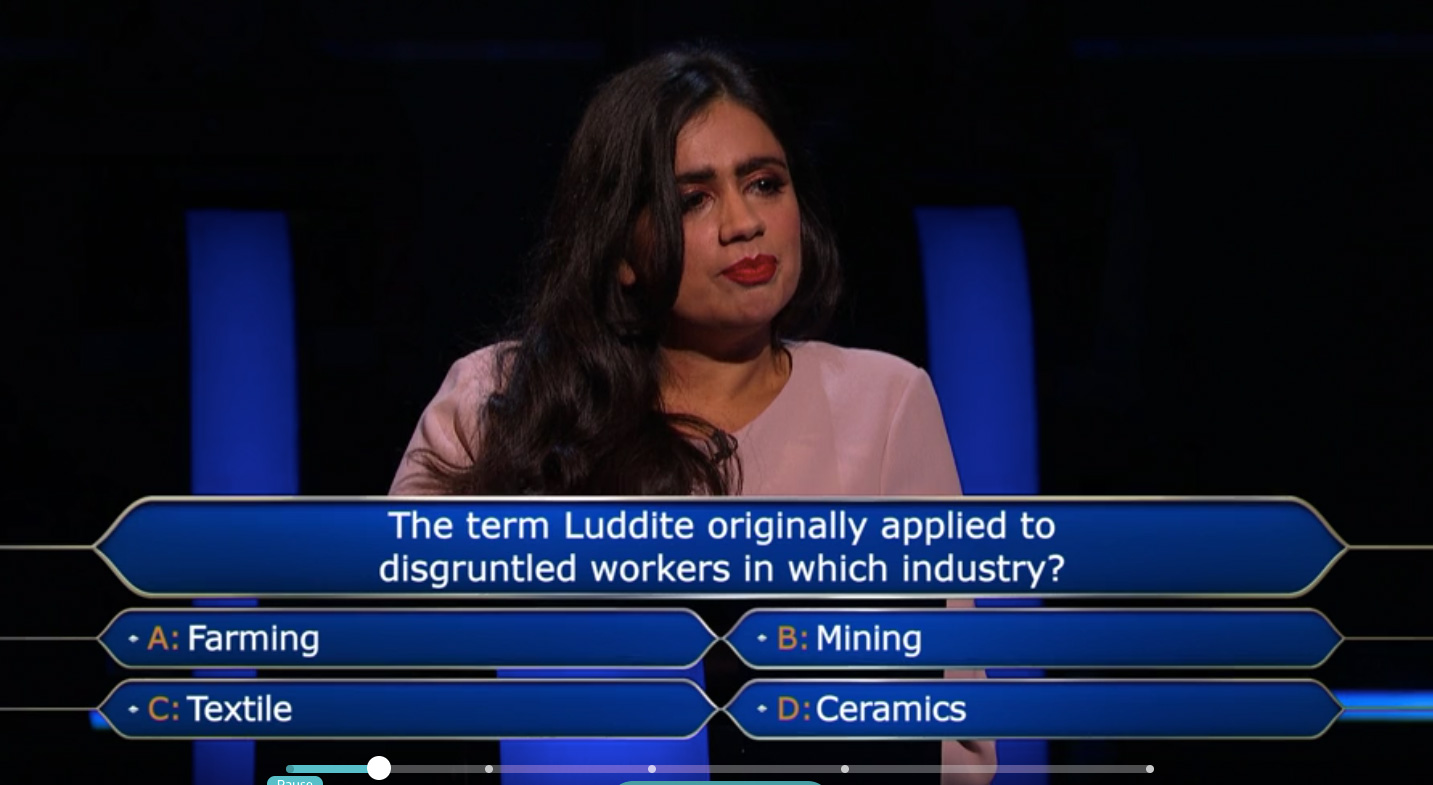 With £8,000 in the bank, spirits were high in the studio after Bhupinder managed to answer all of her questions correctly.

However things started to crumble when one question completely threw her off.

Host Jeremy asked her: "The term Luddite originally applied to disgruntled works in which industry?"

The former Top Gear star went on to give her the options of farming, mining, textile or ceramics. 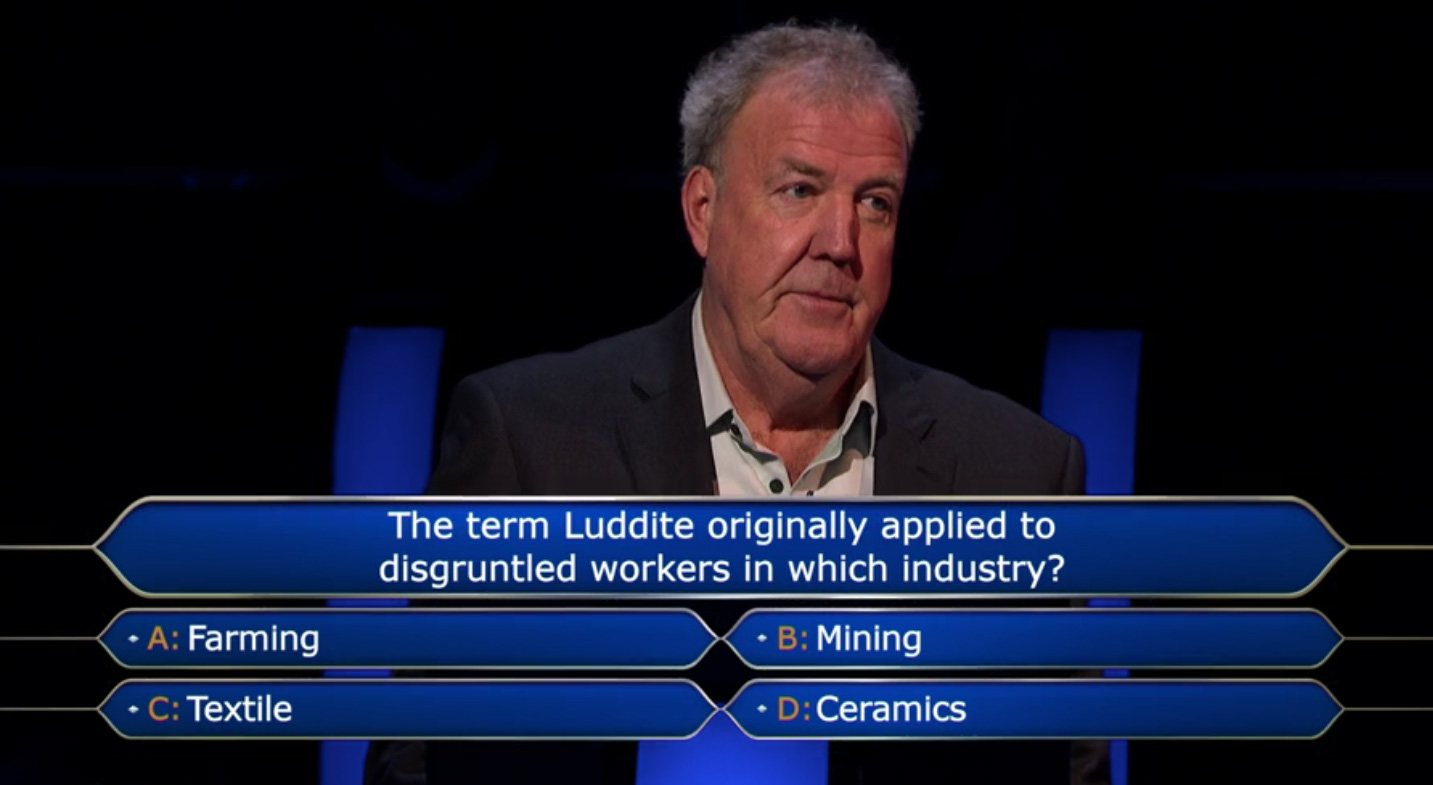 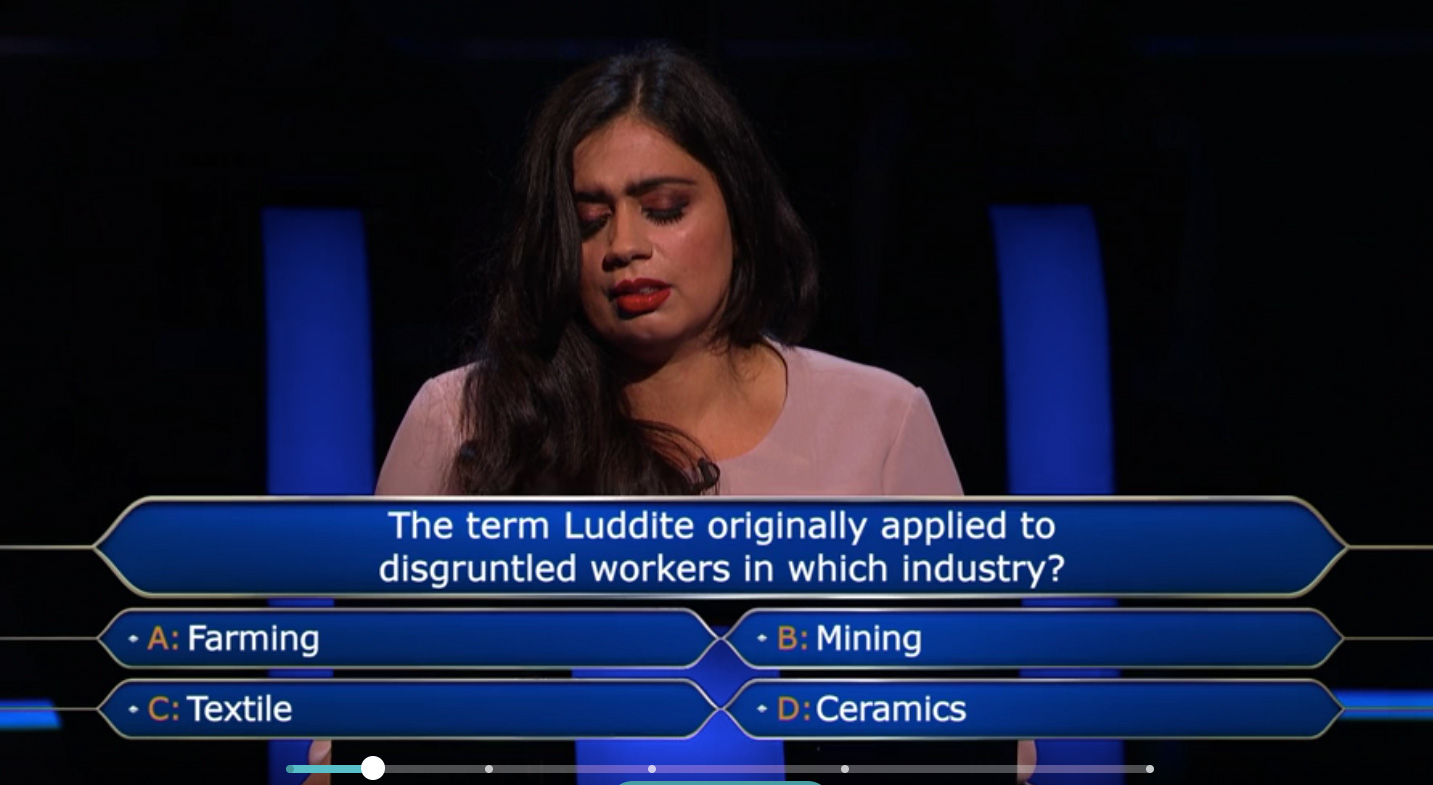 Bhupinder was left speechless as racked her brain for an answer.

"I've got a gut feeling on this one as well," she told Jeremy.

"So I think it's farming, sorry mining. But I can't think why. It's just sometihng buried deep in my thought process."

As Jeremy swivvled around in his chair, he said in a sarcastic tone: "There's no rush… 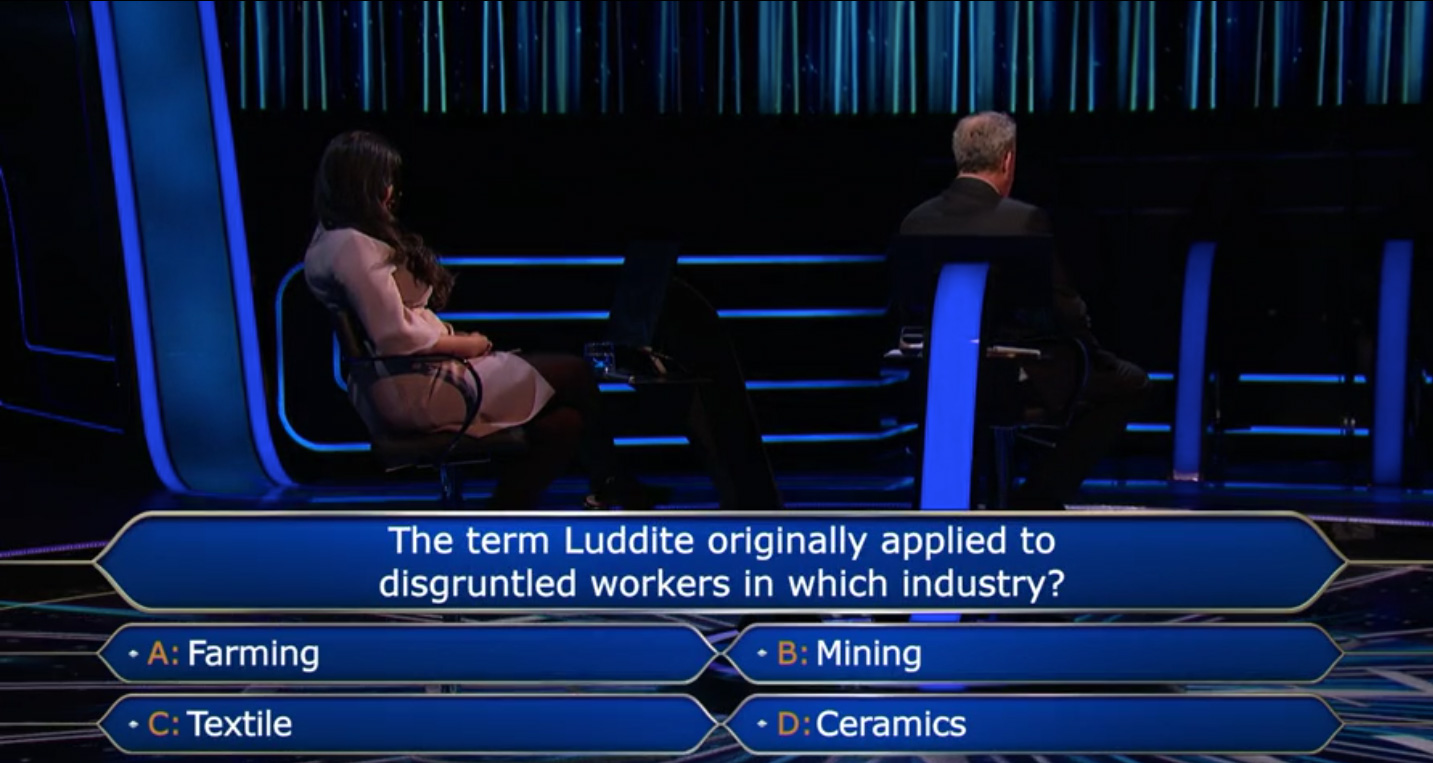 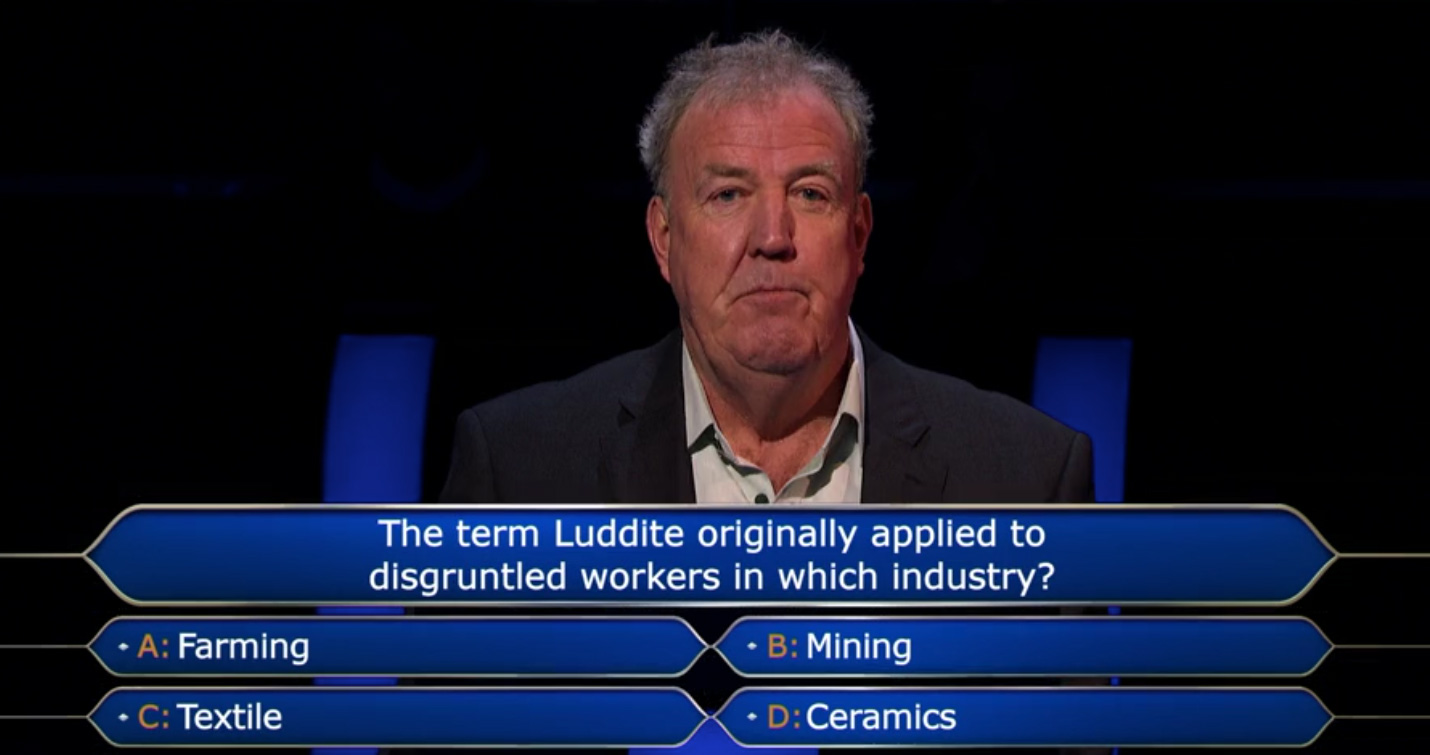 "Apart from the life span of the average human being in it."

But Bhupinder wasn't having any of Jeremy's nonsense and replied: "You're supposed to be silent."

The audience burst into laughter as the host was put in his place and shouted back: "Quiet everybody please! Thinking is happening."

And viewers of the ITV quiz show took to Twitter to share their amusement about the situation. 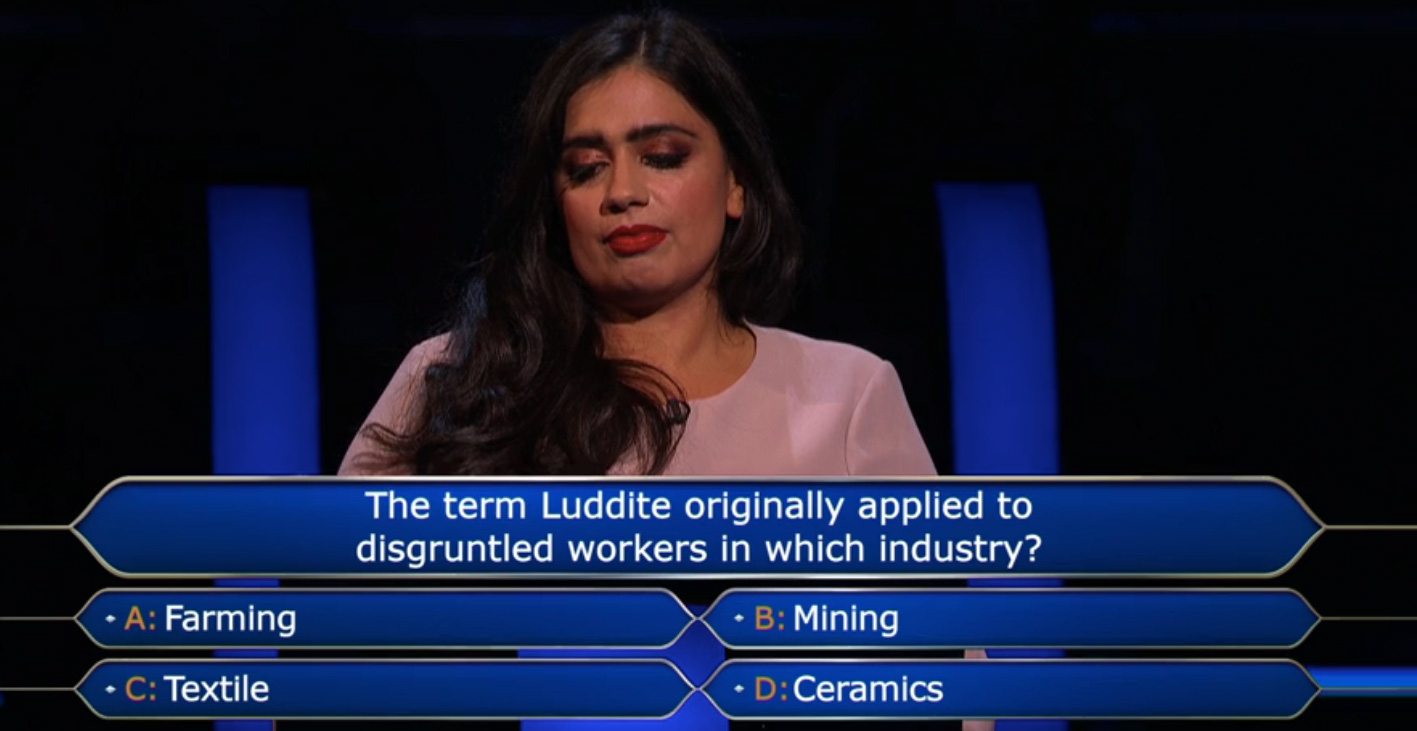 One wrote: "Love that this contestant bit back at @JeremyClarkson.  #whowantstobeamillionaire."

Another said: "Absolutely love #whowantstobeamillionaire gets me emotional every time," with a laughing face emoji.

Things took a turn for the worst when the contestant picked the wrong answer. 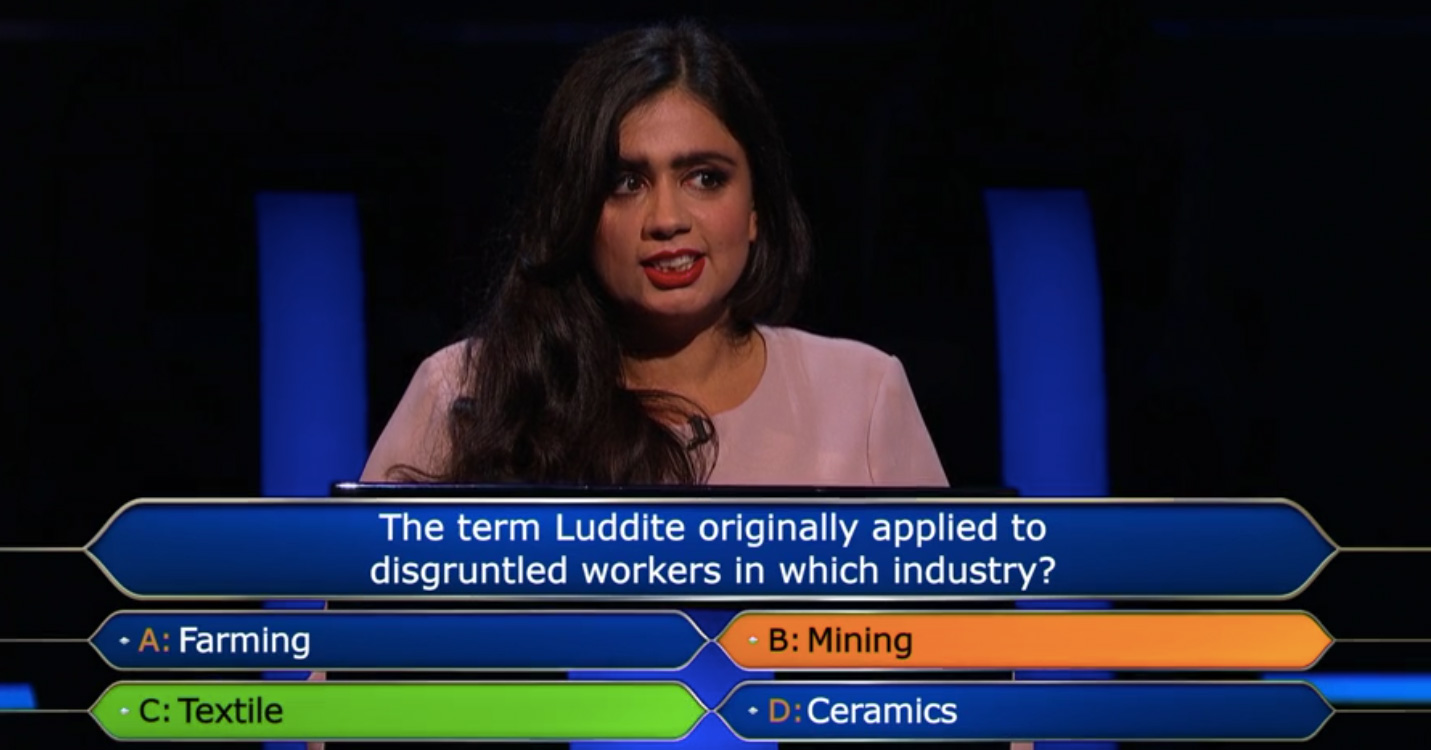 Bhupinder decided to ignore her two phone a friend lines and went with her gut – option B, mining.

But it was unfortunately the wrong answer.

Clearly gutted by her choice, she admitted: "Yeah I should have used my phone a friend."

Jeremy agreed and said: "You should have done. That's what they're there for! Anyway, you've won £1000!"

After Bhupinder left, fellow contestant Dan left with a hefty wad of cash in the bank.

Despite winning £125,000, fans were left baffled when he struggled to answer a question about Disney's Finding Nemo.

The primary school teacher had to call his dad to find out which character in the movie was blue.

‘Little Fires Everywhere’ is ‘Big Little Lies’ with a blowtorch

Best Shoes to Update Your Closet for Spring

Artist colorizes victims of the Holocaust to keep their memory alive