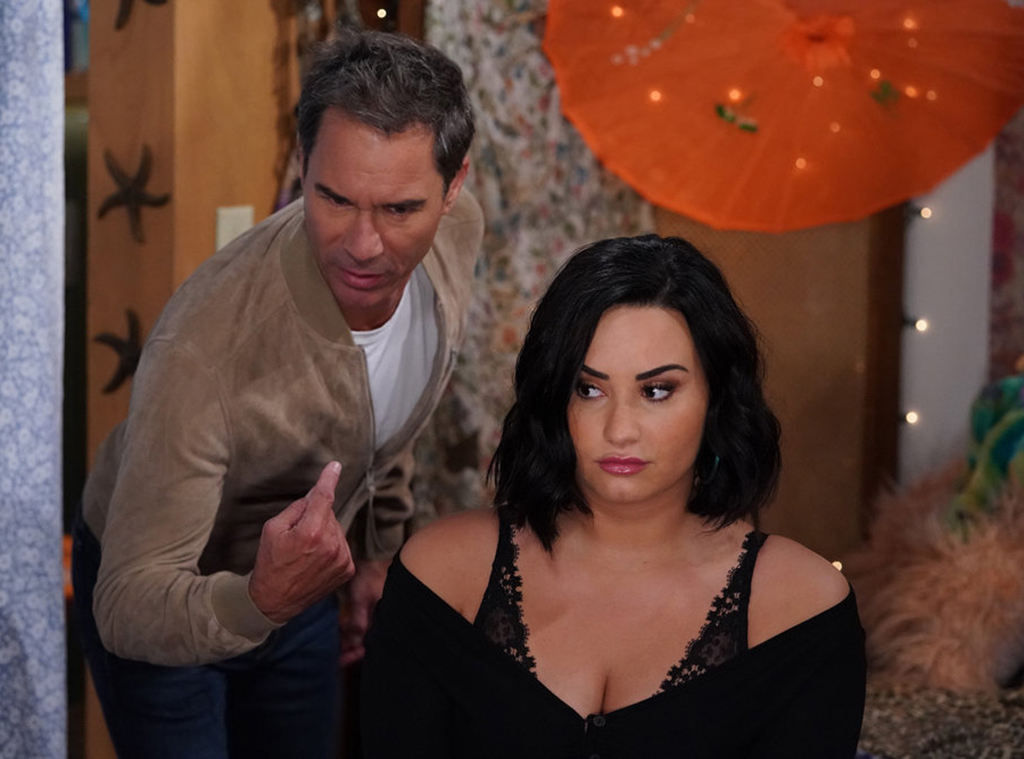 Everybody gets tongue-tied sometimes, from international superstar singers to seasoned sitcom pros.

Sometimes, we get to watch them get tongue-tied thanks to a brilliant invention called bloopers, and Will & Grace has blessed us with a video full of them, featuring season 11 guest star Demi Lovato having trouble during her livestreaming adventures with Jack (Sean Hayes).

She simply cannot say her line, and her struggles seem to rub off on Hayes, and they’re not alone. Eric McCormack has trouble, Debra Messing has trouble, and even Megan Mullally‘s struggling to get her line out.

It’s so cute we’d like to request (nay, demand!) bloopers for every single episode ever, and especially those over these past couple weeks featuring Lovato as Jenny, Will’s surrogate. The scene she and Hayes are struggling with is her explaining one of the many ways she makes money: she livestreams ASMR for profit.

In the episode, Jenny had asked Will to help her out with “some internet thing,” but since he was busy, he sent Jack in his place, resulting in an incredible new team-up.

You can watch the bloopers below!

Now that you’ve watched the bloopers, you also have to watch/rewatch/and then rewatch again the video of Jack and Karen’s ASMR fight, which Demi Lovato had the honor of just sitting in the middle of.

Basically, Jack had told Karen’s new lover/Jenny’s brother that he was just Karen’s booty call, and it resulted in the fight below that also somehow actually does work as ASMR, despite Karen’s threats of violence.

This episode also gave us the line, “Oh darn. These aren’t sandwiches, they’re sex toys!” and the idea of a baby named Wheat.

Just a gift all around.

Will & Grace airs Thursdays at 9 p.m. on NBC (returning next week).

E! and NBC are both part of the NBC Universal family.

What is climate change and how can we stop it?

FaceTime games: How to play games over FaceTime with your friends

What it’s REALLY like to star on Naked Attraction, from auditioning nude on WhatsApp to pubic hair contracts and NO payment