Our excitement for Guy Richie’s live-action take on Aladdin has been tempered somewhat, no thanks to rumours of whitewashing, but will Will Smith’s take on Genie change things?

Disney offered audiences their very first glimpse of Richie’s remake at CinemaCon yesterday (April 24), including footage of Will’s portrayal of the iconic Genie.

While we know that his Genie isn’t going to please everyone, Disney’s distribution executive Cathleen Taff did at least offer a reassuring insight into his character. 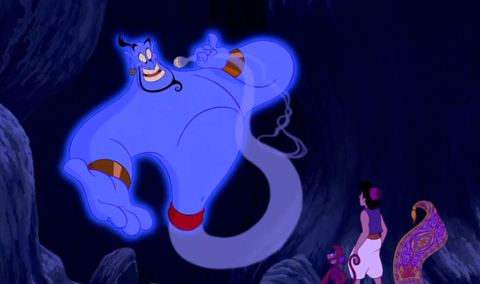 “To state the obvious, no-one could replicate the iconic performance of Robin Williams,” she said, before going on to reveal just how different Smith’s Genie will be.

According to The Wrap, Cathleen described his performance as “a little Fresh Prince, a little Hitch and a whole lot of attitude,” which sounds like a good thing.

The updated version of the Disney classic is expected to fly into cinemas next year, and its lead star Mena Massoud was the one to confirm that its genie is now out of the bottle, so to speak.

“That’s a wrap on #Aladdin!” he told fans on Twitter. “It’s been an incredible journey and I can’t wait for you to see it summer 2019!”

Big Night In: Peter Kay fans ‘very happy’ with his rare TV appearance as he returns for the first time in two years – The Sun

Watch The New Trailer For ‘Dora & The Lost City of Gold’ With Eva Longoria & Isabela Moner!

Disney To Celebrate Moviegoing During Oscars With Talent & Exclusive Trailers From ‘West Side Story’, ‘Summer Of Soul’ & More

Zendaya Is Absolutely Euphoric About Her Two PCAs Nominations: See Her Adorable Reaction!