Worlds of DC is getting another major reshuffle as Warner Bros has announced a new division. 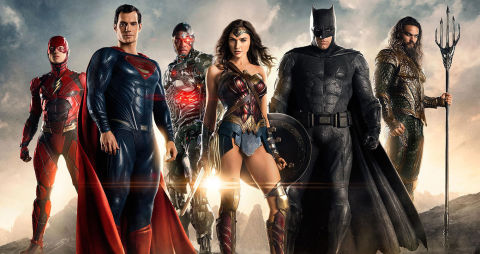 This shakeup comes as Warner Bros plans on playing a huge role in the creation of content, with DC Entertainment attempting to get things back on track after slipping up with a few of its movies.

What could this mean for the future of Henry Cavill’s Superman? Earlier this week, it was reported that the actor would no longer play the Man of Steel, but he has since posted a cryptic (and rather bizarre) Instagram video that hints he might not be fully done with the cape just yet. With a change of gameplan at DC Entertainment, perhaps his rendition of the superhero can finally be done justice.

The reshuffle may also be positive news for DC’s planned wave of supervillain movies, which have (most likely) been inspired by the reception to Margot Robbie’s Harley Quinn.

“This is an incredible opportunity for us to super-serve our fans across a variety of platforms and venues throughout their lifetimes,” said Lifford in the press release. “We’re now making it a priority to bring these properties to fans in new and exciting ways.”

Kate Garraway discusses spending her anniversary away from Derek

Geordie Shore’s Nathan Henry has filler injected into his tear ducts, jaw and cheeks as pals fear he’ll get ‘addicted’ to surgery

Stream of the Day: ‘Colossal,’ Now on Hulu, Is a Monster Movie That Understands Our Confusing Times