The X Factor‘s judging line-up is a hotly debated subject every year, especially when major changes are set to come.

The latest rumour is that Robbie Williams is set to join Simon Cowell on the ITV panel.

And just as an extra little twist, his wife – Loose Women panellist Ayda Field – could also be mentoring alongside him. 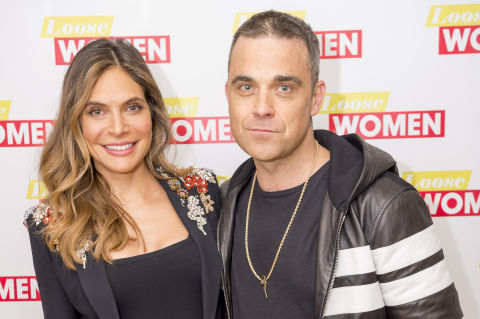 It’s rumoured that the mum of two is set to join her husband to oversee the wannabe singers.

But viewers aren’t sure what Ayda would actually bring to the panel, considering she’s not known for having any notable music knowledge or expertise.

Instead, she first found fame on the US soap Days of Our Lives, before marrying Robbie in 2010 and joining Loose Women in 2016.

Taking to Twitter, many shared their views about Ayda possibly joining the panel.

The X Factor could look very different when it returns to ITV later this year.

Louis Walsh has already announced he is leaving the panel after working on and off for 13 years.

“I’ve had a fantastic 13 years on The X Factor but the show needs a change and I’m ready to leave,” he said.

“I’m looking forward to another series of Ireland’s Got Talent, going back to my day job as a manager, writing my memoirs and seeing the world.”

Nicole Scherzinger is also rumoured to be stepping down as a judge, while Sharon Osbourne will be taking a scaled-down role.

'The Sopranos': Why James Gandolfini Would Smoke Lucky Strikes Before Shooting Certain Scenes

2 women hit by car on Seattle highway closed amid protests

Hamster gets Blue Peter badge after helping owner with lockdown