The 47-year-old fitness fanatic had suffered a “full-on stroke” during his two-hour drive from Bognor Regis back to his North London home. 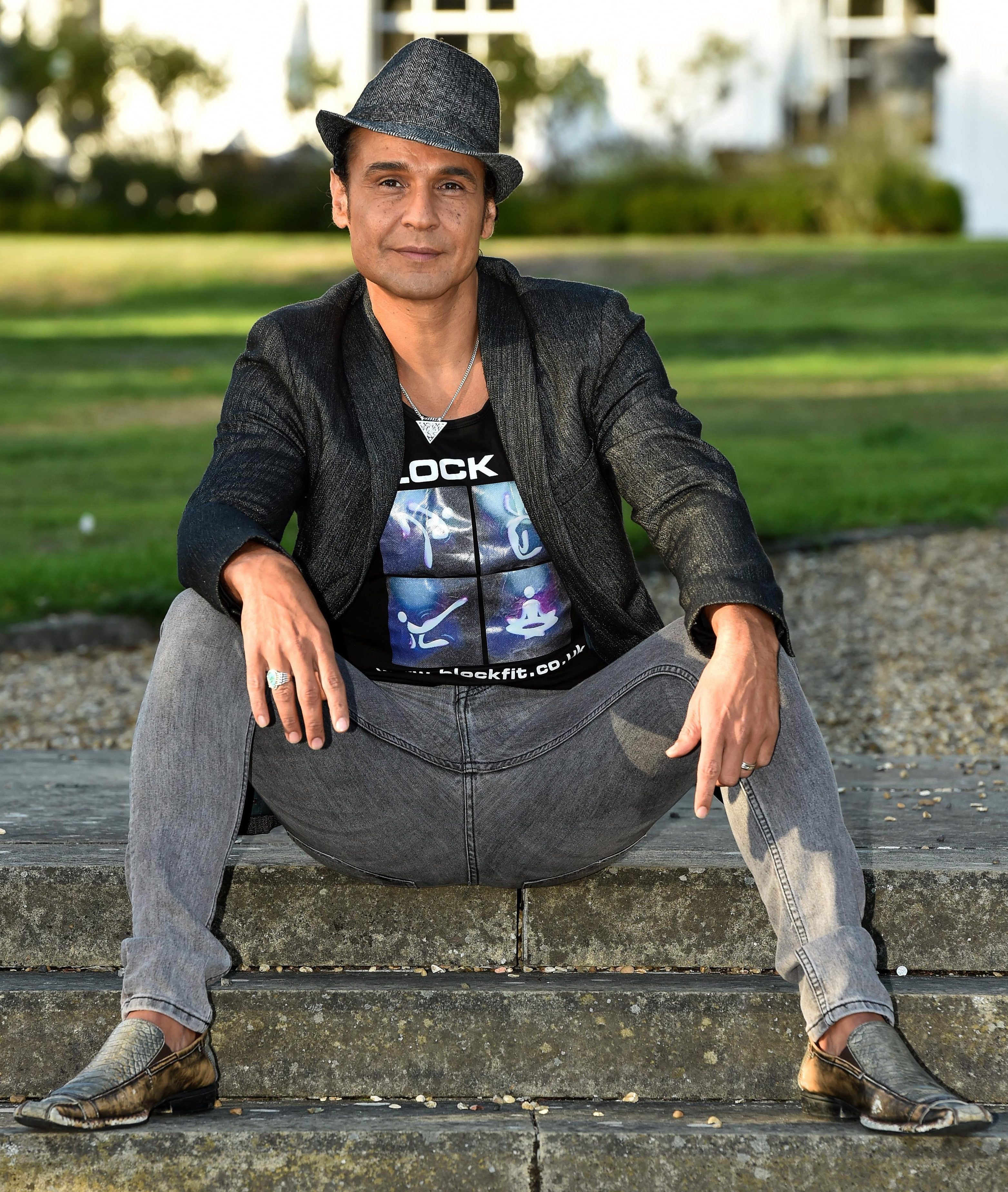 The star — who shot to fame on the ITV show in 2005 with his catchy song, It’s Chico Time — told The Sun last night: “I literally thought it was Chico’s time.”

But not only did he survive the 2cm blood clot on his brain that should have killed him “instantly” but he is recovering so well specialists have dubbed him “a walking, talking miracle”.

“My angels were working overtime that day,” he said.

Chico, who set up his own fitness company Blockfit in 2014, had been on his way back to his Barnet home at lunchtime on Saturday, September 15, having taken a class at Butlin’s in Bognor Regis, when he noticed something was wrong. 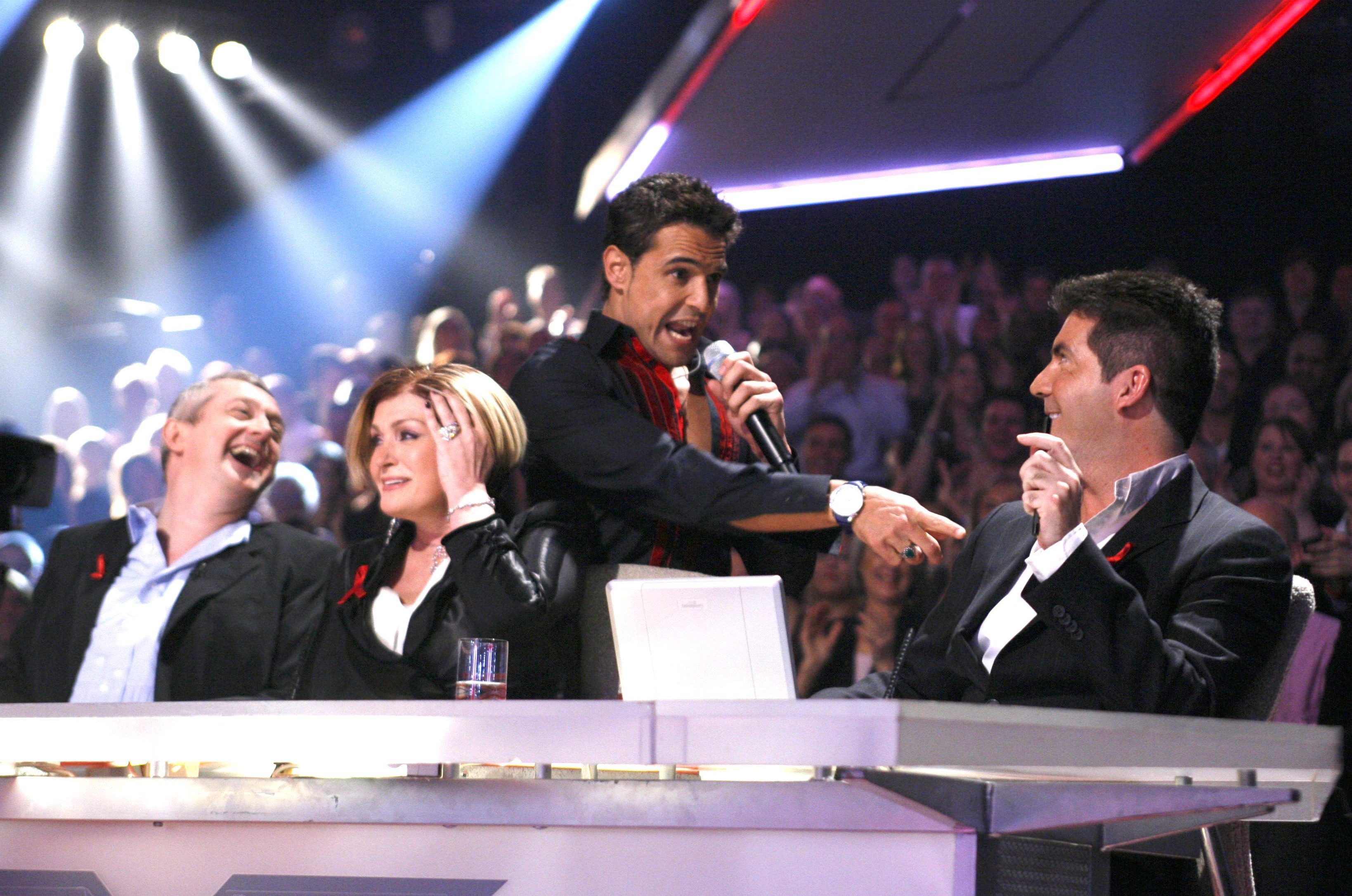 At the wheel of his black Kia, he felt his face drop. Then suddenly he lost all five senses plus the sensation in his left arm.

Pulling over at a nearby pub, he vomited violently, then blacked out.

Speaking of his ordeal for the first time, he said: “My eyes were going in the back of my head literally — I was in a bad way. I was far from OK.

“There was no sense of Chico. I was having a near-death experience. It was like I’m dying. I thought I was just about to take my last breath. 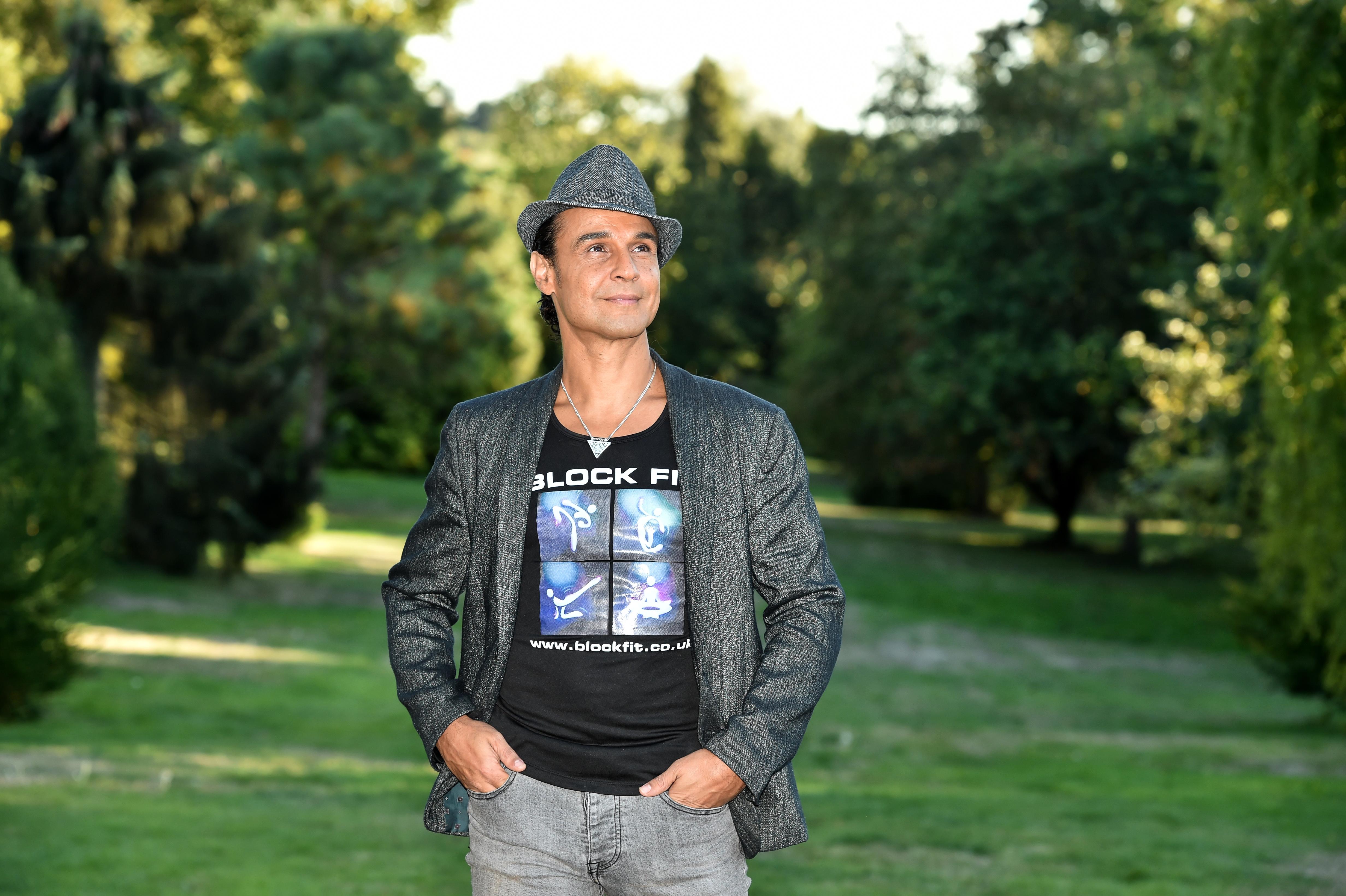 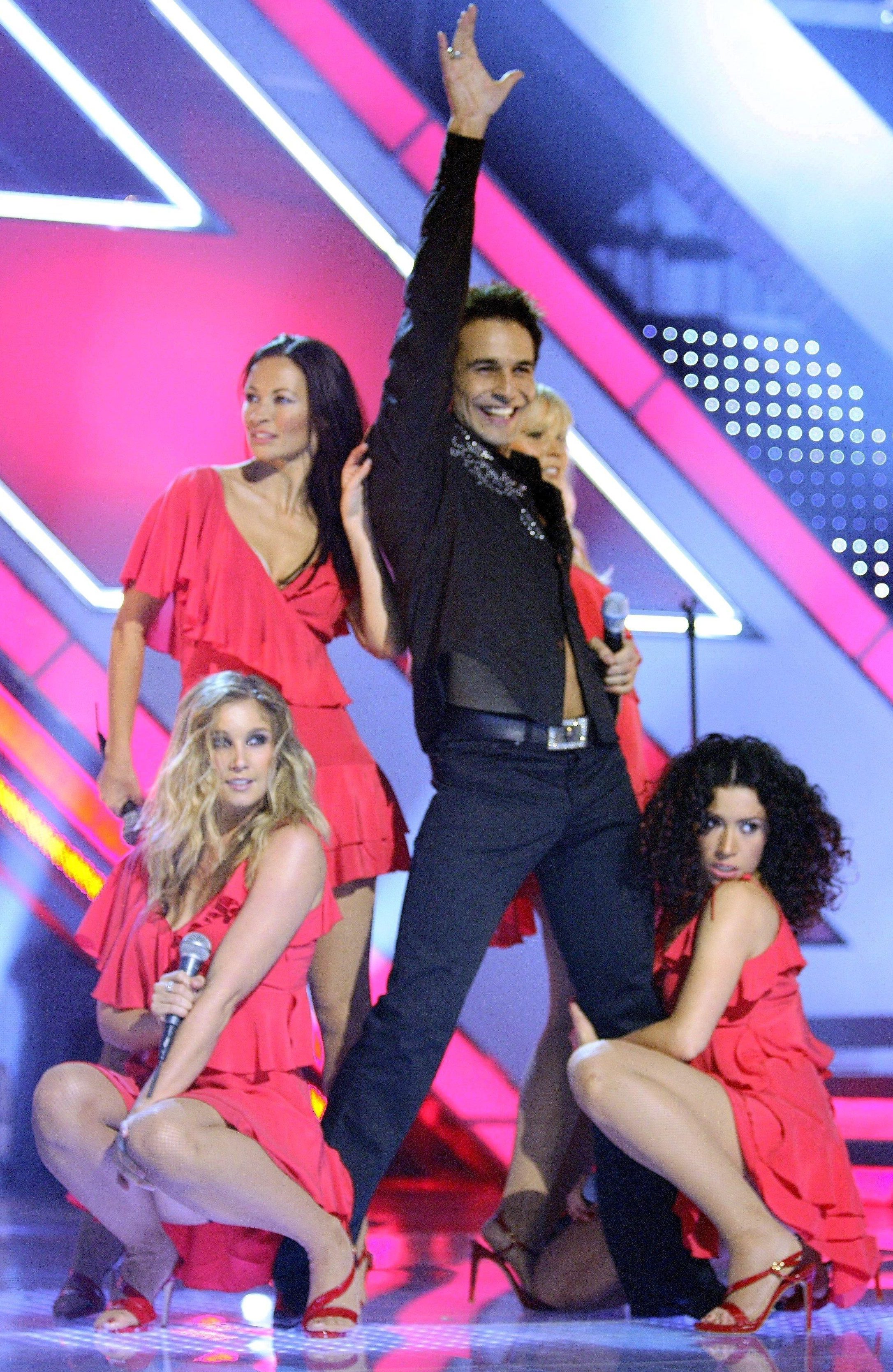 “I thought, ‘I’m parked in a car, without anyone around me, and I’m going to die alone’.

“The expression when your life flashes in front of you — it was like that. Like I was reaching this near-death experience. Time itself vanishes.

His desire to inspire more people with his fitness classes and spend more time with his family flashed across his mind, as if he were talking to a “supreme power”.

“I found myself saying in my mind: ‘I’m 47, and I really don’t want to go because I don’t feel I’ve accomplished what I came here to do. 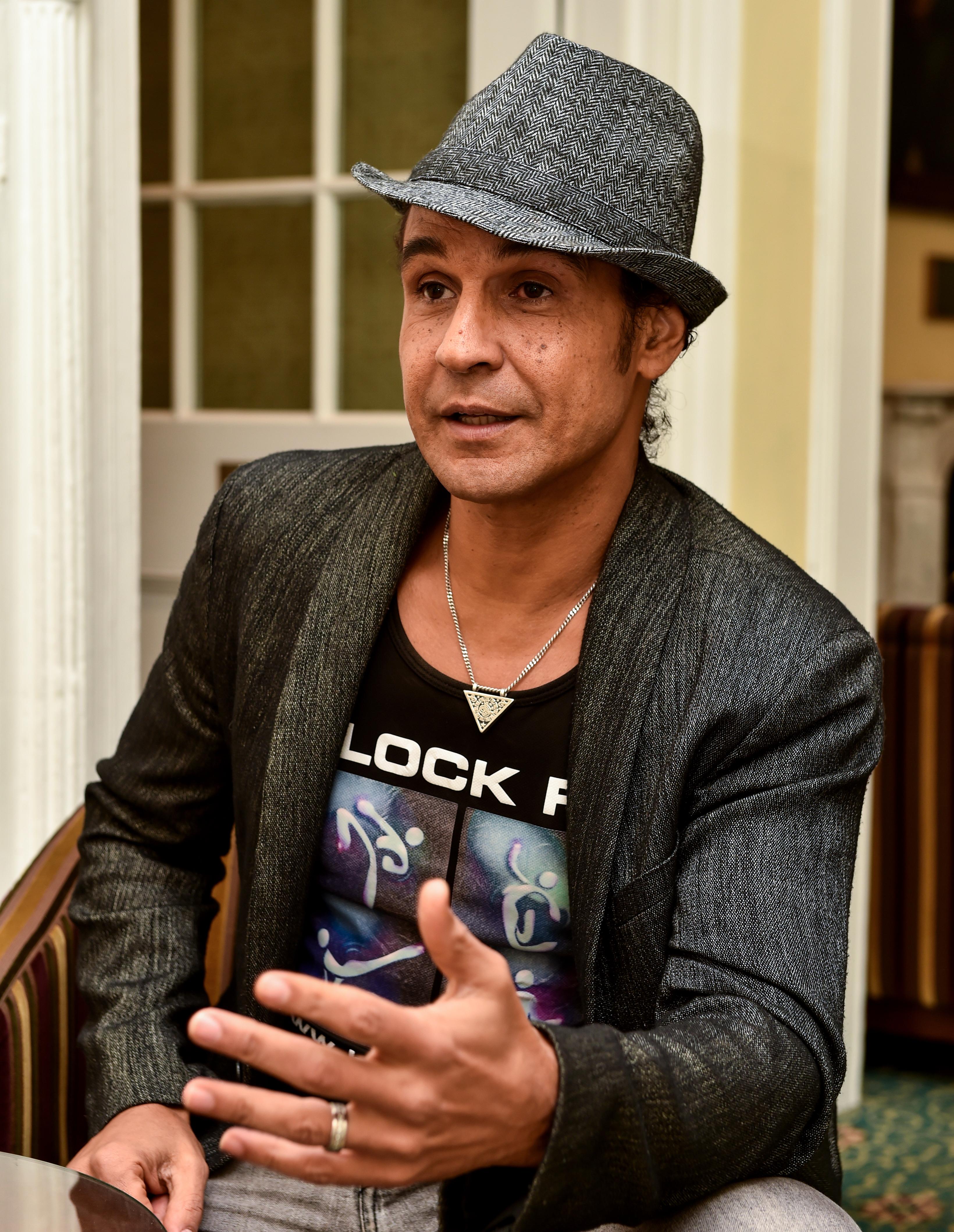 "I have not accomplished my mission’ But I said, ‘If I close my eyes now and don’t wake up, I want you to know that I’ve done my best’.”

He somehow managed to summon the strength to complete his drive to the home he shares with wife Daniyela, 50, daughter Lalla Khira, 12, and son Zacharia, eight.

The following day, thinking he was fine, he travelled to another Butlins, 125 miles away in Skegness, to lead a fitness class — despite still experiencing some stroke symptoms. 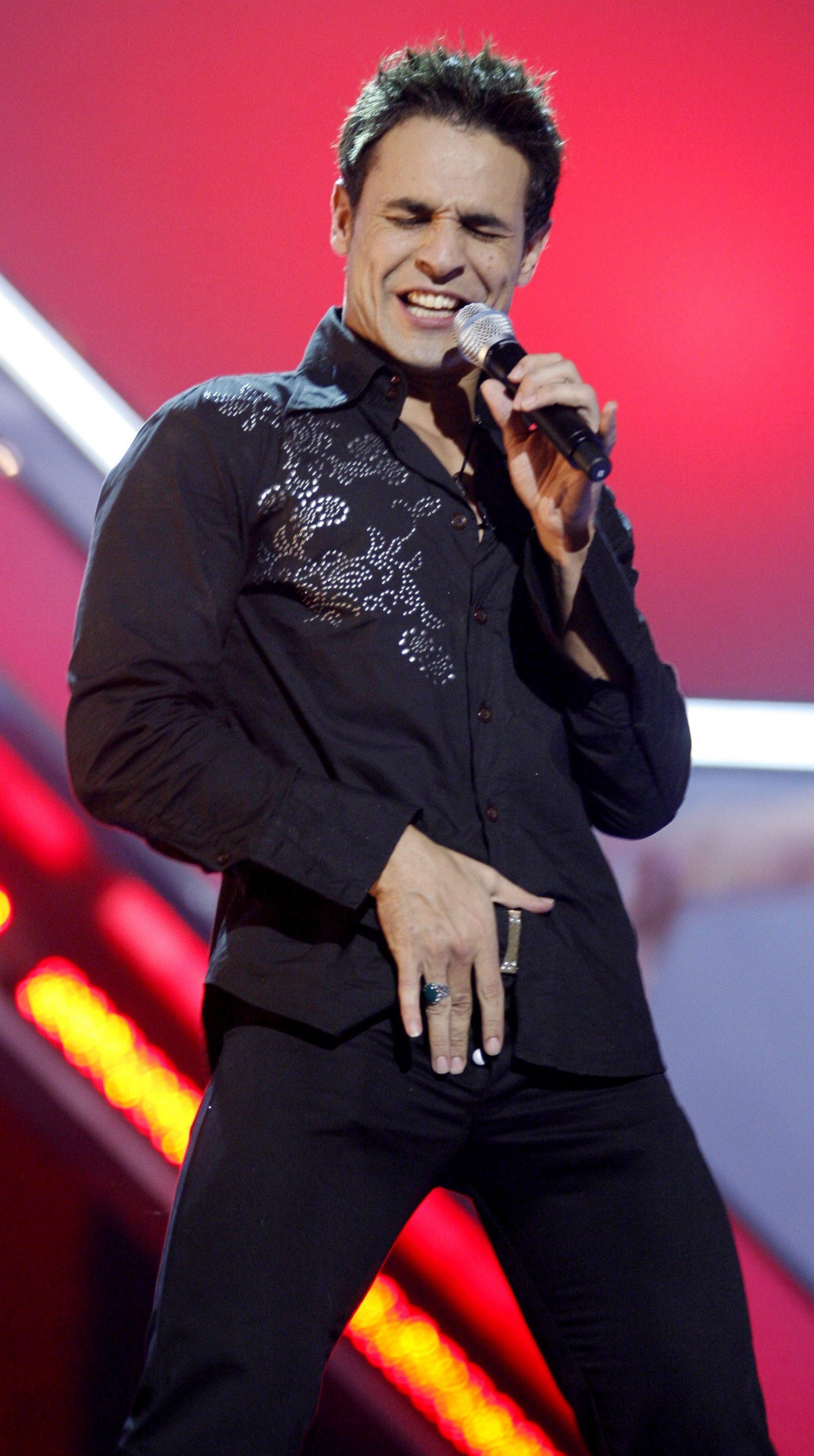 He said: “My left hand was totally gone. I kept jabbing thinking ‘oh my god, how am I going to do the combat section, this is really weird’.

“And it was the weirdest thing because your mind and your brain is asking it to do that but you can’t do it.

"It was the first time I understood what it must be like for people who have motor neurone illnesses.

“I was struggling with my speech too — I was finding it very hard. I was onstage and I’m thinking, ‘they probably think I’m drunk’.” 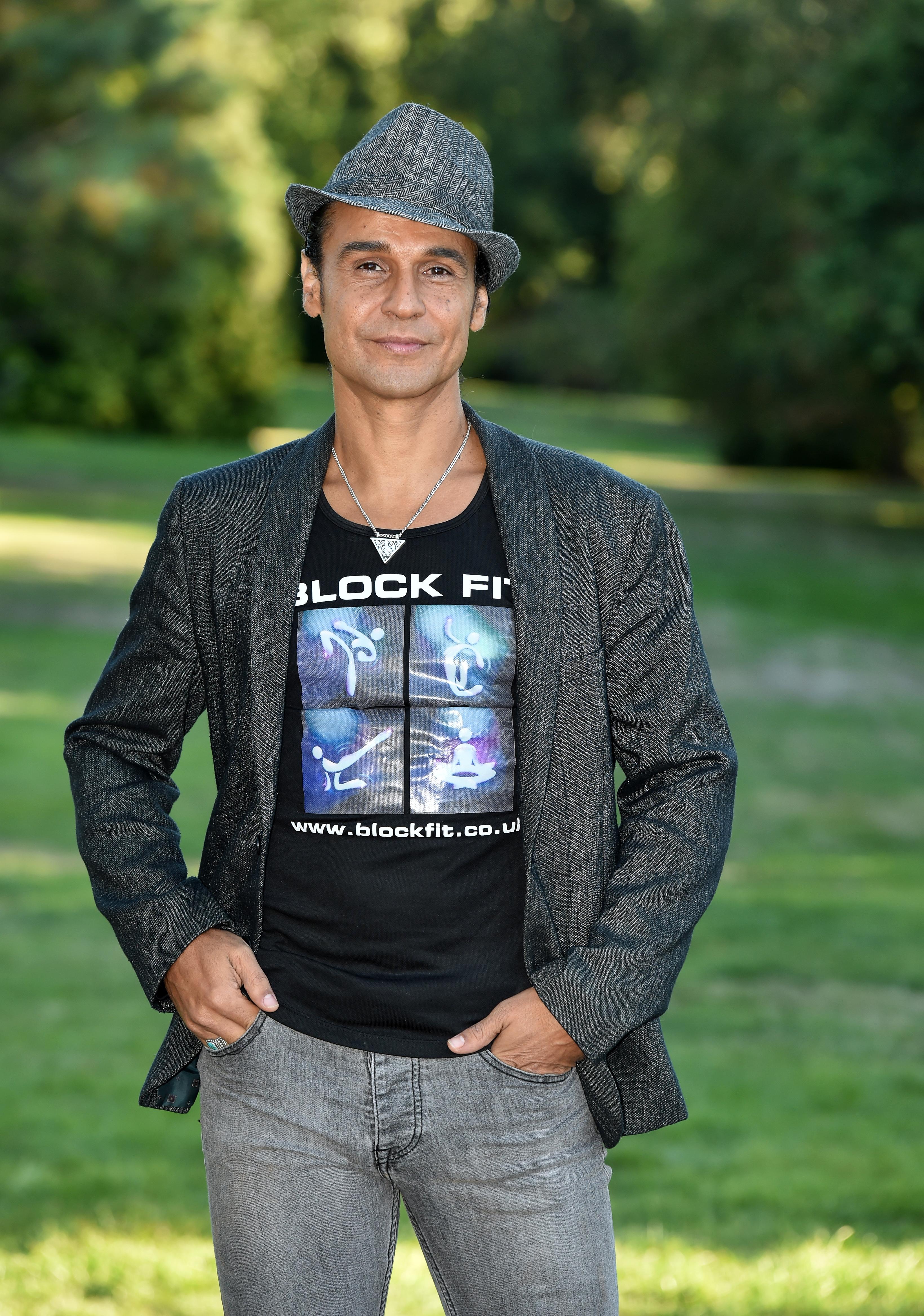 A day later, Chico’s wife Daniyela took him to Barnet Hospital where doctors ran a string of tests including an MRI scan and various blood tests that confirmed he’d had a stroke.

Medics still can’t believe how he managed to drive all those miles in his condition.

He revealed: “The doctor said ten per cent of people who have a stroke like this would make a full recovery but that normally takes them two, three, four months.

Then he said about 15 per cent recover but with an impairment like a disability of some sort, like a dead arm or a dead face.” 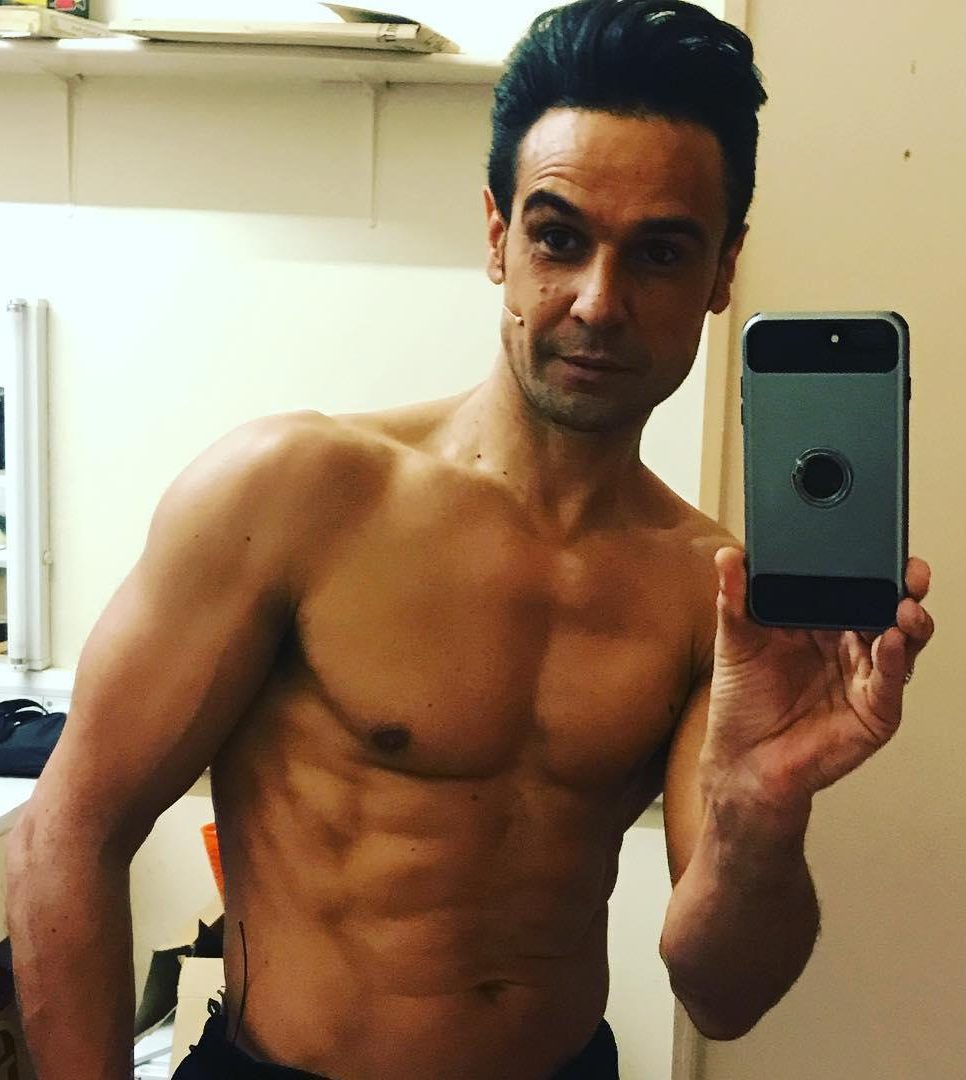 The large majority are in a vegetative state, said Chico, explaining “they can’t talk, walk, they need 24-hour care”.

Chico’s family are still in tears over his ordeal, he says especially his fashion-designer wife Daniyela, who is also his manager. She feels it should have been her who suffered the stroke.

He said: “She’s not a fit person and she’s a smoker — she’s the opposite to me. She keeps almost blaming herself, ‘this should be me’. 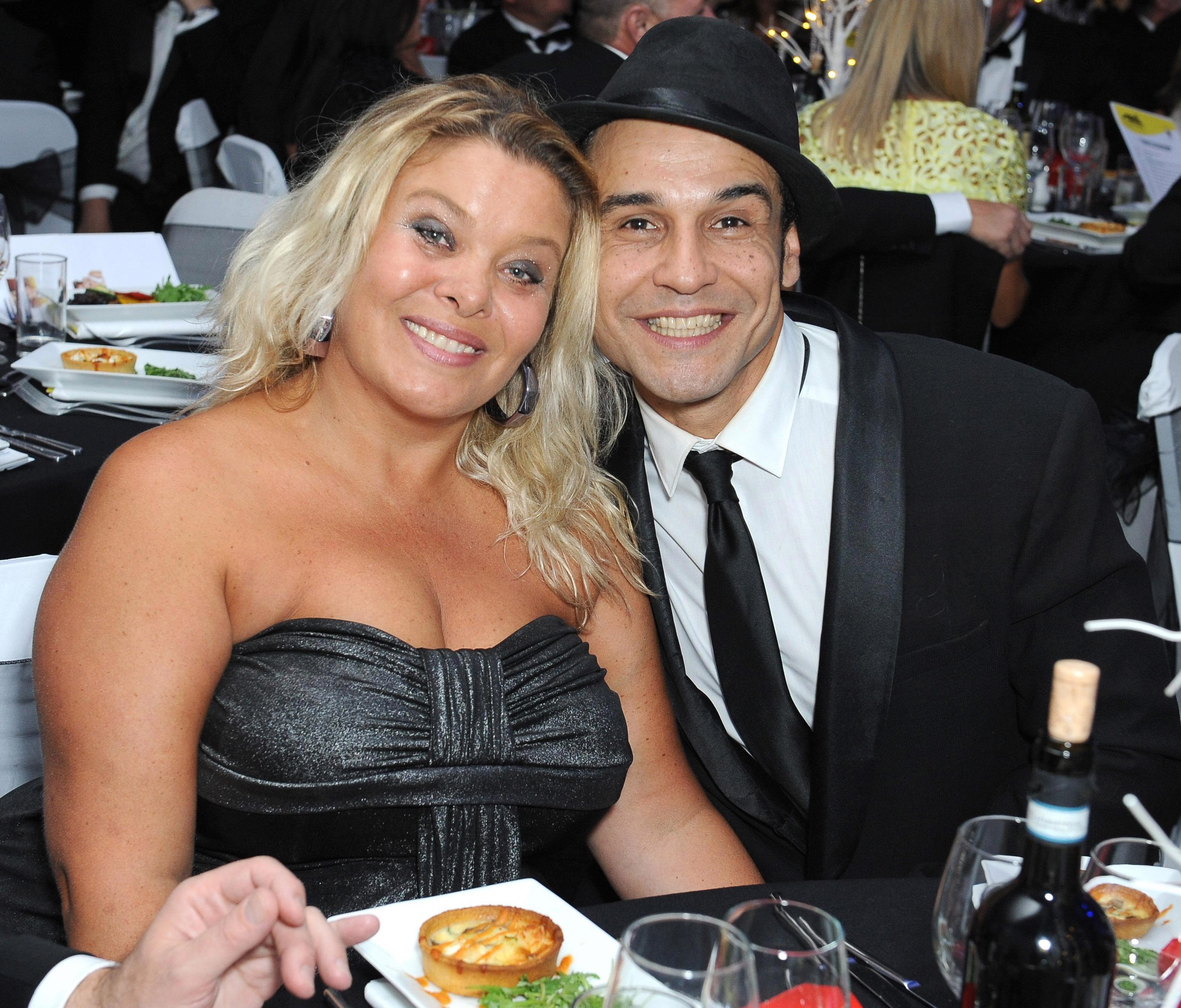 The clean- living dad-of-two never thought he’d be struck by such a killer condition.

He said: “People with six packs don’t get strokes and heart attacks. It was the furthest thing from my mind.

“Most people presume it’s an old person’s illness, you have to be a drinker or a smoker. 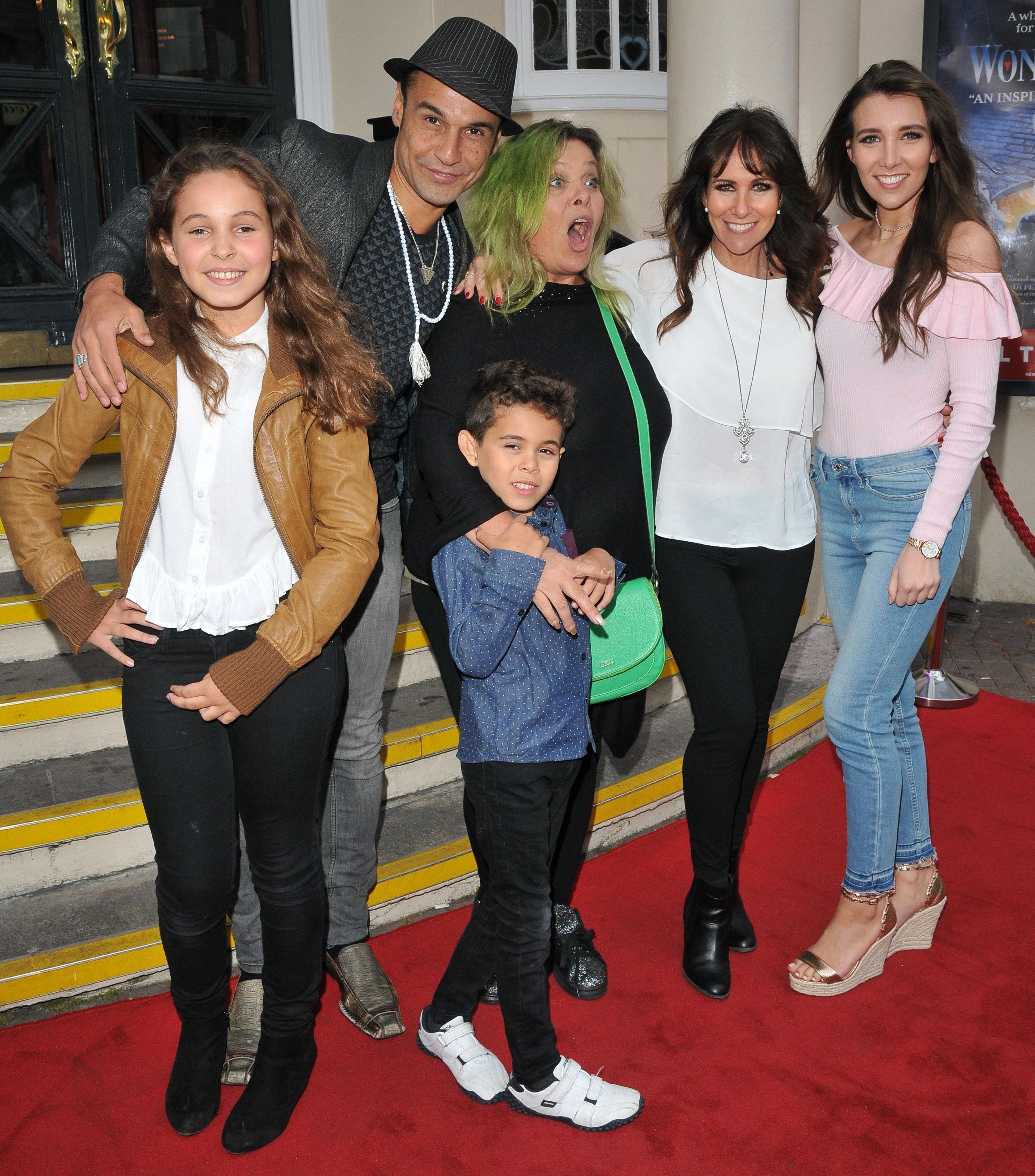 And he reckons it’s only because of his healthy lifestyle and positive outlook that he has lived to tell the tale.

Chico now wants to use his experience to help other stroke sufferers, by introducing his Blockfit classes to them.

He added: “I’m hoping to take this experience and change lives with it because that’s what it’s about.

“Now I am a living, walking, talking miracle so I can say to you, ‘look I’ve been there, I’ve seen it, I’ve had a near-death experience, but this is what you can do to prevent it and this is what we’re going to do from now on to inspire a whole new generation to think right, do right, be right and it’s alright.’” 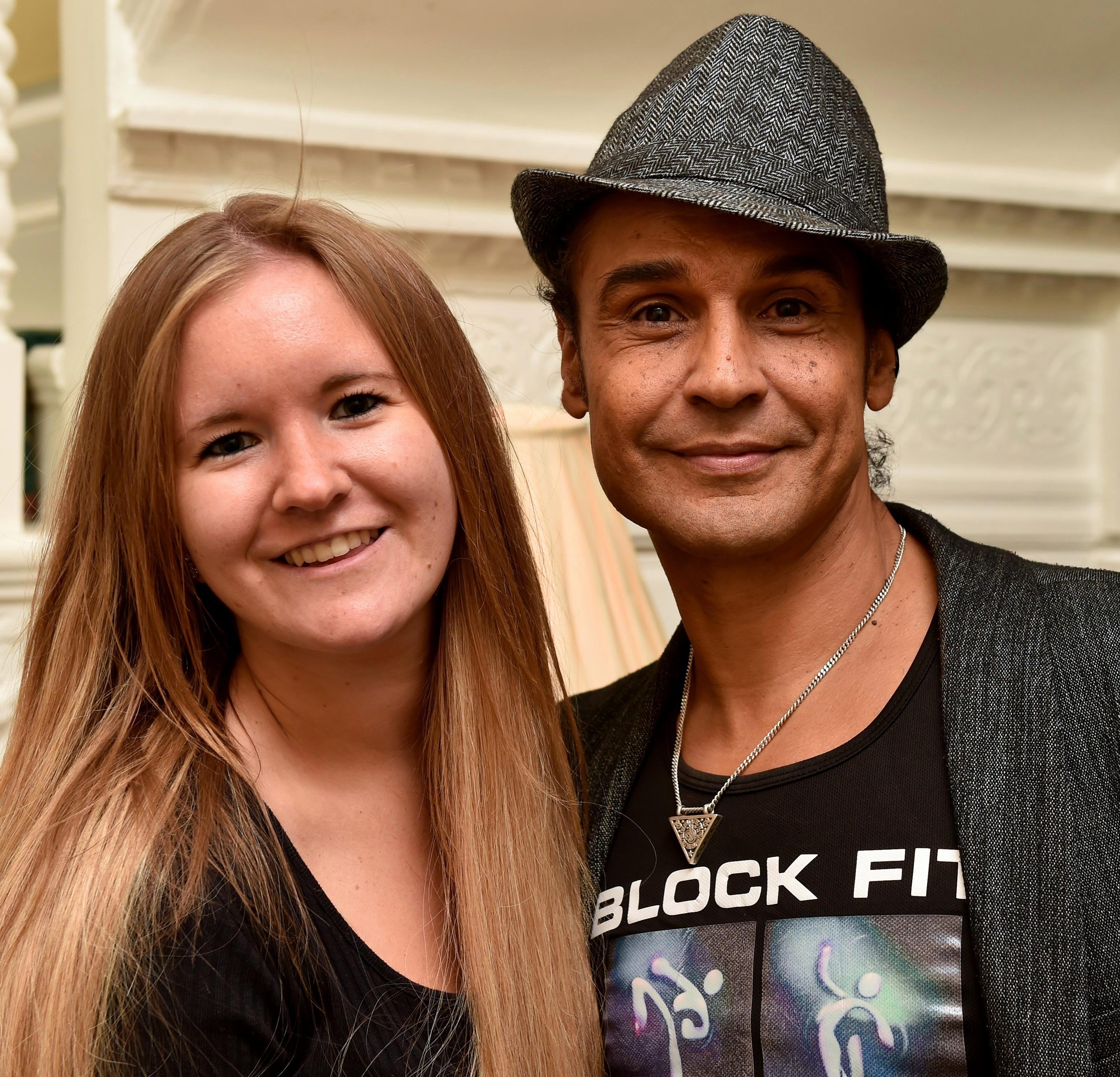 Chico made his name on the second ever series of The X Factor in 2005, introducing himself in his audition as a “Moroccan ex-goat herding stripper”. He charmed viewers with his infectious charisma, good looks and, of course, his catchphrase “It’s Chico Time” – which he turned into a No1 hit single, the first non-X Factor winner ever to top the charts.

After finishing fifth in the series, he maintained his TV profile by appearing on reality shows and has become a regular at UK holiday parks, many of which are included in The Sun’s Holidays for £9.95 offer. But in recent years he’s dedicated his life to fitness.

Chico will now spend the next few weeks relaxing at home or as he calls it on “wife house arrest”, to ensure recovery goes to plan. He has now regained 90 per cent of his speech and is taking aspirin to thin his blood.

He’s been banned from driving for 30 days and has cancelled a string of work commitments.

THE Sun’s Dr Carol Cooper says: “One in four strokes occur in people under 65.

“It’s often quite difficult to recognise the symptoms because it is just so unexpected.

“Sometimes there’s a family history, sometimes undiagnosed high blood pressure, but in quite a ­number there is no obvious reason.

“The two main types of stroke are a blood clot on the brain and a haemorrhage. The latter are more common in younger people.

“You can get a host of symptoms. Your face can be affected, your concentration, you could fall down, you can lose movement on a part of the body – it all depends on where in the brain is affected.

“It’s amazing Chico was able to drive after having a stroke, many people will be too unwell to get up. They then lose consciousness and need to be taken to hospital.

“You shouldn’t drive immediately after a stroke but I don’t suppose Chico knew what was happening at the time.”

Yet despite doctors’ orders, Chico has insisted he will attend his Rainbow Child charity night this Saturday in Manchester, which will also raise money for the James Bulger Memorial Trust and Balls to Cancer.

Chico says the lyrics from his No1 single are now more relevant than ever. He added: “It happened for a reason and I’m grateful because it’s given me a new lease of life.

“I have to laugh about it now because hey, you can get delirious if you take life too serious. But it wasn’t Chico Time and that’s why I’m still here.”

Hero police officer, 49, SACKED after having sex while on duty

Lindsay Lohan Makes Her Musical Comeback With ‘Back To Me,’ Her First Official Single In 12 Years – Listen