During Saturday morning’s BBC Breakfast, hosts Rachel Burden and Jon Kay interviewed Shadow Councillor Annaliese Dodds about the latest reports on Universal Credit. The discussion turned heated when Burden accused the MP of being “disingenuous” when they spoke about how families will be affected by the Chancellor’s most recent budget reports.

“I know you have also been doing some calculations on how families will be affected by the Chancellor’s most recent budget,” Rachel began.

“Can you just talk us through those, but specifically how many families you think might be affected by what you perceive to be extra financial burdens?”

The MP replied: “We’re seeing in fact the majority of households across the UK being impacted by the Chancellor’s increase in council tax so many people watching this will be aware of the bills that are already through and that council tax is going up by either four or five per cent right up and down the country.

“That’s a very big increase actually compared to what people will have seen in previous years.” 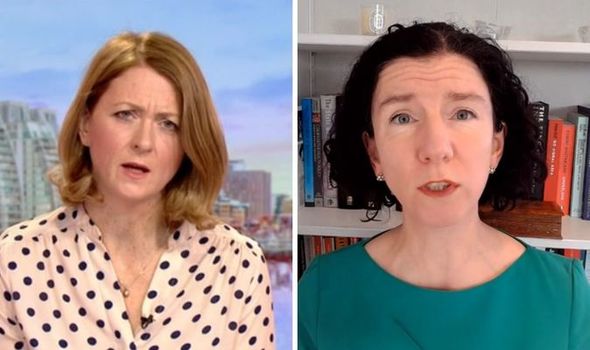 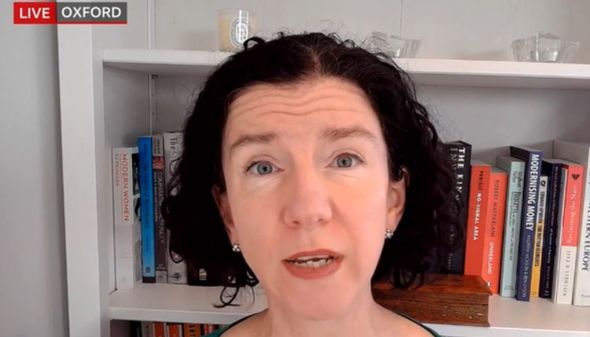 “That’s the central government’s decision, deciding to increase council tax whereas they had previously said that they would back local authorities and they decided not to do that,” she continued.

“That council tax increase will be affecting us, I said the majority of the households up and down the country and then you’ve got layered on top of that, the other hits to household finances that the conservatives are pushing through at this stage.

“So, you’ve got for a large number of families and actually the majority of them being working families in many cases, a reduction in Universal Credit that they will be receiving.

“If we look at for example low paid health assistants, that would impact on them. That reduction is coming through in autumn.” 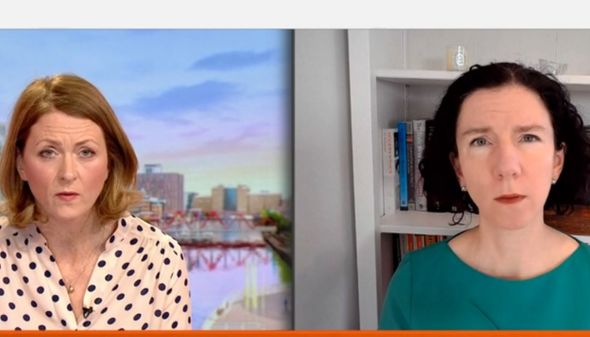 The MP added: “We then have, of course, the real-terms pay cuts that will be applied to nurses.

“I have spoken to a number of them and other healthcare workers just over the last few days actually. I visited a university hospital and they’re really concerned about the impact of that real-term pay cut.

“They do the job out of love but they can’t survive on thin air as one of them said to me.”

Cutting in, Burden said: “There’s a lot to pick up on there and you’re being a little bit disingenuous aren’t you with the reference to the Universal Credit reduction because that was a £20 uplift that the government introduced and has now said they will extend until October.”

Before the BBC Breakfast host could finish making her point, the MP cut in to defend herself, as she said: “If I may, I am not being disingenuous actually, as you said that extension is only until October and we know that will be a time when unemployment is likely to be spiking.

“That’s the time when all of the economic experts have suggested that we will see that very significant increase in unemployment.

“And, actually to be reducing back down again that social security at a time when more and more people will be reliant on it won’t be able to increase their hours or to get new work is going to be placing large numbers of households in financial difficulty.

“I think it’s very important, this is disgusting and actually and the government should change its approach.”

Burden then moved the interview to talk about council tax rises and whether the government will be giving individual councils an allowance so that they could increase council tax.

Shaking her head, Dodds went on to point out that what the host was saying was incorrect as she explained: “No, I’m afraid it’s not an allowance actually, in the spending review that the Chancellor set out, it was made very clear, albeit in the small print, which wasn’t presented to the press and the public.

“It was made clear in that small print that the government expects local authorities to be raising council tax by five per cent.

BBC Breakfast airs daily at 6am on BBC One.