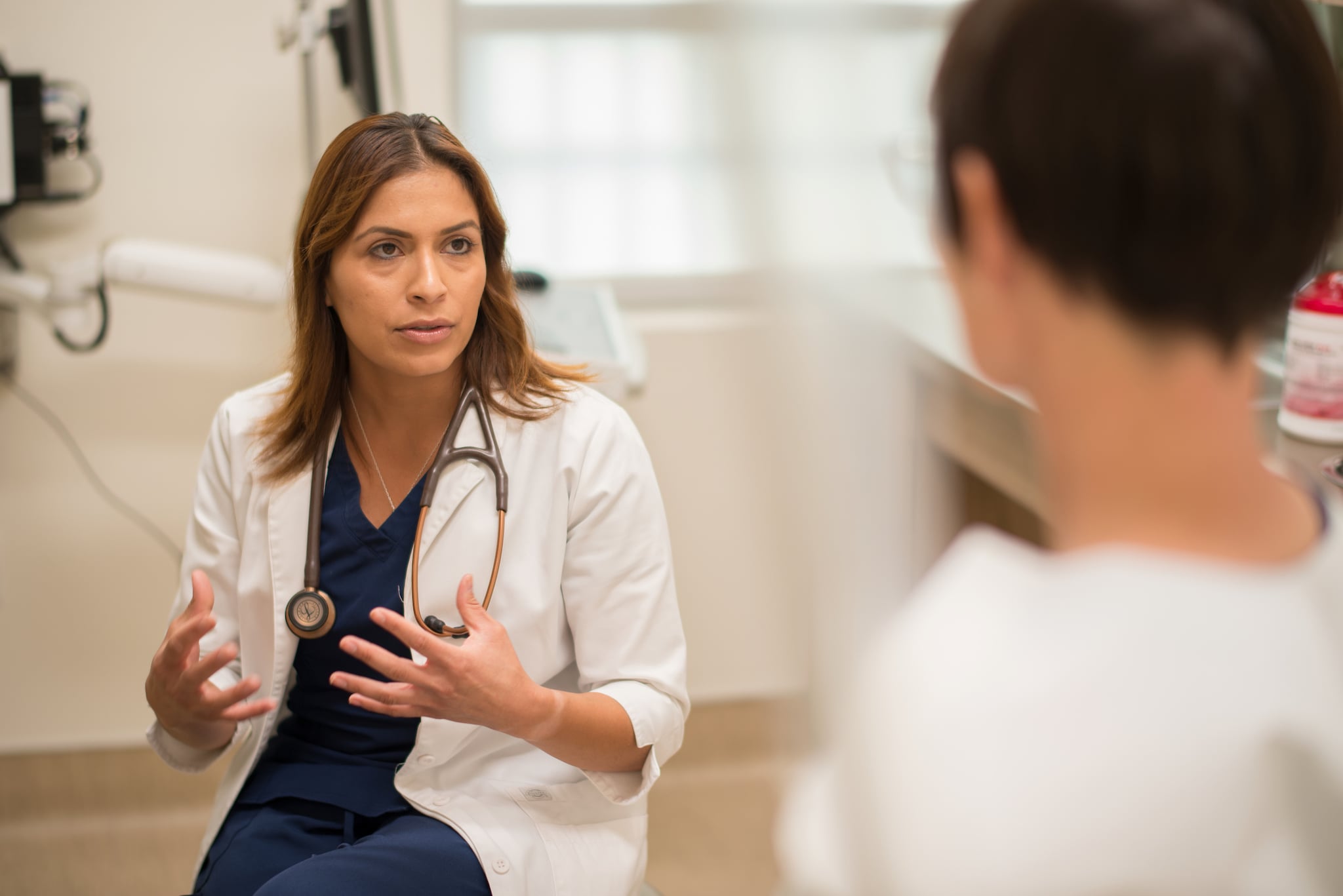 If there is a proverbial elephant in the room when it comes to reproductive rights, the top contender might be abortion stigma. So, what exactly is abortion stigma? It’s the negative perception of an individual who has an abortion or works in abortion care. Patients and providers of abortion care are often the most deeply affected by stigma, but it can also extend to nonclinical staff members, volunteers, friends, and relatives of those who work in abortion care.

Abortion stigma can be incredibly harmful and can prevent us from having real conversations about an everyday part of reproductive health care that one in four women in the US will experience before the age of 45. Ending the stigma around abortion is long overdue, so let’s talk about what we can all do to change the conversation.

Here are some ways we can start busting abortion stigma:

Let’s be clear: abortion is not a bad word, but by treating it like one, we reinforce the stigma surrounding it. One very simple way to start destigmatizing abortion in your life is super simple: say the word abortion when it comes up. It’s all too common to hear people tap-dance around abortion and opt for euphemisms instead — saying things like “right to choose,” “the procedure,” “taking care of it.” So, if you’re talking about abortion, just say the word. It will be OK, we promise.

There are a ton of urban legends about abortion that make their way around the internet, family circles, and social circles despite overwhelming evidence to the contrary. Let’s debunk a couple of them right now.

Fact: Abortion is very safe.
The vast majority of evidence shows that first-trimester abortion (which is when 89 percent of abortions occur) is safe over the long-term and carries little or no risk of infertility, cancer, or psychological illness. In fact, abortion is one of the safest medical procedures performed in the United States. Data, including from the CDC, shows that abortion has over a 99 percent safety record. Studies show that major complications occur less than one percent of the time.

One reason people may not know abortion is safe is because of pop culture. A 2014 study from University of California, San Francisco found that nearly 38 percent of characters from 80 different abortion-related TV and film plotlines experienced complications, interventions, and/or negative health consequences from an abortion, and 22.5 percent of characters faced a long-term adverse health consequence such as mental illness, infertility, or death.

According to a 2014 study from the University of California, the rate of major health complications from first-trimester abortion was 0.23 percent. Statistically, this makes having an abortion safer than getting your wisdom teeth removed.

Fact: Abortion is common.
Abortion is common. In fact, one in four women will have an abortion in her lifetime. There are about a million abortions performed in the US each year, 89 percent of which take place in the first 12 weeks of pregnancy, making abortion a far more mainstream part of reproductive health care than we might be led to believe.

Fact: There is no one person who has an abortion.
The vast majority of people having an abortion are in their 20s — just four percent of abortion patients in 2014 were under the age of 18. Fifty-nine percent of abortion patients are already parents. In a study of women’s reasons for seeking abortion, researchers reported: “Women in the sample had abortions because of the material responsibilities of motherhood, such as the care for their existing children, as well as the more abstract expectations of parenting, such as the desire to provide children with a good home. The women believed that children were entitled to a stable and loving family, financial security, and a high level of care and attention.”

Some may try to draw a line between “good” abortions and “bad” abortions — more specifically, abortion that happens for more socially acceptable reasons versus ones that may be deemed “unacceptable.”

Sometimes people try to justify the legality and availability of abortion later in pregnancy by talking about ending a pregnancy for medical reasons, like when the pregnancy is threatening the life of the mother or there are fetal anomalies. These stories are certainly compelling, and while they do represent some experiences, the truth is that people decide to have an abortion for many different reasons, all of which should be respected and valued. Abortion later in pregnancy is also very safe.

Fortunately, there is a very easy way around this issue — educate yourself about the real facts around abortion through resources like Guttmacher Institute, which tracks national trends in reproductive health care. The decision to have an abortion is highly personal, shaped by an individual’s unique circumstances, and like every other healthcare decision, should be made for one’s self.

At its heart, stigma is a cycle.

Because of the massive amount of misinformation and highly charged politicizing of abortion care, people who have an abortion may feel like they have to keep their experience private. This misinformation perpetuates false narratives about abortion, which in turn leads to more stigma. We can stop the cycle by having conversations about abortion and listening to and supporting people who decide to have an abortion.

If you’ve had an abortion and want to talk to someone about it, Exhale provides unbiased phone-based support from trained volunteers. Or if you have a story to tell, you can share your story with Planned Parenthood here.

Planned Parenthood is proud to provide expert, high-quality health care to our patients, including safe and legal abortion, in a safe and compassionate environment. We ensure patients receive accurate information about all of their options so they can make their own, fully informed decisions about their health, their family, and their future.

Trump and Melania leave the White House for the final time

Madonna’s daughter Lourdes Leon, 24, says she gets ‘no handouts’ from wealthy mum