Sydney could be locked down and isolated from the rest of Australia well after it vaccinates 70 per cent of its population, hardline academics warn.

University of NSW School of Population Health researcher Nic Rebuli said NSW should not even consider lifting restrictions until there were less than 100 cases.

Premier Gladys Berejiklian has vowed to begin easing, but not ending, lockdown once 50 per cent of the state is vaccinated by August 28.

She expects to end the lockdown after the state reaches 70 per cent vaccination rates in October, and before it gets to 80 per cent by mid-November.

But the outbreak is showing no signs of slowing down as the state recorded its worst day with 466 new cases on Saturday and 415 on Sunday. 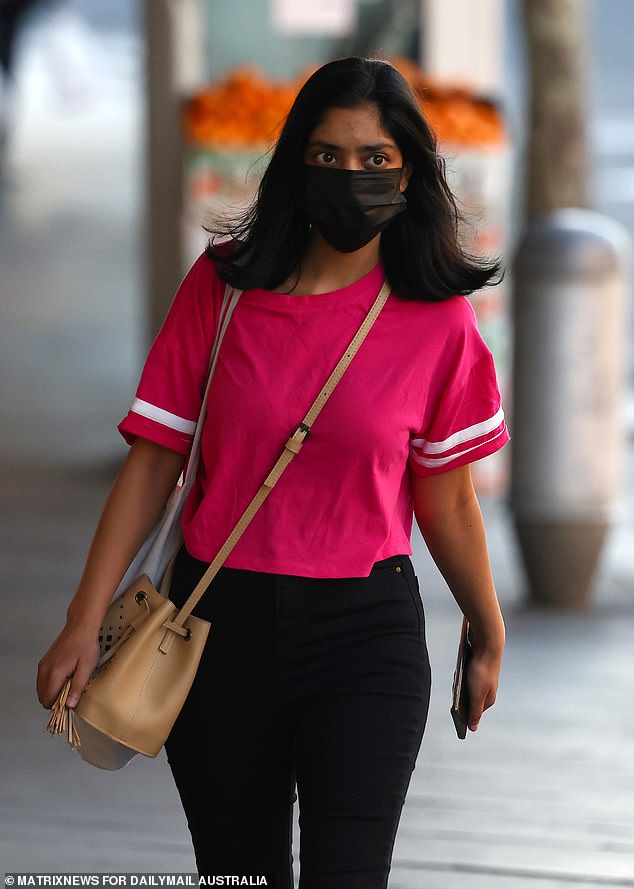 A Covid-zero approach is the only way to end lockdown in Greater Sydney and reopen the rest of the country, a top expert has warned 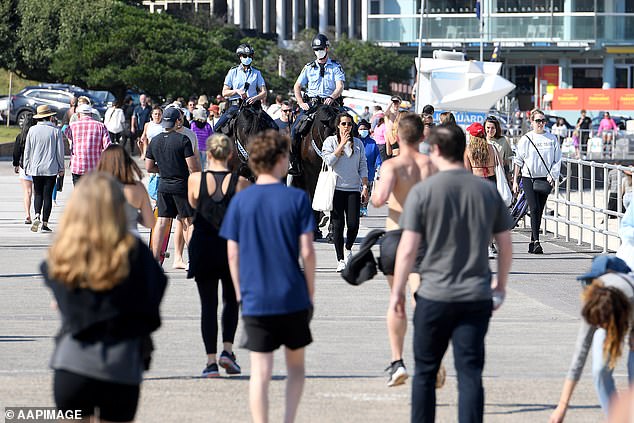 Professor Rebuli claimed even if NSW achieved a 70 per cent vaccination rate, border closures and lockdowns should remain in place until case numbers were drastically reduced.

His advice was despite warnings that a Covid-zero approach could mean Sydney will remain in lockdown until November or December.

‘NSW’s hope is if they can get vaccines to more at-risk areas such as essential workers, they can bring transmission down while also increasing vaccination rates,’ he told The Age.

Ms Berejiklian previously said she is less focused on a Covid-zero policy and more determined to meet the 70 per cent vaccination target.

Her strategy differs from other states – particularly Victoria and Western Australia – that have maintained a Covid-zero stance.

Victorian Health Minister Martin Foley said it was the only way to end lockdown after his state reported 21 new cases on Saturday and 25 cases on Sunday.

‘I would encourage NSW to take all the measures it needs to, to drive those numbers down… we can’t have that level of confidence until all of us have achieved the preconditions that the Doherty modelling is predicated on.’ 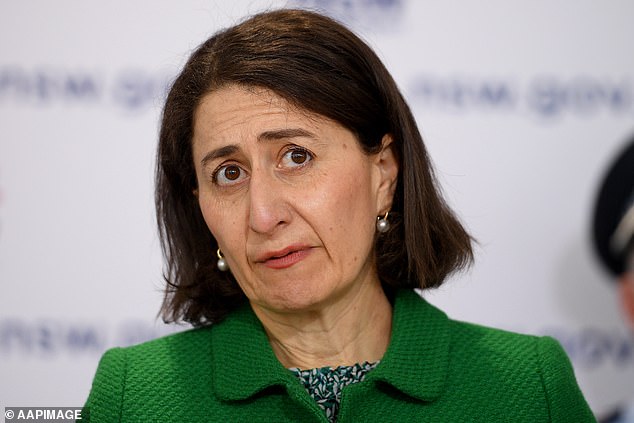 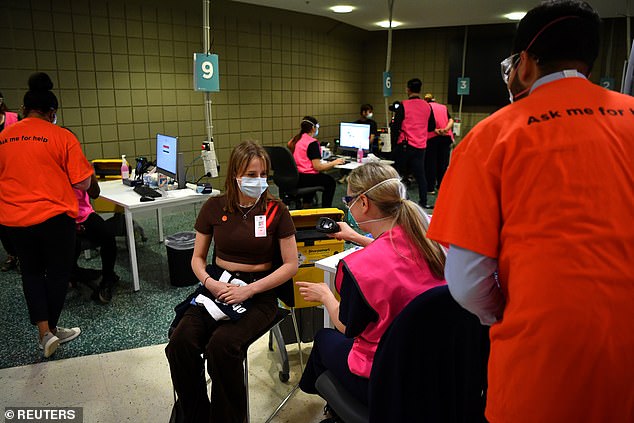 Professor Rebuli claimed that even if NSW achieved a 70 per cent vaccination rate, border closures and lockdowns should remain in place until case numbers were drastically reduced

Modelling used to come up with the Doherty Institute’s report that is the basis for the no lockdowns at 70 per cent plan predicts almost 400,000 cases in six months if there were many active cases when restrictions ended.

There would be 1,457 deaths in that time, compared to just 13 if there were zero or low cases when lockdowns were abolished.

Melbourne University epidemiologist Professor Tony Blakely warned that even with a Covid-zero policy NSW was likely to remain in lockdown until as late as December.

‘From there, there is a question over whether they might just choose to live with it,’ he said.

‘When vaccination coverage is higher it is easier, we believe, to achieve elimination then, as it tips the balance your way.’

Melbourne University’s School of Population and Global Health head Professor Nancy Baxter admitted NSW may never get to zero cases, but it hard to do everything to try.

‘Can NSW get to zero cases? I don’t know. It will take longer than two months. They have to impose all the things they’ve resisted until now because it maybe won’t make a difference – they need to impose them now, try them,’ she said.

The Doherty Institute has created modelling depicting expected transmission rates among vaccinated residents in a restriction-free country compared to a locked down country.

The rates have been compared between 70 per cent and 80 per cent vaccination thresholds.

Case numbers starting with low or no cases:

Twitter thread on deleting yourself from 99.9% of the web goes viral

Fortnite creator on a crusade against Apple and Google