Home » World News » A Kentucky man is facing $569,000 in fines after being accused of violating Canada’s COVID-19 rules 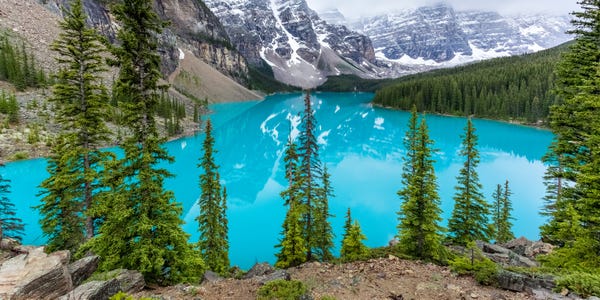 A man from Kentucky is facing a $569,000 fine ($750,000 Canadian) after the Royal Canadian Mounted Police said he violated COVID-19 travel rules in the country.

John Pennington, 40, of Walton, Kentucky, was arrested and charged in connection to a June trip he took to Banff in Alberta, Royal Canadian Mounted Police Cpl. Tammy Keibel told NPR.

Pennington, who entered Canada from Alaska, was first fined $910 ($1,200 Canadian) on June 25, when staff at the Rimrock Hotel in Banff called police, voicing concerns that he may have been breaching quarantine.

Americans are currently banned from traveling through Canada because of the coronavirus pandemic.

Americans can drive through a direct route if they're going to and from Alaska, but aren't allowed to stop at tourist locations or national parks along the way. If they plan to stay at a hotel, they must undergo a quarantine.

Upon fining Pennington, staff and police ordered him to stay in his hotel room until he continued his journey from Alaska to the lower 48 states the next day, Keibel told NPR.

Officials found him at Sulphur Mountain after someone reported a car with an Ohio license plate in the area, which ended up being Pennington's vehicle.

"Investigators determined Mr. Pennington had not left town as required on the morning of June 26 but had chosen to visit a popular tourist site," Buxton-Carr told CBC News. "There are amenities available for essential needs, food and lodging, at the hotel. There was no legitimate reason to go up to Sulphur Mountain."

Pennington was arrested and charged with breaching the federal Quarantine Act in Canada. He's scheduled to appear in court in November.

'Grey's Anatomy': This 1 Major Character Wouldn't Be on the Show If It Wasn't for George O' Malley

'Celebrity Big Brother': How Much Do the Celebrities Get Paid to Do the Show?