Refugees struggle to cope as conditions worsen in Lebanon’s Arsal, an isolated border town once a stronghold of ISIL.

Arsal, Lebanon – A tyre weighs down the roof of Ahmed Bareesh’s tent as a new winter storm hit the Lebanese border town of Arsal in the Bekaa Valley, home to at least 65,000 Syrian refugees.

The plywood-and-tarpaulin structure is one of the 110 makeshift homes that are covered by a blanket of snow in the largely abandoned northeastern town that overlooks Syria’s Qalamoun region.

Bareesh fled Syria in 2013, when fighting between armed rebel groups and government forces intensified in his hometown of Homs. He and his wife Rabaa lost their home to a government air raid.

“We left with nothing but the clothes on our back,” the 30-year-old, who suffers from an undiagnosed medical condition, told Al Jazeera. The father of two is unable to walk without help. He uses a crutch for support. 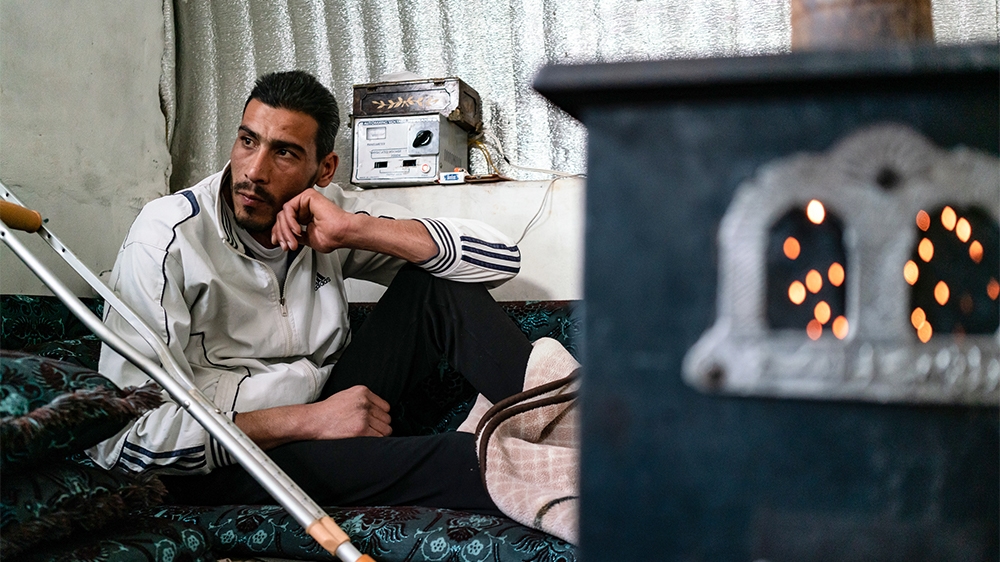 Bareesh says he has not been able to seek adequate medical attention. Arsal is a small, isolated border town that not long ago was a stronghold of the Islamic State of Iraq and the Levant (ISIL, also known as ISIS) group.

The family relied on the United Nations High Commissioner for Refugees (UNHCR) rations to make ends meet, but they recently learned they had been cut off from the service, including disabled Bareesh.

The tall, frail man registered for aid a year earlier in Zahle, a city in the Bekaa Valley.

“When we first arrived in 2014, I couldn’t register myself because men were not allowed to leave Arsal,” he said. “The town was under perpetual siege when ISIL dominated the area.”

Instead of moving to a less remote region – such as the Bekaa Valley – the family remained in Arsal because their landlord permitted them to stay “for free”.

But as yet another winter storm batters the camps in the region, aid cuts and living in isolation have made it especially difficult for Bareesh to support his family as they battle freezing temperatures.

Thousands of other refugees in Arsal have the same problem. Military checkpoints surrounding the town have made it extremely difficult for NGOs to visit and for aid to be delivered.

Fighting in recent years and subsequent isolation has also hurt the 40,000 locals who rely on agriculture. Businesses have closed, crops have been lost as farmers could no longer access their land on the outskirts of town. 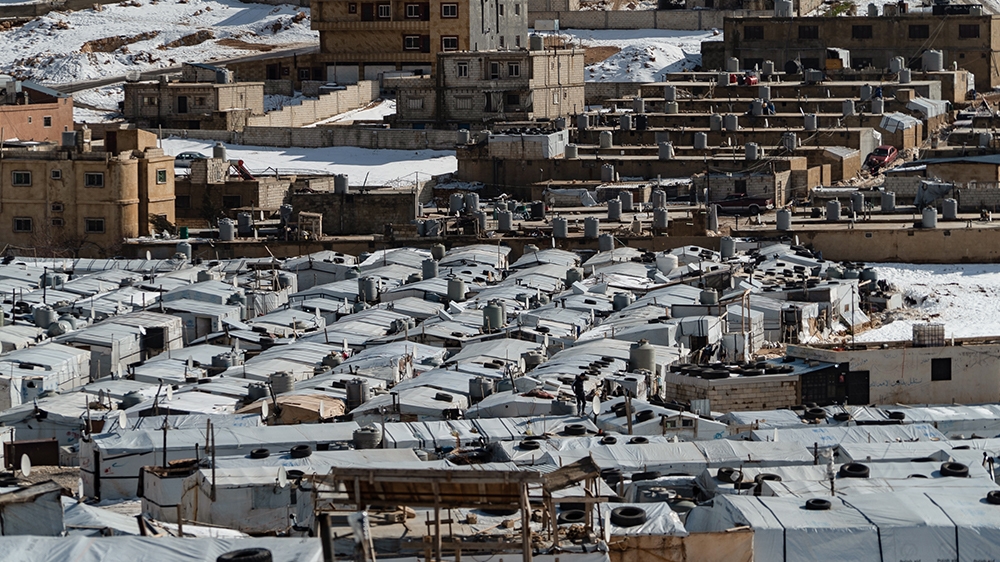 Arsal has been isolated by the Lebanese armed forces since 2014, when ISIL and other armed groups briefly overran the town. It marked a new phase in Arsal’s history as the Syrian war spilled over into Lebanon.

For the next few years, ISIL fighters and other armed groups, including Haayet Tahrir al-Sham, used the town and its nearby mountainous border area to set up bases and to attack and kidnap members of the Lebanese army.

Lebanese politicians said ISIL controlled an area of about 300sq km between the two countries, around half of which was on the Lebanese side.

By August 2017, Arsal was declared ISIL-free by both the Lebanese army and the Iranian-backed Hezbollah – a Lebanese armed group and political party that has been fighting on behalf of Syrian President Bashar al-Assad in Syria.

For the three years that Arsal was contested, ongoing fighting, several suicide bombings and widespread arrests gradually worsened the socioeconomic situation for both Syrian refugees and Arsal’s local population.

For them, the presence of armed groups in the Sunni area surrounded by predominantly Shia towns has only stigmatised Arsal.

In the eyes of the Lebanese people, as well as the state, the town was a “hotbed for terrorism”, Arsal Deputy Mayor Rima Krimby told Al Jazeera.

“These military checkpoints must go,” the 46-year-old politician told Al Jazeera. “This is the first step in Arsal’s road to recovery … it should no longer be considered dangerous,” she said. 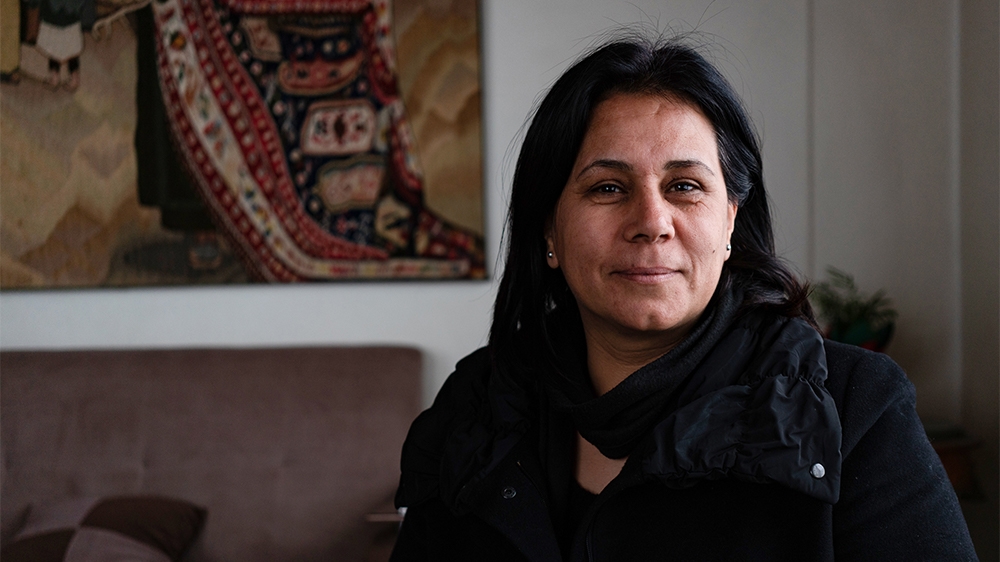 Ministries have not invested in the remote area, considered to be “the last point in Lebanon”, Krimby said.

“Armed groups came and left and we’re still neglected, just like before,” she said.

Krimby has been working with various ministries in an attempt to revive the economy, which once relied on the production of a local stone extracted from Arsal’s mountainous terrain.

She has also been endorsing the “safe return” of refugees to the Qalamoun region. Lebanese leaders have urged one million Syrian refugees to return to their country.

“I visited multiple towns on the other side of the border … I accompanied several thousands who chose to return home,” she said.

Krimby said border towns have become “safe enough” for refugees to return to and has urged the UNHCR to extend its operations to the Qalamoun.

“It’s much better for a Syrian family to have their tent there while they reconstruct than to remain here,” she said. 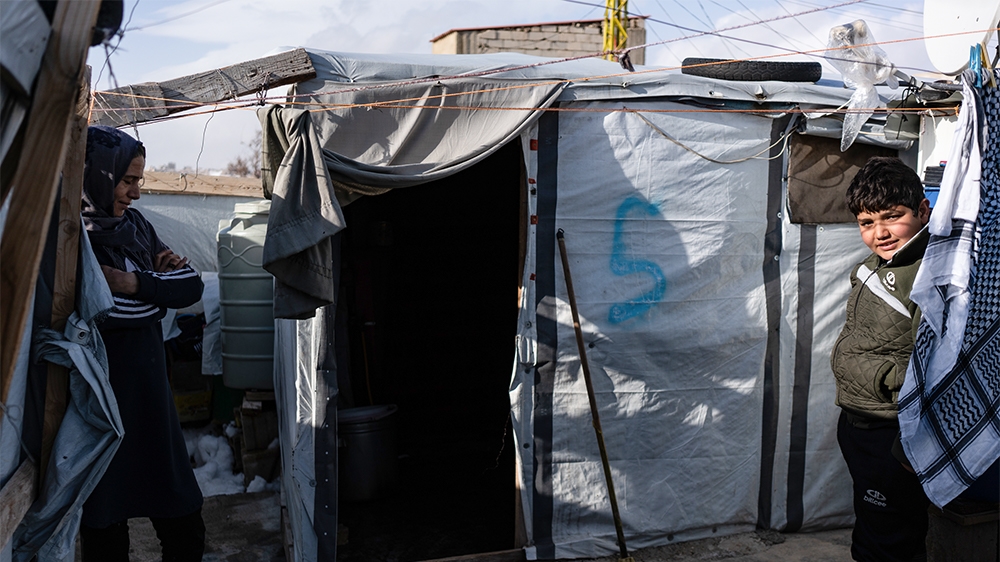 But many Syrians refuse to return.

Several metres away from the Bareesh’s tarpaulin home, a widow and her five children sit in a freezing-cold tent without access to heat.

A thin rug that separates the ice-covered gravel from a flattened and worn mattress is never completely dry.

“The floor will remain damp until winter ends,” Khadija al-Qassem said, pointing towards the mattress where they sleep.

Life in Lebanon for al-Qassem has been one of continuous fear and anxiety.

The mother of five lost her husband to an air attack in al-Qusayr, a city in Homs, in 2016.

Anxious about raising her children alone, al-Qassem does not think she will be able to return to Syria anytime soon. 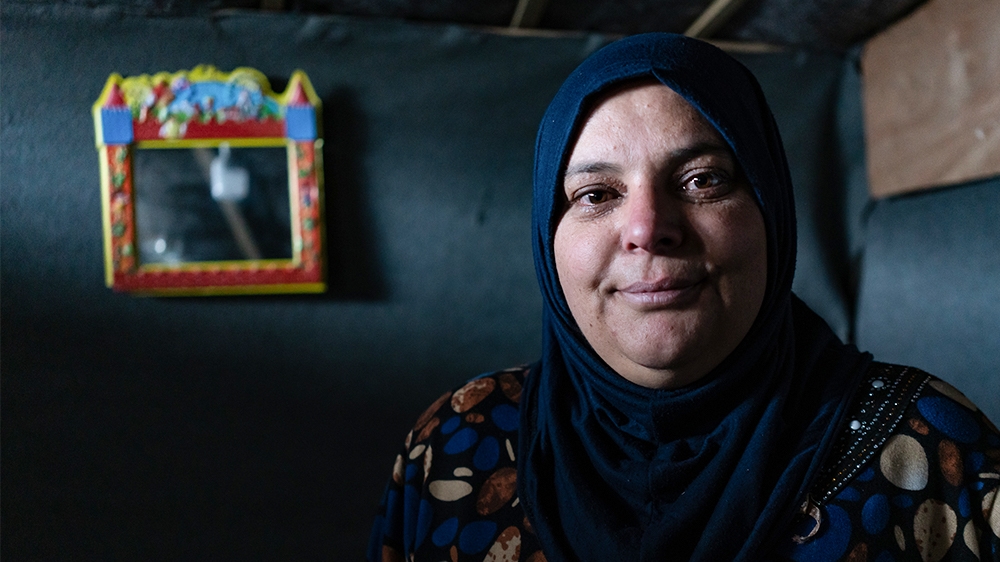 “It’s simply unsafe,” she said, tearful. “And it’s also unsafe here. If these tents flood, how will I carry five children to safety on my own,” she asked.

Like thousands of other refugees sheltering in Lebanon’s northeast, families here have been struggling to deal with the aftermath of two consecutive storms in the space of fewer than two weeks.

The first one, Storm Norma, affected more than 22,000 Syrian refugees living in 574 settlement structures across Lebanon, according to the UN figures.

“When I sleep, I dream that the storm will take my kids away … that the water will drag them away,” al-Qassem said.

‘We have absolutely nothing’

The sub-zero temperatures have led many in the Arsal camps to beg for help to stay warm.

Mohammed al-Nasser says he only turns on the heat for two hours every night as fuel oil is extremely limited and costly.

“We want to save the little fuel we have so that we don’t quickly run out,” the 39-year-old said. “How else can I keep my children warm?”

The father of six says the camp has yet to receive fuel oil from the UNHCR. 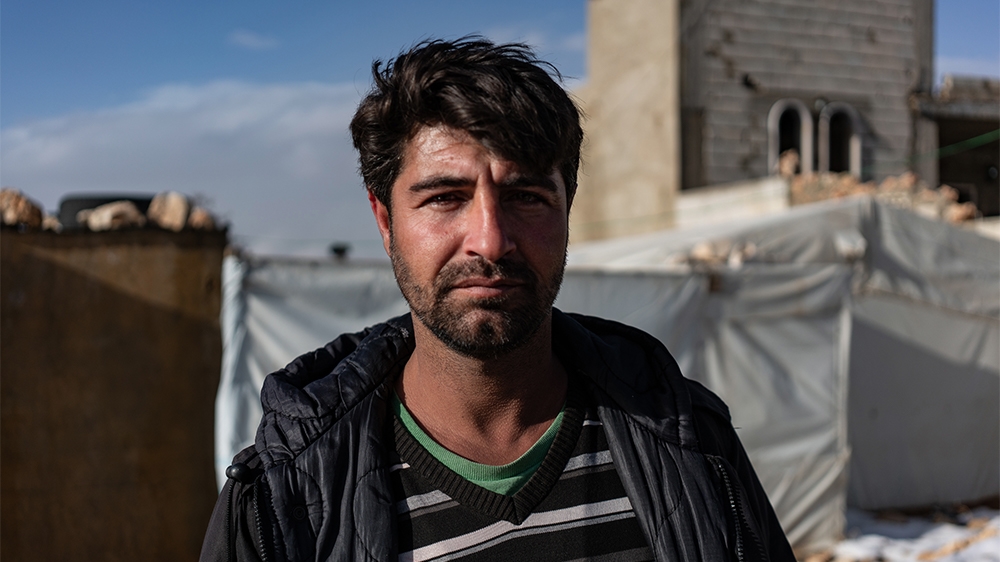 Some aid has been distributed as part of an emergency response plan to the storm, Hiba Fares, a spokesperson for the UNHCR in the Bekaa region, told Al Jazeera.

“We handed out winter cash assistance in November to some 165,000 families across the Bekaa Valley – these include fuel oil for the winter months,” Fares said.

Those not eligible say they have not received these kits at all. Others say the fuel in the kits was simply not enough to make it through two consecutive winter storms.

Those who were provided with fuel after the storm received additional quantities based on certain criteria and on “the need”, Fares said.

Meanwhile, others in nearby camps have had to move in with families in neighbouring tents.

Fatima Mahmoud said she woke up when her tent’s wooden frame came crashing down on her and her four-month-old baby.

“We were sleeping and suddenly woke up to find ice water on top of us,” the 27-year-old said.

“At least we had a shelter. Now we have absolutely nothing.” 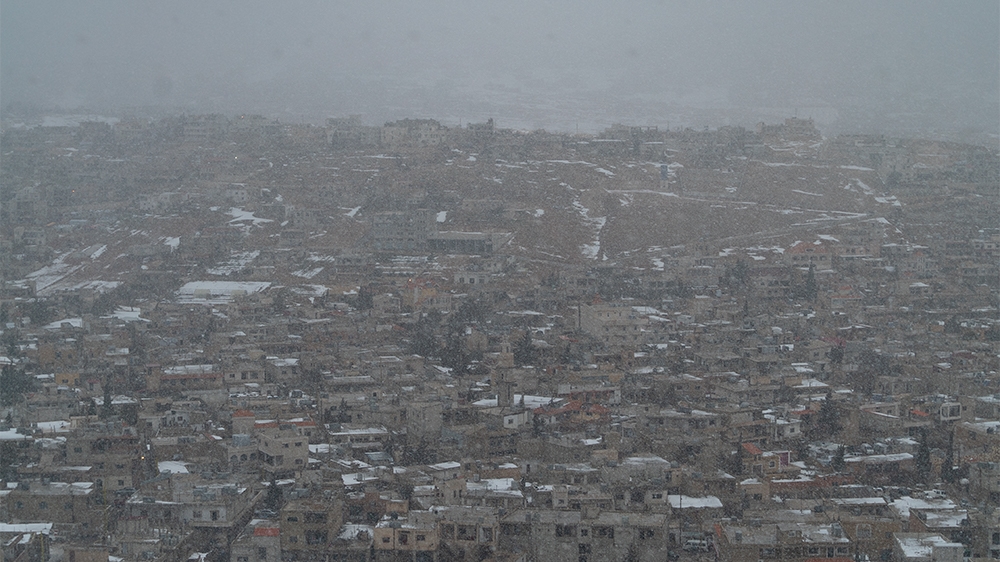