Doh-berman! Curious three-month-old puppy Cassius is rushed to vets after swallowing the top of a watering can… and being unable to release his jaws 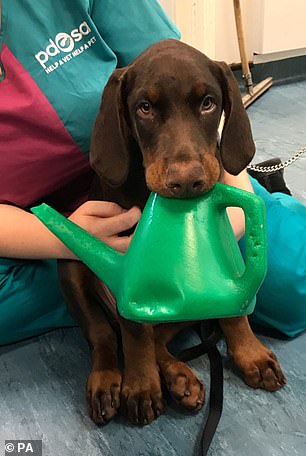 A green-pawed Doberman puppy who wanted to help his owner water her plants ended up at the vets after he got his mouth stuck inside the watering can.

Three-month-old Cassius watched intently as his owner Chloe Watton tended to her house plants at home near Hampstead Heath in north London.

A few moments after she set the watering can down she started to hear whimpering and saw the dog had got its mouth wedged inside the plastic container.

He was left so distressed he had to be sedated by vets before it could be removed.

Ms Watton said: ‘I tried to remove it but couldn’t. Luckily, my daughter Mercedez was home from university so we jumped in the car and took him straight to PDSA.’

He was treated at the PDSA Pet Hospital in Hendon, where staff saw he was getting distressed, in pain and producing lots of saliva.

Head nurse Tracy Lutwyche said: ‘The can was really stuck so we weren’t able to release it while he was so anxious.

‘Once we were able to cut the can, we removed it relatively easily and Cassius was ready to go home again after a few hours.

‘He was a little sore and swollen, so we gave him some painkillers to help him with his recovery.’

Ms Watton was grateful to the PDSA and said she will now keep a closer eye on her pet so he does not get his head stuck in anything else. 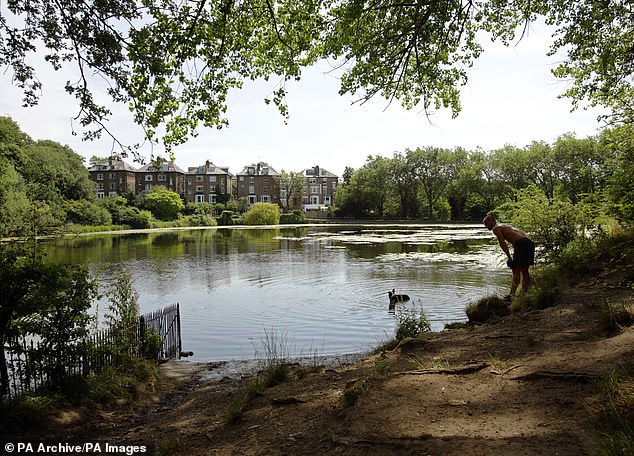 What's the Deal With Ouija Boards? We Talked to 3 Experts to Find Out