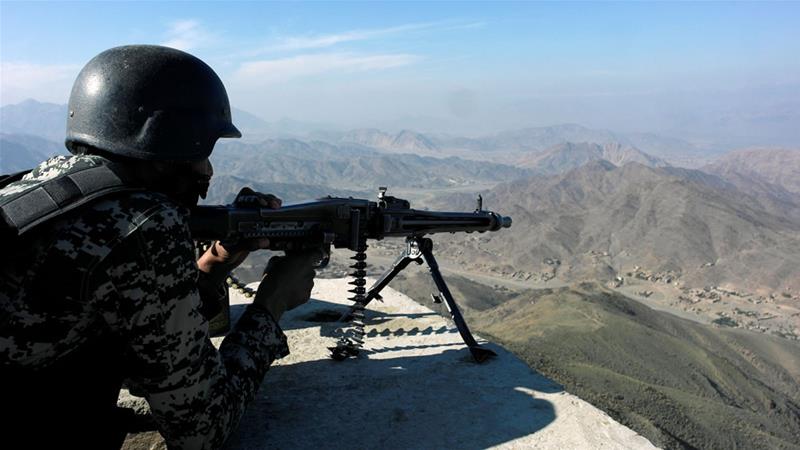 Afghanistan has condemned an alleged rocket firing by the Pakistani army on its soil resulting in civilian casualties and damage to their houses.

In a statement released late on Wednesday, the Foreign Ministry said the rockets were fired on eastern Kunar province, along a disputed border that Pakistan is fencing since mid-2017.

A police spokesman in the province said at least four civilians were killed and nine others, including women and children, were wounded in the rocket firings on Wednesday. Two houses were also damaged.

Kabul called on Islamabad to refrain from “unacceptable” artillery attacks and arbitrary installations, as it can cause further escalations between the two countries.

A lawmaker from Kunar, Wazhma Safi, said if Pakistan continued to fire over the border, the issue would be discussed at the diplomatic level. She said she believes Taliban rebels, backed by Pakistan, were behind the attack on Afghan soil.

Afghan forces stationed there responded to the attacks, Abdul Ghani Musamem, a spokesman for the governor of Kunar province.

In Pakistan, police accused Afghan forces of initiating an exchange of fire a day earlier. Mamoond district police chief Shahzada Kaukab said a rocket fired from Afghan forces struck a home in the district on Tuesday, wounding a woman and damaging her home.

Mamoond district was once a haven for local rebel and Taliban fighters. Pakistan says the army has cleared the area in recent years, although violence persists. Rebels who were not killed have mostly fled across the rugged mountains into neighbouring Afghanistan.

The development comes as a fresh round of peace negotiations between the Afghan government and the Taliban are expected this month in the Qatari capital Doha. The so-called intra-Afghan talks were delayed due to postponement of a prisoner exchange between the sides agreed as part of a deal between the United States and the Taliban.

Under the February 29 signing of the US-Taliban peace agreement, the Afghan government is to release 5,000 Taliban prisoners and the Taliban are to release 1,000 Afghan national defence and security personnel.

So far, the government has freed 4,015 men and the Taliban has freed 669, according to the Afghan government.

The Pakistani and Afghan governments often accuse each other of initiating fire in the border region, where rebel groups are often interlinked on both sides of the border.

Pakistan and Afghanistan are divided by the Durand Line, a 2,400km (1,500-mile) frontier with villages straddling the border and mosques and houses having one door in Pakistan and another in Afghanistan.

Afghanistan and Pakistan are in dispute over whether the border is officially recognised. In addition, Kabul accuses Islamabad of supporting the Taliban forces fighting against the US-backed Afghan government, a claim Pakistan denies.

In 2017, Pakistan said it had started building a fence along the border as part of efforts aimed at curbing fighting. But the move sparked condemnation in Kabul.

Meanwhile, several rockets landed near a ceremony in the Afghan city of Ghazni on Thursday, where President Ashraf Ghani was delivering a speech, local media outlet Tolo News reported.

Two rockets landed as close as 200 metres from the area where the ceremony was going on, wounding at least three people, with one in critical condition, provincial councillor Khaliqdad Akbari said.

Helicopters were seen hovering over the city following the attack. All roads leading to the city were closed to traffic a day earlier.

PEOPLE Now: Ariana Grande Gets Emotional While Performing Her Break-Up Song on 'Ellen'

The truth about Alex Trebek’s relationship with Ken Jennings

‘Vote with your feet’ if venues not COVID-safe, Sutton says

Thanks to Lyft, Getting to the Polls on Election Day Just Got a Little Easier