Airbus is being hit by ‘the gravest crisis the aerospace industry has ever known’, its chief executive warned as the company revealed it lost £419 million in the first three months of the year.

The European manufacturing giant put thousands of workers on furlough and sought billions in loans to survive the coronavirus crisis – which has seen large parts of the continent’s economy locked down to halt the spread.

Revenues were down 15% compared with the same period in 2019, while commercial aircraft deliveries were down from 162 to 122.

Even after virus-related travel restrictions eventually ease, Chief Executive Guillaume Faury acknowledged it will take a long time to persuade wary customers to get back on planes.

Demand for flights has collapsed due to fears over the killer virus, with airlines grounding the majority of their fleets and deferring the delivery of new planes.

Mr Faury said: ‘We saw a solid start to the year both commercially and industrially but we are quickly seeing the impact of the Covid-19 pandemic coming through in the numbers. 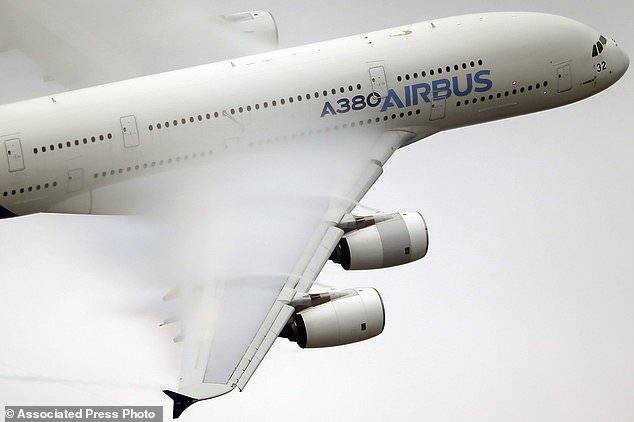 Airbus is being hit by ‘the gravest crisis the aerospace industry has ever known’, its chief executive warned (file photo)

‘We are now in the midst of the gravest crisis the aerospace industry has ever known.

‘We’re implementing a number of measures to ensure the future of Airbus.

‘We need to work as an industry to restore passenger confidence in air travel as we learn to co-exist with this pandemic.

‘We’re focused on the resilience of our company to ensure business continuity.’

Airbus previously announced a plan to cut aircraft production rates by around a third.

Earlier this week it confirmed that more than 3,000 staff working at its site in Broughton, North Wales, will be furloughed.

EasyJet has agreed with Airbus to defer the delivery of 24 new aircraft.

On Tuesday, British Airways-owner IAG revealed plans to make up to 12,000 workers at the airline redundant, equivalent to more than a quarter of staff.

The firm said expects it will be ‘several years’ until demand for air travel returns to 2019 levels.

Shares in Airbus and Boeing have dropped some 60% this year as customer airlines collapse or seek billions of dollars in government bailouts.

Airbus was unable to deliver 60 planned planes in the quarter because of virus-related problems, and said the second quarter looks similarly rough.

Customers are asking for delays, which Mr Faury called ‘the biggest issue we are managing at the moment.’ 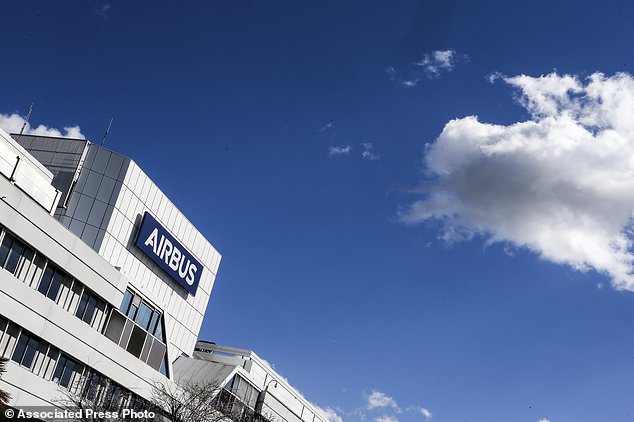 Airbus executives expressed hope today that deliveries could start picking up in the second half of the year, but they refused to issue long-term guidance given that the virus is still spreading, and that governments are reluctant to relax international travel restrictions.

U.S. rival Boeing is facing similar woes. Boeing´s CEO said Monday that it will take years for the aircraft-building business to return to levels seen before the coronavirus pandemic.

Airbus has slashed production by a third since the virus hit, and Mr Faury said Airbus will study ‘resizing’ the company after the crisis ebbs – a worrying prospect on a continent where Airbus has factories in four countries and is one of the region’s industrial leaders.

Already 3,000 Airbus workers in France are on temporary unemployment and the number is expected to grow. In addition, 3,200 workers in the U.K. are on furlough and negotiations are under way to put thousands of German workers on short work plans.

A recent letter by Mr Faury warning workers that the company is ‘bleeding cash’ was a shock to many. But Frederic Romain of French union CFTC said ‘the situation requires transparency. It allows workers to open their eyes’ to what´s ahead.

‘Fears? We have a lot of them. For the moment we don´t have a clear vision of what awaits us,’ Mr Romain said.

Beto ORourke announces run for governor of Texas: It is time for change