ANYONE over the age of 50 has been advised to book their coronavirus vaccine online.

The speedy jab rollout has nearly finished whizzing through those aged 56 and above, leaving those in their early 50s. 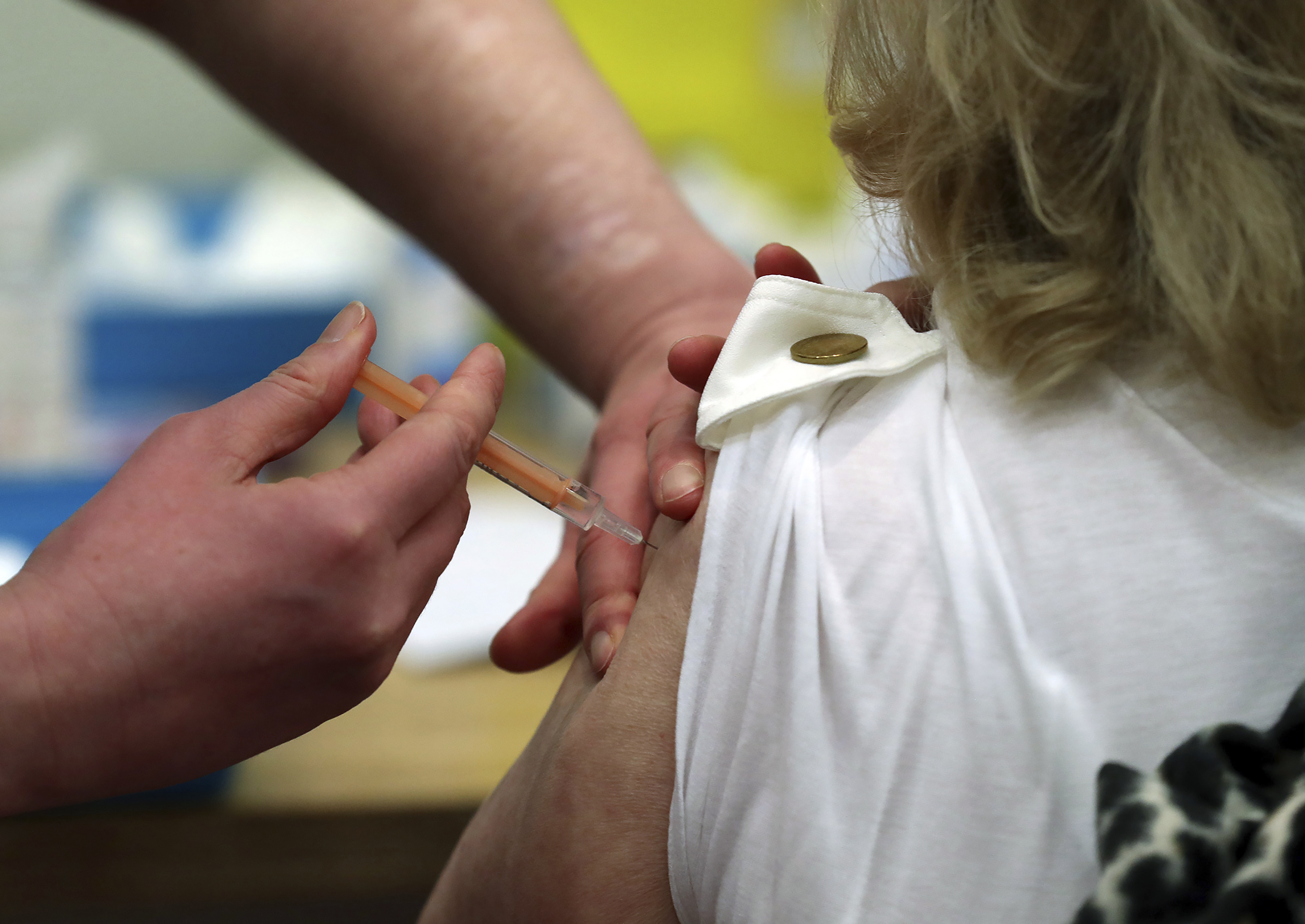 The NHS website has updated, telling everyone aged 50 and over to book their coronavirus vaccine.

You can book your vaccine online on the NHS website here.

It means the mid-April target to vaccinate all over 50s and the most vulnerable – the top nine priority groups – could be smashed by the end of March.

It’s speculated that those in their 40s will start being invited for their vaccine in a couple of weeks.

The second phase of the rollout will see the general population jabbed by age group.

Already almost 25 million people have been given the first dose of either the Pfizer or AstraZeneca vaccine.

And the programme is expected to ramp up even more as vaccine dose stocks increase.

Boris Johnson has pledged to give all UK adults their first dose by the end of July, but it is hoped the target could be met earlier. 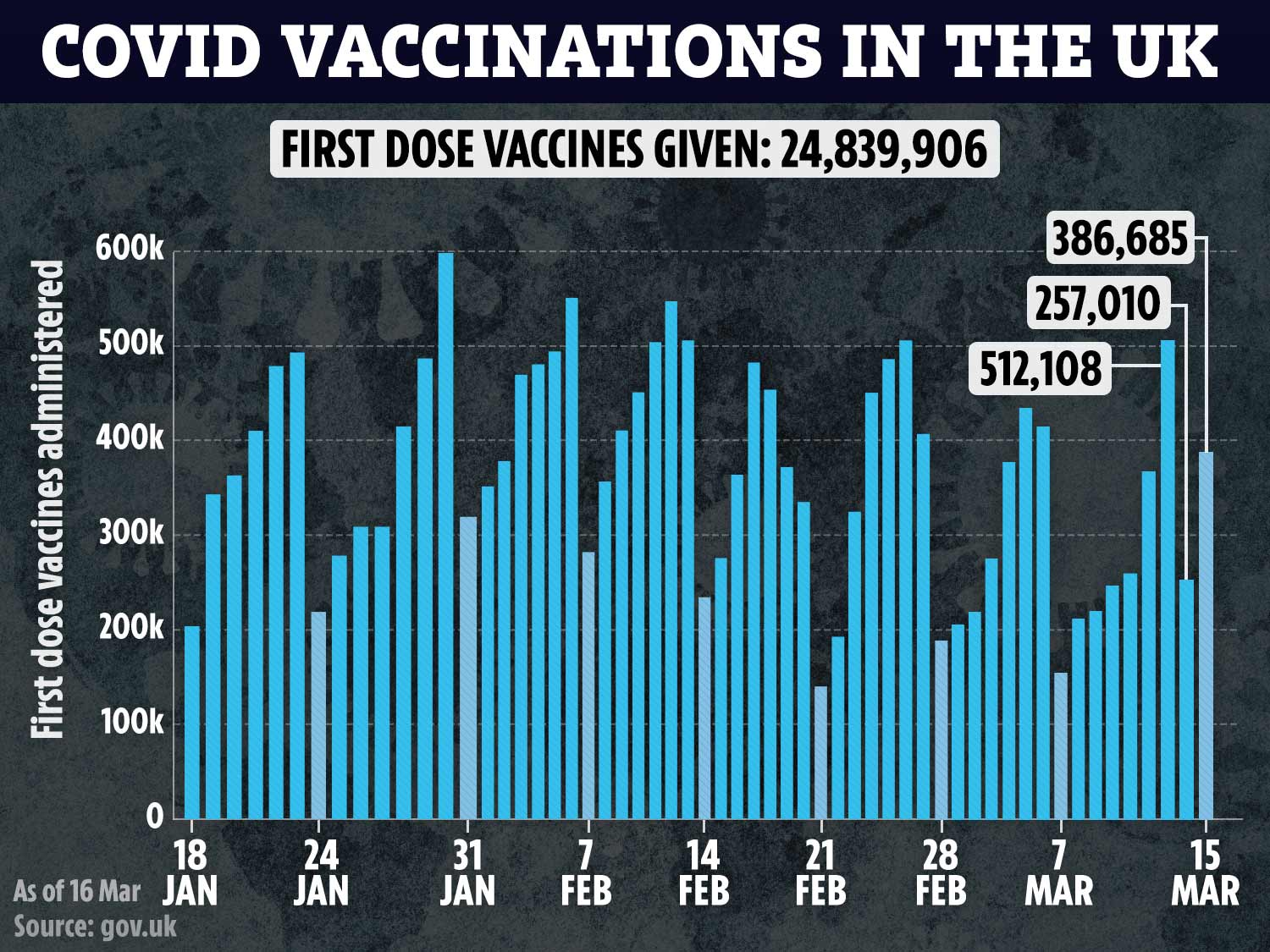 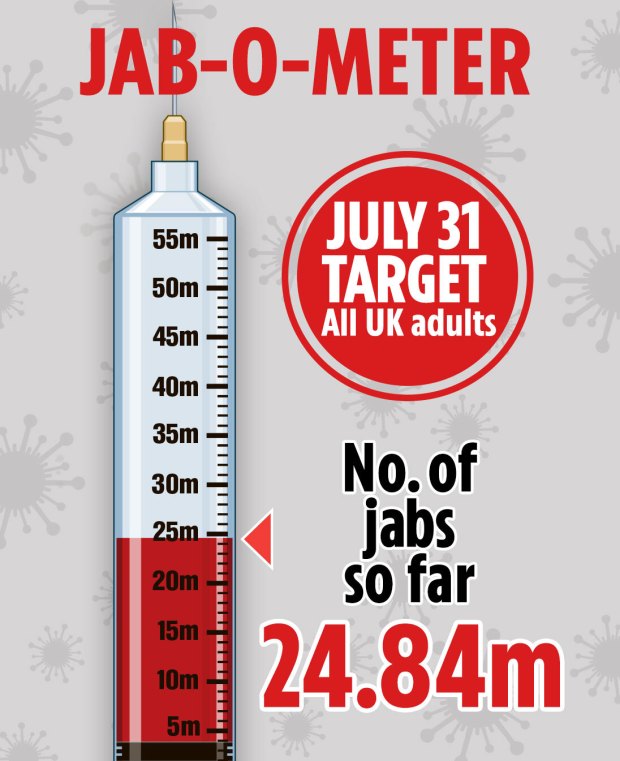 The Prime Minister himself is set to receive his first immunisation today or tomorrow, with his spokesman insisting that the PM is “perfectly happy” to get the UK-made Oxford-AstraZeneca vaccine.

The jab has come under intense scrutiny in the past week after fears it was behind people developing blood clots.

At least 20 European nations temporarily stopped using the jab while investigations were carried out.

However, so far there is "no indication" the jab was the cause of blood clots – some fatal – according to an update from The European Medicines Agency (EMA) yesterday.

The EMA will give another update on Thursday.

Regulators in the UK and the World Health Organization (WHO) also say there is no clear link the vaccine was behind a handful of blood clotting cases.

The WHO has urged nations to keep vaccinating to "save lives", as Europe sees spikes in infection rates.

But millions of people in the EU face delays in getting their vaccine in yet another set-back in the bungled rollout.

By the weekend, one in two in this country are expected to have been protected against the virus as the immunisation blitz ramps up.

By comparison, only only 11 per cent of people in Europe have been given a vaccine dose, according to Our World in Data, with varying rates across the nations.

'WandaVision': Kat Dennings Signed an NDA Before Marvel Let Her Know Details About the Show