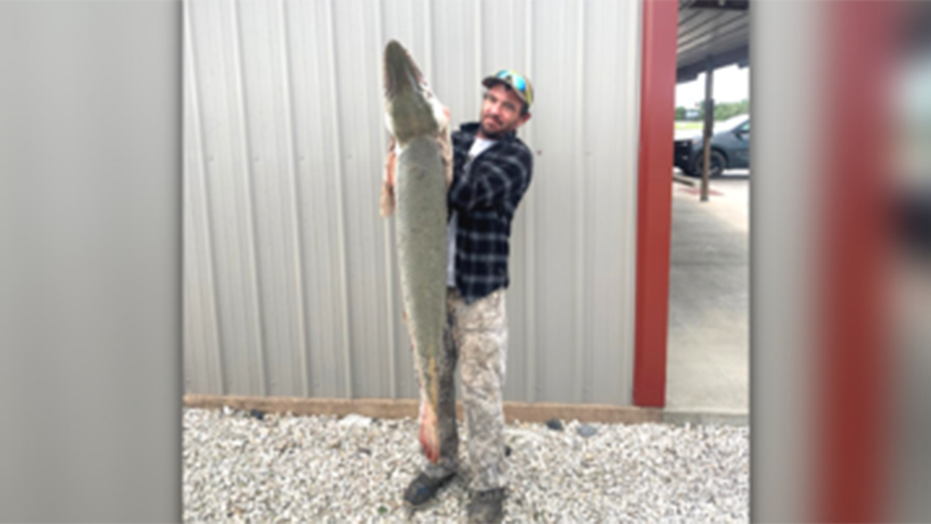 How did that get there?

Alligator gars are a unique species of fish and are often referred to as “living fossils.” This is because fossil records for the animals have been discovered dating back almost 100 million years. 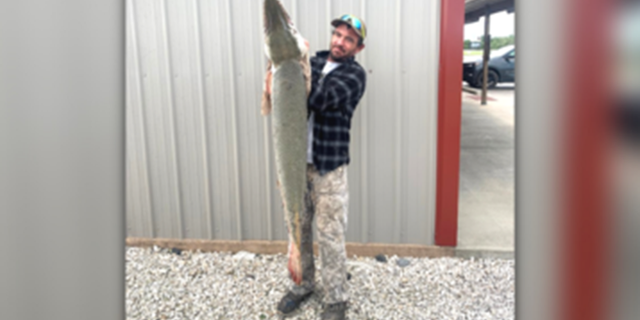 Kansas state biologists are researching how an alligator gar ended up in the state’s Neosho River.
(Kansas Department of Wildlife and Parks)

The fish is usually found in areas like southwestern Ohio, parts of Missouri and Illinois. The fish has not been found, however, in the state of Kansas.

That is, until now.

While other species of gar are native to Kansas, alligator gar do not typically live in the area. According to a press release from the Kansas Department of Wildlife and Parks, state biologists are researching how an alligator gar ended up in the state’s Neosho River.

KDWP Fisheries biologist Connor Ossowski said, “We’re confident the information from the angler (who caught the fish) is accurate and the fish was, in fact, caught from the Neosho River. However, that doesn’t mean the fish originated from the river.”

Researchers are studying the fish’s fins in hopes of determining if it came from another state’s population.

“Because most populations of this species can be distinguished from one another with a sample of the fish’s fins, another option we’re considering is genetic identification,” said KDWP assistant director of Fisheries research, Jeff Koch. “This will tell us if the fish came from an existing population in another state.”

Another possibility, state officials said, is that the fish had been dumped in the river.

Doug Nygren, KDWP Fisheries Division director, explained, “It’s not unlikely that this fish was once somebody’s pet or purchased from a pet store, and simply released into the river once it became too large. These techniques should allow us to determine which mode of introduction occurred.”

Officials would not rule out, however, that the fish made its way to Kansas through natural means either.