Well it beats a toaster! Alpine country house on a Scottish loch that was built by a bishop as a WEDDING GIFT for his son goes on the market and could be yours for offers over £2million

A striking country house built by a bishop as a wedding gift for his son has gone on the market for offers over £2m.

Dunbeg House sits in an incredible position on the bank of a Scottish loch with stunning panoramic water and mountain views.

The impressive property not only includes the five-bedroom main house, but also a two-bedroom cottage that has been run as a successful holiday let and over four acres of woodland garden.

He commissioned well-known architects Ross & MacBeth to design Dunbeg for his son and his new wife in the early 1900s. 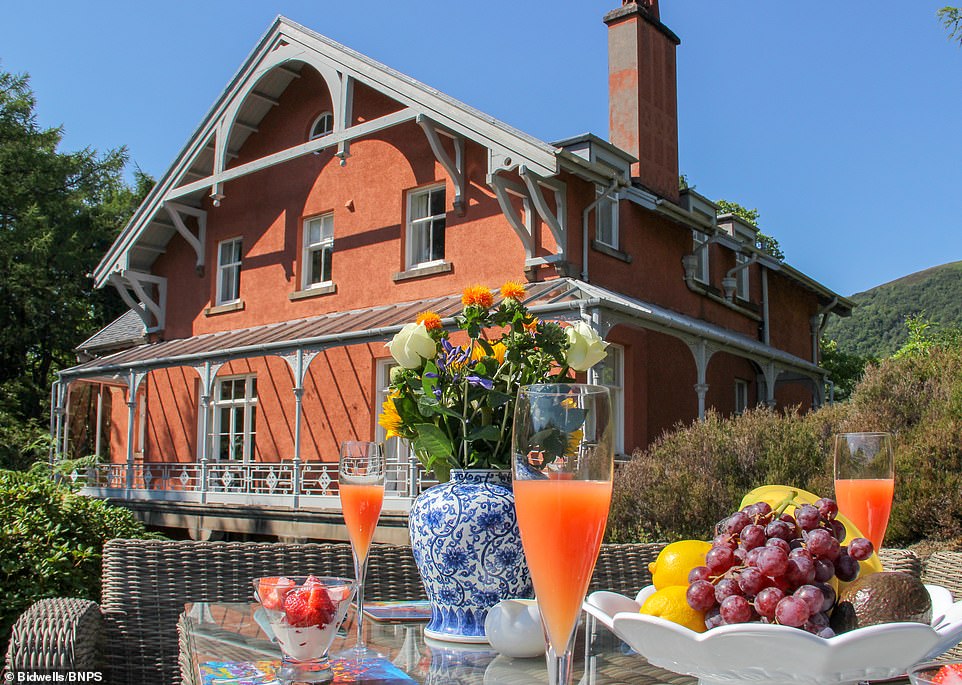 Dunbeg House sits in an incredible position on the banks of Loch Leven near the Pap of Glencoe, with stunning mountain views 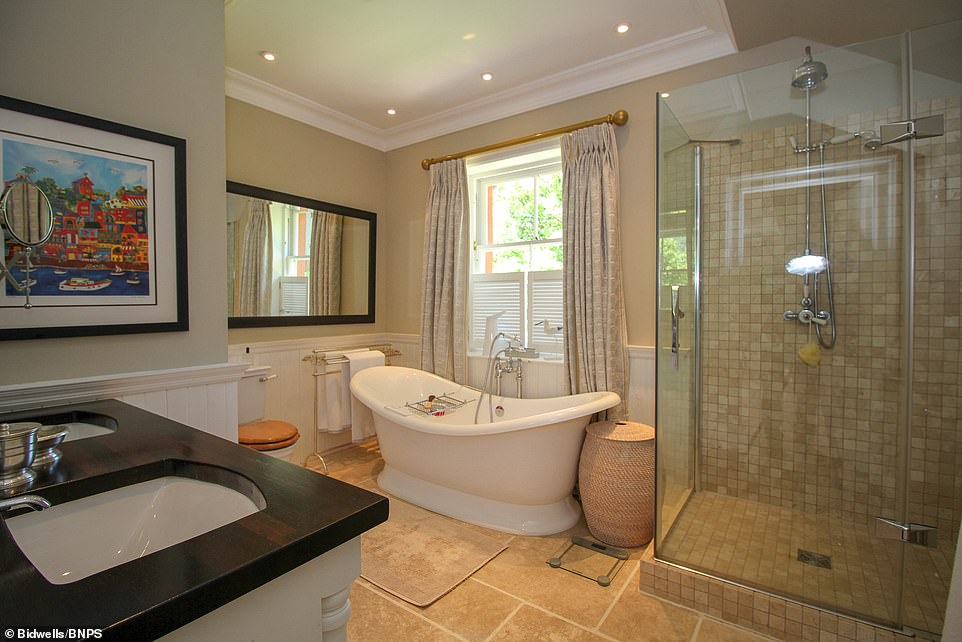 A large, elegant bathroom with a limestone floor and a walk-in showers features the best of modern and traditional styles 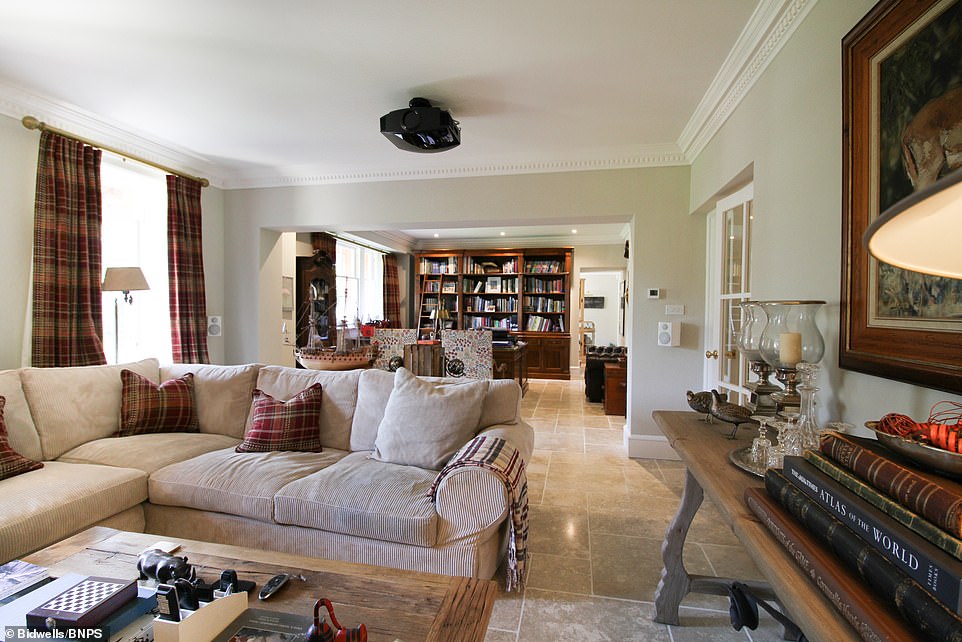 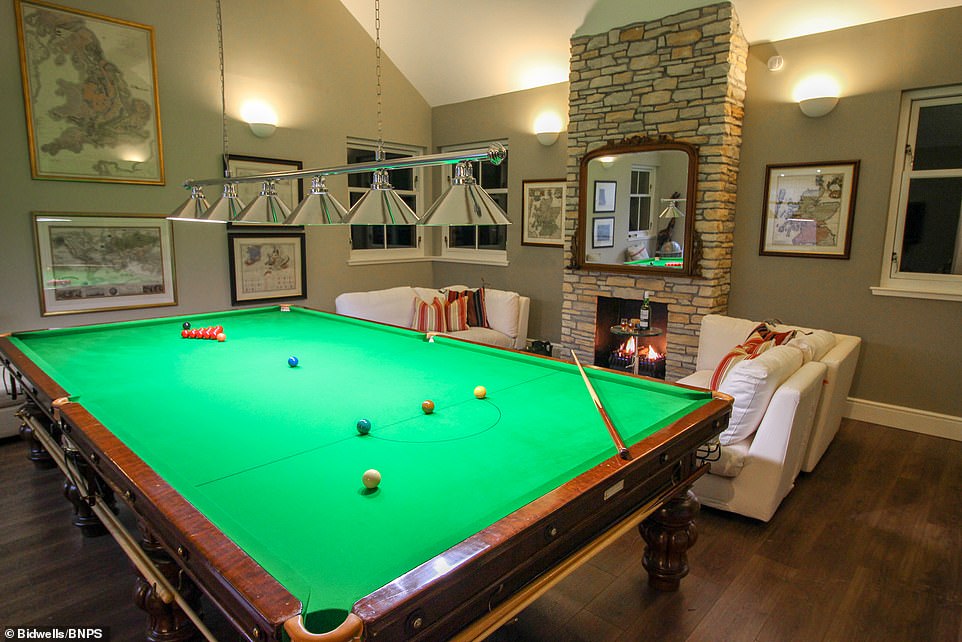 A billiard room offers a perfect place to unwind after a hard day at work, with enough space for an enormous pool table 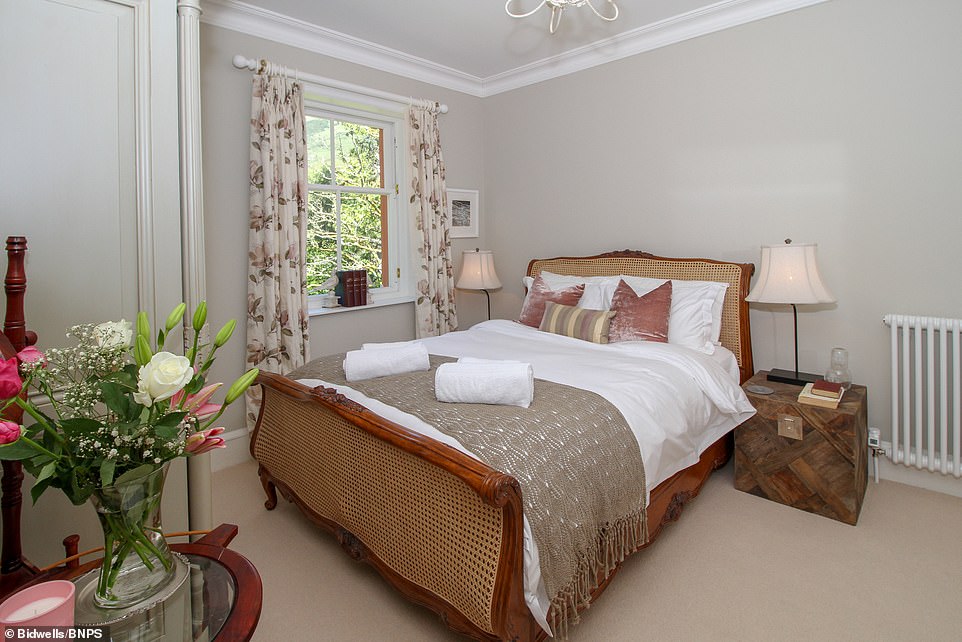 One of the five double bedrooms inside the property, which still retains its cosy and rustic charm after more than a century 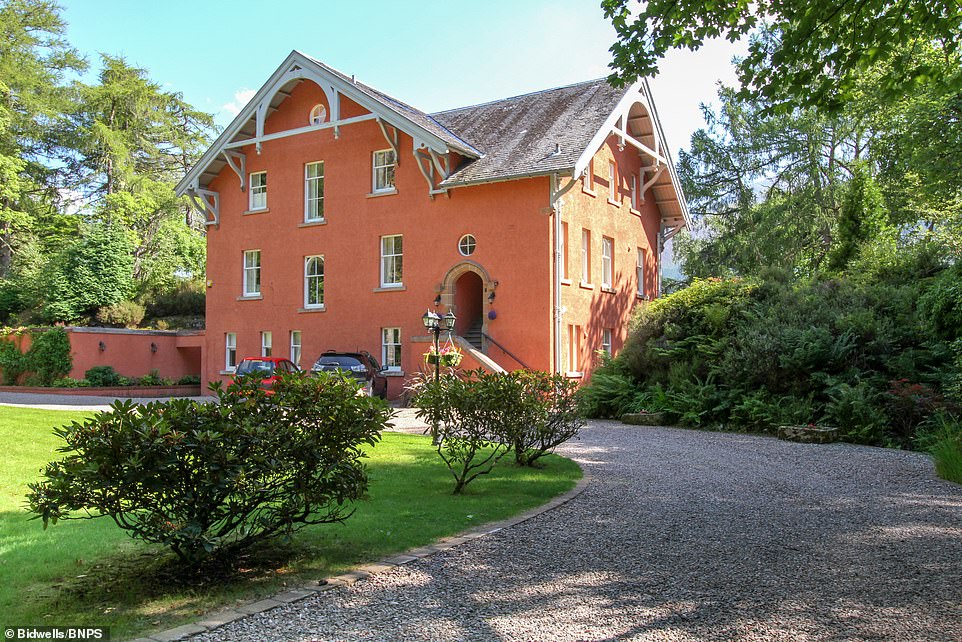 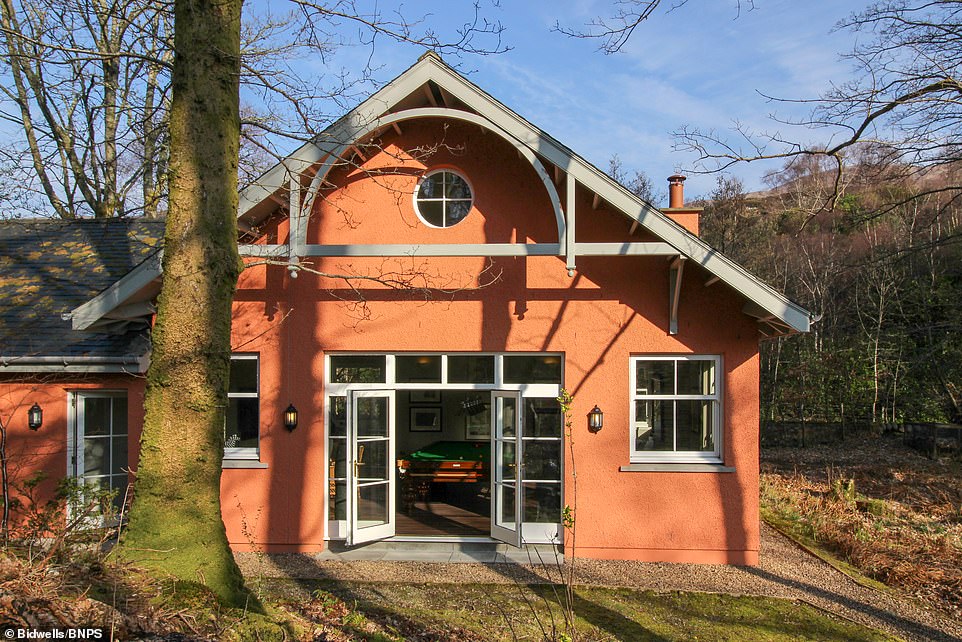 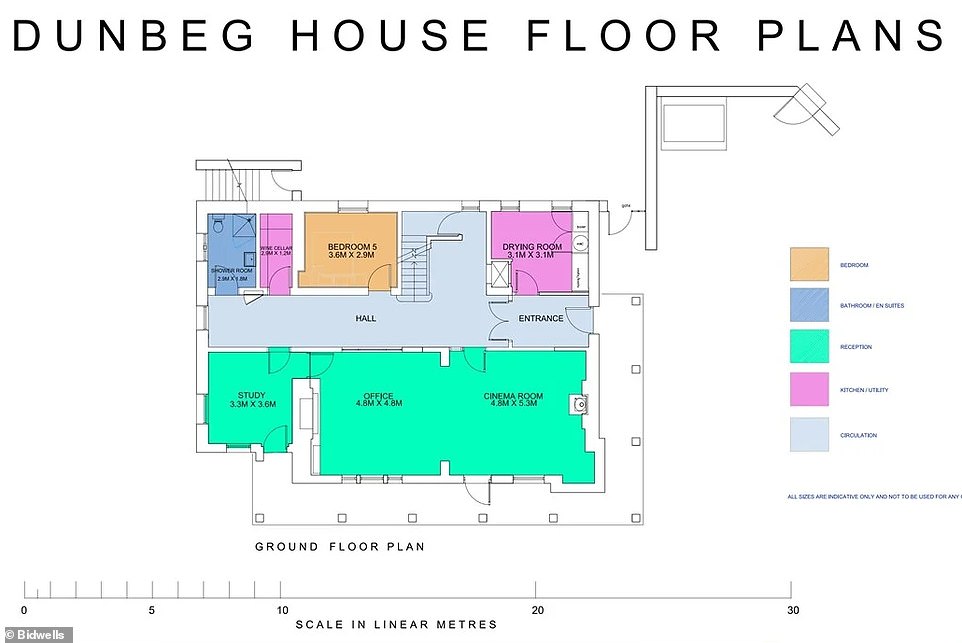 A ground floor plan shows the location of the study, office, cinema room, drying room and one of the bedrooms 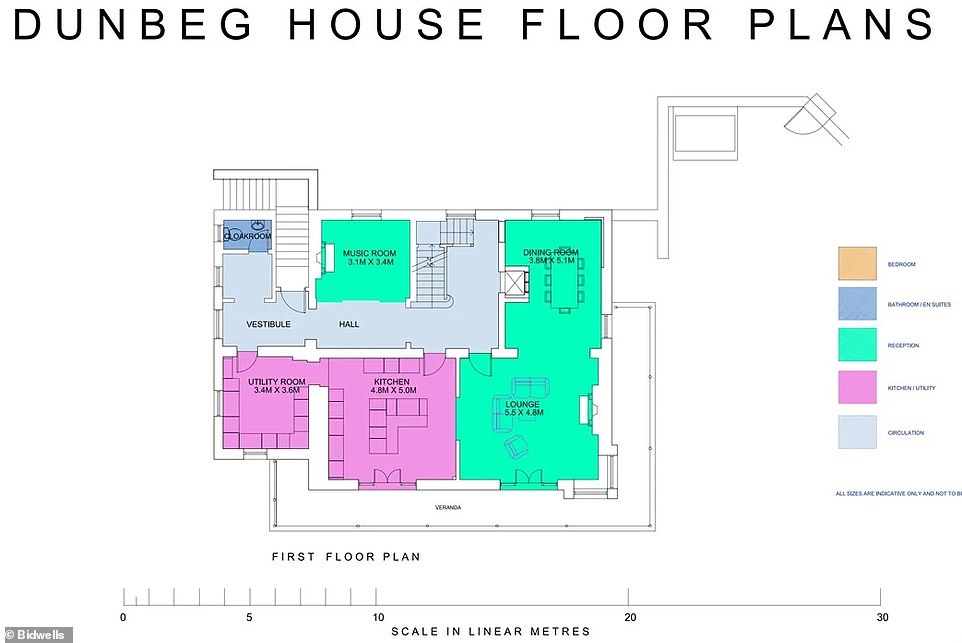 The property has changed hands a few times since then and the current owners bought it 12 years ago.

The Arts & Crafts villa, inspired by Swiss chalets, was used as a nurses’ residence during the Second World War when the neighbouring property, Alltshellach House, which was the Bishop’s own residence, became a hospital for wounded commandos.

The house has 5,812 sq ft of living accommodation over four floors. On the ground floor is a study, office, cinema room, wine cellar, bedroom and shower room.

The main living space is on the first floor where there is a reception hall, piano room, kitchen, dining room and a drawing room which has a fitted corner window seat with dramatic views over the bay and access to the balcony which runs almost the full length of the southern and eastern elevations to make the most of the views.

On the third floor are four bedrooms and three bathrooms and on the attic level there is a large room currently used as an art studio. 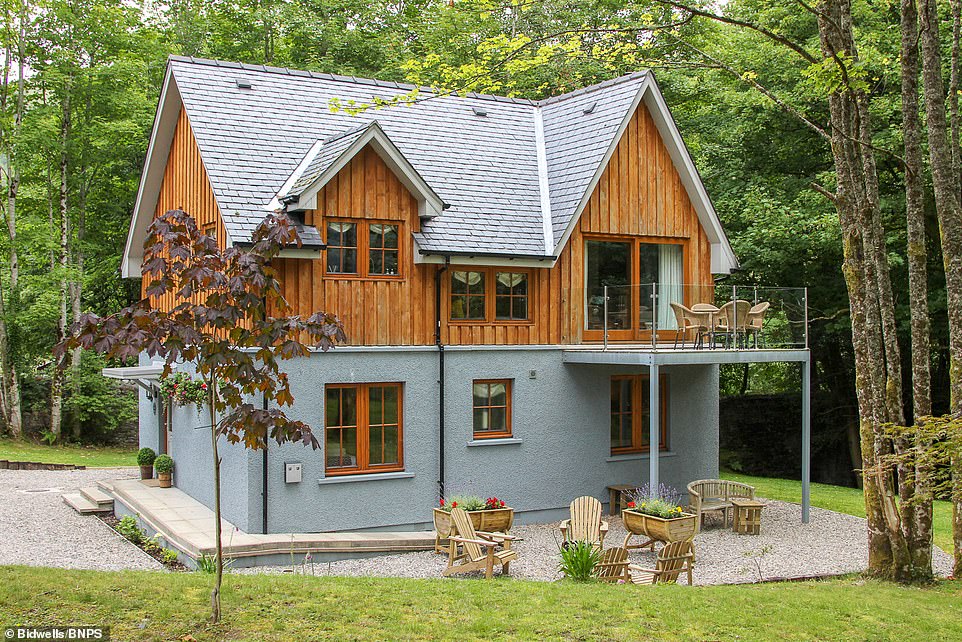 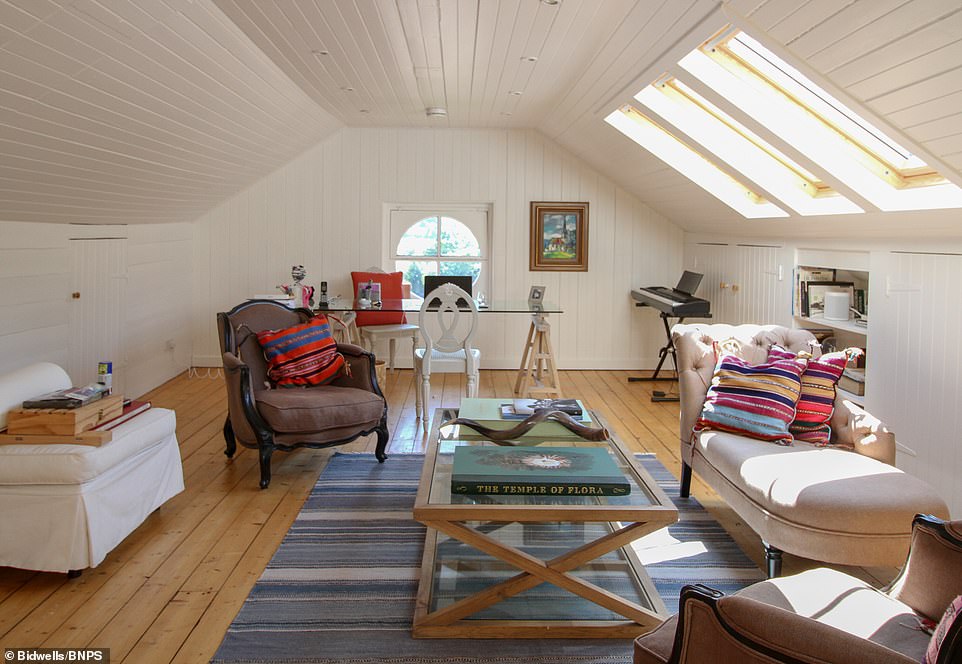 A fun attic space that could be used as a play area, music room or a convenient storage area 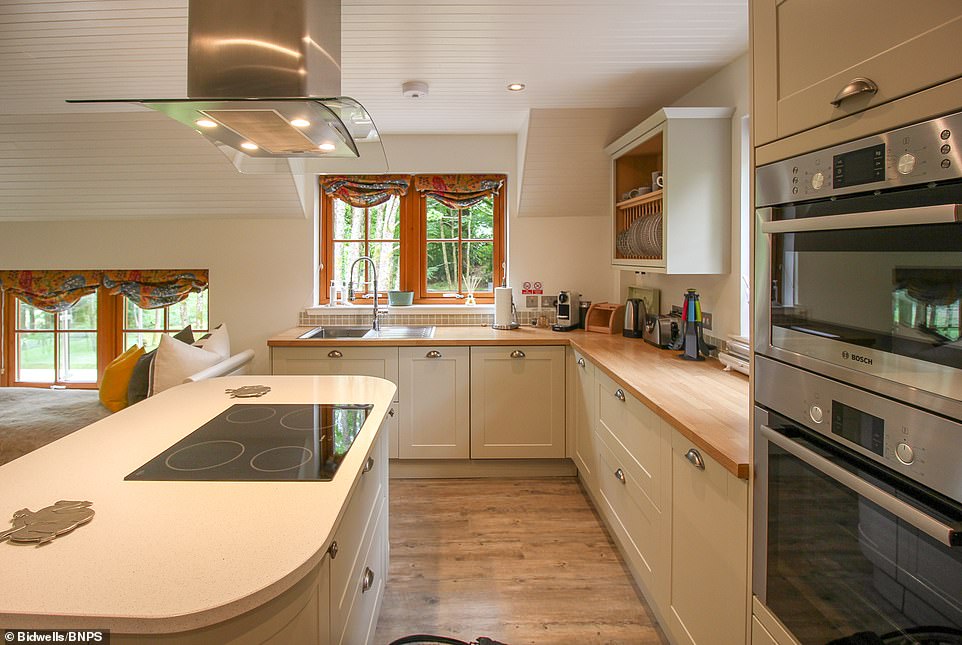 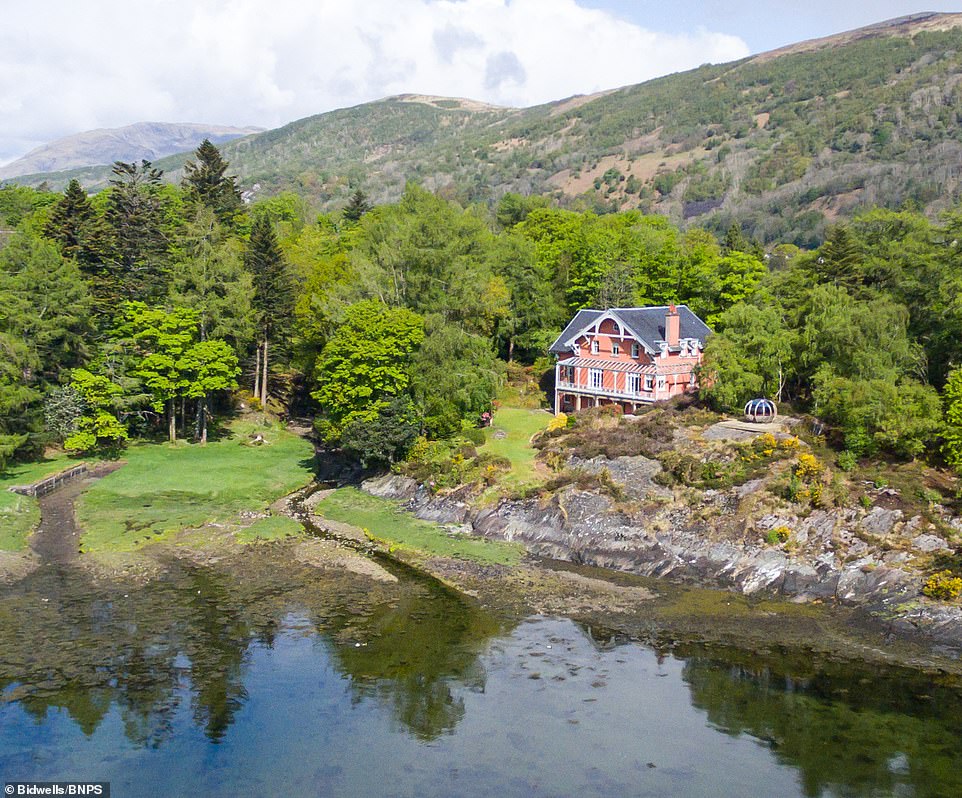 The manor is surrounded by beautiful mountains and woodland, as well as views overlooking Bishops Bay 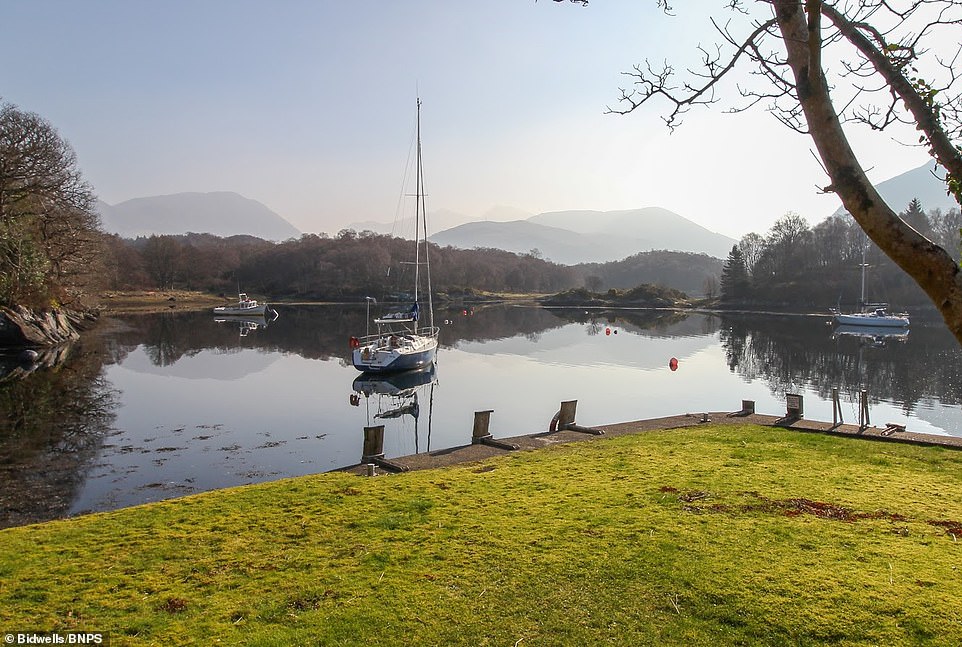 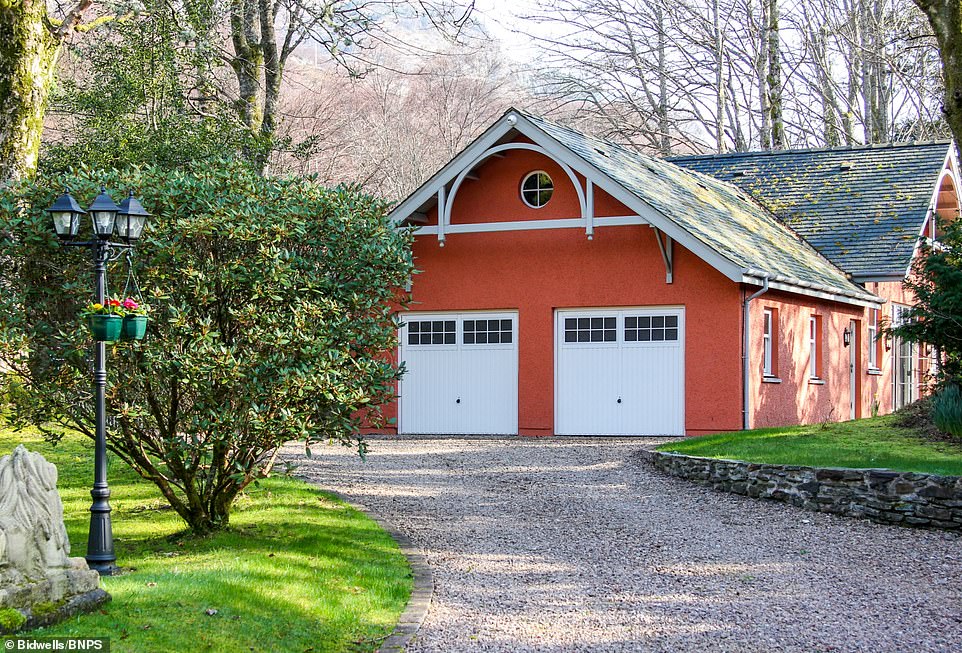 This has been run as a luxury five-star self-catering destination and could continue as a holiday let with strong bookings in place for this year and next, or could be used as guest accommodation or for multi-generational living.

The two houses are on the banks of Bishop’s Bay on the northern shore of Loch Leven, one of the most scenic areas on the west coast of Scotland.

Overall the property has 4.45 acres of land with a barbecue and decking area and a 360-degree view pod, as well as a private jetty, pier and access to a private shingle beach.

The cottage sits in two acres of its own grounds and has access to Bishop’s Bay and Loch Leven. 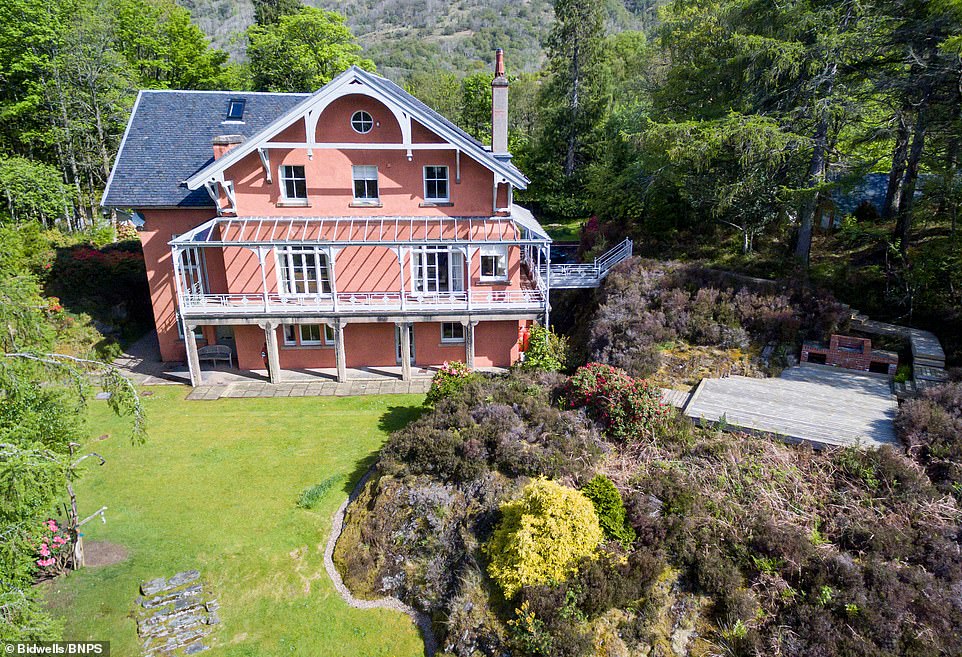 The manor house features a vast garden and rockery, surrounded by beautiful woodland for shade and privacy 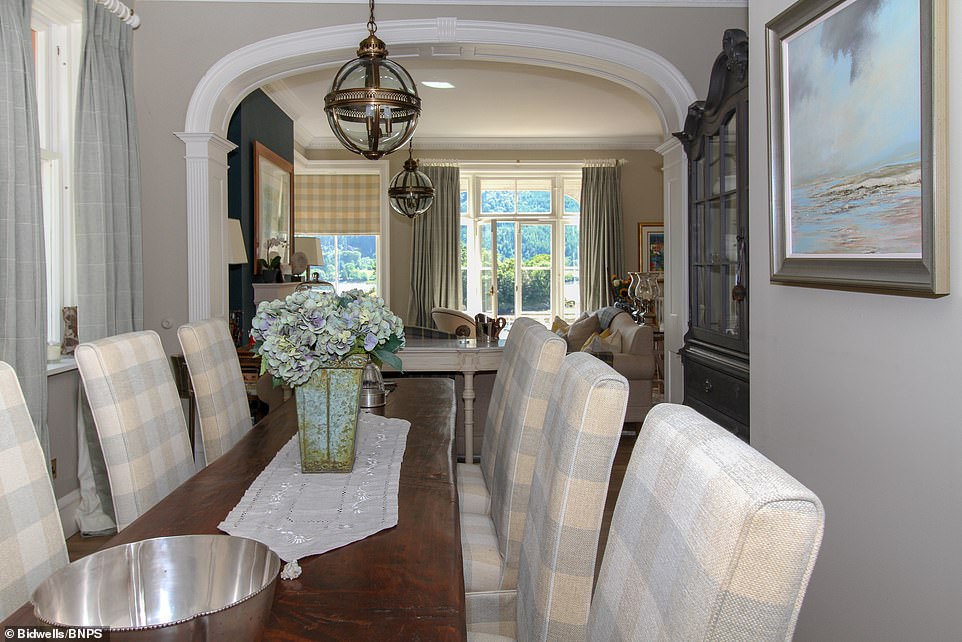 On the ground floor is a study, office, cinema room, wine cellar, bedroom and shower room 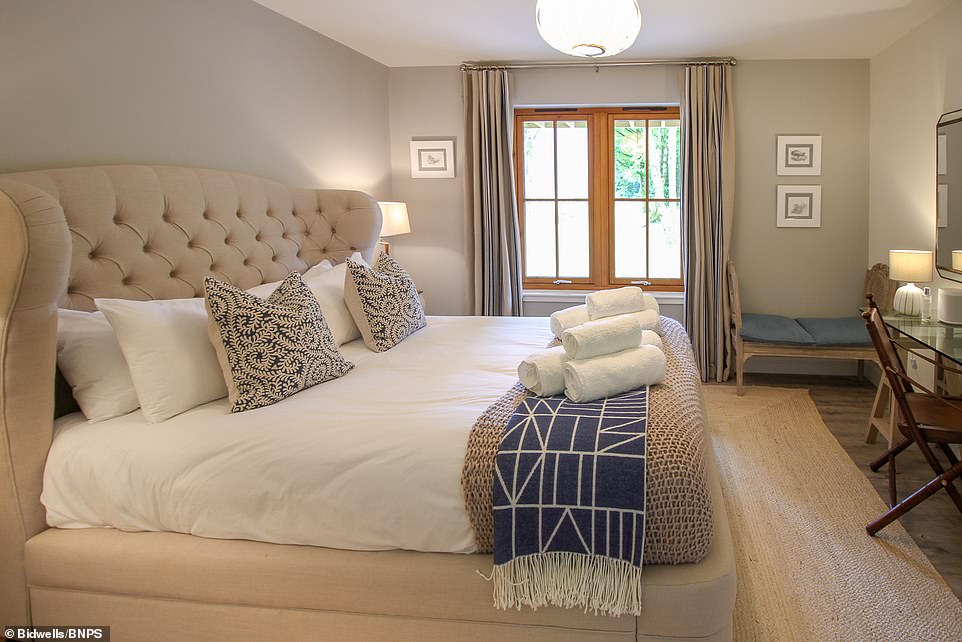 A master bedroom is donned in neutral colours, with grey walls and a beige bedhead as well as a desk area 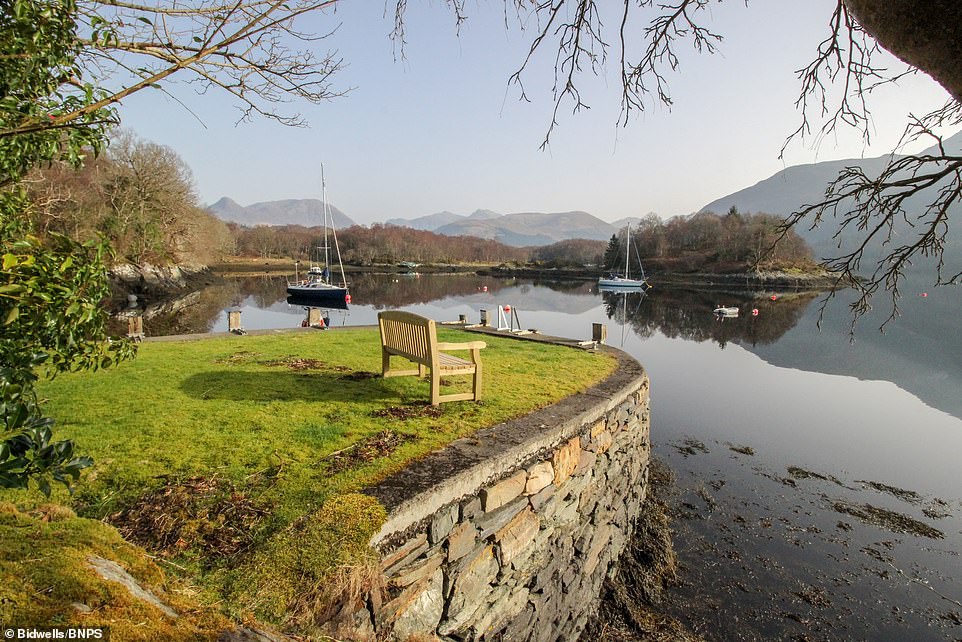 Dunbeg has uninterrupted views expanding as far as the Pap of Glencoe, showing the Scottish highlands in all of their glory 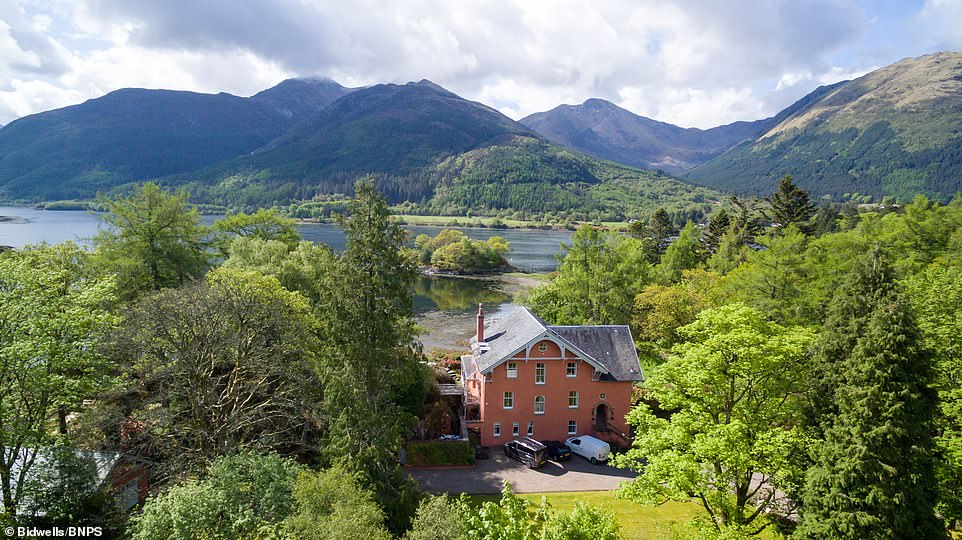 The surrounding area has some of the best skiing, climbing, hill walking, sailing, fishing and shooting in Scotland 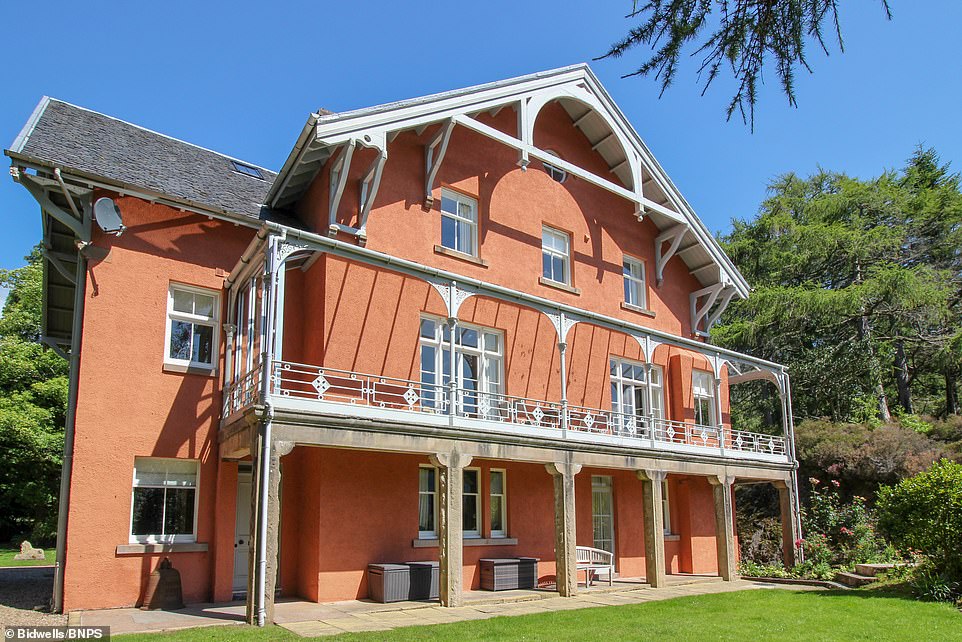 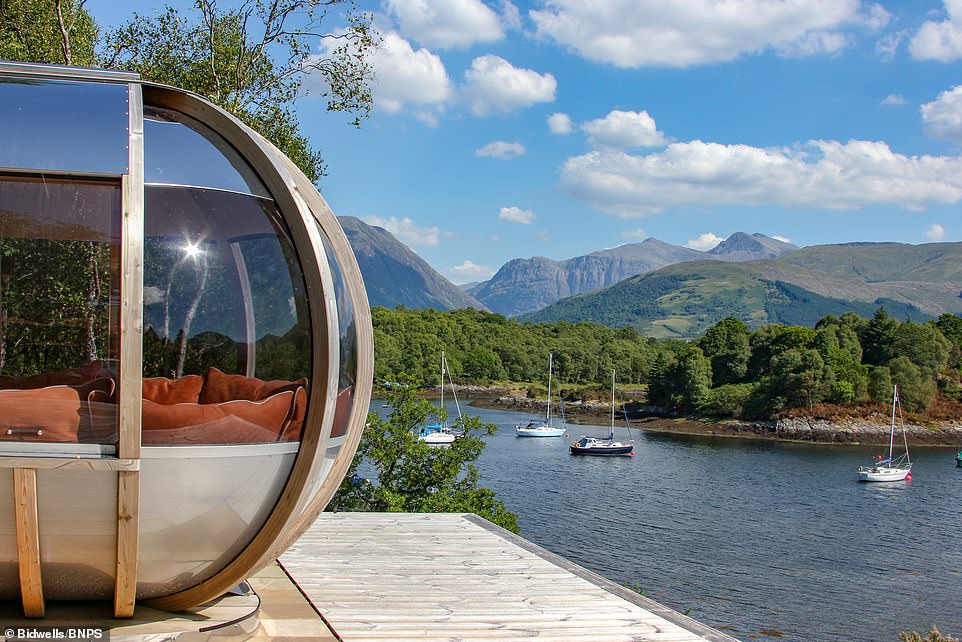 The banks of Bishop’s Bay on the northern shore of Loch Leven, one of the most scenic areas on the west coast of Scotland

Dunbeg has uninterrupted views to the Pap of Glencoe and the surrounding area has some of the best skiing, climbing, hill walking, sailing, fishing and shooting in Scotland.

Angus Kelly, from estate agents Bidwells, said: ‘This is one of the very best settings for a lochside house on the west coast of Scotland.

‘The house itself is rich in history but has been extensively refurbished by the current owners and is finished to an exceptionally high standard throughout. It has access down to one of the most tranquil and beautiful bays on Loch Leven.’

Paul McCartney, 79, hits back at claims he’s ‘old and retiring’ as he launches new project