Video of live-saving surgery on a pet goldfish has gone viral after a vet nurse filmed the creature going under the scalpel.

Queensland woman Kindil, captured the extraordinary footage which she later uploaded to TikTok where is was viewed more than 32 million times.

Kindil said she was ‘mindblown’ when she heard about the goldfish surgery and assumed her colleagues were just playing a joke on her. 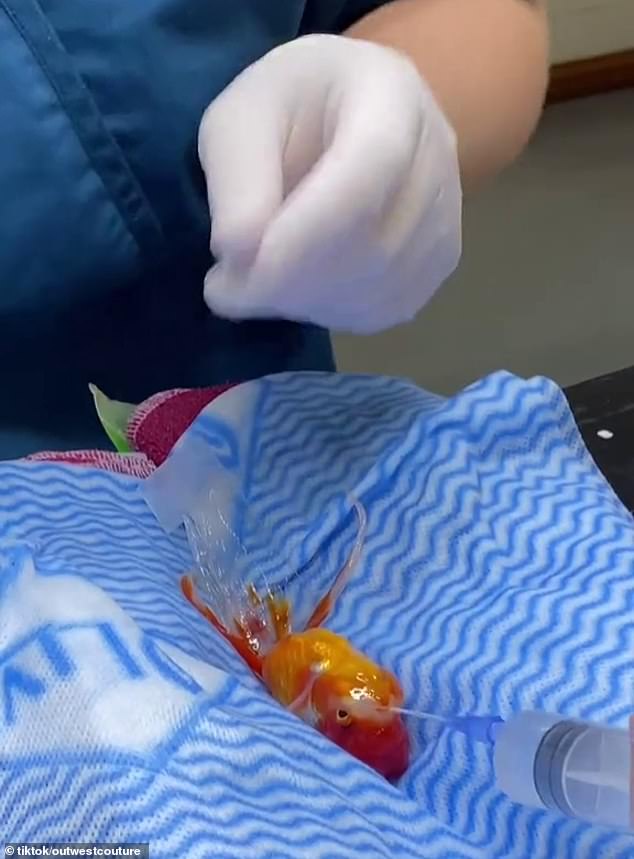 Queensland woman Kindil, who works as a veterinary nurse, got more than 32.5 million views of her extraordinary goldfish surgery video which she posted to joke about using it an excuse for missing work 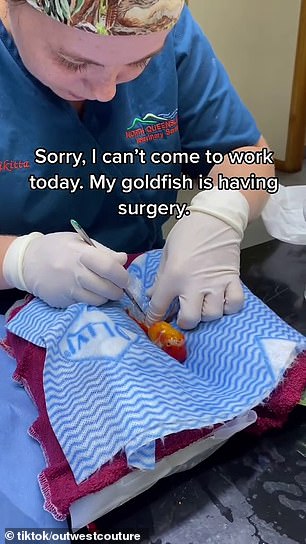 ‘When I walked into work and I saw we had two goldfish surgeries booked in I thought I thought someone was joking. I didn’t even realise it was real either,’ Kindil said.

That’s right, not one but two goldfish surgeries – which were both for the same owner.

One had a lump removed and stitches put in. She didn’t say what the second fish needed doing.

‘I was also mindblown that we did surgeries on fish because this is the first time that I had also seen a surgery on a fish and I had no idea this was even a thing,’ she said.

Kindil explained the fish needed anesthetic for the surgery – the same kind humans need, just obviously in a micro dose – mixed with water and fed directly to the fish.

For the record, the fish made it through the surgery.

In one video she showed the goldfish as it woke up from the surgery.

‘Here’s a little clip I took of him just starting to wake up from his surgery,’ she said. 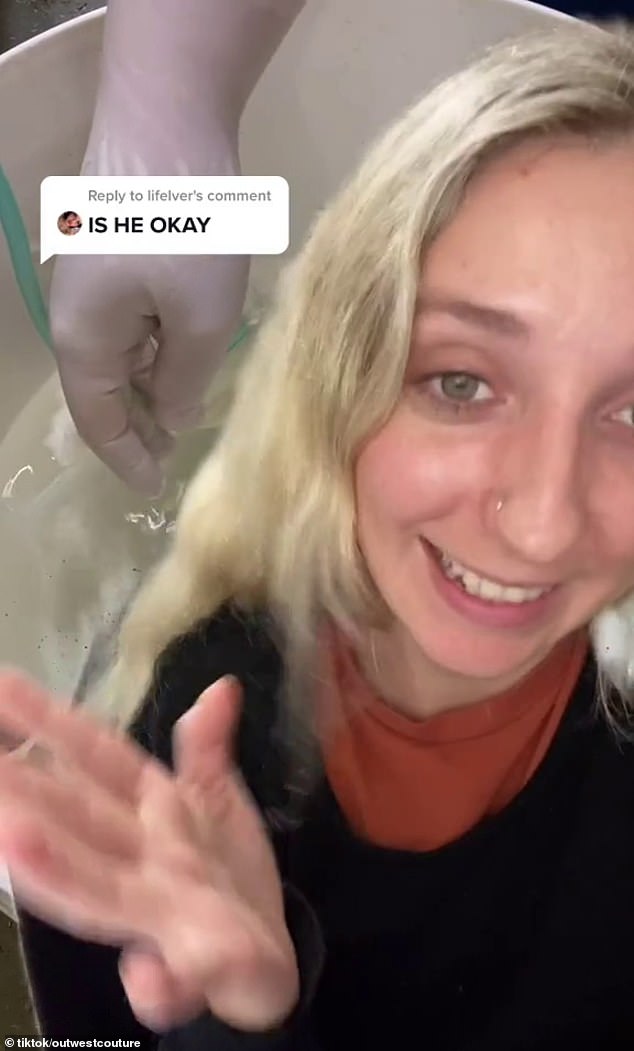 ‘You can see in his tail he has little stitches there from where the lump got removed so he’s trying to work out how to swim again with stitches.

‘He went home that afternoon with his goldfish friend who also got operated on.

Kindil posted another four short clips about the experience and the different reactions of TikTok users, gaining a further 2.5 million views.

‘So if you need a day off and its because your fish needs surgery and your boss doesn’t believe you, now you can just show him this video and he knows it’s real,’ she said.

Why Glenn Close 'Despised' the Ending in 'Fatal Attraction'