Home » World News » Amazon delivers a LIGHTBULB to decorator instead of a £1,345 drone

Amazon customer’s fury after he orders £1,300 drone only to receive a LIGHTBULB amid fears multiple low-value parcels have been switched for expensive ones in his area 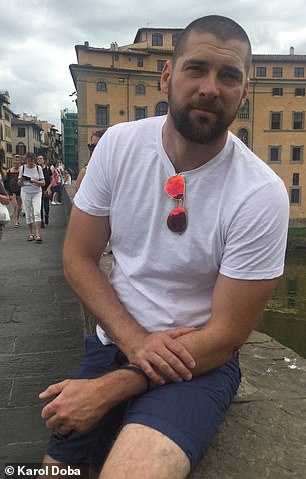 Karol Doba, 39, was mistakenly delivered a lightbulb instead a £1,345 drone by Amazon

A decorator who was mistakenly delivered a lightbulb instead a £1,345 drone from Amazon was left furious after the online giant refused him a refund.

Karol Doba, 39, bought the DJI Mavic 2 Pro Drone online and was told it would be delivered to his home in Tooting, South London, on December 8.

However, at 8.30pm that evening the delivery driver handed him a package that appeared to be far too small -and it turned out it was actually a lightbulb.

Packages in the area were allegedly being switched at some point in the delivery process with lower value items – with a police officer telling Mr Doba he was the seventh person to come to them with the same problem in just a week.

When he opened the box, Mr Doba – who owns a company called Bespoke Decor – immediately ran back outside to catch the delivery driver, handed the item back – and took a picture of him holding it with the wrong product for proof.

He had received a message from Amazon to say his drone was ‘delivered’ – but sent the images to customer services and explained the situation.

Amazon then told him the matter could only be looked into if he filed a police report – and so he went into Wimbledon police station two days after the incident. 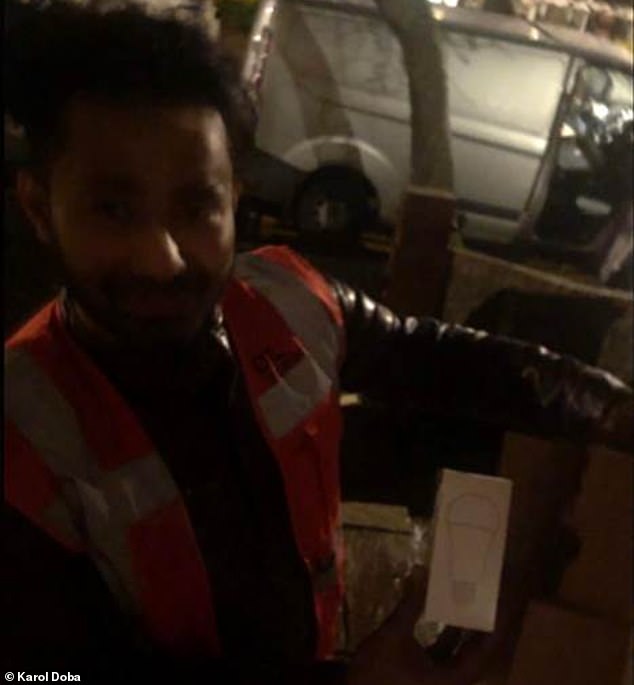 But an officer said it was a civil matter and police could not get involved – adding that he was the seventh person to be told the same thing by Amazon in a week.

Mr Doba was also contacted by the Metropolitan Police via social media after tweeting about it, but they again concluded that it would be a civil matter.

With Amazon still refusing to offer a refund one week later, Mr Doba’s wife Shy Lewis, who owns a public relations firm, got in touch with MailOnline to ask for help.

This website put pressure on the Seattle-based retailer to explain what had happened – and last night there was finally a positive result for the couple.

Eventually, Amazon issued Mr Doba with a refund for his purchase, apologised to him for the handling of his complaint and will also send him a goodwill gesture. 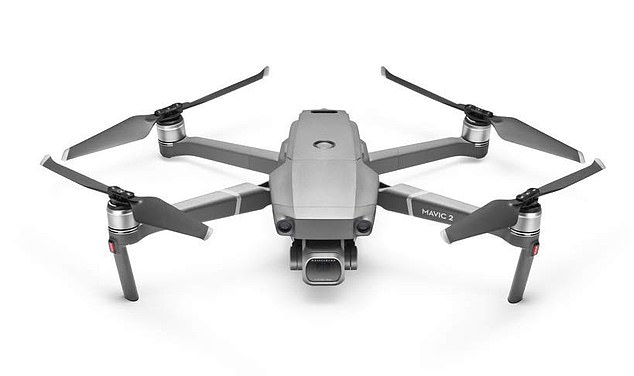 Mr Doba told MailOnline today: ‘It’s frustrating it took so much effort just to get a refund for an item I never received. I’m an Amazon Prime member and shocked I’ve been treated this way.

‘Their customer services have messed me around for days – but without the help of MailOnline, I’m sure I wouldn’t have seen this money again.

‘I’m glad I’m finally at the end of the road with this all and just thankful I finally have been refunded my money. It will take a lot of convincing me to purchase high value items on Amazon again.’

Before receiving the refund Mr Doba had told how he felt ‘really disappointed and mistreated by Amazon’ and complained of ‘an unwillingness from their side to help’.

Mr Doba, of South London, bought the DJI Mavic 2 Pro Drone for £1,346 on the Amazon site

Mr Doba also ordered two sets of accessories for the drone – for £339 and £11.92 – but they both arrived from Amazon without any problem.

In a customer services email on the drone, Amazon said: ‘We have fully investigated this matter, including with the delivery carrier who delivered the package.

‘Based on the outcome of our investigations, we believe the package was delivered to the correct address.’

They added: ‘If you think that someone has intercepted your item without your permission, this is a crime, and you may wish to contact your local police authorities to pursue this matter further.

‘To assist, we recommend that you provide a copy of this email to the police to help explain what has happened. We will happily cooperate with the police as part of any investigation.’

But in a later email sent last night after MailOnline contacted Amazon, the retailer told Mr Doba: ‘I’m sorry to hear about the problem you’ve had with your recent order.

‘I’ve requested a refund of £1345.95. Once your refund has been completed by us, please allow your bank between five to seven business days to process it.

‘I’m very sorry that we weren’t able to meet your expectations this time around. I hope that you will allow us another opportunity to serve you in the future.

‘I hope this helps. We look forward to seeing you again soon. ‘

Amazon says in its guidance online: ‘If you placed an order but received the wrong item, you can return the wrong item for a refund or a replacement of the item you did not receive through the Online Returns Center by selecting the Wrong item was sent reason.’

A Metropolitan Police spokesman said: ‘At around 7.18pm on Monday, December 10, police received a report from a man who said he had purchased an item online but received a different product. The complainant was advised this was a civil matter.’

Anthropologie Is Having a Massive 20 Percent Off Sale on Dresses

Twitter Can't Get Enough of Beyoncé Talking About Her FUPA

NYC dog parks closed until further notice due to coronavirus