Amazon has opened a permanent homeless shelter inside one of its office buildings in its downtown Seattle headquarters.

The online retailer and nonprofit organization Mary’s Place announced Thursday that they have officially opened the Mary’s Place Family Center in The Regrade – a family shelter that can fit up to 200 people.

Although built inside one of Amazon’s office buildings, the eight-floor, 63,000-square-foot shelter is being kept separate from Amazon’s offices through private entrances and acoustical isolation, according to a joint press release. 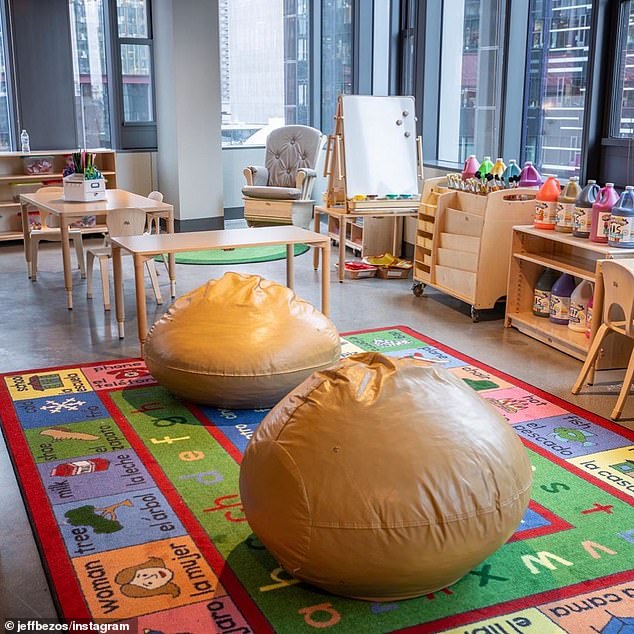 Amazon and non-profit Mary’s Place announced the opening of Mary’s Place Family Center in The Regrade on Thursday. It’s located inside one of Amazon’s headquarter buildings in Seattle 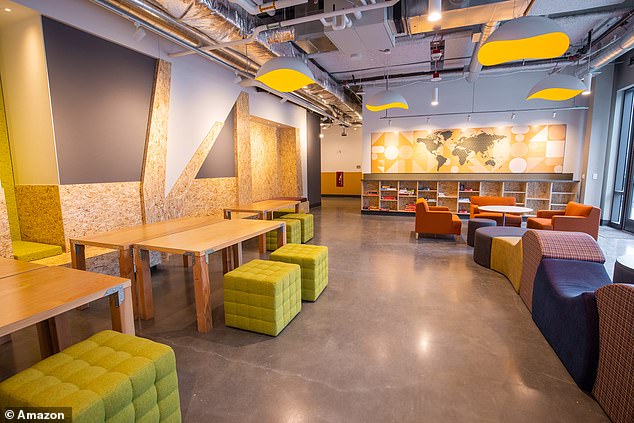 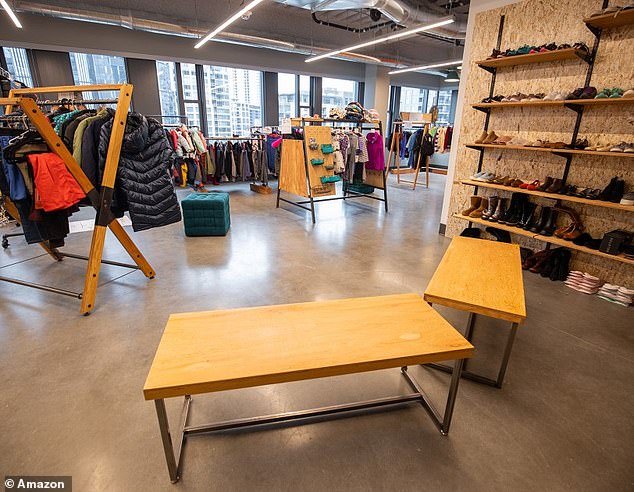 A view of a common space in the new shelter, featuring a variety of clothing and shoes 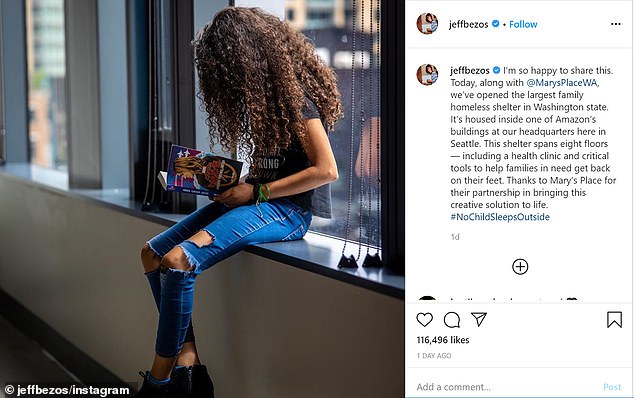 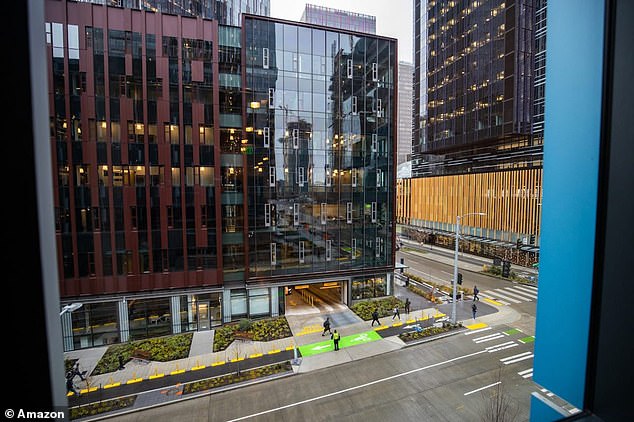 The family shelter and the Amazon offices feature acoustical separation and have their own entrances. Plazas and other public spaces are for use by both families and Amazon workers

Among the shelter’s features are a large dining room – big enough for social distancing – an industrial kitchen with commercial cooking equipment, space for Amazon’s legal team to provide pro bono support and recreation spaces for children and teens.

Amazon’s VP of global real estate and facilities John Schoettler told Fast Company that the office building was ‘essentially divided in half lengthwise. Half of it is divided for use by Amazon. The balance on the other side is used by Mary’s Place.’ 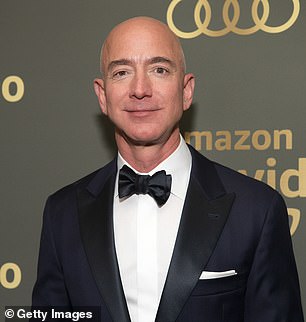 Acoustical separation between the two halves of the building was crucial ‘Because Mary’s Place is a 24/7 operation, there’ll be a lot of children and different activities going on one side, while on the other side there could be a lot of heads-down work and quiet space or a lot of meetings,’ he said.

Plazas and other public spaces around the building were created to be used by both Amazon employees and the families staying at the shelter, though.

One of Mary’s Place’s requests, when converting the office building into a shelter, was to have separate rooms for the families to sleep in peacefully, creating a challenge since the building is a typical office tower.

The project designers found a solution to the problem after realizing that ‘for the highest-quality sleep that you can get in a communal environment, you don’t need a window,’ Graphite Design’s Peter Krech told Fast Company. 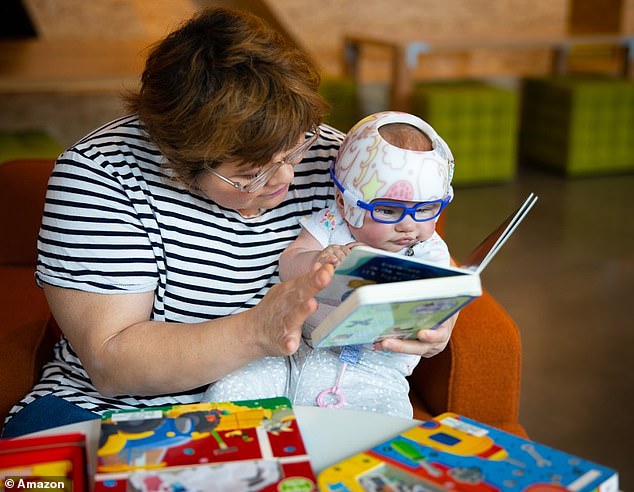 Two of the floors in the new shelter are dedicated to medically-fragile children. There’s also a program for new moms and their babies 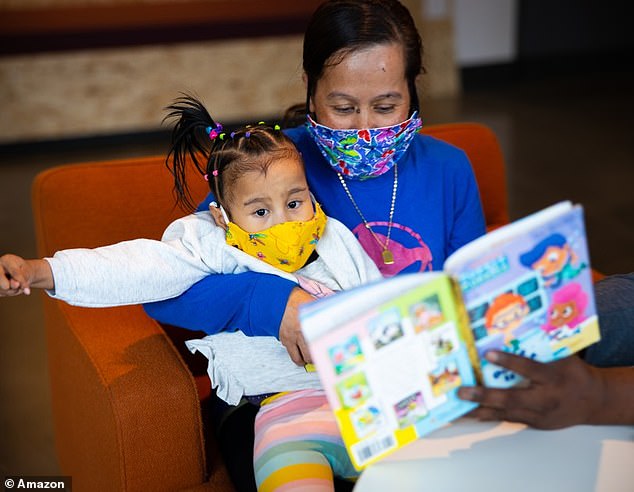 The shelter is practicing strict sanitary measures and social distancing during the coronavirus pandemic. Only 50 families are staying in the shelter right now 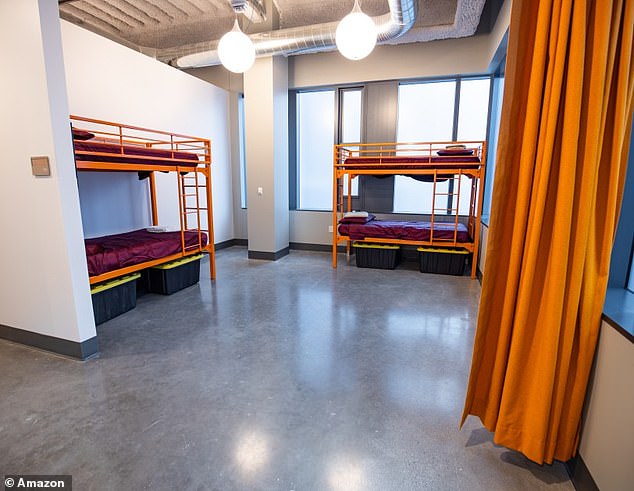 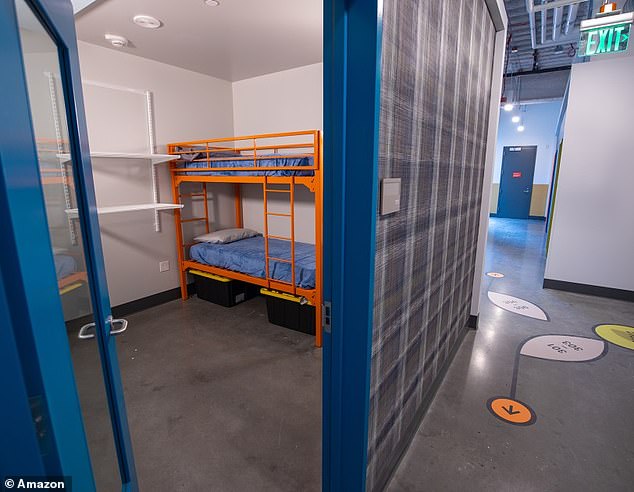 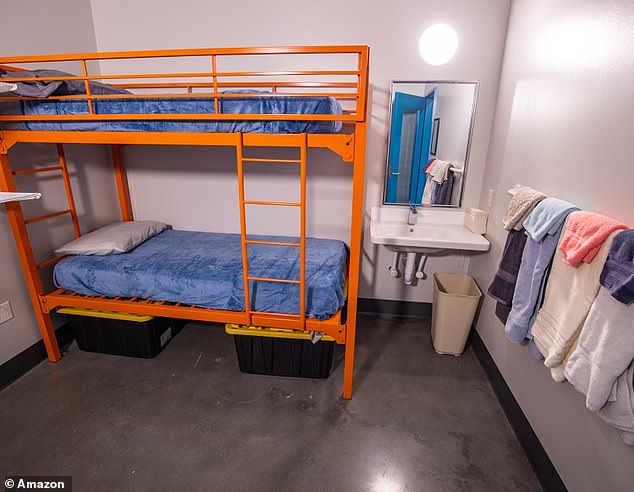 The interior of a sleeping space, featuring bunk beds and a sink. The sleeping areas have soundproofing to ensure a restful night 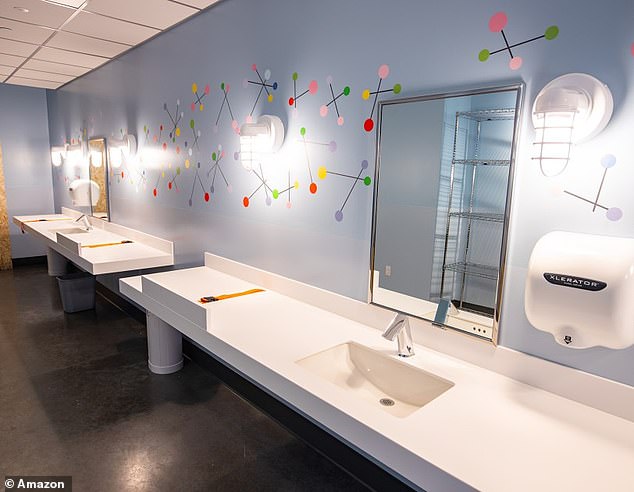 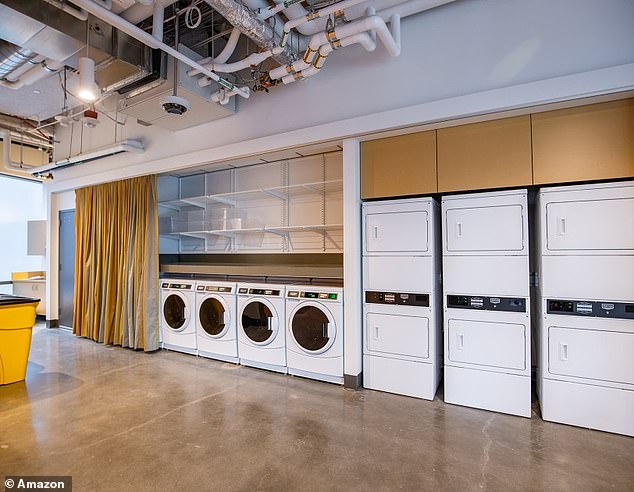 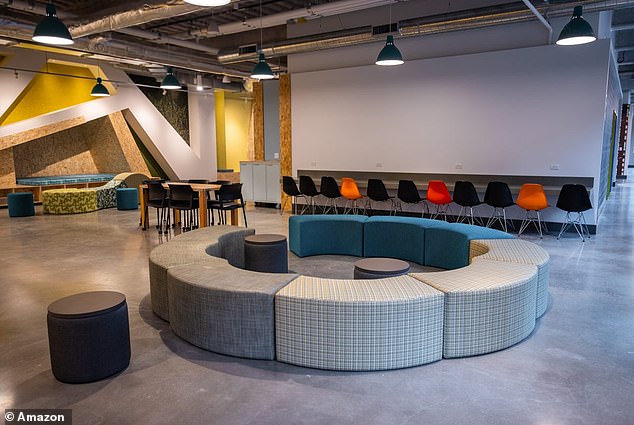 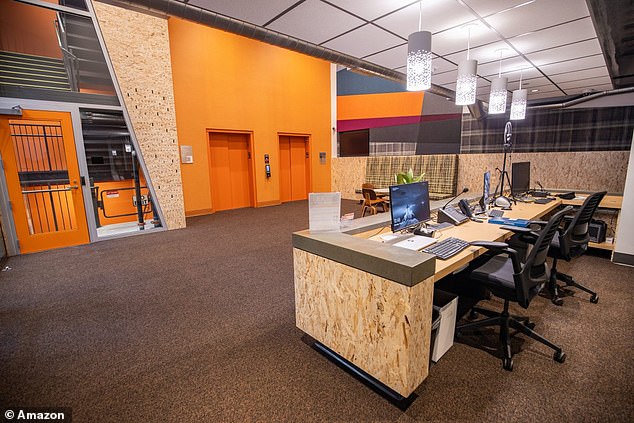 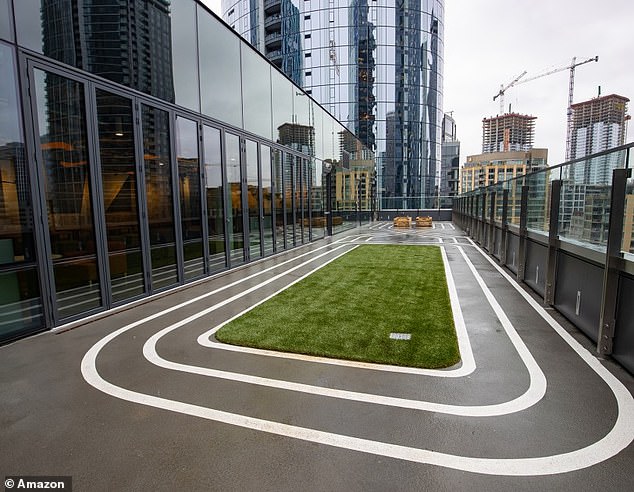 An outdoor communal space at the shelter, which can also be used by Amazon workers

Two of the shelter’s eight floors have been set aside for medically-fragile children and on-site healthcare is available to them, while rooms have also been set aside for residents and volunteers – including Amazon employees – to use as community center-like meeting spaces.

While the coronavirus pandemic is ongoing, the shelter is housing 50 families – each in private rooms – and following a strict cleaning schedule and social distancing rules. It is also offering access to coronavirus testing.

Under normal circumstances, the shelter is expected to be able to provide housing for more than 1,000 families a year.

Mary’s Place Family Center in The Regrade is now the largest family shelter in Washington state, according to Amazon and Mary’s Place.

‘This new shelter, opening when it did, has been our saving grace,’ Mary’s Place executive director Marty Hartman said in the press release. ‘It was our neighbors at Amazon who recognized what we needed before we ever realized it, and this space ensures we don’t have to return families to homelessness during this unprecedented and trying time.’

Hartman also noted that at the new shelter, ‘our kids are able to safely finish school – our employees watch children for extended hours to support working parents who lost access to childcare – and moms and dads are able to search for new jobs on new laptops.’

The shelter plans were first announced in 2017, with Amazon offering free rent and utilities to Mary’s Place.

Amazon founder Jeff Bezos posted pictures of the new space on his Instagram account Thursday and thanked Mary’s Place ‘for their partnership in bringing this creative solution to life. #NoChildSleepsOutside.’

EastEnders, Coronation Street and Emmerdale spoilers LIVE – Kat tells Sharon NOT not to get back with ex Phil Mitchell

Rep. McCarthy believes he can get 15 Dem votes to censure Maxine Waters