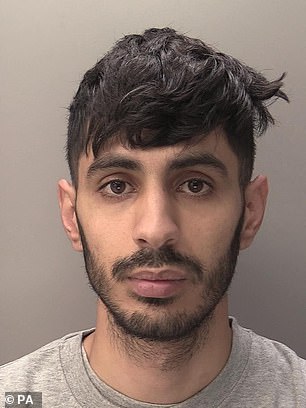 Pictured: Azam Mangori, who was today jailed for life over the murder of Lorraine Cox

The girlfriend of a murder victim has revealed they were planning to have a child together before she was killed by a failed Iraqi asylum seeker.

Azam Mangori targeted Lorraine Cox, 32, as she walked home from a night out and took her back to his flat in Exeter, Devon.

Mangori killed Ms Cox, and attempted to dispose of her body by cutting it up into seven pieces and dumping them in woodland.

He was today jailed for life and told he must serve a minimum of 20 years before he will be considered for parole.

Elise Fallow, 28, said she had plunged into daily despair after losing the love of her life, and that a part of her had now died.

‘I genuinely cannot think of a way that her death has not affected me.

‘I am not the person I was seven months ago. That person died the moment I found out the woman I loved had been murdered.’

The mother-of-one said previous anxiety and depression had returned and she now had symptoms of post-traumatic stress disorder.

Ms Fallow described the week-long hunt for the missing Miss Cox as only ‘prolonging the agony’ she was going through.

‘While the murder of Lorraine is something I will never recover from, the subsequent knowledge that she had been disarticulated haunts my waking and sleeping hours,’ she said. 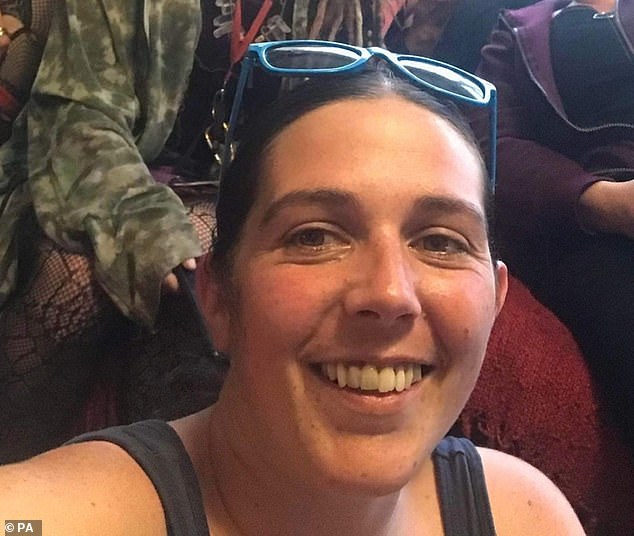 Mangori targeted Lorraine Cox (above), 32, as she walked home from a night out and took her back to his flat in Exeter, Devon 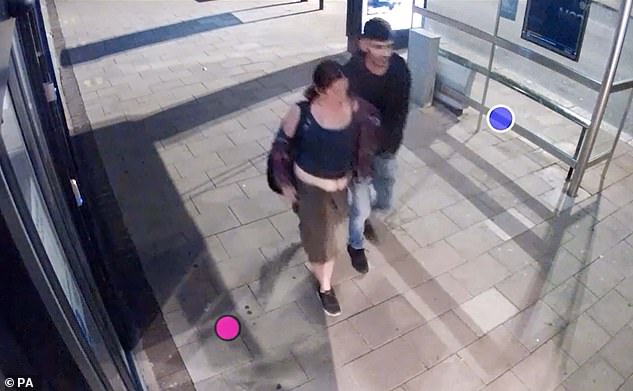 The victim’s partner Elsie Farrow told the court how she and Ms Cox were planning on having a child together ahead of the tragedy. Pictured: Mangori and Ms Cox in Exeter

‘While Lorraine was missing but assumed alive there was still hope. On September 9, all hope was lost.’

She described how she was now the shell of the person she was before Miss Cox’s murder at the hands of Iraqi national Mangori and had become reclusive.

‘Every day I think about things that will never happen again. We will never have another kiss, another cuddle and we’ll never be able to hold hands,’ she said.

‘I will never see her smile or hear her infectious laugh in person.

‘I do not enjoy happiness or comfort anymore. No matter what happens in my life now, nothing will ever bring me back from the brink of despair that I feel each and every day.

‘It is a constant battle to keep my head above water and to find the motivation to do anything productive. I push everyone away and I have become somewhat of a recluse.

‘I could stand here all day and speak of the ways Lorraine’s murder has impacted me, but I am aware there are many ways that have not reared their head at present.

‘I am the shell of the person that Lorraine knew. Although I am still breathing, I am not living.

‘Nothing will stop the pain I feel each day. The love of my life is not by my side.’

Passing sentence, Mr Justice Garnham said Mangori had suffocated Miss Cox with a T-shirt she had been wearing, which was later found in her mouth.

The court heard the defendant had attempted to cover up his crimes by putting the victim’s sim card in his phone and posting on social media to convince loved ones she was alive.

‘Rather than reporting her death to anyone, you kept her decomposing body in your bedroom for the next eight days,’ the judge said.

‘You purchased the necessary equipment from nearby shops and then set about cutting up her body with a view to disposing of it. 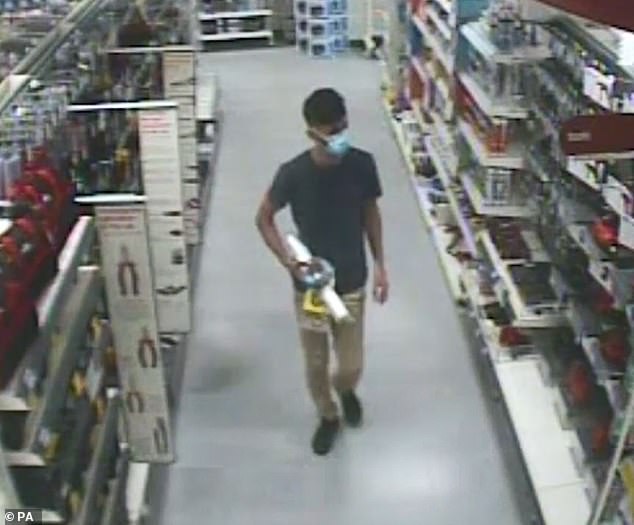 CCTV footage of Azam Mangori, who has been convicted of the murder of Lorraine Cox 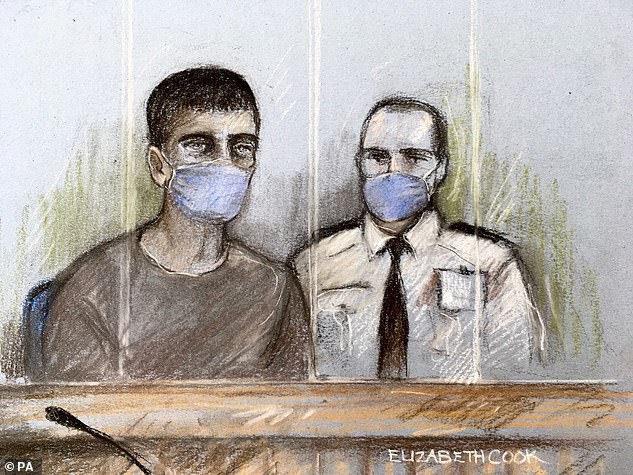 ‘You disarticulated her arms at the shoulder, her upper legs from her pelvis, and her lower legs from the knees.

‘With the exception of her left lower leg and her kneecaps, you wrapped all her limbs in black plastic bin liners and dumped them unceremoniously in the waste bins behind the restaurant in anticipation of them being removed by council refuse collectors.

‘Her lower left leg and kneecaps have never been recovered.

‘Then on September 8, you placed her torso and head in a large plastic holdall and took it by taxi to Tinpit Hill on the outskirts of the city where you buried it beneath bracken and branches.’

He added: ‘Exactly what happened will never be known but something happened in your bedroom which caused you to decide to kill Lorraine Cox. 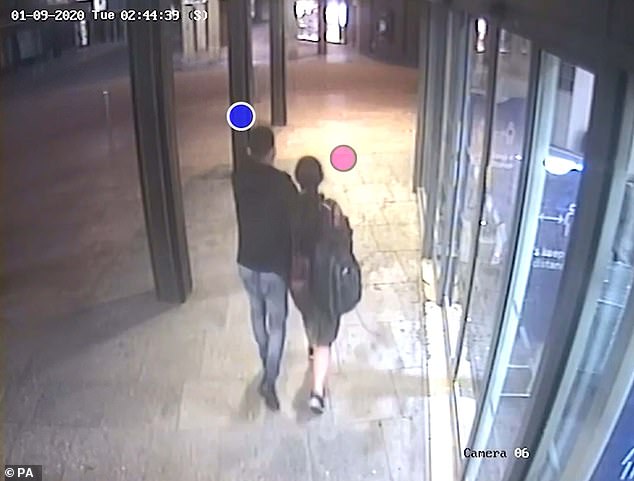 ‘You ended the life of a bright, vivacious and intelligent young woman who had her whole life ahead of her.

‘Your cowardice in failing to report her death only served to compound the loss and hurt.’

The court heard Ms Cox was last seen in September last year while walking home from a night out.

Her family did not know her whereabouts for about a week before Mangori was arrested by detectives.

The trial heard Mangori had a ‘morbid interest in amputation’ and days before and after the murder had looked at images relating to the subject.

He also looked at videos of people with amputations, deformities, and a woman’s leg with cramp.

After the murder he bought items to dispose of her body, including a trowel after viewing a website entitled: ‘How to dig a grave by hand.’

He left her body in his room for several days before wrapping her in clingfilm, bin liners and tape, claiming that she died suddenly after sex in his bedroom after drinking and taking drugs.

Mangori was convicted of murder and had previously admitted a separate charge of preventing Ms Cox’s lawful burial.

No, The Night King Isn’t A Targaryen On ‘Game Of Thrones’ — Here’s The Proof