Home » World News » An old white man walks into a bar. Have you heard this joke?

An old white man walks into a bar. The bar is really low, so it hits his shins. He doesn’t make any effort to step over it, instead he just loudly complains that the bar used to be lower, but it’s not his fault he can’t clear it, and it’s also society’s fault everyone else is easily stepping over it and leaving him behind.

Every few months, like an unfunny running joke, we are forced to listen to an old white famous man take to a public platform to claim that ‘cancel culture’ and the ‘PC Police’ are ruining comedy. This time it came from former Hey Hey It’s Saturday host Daryl Somers. In an interview, Daryl complained it was impossible to see a show like Hey Hey thriving today, as it would likely get axed due to cancel culture. 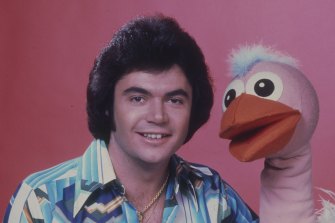 I’m as surprised as anyone to be discussing Hey Hey It’s Saturday in 2021, but there are a few things we need to unpack here.

The first thing to point out is Hey Hey has already been cancelled. Twice. It was cancelled in 1999. It came back in 2009, had a truly awful blackface incident that embarrassed the entire country, and was finally axed for good in 2010. It obviously wasn’t relevant or funny enough 10 or 20 years ago, so yes, Daryl’s right – it also wouldn’t thrive now. Especially when people have the choice to watch literally anything else on a Saturday night.

But Daryl wants to blame this on cancel culture, saying:“You probably could not get away with half the stuff you could on Hey Hey now because of the political correctness and the cancel culture.”

You know what, he’s right again. You couldn’t get away now with a lot of the stuff they did on Hey Hey now, because a lot of the stuff they did was blatantly racist, sexist and boring. The difference is most people think it’s a good thing you can’t “get away with” those kinds of jokes in 2021. It is society as a whole that has decided that watching someone make racist jokes about guests on their show, or sexist jokes about their co-host is just no longer funny. And it’s the audience’s job to decide what they like and what they want to hear. 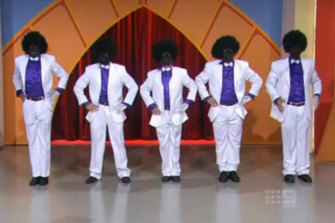 Performers in blackface on an episode of Hey Hey It’s Saturday.

Daryl’s next claim was that:“A lot of comics can’t work much because what would have been just tongue-in-cheek previously now can easily get them into trouble.”

Let’s be explicit here. When he talks about ‘tongue-in-cheek’ jokes, we all know what he is referring to. He is referring to jokes directed at minorities, or women, or other groups whose commonality is they don’t have the power. Funny stuff! If a comic can’t get work in 2021 because they rely on those kinds of jokes, that’s a great thing. They shouldn’t. They do not deserve to get work, and yet they still do! Even these comments were made while Daryl was promoting his hosting spot on the rebooted Dancing with What I Suppose Passes For Stars These Days.

Look at television, radio, open mic nights, the Melbourne International Comedy Festival line-up: there is no shortage of straight white men doing comedy. Yes, there are a lot more non-straight, non-white people also doing comedy now, and that is a great thing. There are only a couple of reasons you would have a problem with adding different voices to the mix, and none of them make you look good. But that doesn’t mean the end of straight white men making jokes. A lot of them are doing it, and doing it successfully. The difference is these men have been smart and funny enough to figure out how to stay relevant. 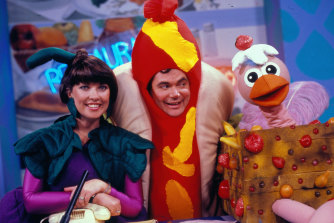 Older people often make fun of younger generations for not wanting to work hard, but nobody wants to work less hard than men like Daryl. They are angry because once upon a time they had to compete with a much smaller pool of talent, they were given opportunities to do what they wanted, and nobody ever told them no. They are furious that to keep having success, they might have to learn, adapt, or change. They simply don’t want to.

They want to roll out the same old stale schtick they’ve been doing for 30 years, they want to say the easy thing for shock value, and they want cheap laughs for doing it. The fact that society has progressed and audiences demand more infuriates them. The fact that people from the very groups they can no longer make fun of are funnier than them, and are finally being allowed to take the stage, is infuriating to them.

It has always been the audience’s job to decide what they like. If you were a doctor in 1998, you had to adapt with the system as it moved forward. You grew as there were updated processes, and you received more education. You can’t use the exact same skills and tools you had in 1998 and complain when patients in 2021 demand to see a different doctor.

Rebecca Shaw is a comedy writer. She has been on the writing teams at Tonightly with Tom Ballard, Get Krack!n, The Weekly, and Hard Quiz. She was deputy editor at SBS Comedy, and was contributing editor at Kill Your Darlings.

Mexico releases report that shows more than 73,000 people are missing

As COVID-normal society reopens, what risk do the unvaccinated pose?

'The Way Back' Trailer: Ben Affleck Finds Redemption on the Court in Sports Drama