Barely a week after Andrew Bogut put his contentious bayside property on the market after years of tussles with the local council, the basketball star has had the last laugh, selling his Beaumaris property for a suburb record.

The local buyer declined to be identified and the sale price was undisclosed, however, the guide price was $11-12 million. 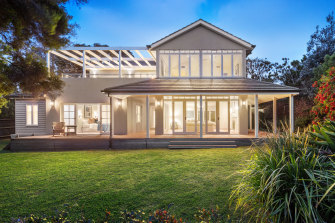 Andrew Bogut has sold his Beaumaris home for a suburb record price.

The basketball star was his usually cutting self and took aim at his local enemies after confirming the sale.

“A big thank you to Bayside Council, Bayside Conservation Society and [Bayside Councillor] Clarke Martin for helping me achieve the result with free promotion,” he told CBD.

He also managed to plug real estate service he is also an ambassador for, which aided in the sale.

“I am very happy with the sale campaign launched by Listing Loop. To sell a property this quickly shows how it is viewed by people who realise how rare it is.”

Bogut bought his first Beaumaris property for $4.7m in 2015, a neighbouring block soon afterwards and made plans to build his forever home across almost 2400sqm, spending a total of just under $8 million. 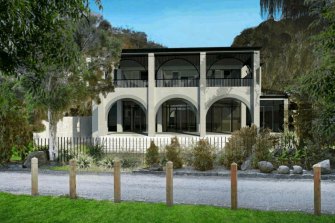 But last week, after years of clashing with the local council over plans for the house, Bogut and wife Jessica put the two-block property on the market.

Bogut’s quest to build his dream family home took years. Two community groups, Beaumaris Modern and the Beaumaris Conservation Society, fought to stop the development, complaining about the height of the fence, the size of the basement and the number of trees that were to be cut down.

In March, all five councillors on the Bayside Council’s planning committee voted against giving the development a permit, against the advice of council planning officers who approved it.

But in October, Victoria’s Civil and Administrative Tribunal overruled the council and approved the proposal for the four-bedroom mansion with a swimming pool, gym, sauna, massage room, roof terrace and, of course, half-size basketball court.

It attached conditions on the redevelopment such as changing the colour of the tiles from white to light grey.

The new owner’s plans for the property are unknown. 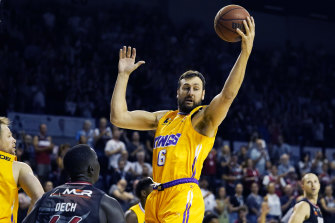 The local buyer is described as having a “vested interest in the ‘Golden Mile’ of Melbourne’s prestigious Bayside suburb” and came to an agreement late Sunday evening.

Agent Eleisha Doherty from Kay & Burton Bayside, said she was overwhelmed by the level of interest in 401 Beach Road.

Kate Garraway mocked by Ben Shephard as she suffers outfit mishap: I had an accident!’

Khloe Kardashian Just Went Into Labor! (On TV, That Is!)