‘Dear Andy, Your gran is so disappointed’: Judy Murray jokes that her tennis son star has upset his grandmother, 84, by picking Serena Williams for Wimbledon mixed doubles instead of her

Andy Murray’s grandmother is ‘disappointed’ not to be pairing up with him in the mixed doubles competition at Wimbledon this year, according to his mother.

The British star stunned fans yesterday after announcing his decision to team up with tennis superstar Serena Williams at SW19.

But last month, as speculation swirled about who he might partner with, his mother Judy shared a touching video of his grandmother Shirley Erskine, 84, offering her help. 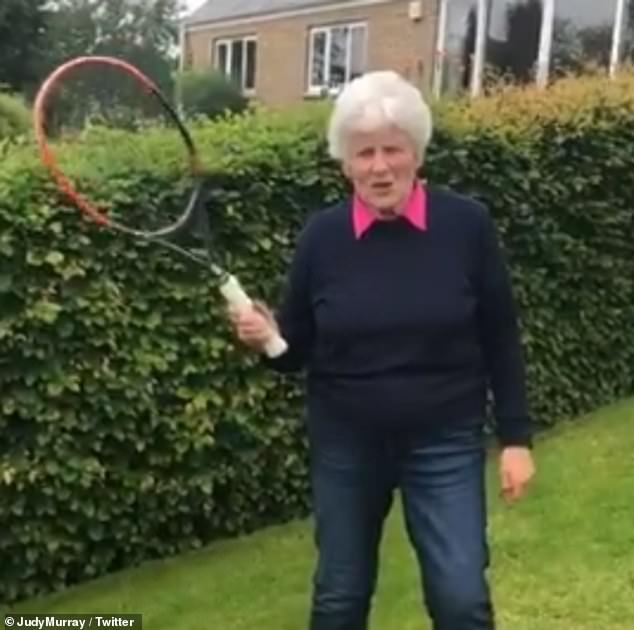 In a touching video, Andy Murray’s grandmother Shirley Erskine, 84, offered him her help as his doubles partner 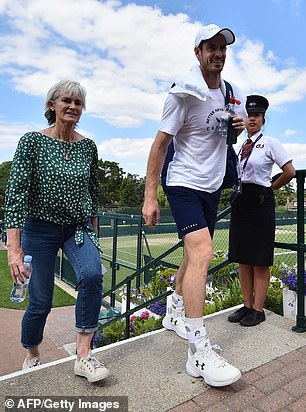 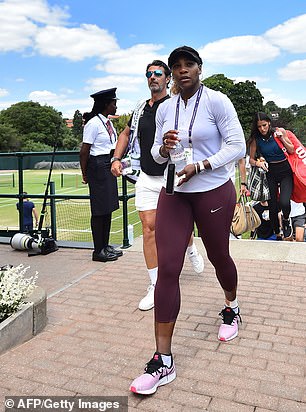 In the short clip posted on Twitter, Mrs Erskine, posing with a tennis racket, said: ‘Right Andy, if you’re still looking for a mixed doubles partner you’ve got absolutely the right one here, no problem.’

Judy Murray said in the tweet: ‘Dear Andy, another mixed doubles offer for u + one that will difficult to turn down.

‘She won’t be able to hear a word u say + speed off the mark will be non existent but she will bring shortbread for changeovers + promises to watch her trams.’

But in another tweet posted on Tuesday, she joked: ‘Dear Andy, Your gran is so disappointed. But she concedes that Serena may just have the edge on her. Love from Mum x.’

Comedian and actress Miranda Hart also responded to claims that her name had been in consideration as Murray’s partner. 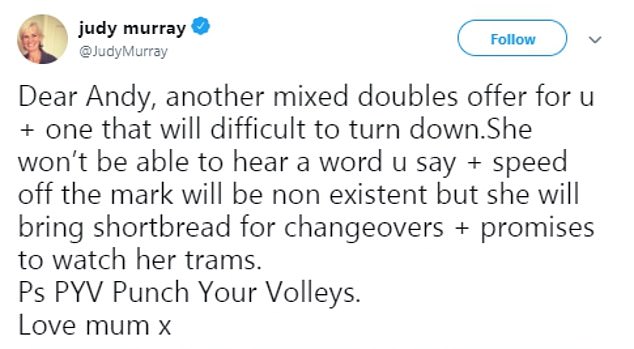 She tweeted: ‘Andy must have really wrestled with the decision between gran, me (the two leading contenders) and then Serena Williams comes in to the mix. VERY difficult decision….’

Despite her disappointment, Ms Erskine will be sure to tune in and watch his first appearance with Williams on court.

Speaking at Wimbledon on Wednesday, Ms Murray said: ‘A week or so ago he had said to her, ”Gran you need to dust off your wooden rackets out the garage, I need a mixed doubles partner”, so of course she goes out in the garden and we filmed the little fun clip and it was just priceless.

‘She will be absolutely glued to the telly watching that.’

Here’s Exactly How Netflix Brought Back The Rom-Com