BREAKING: Angela Merkel’s centre-right party elects Armin Laschet as new leader to replace her ahead of national elections in September

German Chancellor Angela Merkel’s centre-right party has elected a new leader to take over ahead of the national elections in September.

Armin Laschet, the pragmatic governor of North Rhine-Westphalia, was announced the winner at a virtual conference hosted by the Christian Democratic Union party on Saturday in Berlin.

The 59-year-old is a fervent Merkel loyalist and is seen as the continuity candidate ahead of the election which will see Germans deciding on their first new chancellor in 15 years.

Merkel, 66, the longest serving head of government in the EU, was first elected chancellor in 2005 and announced two years ago that she would be stepping down at the end of her term. 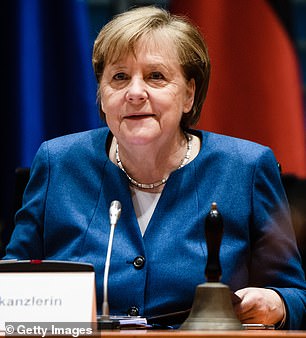 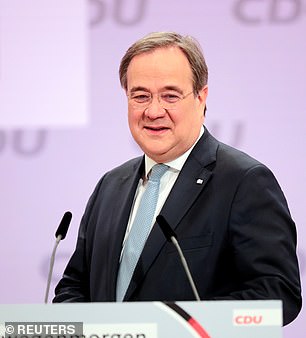 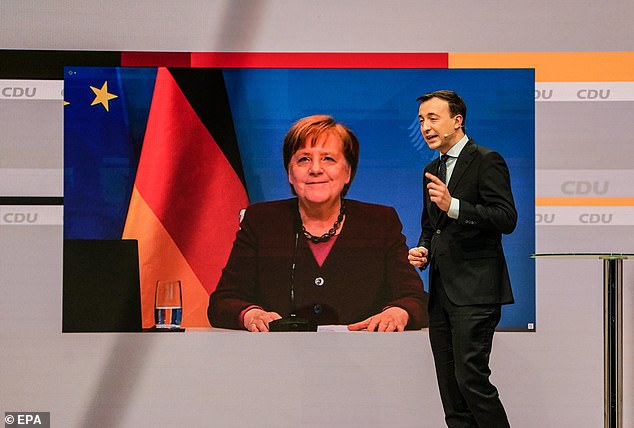 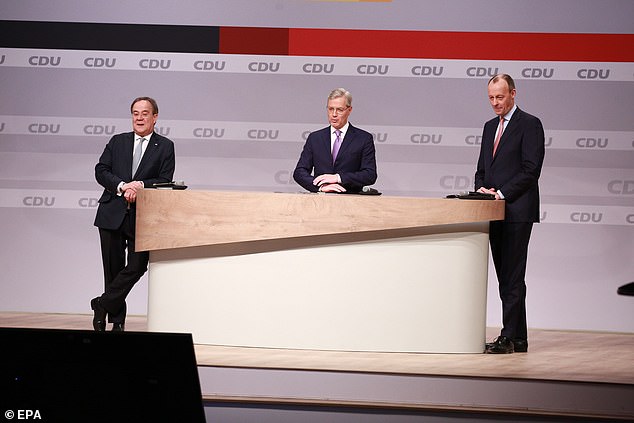 She was attending today’s conference via video call as Laschet defeated Friedrich Merz, a conservative and one-time Merkel rival, by 521 votes to 466.

The decision ends an 11-month leadership limbo in Germany’s strongest party after outgoing leader Annegret Kramp-Karrenbauer, who had failed to impose her authority on the party, announced her resignation.

A vote on her successor was delayed twice because of the coronavirus pandemic.

There had been no clear favourite going into Saturday’s convention, but the election of Merz would have marked at least a symbolic break with the Merkel era.

Laschet will now have to work to strengthen party unity – something Kramp-Karrenbauer struggled with.

Laschet, 59, was elected in 2017 as governor of North Rhine-Westphalia state, a traditionally center-left stronghold.

He governs the region in a coalition with the pro-business Free Democrats, the CDU’s traditional ally on the right, but would likely be able to work smoothly with a more liberal partner, too.

Laschet pointed Saturday to the value of continuity and moderation.

‘We must speak clearly but not polarize,’ he told delegates. ‘We must be able to integrate, hold society together.’

He said that ‘we will only win if we remain strong in the middle of society.’ 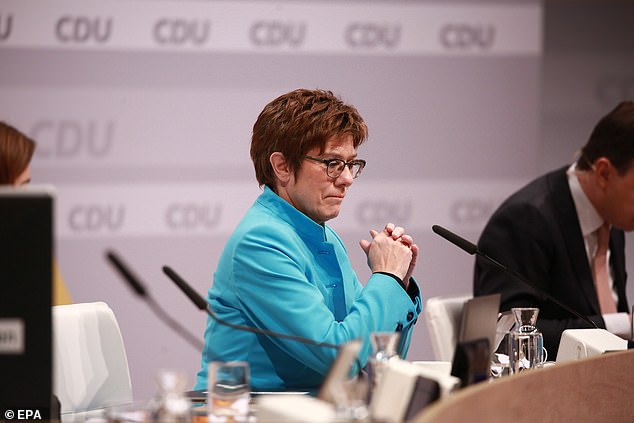 Laschet said that ‘there are many people who find Angela Merkel good and only after that the CDU. He added that ‘we need this trust now as a party’ and that ‘we must work for this trust.’

Saturday’s result will now be officially endorsed in a postal ballot – which is expected to be a formality but is required by German law.

The CDU is part of the Union bloc along with the Bavaria-only Christian Social Union, and the two parties will decide together on the center-right candidate for chancellor. The Union currently has a healthy poll lead, helped by positive reviews of Merkel’s handling of the pandemic.

CSU leader Markus Soeder, the governor of Bavaria, is widely considered a potential candidate after gaining in political stature during the pandemic. Some also consider Health Minister Jens Spahn, who supported Laschet and was running to be his deputy, a possible contender.

How old is Naomi Campbell, what's her net worth, is she dating Skepta and is Richard Blackwood her brother?

Scorpio weekly horoscope: What your star sign has in store for January 3 to 9

How Much Does An Abortion Cost? It Depends On Your State & Insurance