The Dolmen of Guadalperal, also known as the treasure of Guadalperal and as the Spanish Stonehenge – was discovered in 1926, during a research and excavation campaign led by the German archaeologist Hugo Obermaier between 1925 and 1927. Historians have tried to decipher exactly why and how it came to existence. It has been stated that it could be a solar temple – and has also been used as a burial enclave.

There have also been a wealth of Roman artefacts and remains found at the site located in Eastern Spain.

These included a coin, ceramic fragments and a grinding stone – indicating that at that time it was safely preserved from looting.

Eleven axes, ceramics, flint knives and a copper punch were found in a nearby dump.

A settlement was also discovered, dating to the time of construction, which presumably housed the builders. Obermaier discovered houses, charcoal and ash stains, pottery, mills, and stones to sharpen axes. 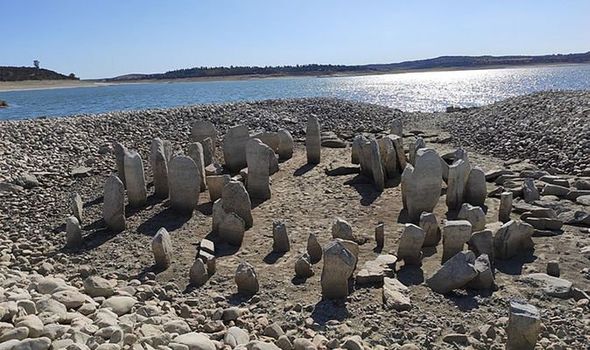 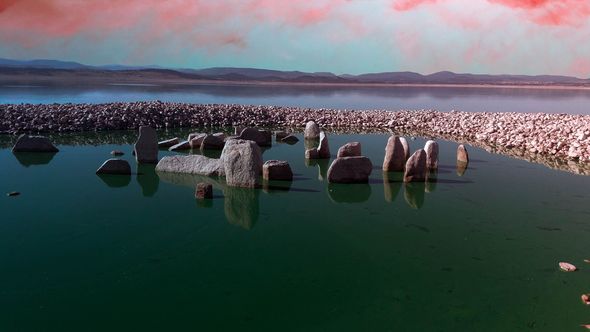 In 1963, construction of the Valdecanas reservoir inundated the monument; it is only visible when the water is low, but drought conditions in the last decade have exposed the monument in several summers.

However this has also caused damage to the find.

The structure was seen fully for the first time in 50 years in July 2019, when a NASA satellite photograph during a drought revealed its 150 stones. 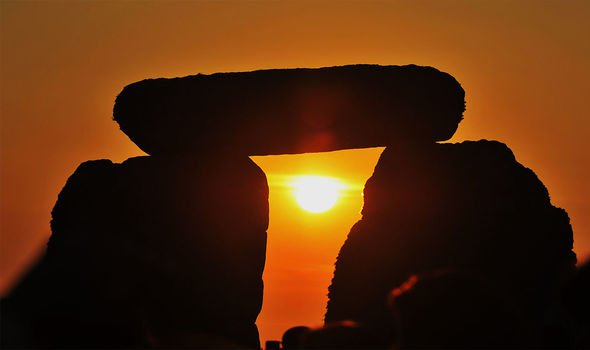 The Dolem de Guadalperal consists of about 100 monolithic stones, some reaching as tall as six feet, and is 7,000 years old.

“They seemed to have a religious but also economic purpose, being at one of the few points of the river where it was possible to cross, so it was a sort of trading hub.”

The original Stonehenge in Wiltshire is set within earthworks in the middle of the most dense complex of Neolithic and Bronze Age monuments in England. 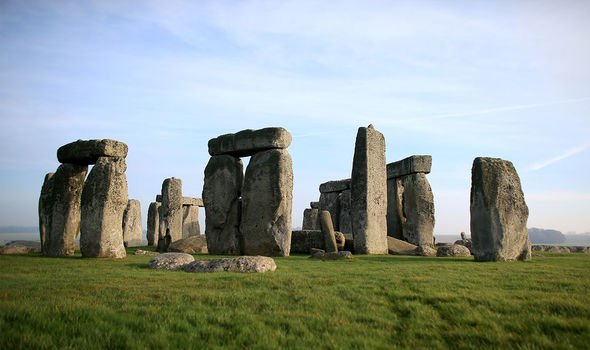 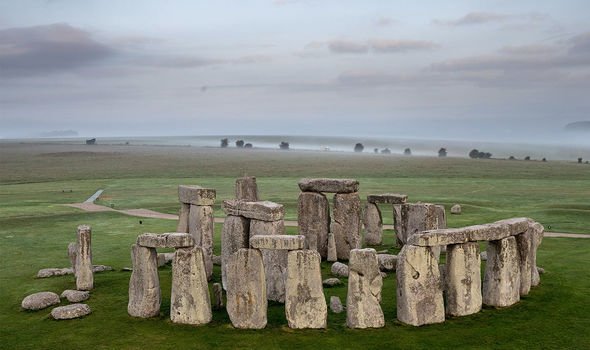 Historians estimate that the cluster of rocks was constructed at any time from 3000 BC to 2000 BC.

It is one of the most famous landmarks in the UK and has become a symbol of British culture and history.

Since 1882 it has been labelled a legally protected Scheduled Ancient Monument, and was also added to UNCESCO’S list of World Heritage Sites in 1986.

Stonehenge could have been a burial ground from its earliest beginnings.

Deposits containing human bone date from as early as 3000 BC, when the ditch and bank were first dug, and continued for at least another 500 years.