ARMED cops swarmed on Hyde Park this evening as three men were stabbed and four arrested over a "violent disorder".

It comes after thousands of sunseekers flocked to the London park as temperatures rose. 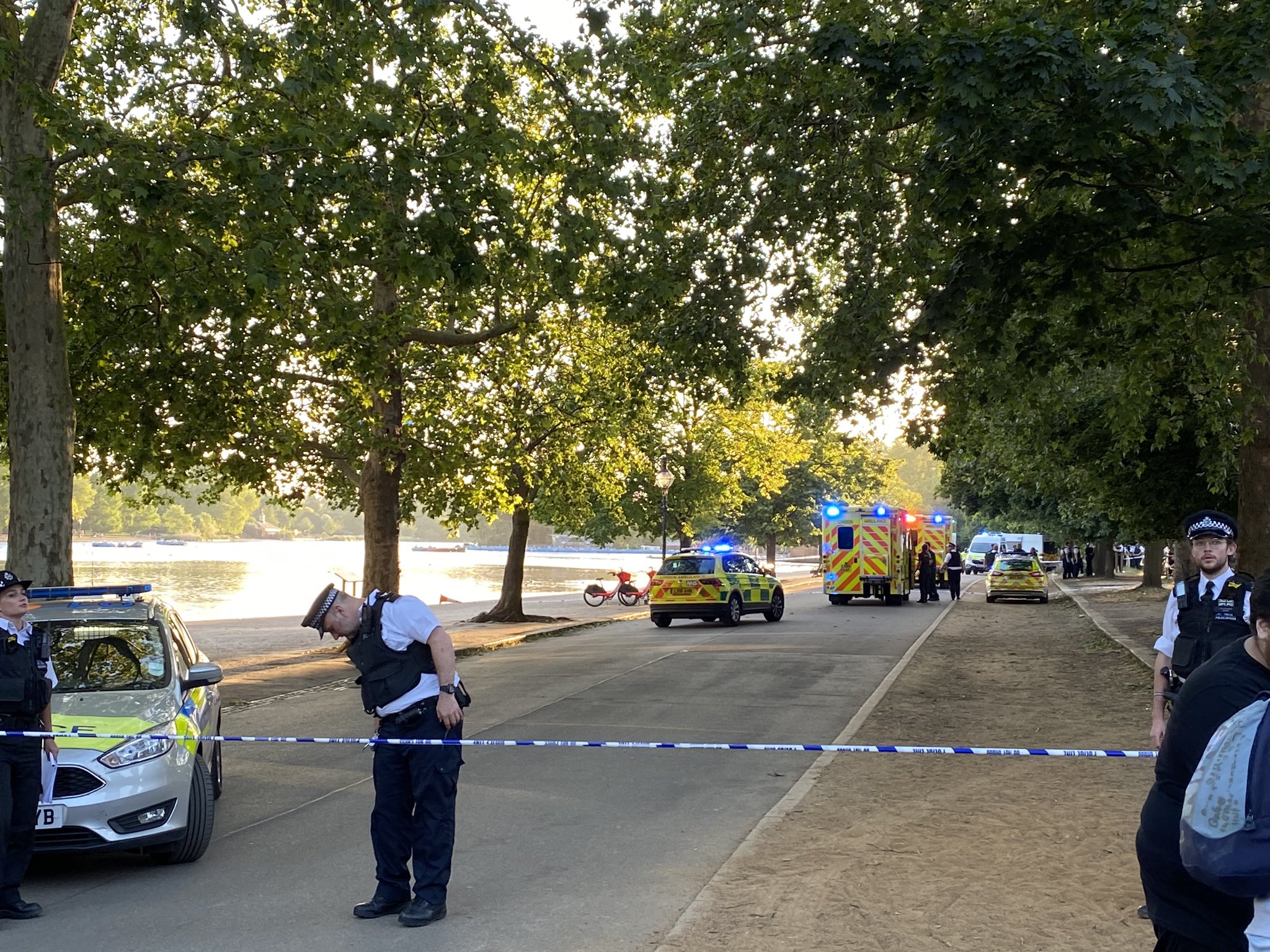 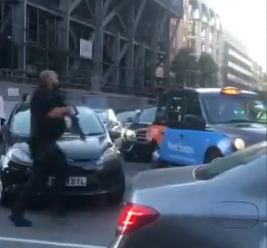 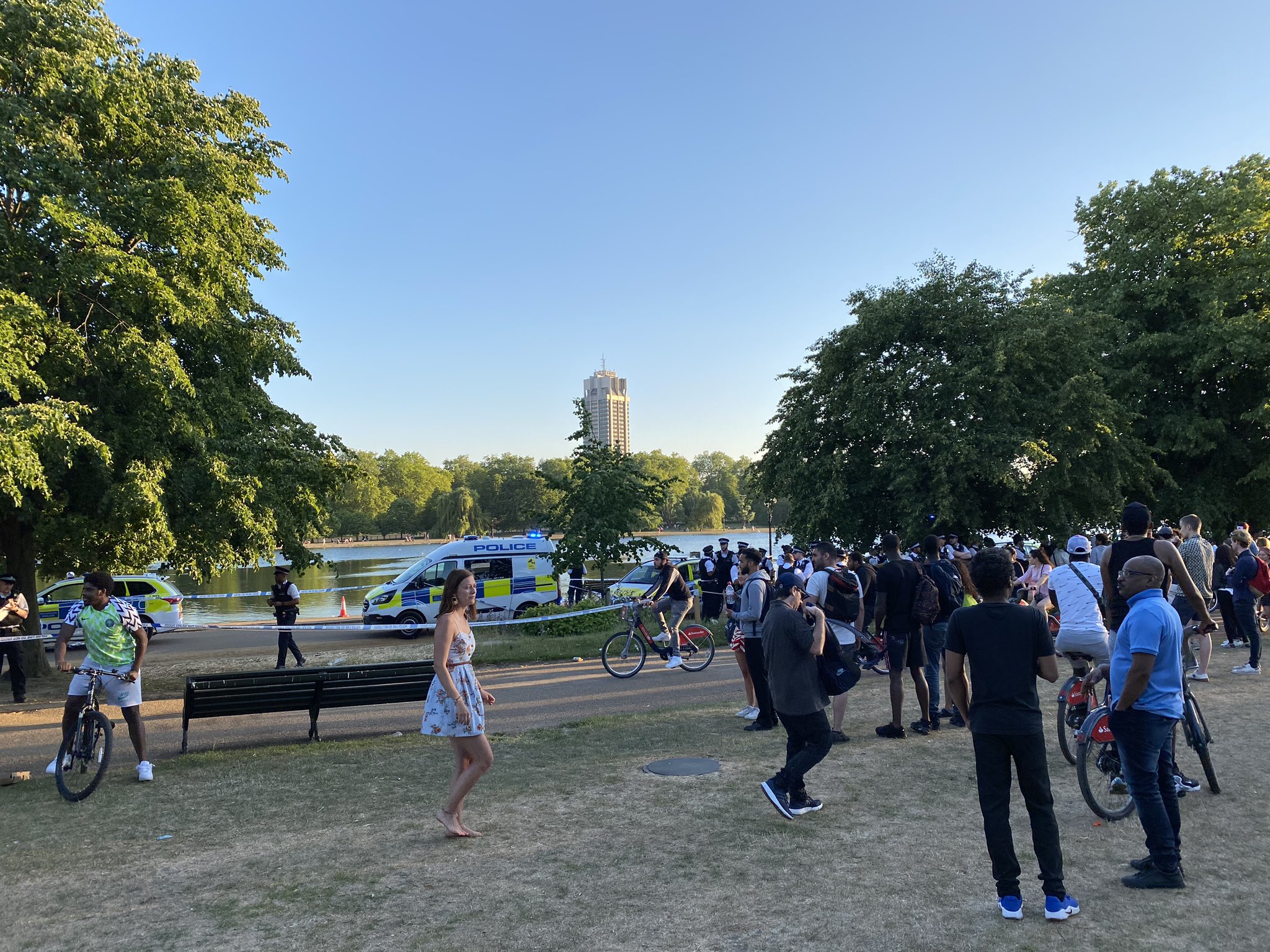 Three men were stabbed and rushed to hospital, but aren't thought to have suffered serious injuries.

Witnesses saw police rushing to detain the men as they enjoyed picnics and sunbathed.

Armed officers were seen running through traffic near the Marble Arch entrance of the park.

One eyewitness wrote on Twitter: “What is happening right now today in London at Hyde Park and at Marble Arch?"

A Metropolitan Police spokesperson said: "Police were called to Hyde Park at 19:28hrs on Saturday, 30 May to a report of disorder near the Serpentine.

"Officers and London Ambulance Service attended and three men were suffering injuries and were taken to hospital for treatment. They are not in a life-threatening or changing conditions.

"Four men have been arrested for violent disorder, they remain in police custody.

"Officers remain at the scene."

Any witnesses to the incident, or anyone with video footage, should call police on 101 quoting CAD 7233.

It comes as people protesting the coronavirus lockdown descended on Hyde Park this afternoon, with cops called to police the demonstration.

Some members were arrested and escorted away by officers. 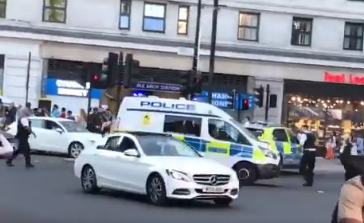 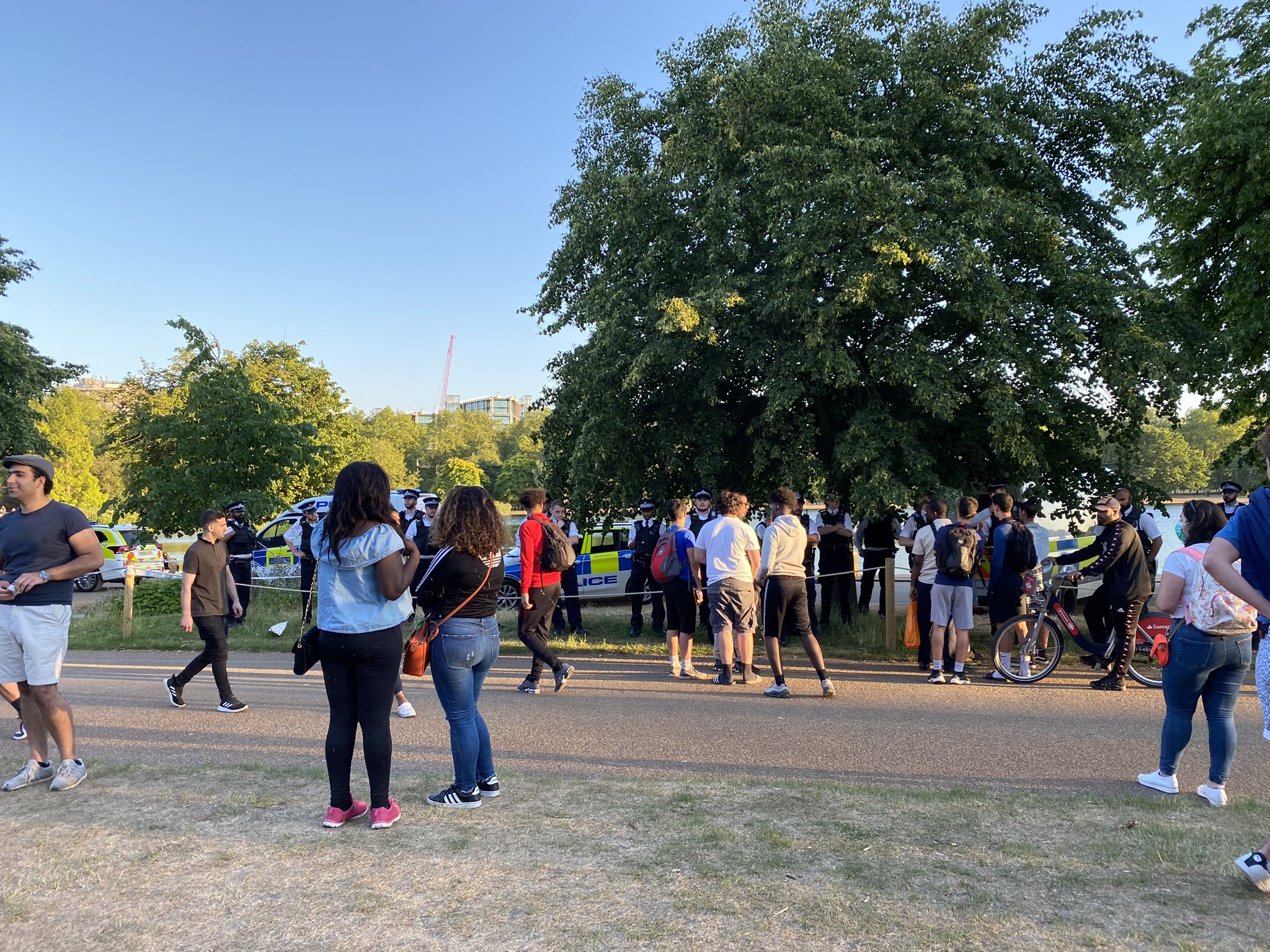 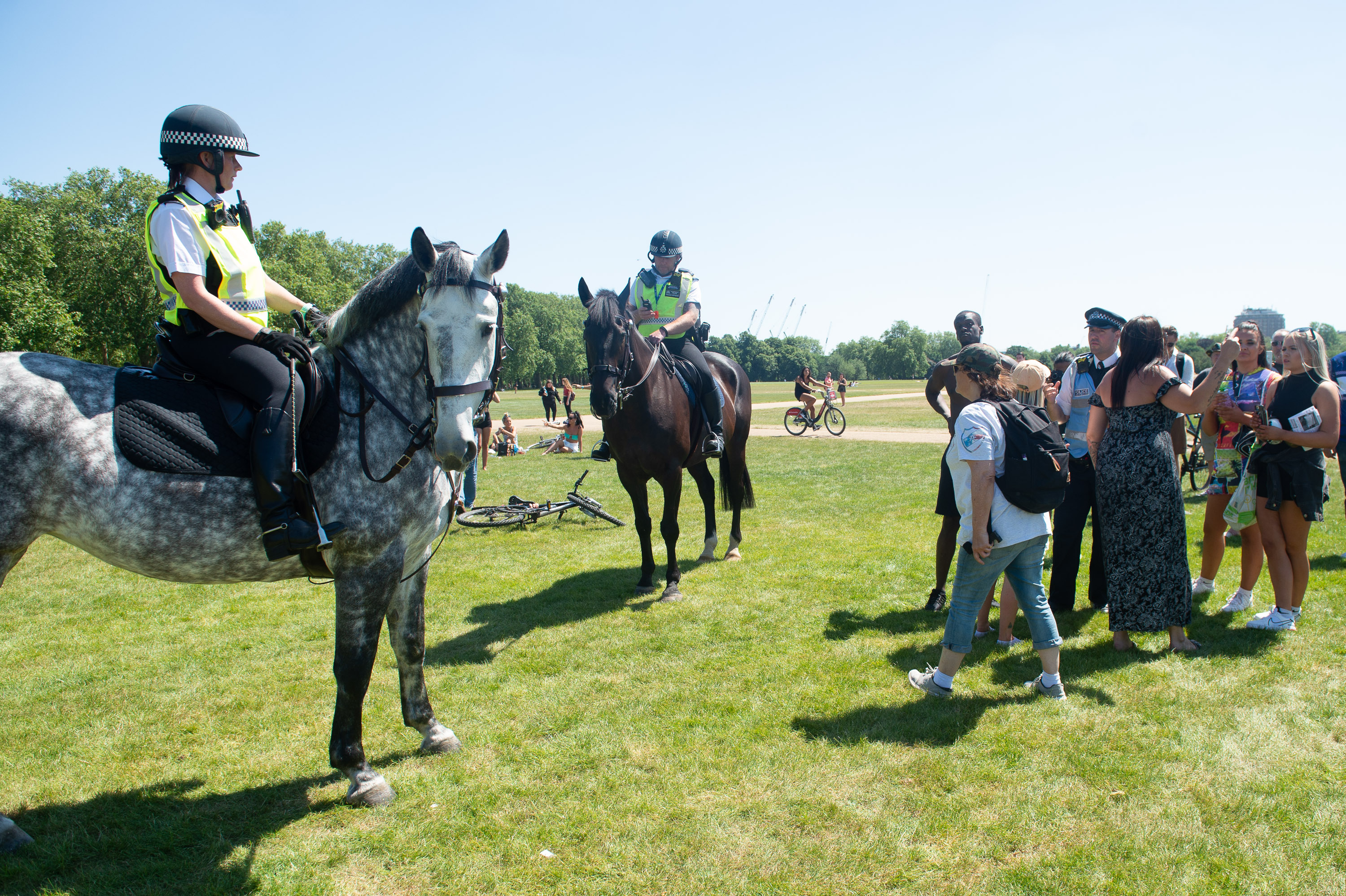