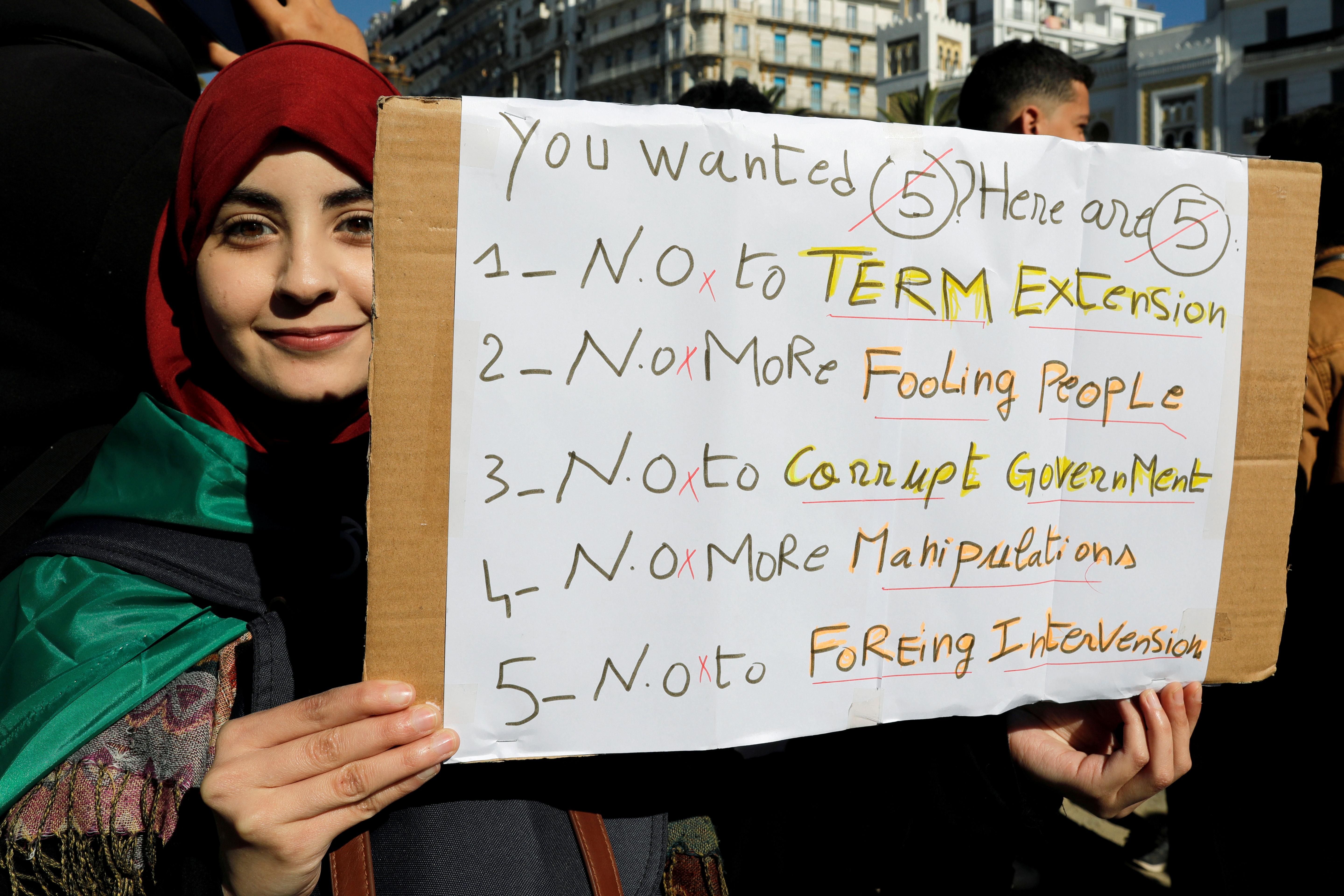 Gaed Salah is also the armed forces chief of staff.

Ailing President Abdelaziz Bouteflika has abandoned his bid for a fifth term in power but stopped short of stepping down, raising suspicions on the street that he is buying time.

His initiative after three weeks of mass demonstrations against his rule has not defused anger on the streets, and school teachers began a strike in several cities on Wednesday to keep up pressure on the 82-year-old head of state.

Bouteflika has also delayed elections and promised to hold a conference on Algeria’s political future.

Tens of thousands of people from all social classes have demonstrated almost daily against a political system dominated for nearly 60 years by the military and veterans of the 1954-62 independence war against France.

Bouteflika has ruled for 20 years but has rarely been seen in public since suffering a stroke in 2013.

The sad, funny & bonkers reasons people have been dumped – including one lad who tried to chat up ALL his exes at once

Here’s Your Love Horoscope For The Weekend

Obese mother who was caught PHOTOSHOPPING herself has lost 100lbs