Figures showed a fifth of stations in London and the South East remained empty.

But there were signs the pressure was beginning to ease — as Esso, BP and Shell lifted their £30 cap on fuel.

EG Group, which runs 340 forecourts, said “customer purchasing behaviour” had “returned to normal levels in the majority of locations”.

Around 200 soldiers were deployed yesterday — half of them drivers — as part of Operation Escalin.

But the Petrol Retailers Association warned it could take up to ten days for the disruption to end.

Chairman Brian Madderson added that prices could rise by as much as 3p per litre this week after crude oil shot up three per cent to $81 a barrel — a seven-year high.

The Prime Minister’s spokesman said: “Fuel stocks are increasing and more fuel is being delivered than is used.” 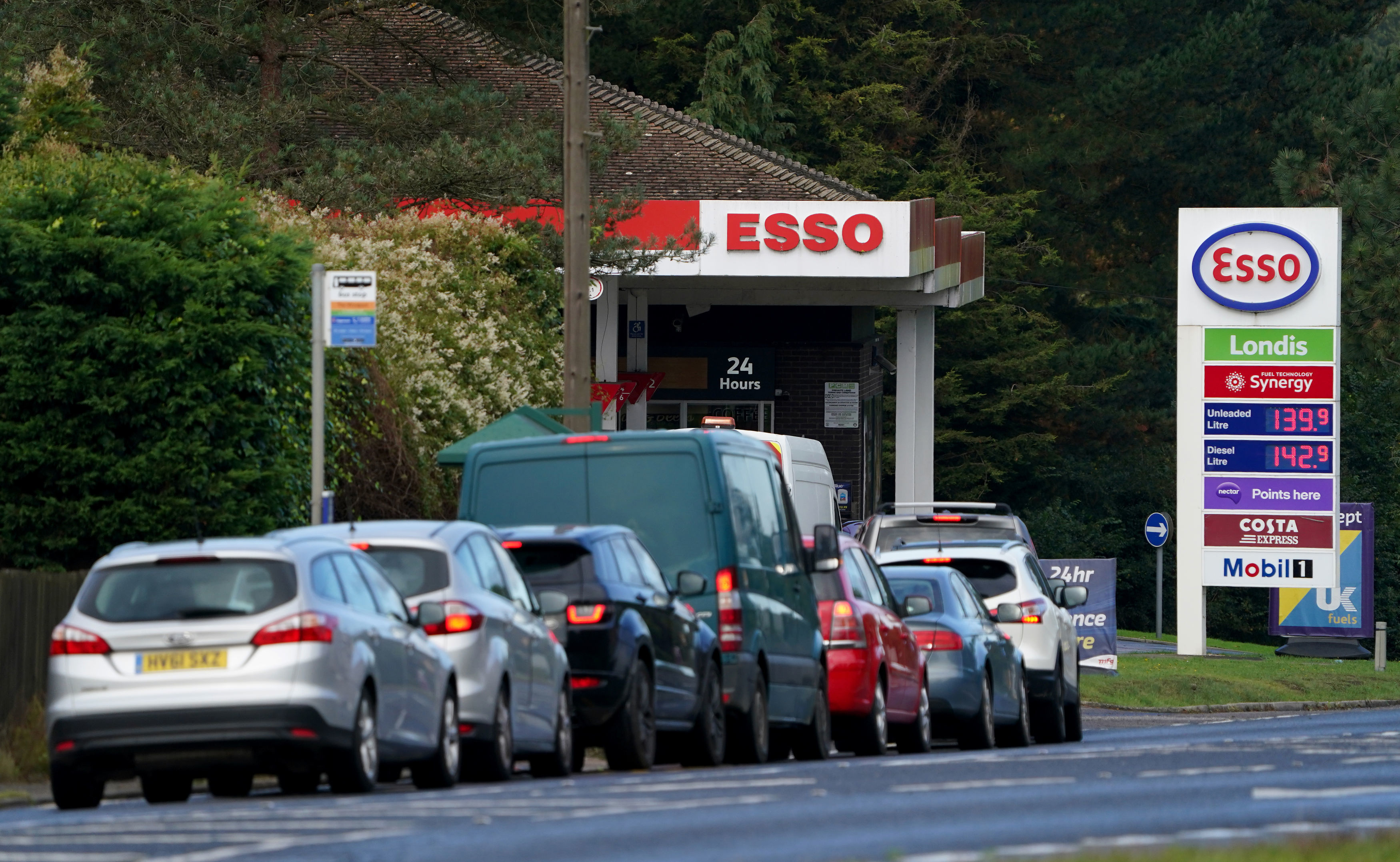