Auckland: A border worker, who works at Auckland Airport, has returned a positive test result for COVID-19.

The usual protocol of isolating the case, interviewing them, and tracing their contacts and movements is underway, the Ministry of Health said on Tuesday. 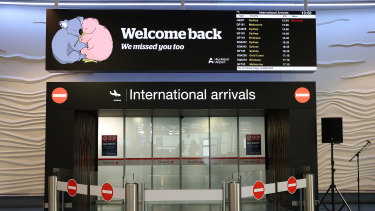 It comes after the first quarantine-free flights from Australia arrived in the country on Monday, with the opening of the trans-Tasman bubble.

The Ministry said more information about the border case will be provided later on Tuesday.

It is not yet clear what the person’s role is at the airport, whether they work in the domestic or international terminals, or whether they were at work on Monday with the opening of the trans-Tasman bubble.

Auckland Airport split its international terminal in two ahead of the bubble opening, to keep arrivals heading into managed isolation or quarantine (MIQ) separate from those on quarantine-free flights from Australia, the Cook Islands and Niue.

Meanwhile, there was one new case in managed isolation in New Zealand reported on Tuesday – a historical case. The case of the border worker is not being counted in today’s total, the Ministry said.

The historical case is a recent returnee from Somalia, via the United Arab Emirates, who is considered recovered after arriving in New Zealand on March 28.

The seven-day rolling average of new cases detected at the border is two.

As of Tuesday, there were 86 active cases of COVID-19 in the country, as 17 cases have recovered since the last update.

‘This Is Us’ Season 3 Books Jane Kaczmarek for Guest Spot

Who is tidying expert Marie Kondo? What is the KonMari method? What are the best cleaning hacks featured in her book The Life-Changing Magic of Tidying?