Australian Nobel laureate scientist Brian Schmidt has told a summit of global leaders that Australia is duty bound to take a lead on climate action and called for an international effort to combat an anti-science agenda and climate change denial.

“For Australia, which is such a large per capita contributor to global emissions and which has
such abundance of natural renewable resources, the answer lies in scaling up clean energy
generation ASAP,” Professor Schmidt, vice-chancellor of the Australian National University, said in a speech on Friday night. 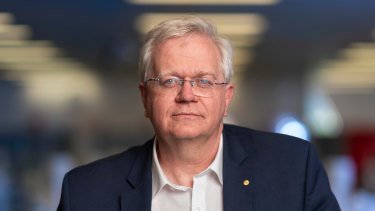 “This is an urgent moral obligation which Australia must not shirk.”

Professor Schmidt, who won the Nobel prize for physics in 2011, made his comments to the Climate Adaptation Summit, hosted by the Netherlands but being conducted online.

Professor Schmidt said the coronavirus pandemic had reinforced the importance of science in policy making, and he was hopeful this trend would help drive greater efforts to curb climate change.

“The purveyors of doubt have tried to devalue these powerful weapons in the fight against climate change. We can’t let them succeed,” he said. “Things, though, are starting to swing back. Medical science has brilliantly come to the rescue in the gravest crisis the people of the world have faced for generations.”

Australia trails China, Japan, Britain, South Korea and now the US, which have net zero emissions targets for 2050 or 2060.

The Climate Adaptation Summit is an international collaboration to build momentum ahead of the UN’s major climate summit in November. It aims to form an international agenda for adaptation and resilience in tackling the effects of climate change, such as increasing extreme weather.

Last December Mr Johnson convened another summit as a prelude to November’s major event. Australia was not invited to speak after a diplomatic push among attending countries resolved to reserve places for countries making “ambitious” new commitments including pledges from developed countries to reach net zero emissions by 2050.

Mr Morrison planned to use his speech to announce Australia had abandoned its internationally controversial plan to use credits earned under the Kyoto treaty to achieve its emissions reduction targets under the Paris Agreement.

The Morrison government has said it can meet its Paris commitment by reaching net zero emissions some time in the second half of this century, but it has not set a more ambitious deadline.

Indian and Chinese soldiers in brawl at disputed border