One of Scott Morrison’s backbenchers says the international border should stay closed because foreign immigrants are bad for Australians’ wages.

Queensland LNP Senator Gerard Rennick also used a live television appearance to say he would “sit back and watch and see” how the vaccine rollout goes, directly undermining federal government pleas for the population to get their COVID-19 jabs. 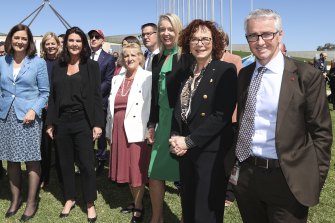 The government is battling a rise in vaccine hesitancy with just 3.69 million vaccine doses administered to date, well short of the government’s pledge of 4 million jabs by the end of March.

More than half of American adults are vaccinated against COVID-19

In overseas news more than half of all adults in the United States have been fully vaccinated against COVID-19, according to the White House.

President Joe Biden previously said he wanted 70 per cent of the American population jabbed at least once by July 4. 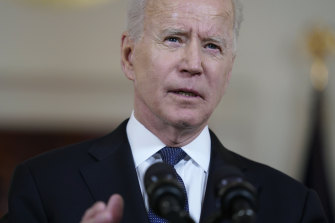 President Joe Biden wants 70 per cent of the US population to have had at least one coronavirus vaccine by July.Credit:AP

The country’s new coronavirus infections appear to be on the decline, with the US Centres for Disease Control and Prevention recording a 25 per cent drop in cases this week compared to last.

Good morning and thanks for reading our live coverage. It’s Wednesday, May 26. I’m Broede Carmody and I’ll be bringing you some of the biggest national stories as they unfold.

It’s set to be a busy day, with Melbourne waking up to new coronavirus restrictions due to a growing outbreak. We’ll have a standalone blog on that very topic later this morning and it will be free for all readers.

In the meantime, here’s what you might have missed overnight:

The Seiko 5 Gets the Street Fighter Treatment