Seven of the 13 Australian women hauled off a Qatar Airways flight last year and forced to undergo invasive examinations at Doha airport are threatening legal action after more than a year of being ignored by the wealthy gulf state.

Despite attempts to mediate with Qatari authorities, the women have been met with silence and were told in a response from Qatar Airways lawyers that the case against the award-winning airline has “no merit”. 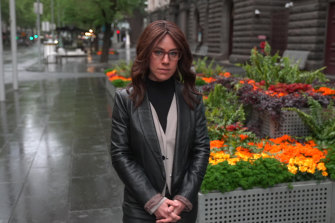 Sophie* was one of 13 women hauled off a Qatar Airways flight and examined after an abandoned baby was found at the airport. She is one of a number of women who are speaking out over the incident.Credit:60 Minutes

Speaking exclusively with 60 Minutes, The Age and The Sydney Morning Herald, the women said they were yet to receive a formal apology from Qatari authorities and were also angry at the Australian government for what they believe is a lack of advocacy and action.

The saga began on October 2, 2020, when Qatari authorities grounded planes at Hamad International Airport in Doha after a baby was found abandoned in a bathroom. Armed guards then boarded planes and ordered all women of child-bearing age into ambulances for physical examinations to determine if they had recently given birth. None of the victims gave their consent.

When quizzed about the federal government’s response at a press conference in Melbourne on Friday, Prime Minister Scott Morrison said he was “very pleased” with the representations his government had made on the matter.

“That was an awful experience for these women … There was an investigation, there has been a conviction, and there’s been a significant change to airport processes in Qatar,” he said.

‘Why am I having to remove my pants? So I pulled them down and she goes, “We need to remove your underwear” … I was in shock.’

Federal government sources, who cannot be named because they are not authorised to speak publicly, said the details were contained in a high-level “confidential report” from the Qatari government.

But the women said they had had no communication from the Australian government about changes in Qatar and no details of the confidential report had been shared with them. A letter they sent to Qatar’s embassy in August seeking dialogue had received no response.

Marque Lawyers partner Damian Sturzaker, who is acting for seven of the women, said they were “being ignored”.

“Sometimes you need to deploy a legal remedy in circumstances where either moral, or in fact even political or diplomatic pressure was getting nowhere,” he said. 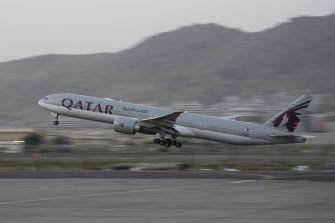 A Qatar airlines flight involved in the evacuation of westerners from Kabul in September.Credit:AP

Mr Sturzaker has written to state-owned Qatar Airways, the Qatar Embassy in Canberra and Qatar Civil Aviation Authority, accusing them of assault, battery and deprivation of the women’s liberty.

“The sort of conduct that occurred here was in breach of many international covenants and obviously in breach of human rights … What we’ll be doing is bringing proceedings here in Australia against Qatar Airways for their breach of duty of care and against the Qatar government given it controls the airport, for the way in which they treated the women. And in those circumstances, we’ll be seeking compensation for each of the women.”

“One can see that it was a massive overreaction to the circumstances that the airport authorities found themselves in. One can’t imagine that sort of thing occurring, say at Mascot or Tullamarine.”

Among the women marched off QA 908 bound for Sydney was Anna* who was flying back home with her five-month-old son. Despite clutching her own baby, she was not spared the ordeal. Speaking publicly for the first time, she said: “It was the scariest moment of my life.” 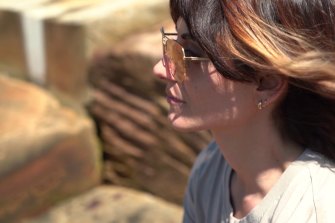 Anna*. one of the Australian women taken from a Qatar flight in Doha last year and searched.Credit:60 Minutes

“[The nurse] said ‘I need you to lay down on the bed’ … and she grabbed my pants and my underwear and she stripped them. And for a second I just think my head was about to explode.

Sophie*, who was travelling alone, says she was ordered to carry her passport and leave the plane, then marched into a lift by armed guards. Fearing for her life, she demanded another of the women enter the ambulance with her so the two could at least be each other’s witnesses.

“I felt full of rage leaving the ambulance that I didn’t have a stronger voice, that I allowed that to take place, that maybe I didn’t protest enough. I felt pretty powerless against what had happened.”

Victorian nurse Jane* was the first to speak out last year, detailing the harrowing internal inspection she endured against her will.

“I remember thinking, ‘This is bizarre. Why am I having to remove my pants?’ So I pulled them down and she goes, ‘We need to remove your underwear.’ And I said, ‘I don’t feel comfortable with removing my underwear,’ and I was physically holding them up … I was in shock at that stage … I remember laying there thinking, ‘This isn’t right. This is not how this should be happening. This isn’t how this should be done.’ ”

At the time, Qatar’s Prime Minister, Khalid bin Khalifa bin Abdulaziz Al Thani, tweeted an apology saying: “We regret the unacceptable treatment of the female passengers at HIA … What took place does not reflect Qatar’s laws or values.” Qatar will host the FIFA World Cup in 2022.

One year on, the trauma has not subsided. And the silence since has angered the women, who say they will not sit back while the incident is swept under the rug.

“This is an airline that wins all the awards for customer experience and service and you know all these accolades. I thought they would know better,” says Anna*. “We haven’t heard from them, not a single word. Not a letter, not an email, not a message, not a phone call. Not a single apology. Nothing.”

In its response to the women’s letter of legal demand, Qatar Airways said: “Your request that Qatar Airways engages in dialogue and/or mediation regarding the matters raised in the letter is respectfully declined on the basis that a claim against Qatar Airways has no merit.”

The scandal made headlines around the world, shocking even vocal critics of Qatar. London-based Rothna Begum, of Human Rights Watch, has long called out the gulf state for its mistreatment of women. 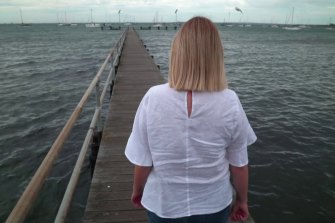 Jane* was also taken from the flight at Doha airport.Credit:60 Minutes

“It is absolutely disgraceful that the Qatari authorities were in a position to just randomly take women off a plane and force them to be subject to an invasive gynaecological exam without getting informed consent, without any information about what was going on.”

“These women have taken the brave decision to say, ‘we’re not going to stand by and allow this to have happened and let you get away with it. We want to see this end’.”

Last month, the one police officer charged with carrying out the operation lost his appeal in a Qatari court. His punishment was the maximum fine, about $A3500, and a six-month suspended sentence. For the women, it’s not enough.

Mr Sturzaker will commence proceedings in the NSW Supreme Court this month, seeking compensation for the group on the basis the Qatari parties breached their duty of care, caused deliberate harm and breached the Montreal convention, which recognises air carrier liability.

“We want a reasonable outcome for them, and for positive steps to be taken to guarantee the safety of women and generally, people travelling through Doha.

“Qatar is a signatory to the International Covenant on Civil and Political Rights. The ICCPR guarantees fundamental human rights, including liberty and security of a person under article 9, and protects against arbitrary or unlawful interference with a person’s privacy under article 17. Articles 9 and 17 were undoubtedly breached during the incident at Hamad International Airport on 2 October 2020.”

The women have set up a Go fund me page to fund a legal action.

*Names have been changed at the request of the women to protect their identity.

The biggest beauty trends of 2021, according to experts

Mayor asked for sex in exchange for speed bumps